When PERSONA 5’s Joker was revealed as the first character on SUPER SMASH BROS. ULTIMATE’s Fighters Pass almost a month ago, the floodgates were opened on just who could be featured in Nintendo’s mega-popular party brawler. Hailing from a largely Sony-exclusive franchise, Joker is the harbinger of a gaggle of cameos that Nintendo assures will “surprise” fans. We here at Merry-Go-Round have had plenty of time to get cozy with ULTIMATE’s new cast of fighters, and with at least four more combatants to be announced, here are some guest appearances that we’d like to see happen. 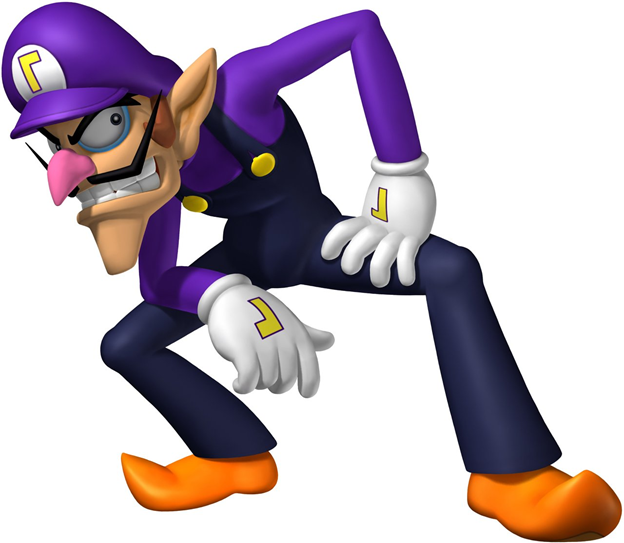 Look, you know you weren’t getting through this list without an entry dedicated to the most misunderstood member of the Mushroom Kingdom, so let’s just get it out of the way. Waluigi has been an assist trophy in Smash since BRAWL, and to this day fans of the purple plumber have clamored for him to be promoted to fighter status. Upward mobility isn’t unheard of for the franchise; once relegated to Lucina’s Final Smash, Chrom joined the roster of full-fledged fighters in ULTIMATE (because what the game really needed was another swordsman from Fire Emblem).

Unlike the Ylissean prince, Waluigi isn’t tied down to any one corner. Though he hasn’t starred in his own game yet, Waluigi has appeared in nearly every Mario sports and party title, which would allow some degree of freedom in designing his playstyle. Aside from the misanthropic plumber’s obvious aptitude for tennis, he could be the first Mario character in Smash to leverage his knack for driving go-karts or taking headers from soccer balls a la SUPER MARIO STRIKERS. Honestly, it doesn’t matter how Waluigi translates to the popular brawler, just as long as he finally gets the justice he deserves. [Ed] 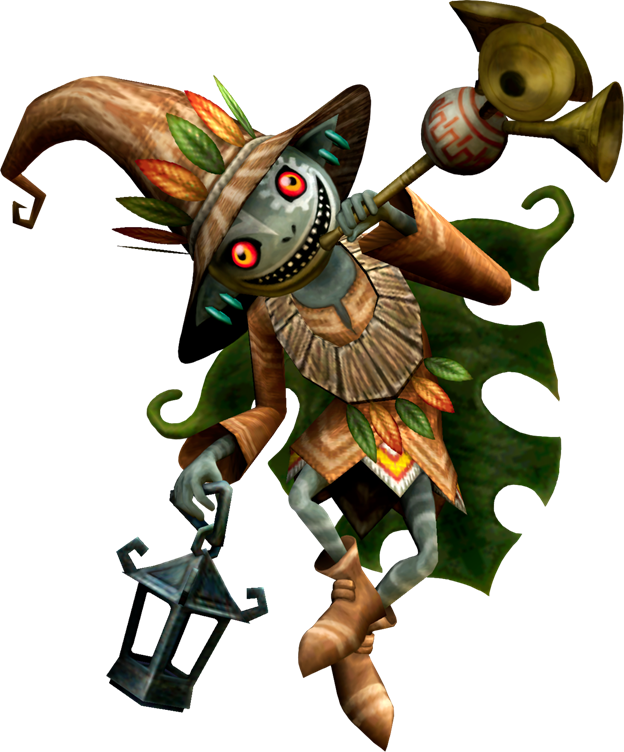 I know we have six Zelda characters already, but is Toon Link really necessary? Why not subvert expectations and include a fantasy terrorist instead? Next to Ganondorf, Skull Kid is the most iconic villain of Hyrule. From his haunting laugh, to his eerie, Kodama-like mask, he bleeds chaotic, dark energy. And I would love to watch him wreak havoc on the Smash stage.

Skull Kid has a lot of fun powers and abilities that are versatile and well-suited for the Smash Bros. universe. In the opening minutes of MAJORA’S MASK, he transforms Link into a Deku Scrub—a move which could translate as an attack with a special effect, like Donkey Kong’s paralyzing headbutt. Two fairies, Tatl and Tael, are closely aligned with Skull Kid, and often punch or beat his enemies out of spite. These two fairies could act as a long-range attack for the character, hovering around him as a passive. Like a combination of Ness and Zelda, Skull Kid is strongest using magic-based attacks. Just try not to let him get the Smash ball, or he’ll bring the Moon crashing down. [Tracy] 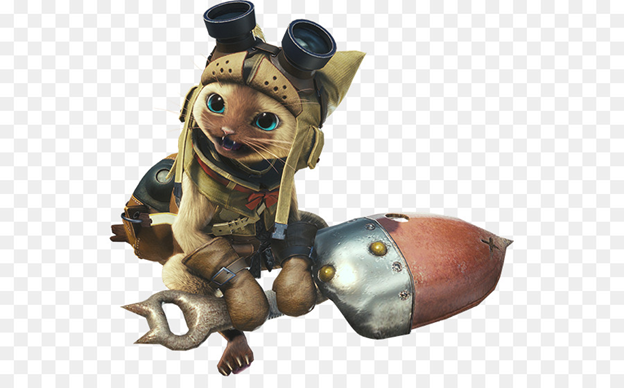 Okay… so, hear me out. The Monster Hunter series is arguably one of the most popular properties in the Japanese market, and as of late has been killing it in the West with MONSTER HUNTER WORLD. With how much the recent Smash-fest has been branching out to Capcom fans with the likes of Mega Man and Ryu, it’d seem only appropriate to add another heavy-hitter rep to the roster. And while I’m sure everyone wants another “anime sword boy” to join the veritable pantheon Sakurai’s compiled, I have a rebuttal: cats.

Our furry Felyne compatriot and unofficial mascot is abrim with cuteness, charm, and combat capability, making him an easy work-in to this melee menagerie. The possibilities are abundant: side-smashes and overhead bashes with hammers, placing traps to lock combatants in place, charging B to prep a massive ballista, or even adding random buffs to friend and foe alike with the Hunting Horn. And when it comes to a Final Smash, I can just picture a whole squad of these bad boys swooping in on a Rathalos to really bring the pain. This newcomer would be, in a word, purrfect. [Jon] 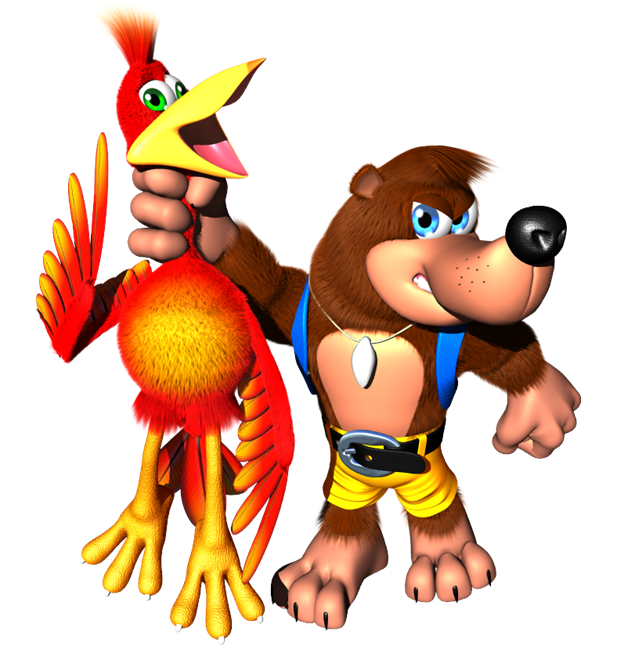 Few duos scream “Nintendo 64” more than Banjo & Kazooie, and yet we still haven’t been able to control these fine-feathered friends in Smash yet. Admittedly, there are a few obstacles to their inclusion: the pair are currently owned by Microsoft, who purchased Rare awhile back, and until the recent addition of Shovel Knight as an assist trophy, characters from Western franchises have never been featured in the brawler. But with both Microsoft and Nintendo leading the charge for cross-platform play this generation, crazier things have happened, and if any developer outside of Japan has earned a seat at the table, it’s the house that built Donkey Kong.

From a gameplay perspective, Banjo could roll around with trademark sidekick on his back and smash opponents with oversized paws. Kazooie would shine with his limited flight abilities to aid in Banjo’s recovery, and the two could unleash cooperative smash attacks accentuated by some brutal pecks and egg shots. Seeing as Banjo can be found behind the wheel in both Diddy Kong and Sonic’s own racing spin-offs (as well as the best-forgotten NUTS & BOLTS), Nintendo could also toss Banjo’s abilities as an automotive mechanic into the fray. Pair all of this with a colorful Spiral Mountain stage and some nostalgic music tracks, and Nintendo could have one incredible DLC package. [Jason] 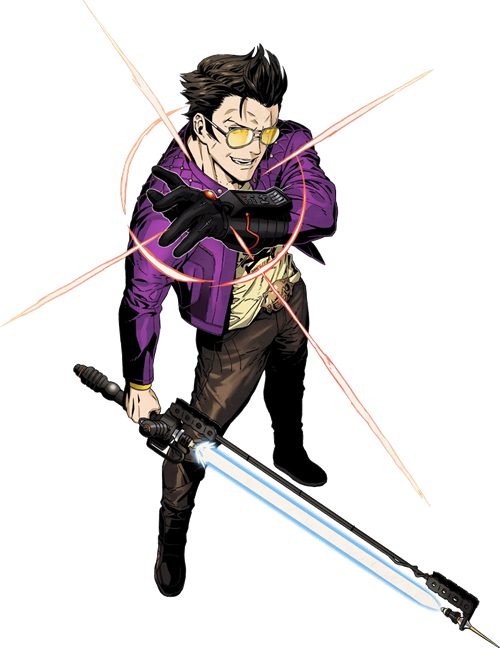 In 2007, the Wii’s motion controls brought doubts among even the most devoted Nintendorks, but there was one game that provided a motion-activated fantasy anyone could get behind. Suda51’s NO MORE HEROES combined satisfying saber-slashing with an intense visual style, and it, along with its lovable star, Travis Touchdown, became an overnight cult classic on Nintendo systems. The newest entry in the series, TRAVIS STRIKES AGAIN, is centered around crossovers with other kinetic indie icons, so who else could be more appropriate to make a cameo appearance in Smash?

Travis is a foul-mouthed otaku who, after buying a “beam katana” online, tries to become the world’s best assassin. Though he’d be another anime swordsman (or at least an anime-obsessed one), his disposition would add some needed levity to the roster. A trademark mechanic in NMH is that the beam katana grows in length as Travis builds combos, but must also be shaken periodically to keep the batteries charged. In ULTIMATE, this could translate to an elaborate version of Little Mac’s KO meter with an Inkling-like ammo bar to keep him from being overpowered. Travis even has a wrestling background which can be used in elaborate grabs and throws. [Alexander] 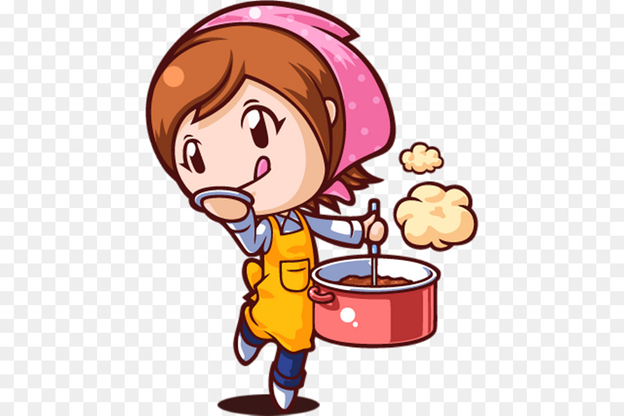 Since I first became acquainted with the titular culinary matron during marathon sessions of COOKING MAMA: COOK OFF, I thought she’d be an ideal candidate for a Smash Bros. game. While she may give off the impression of being a kind and gentle kitchen mentor, those who have failed to properly separate an egg white or turned the heat too high during a soup simmer know that Mama’s got quite a fiery temper as well, a fearsome wrath that could easily commandeer a brawl with any character with the audacity to enter her World Kitchen. The stage builds itself: a fully destructible, massive kitchen where environmental effects such as stove-top burners, hot pans, and ovens can come into play.

Distinct, memorable, and with a bevvy of built-in catchphrases (I can already hear the morose “Better than Mama!” she would offer when defeated), Mama would fit right in with Jigglypuff and Isabelle in the “cute-but-deadly” corner. There’s already precedent for culinary-related fighting with Mr. Game & Watch and the Cook Kirby special move, so imagine the possibilities! Kebab skewers! A frying pan to the face! A smash move where she “tenderizes” an opponent with her fists and “prepares” them with sushi knives! Cooking Mama is an unsung candidate for Smash that needs to be implemented as soon as possible. [Thomas] 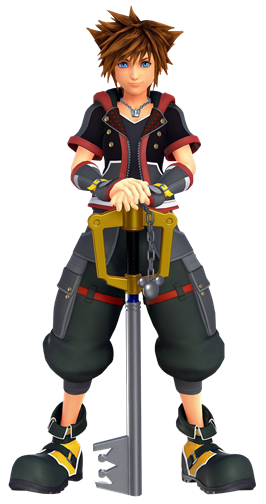 Had this article come through a couple weeks ago, before the announcement at The Game Awards blew up the gaming news world, I would’ve written at length about how well the inimitable style of PERSONA 5 would work with SUPER SMASH BROS. ULTIMATE’s quirky cast—but alas, Joker’s inclusion as the first DLC character left me dreaming of other outlandish possibilities, with Kingdom Hearts’ plucky hero Sora prime among them. With the long-awaited KINGDOM HEARTS III fast approaching and hype at a fever pitch, now would be as good a time as ever to pull another iconic character into the fold.

Sora’s repertoire of keyblade techniques would be his standard attacks, but a floaty aerial style and high-jumping capabilities could set him pretty far apart from the other Sword Boys. Sora’s special attacks, however, would be where the real fun lies; magic attacks like Blizzard or Aero could be performed repeatedly at the cost of MP, with a gauge resembling Kingdom Hearts’ magic bar depicting available combo “charges.” Without MP, Sora would be unable to repeat specials, with lengthier recovery between moves. Sora’s inclusion almost seems like a no-brainer, especially after KH’s producer, Shinji Hashimoto, seemingly endorsed the idea in a Twitter response. The only real hurdle would be getting Disney on board—they own the rights to KINGDOM HEARTS, so Nintendo might have its work cut out for it trying to get a deal in place. [Angelo]