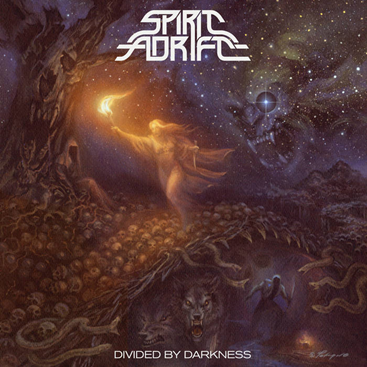 Rock and metal are very traditional genres, and many of the biggest breakout stars in the mainstream throughout the last fifteen or so years, from Ghost to Royal Blood to Greta Van Fleet, have been throwback acts. Now it’s getting to the point where new bands are just as influenced by classic rock as they are by the newer waves of heavy hitters that themselves pulled from the past. That’s why if you go onto Spirit Adrift’s Spotify biography, they are defined as something for fans of prestigious acts like Metallica, Candlemass, and Iron Maiden, as well as more recent bands like Ghost; however, moving in the more melodic direction of the latter bands has produced their best record yet.

Spirit Adrift started out making competent, if disposable, doom metal on CHAINED TO OBLIVION before cutting the songs down and taking more from the NWBH’s playbook of emotive, faster playing on CURSE OF CONCEPTION. DIVIDED BY DARKNESS has further softened the impact, but replaced it with a greater emphasis on hooks and melody that supplement the gothic atmosphere—think Tribulation mixed with the Sword. The shorter songs are still packed with great solos and effective transitions, especially the flow from liquid fingerpicking and power chords to the rollicking, driving groove of “Angel & Abyss.” It hit the same highs as Ozzy’s early solo work, especially given the similar eerie vocal production; “Hear Her” could be a long-forgotten Ozzy B-Side, and it would be a fantastic one at that. I’ve always believed that blatant grave-robbing is fine if you do something with it, and Spirit Adrift have only continued to find their own voice by borrowing more from others.  If you want a modern metal record on which you can actually make out a bass guitar, check out DIVIDED BY DARKNESS here. [Blake Michelle] 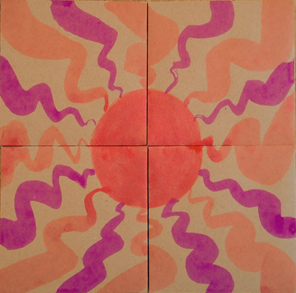 Tuluum Shimmering – THESE FLOWERS IN DAWN’S TWILIGHT AT ILLUSION TEMPLE

Yeah, yeah, yer dear Editor-in-Chief is up to his old tricks again, having the audacity to recommend you a 217-minute 2019 New Age album with a cornerstone track that stretches over an hour on its own accord. But you see, dear reader, I have always been a champion of the underdog and the unsung, and New Age has gotten a bad rap throughout the years. Is some New Age insufferable? Absolutely! But people are loath to acknowledge the inherent intellectual engagement of creating music explicitly intended for the background, nevermind the captivating considerations of how music, spirituality, and enlightenment can all relate. THESE FLOWERS IN DAWN’S TWILIGHT AT ILLUSION TEMPLE is all recording grain, pan flute, Asiatic instrumentation, tribalistic rhythms, lo-fi trappings circa James Ferraro’s MARBLE SURF, and transcendence through repetition (Kierkegaardian repetition if ya nasty, but let’s leave the pretension of my collegiate theses in the past). Those looking only for high-octane delights should look elsewhere, but it’s hard to argue that Tuluum Shimmering doesn’t do precisely what he purports to on the tin, offering up a lush, subtly but no less intricately layered menagerie of psychedelic dreamscapes begging to get lost in. Is it all a little Santa Cruz or Ojai crystal shop? Certainly, but to entirely write off the all-consuming and immersive experience on those grounds alone is foolish. All I know for certain is that THESE FLOWERS made the world seem a little less heart-pounding and death-gripped for its not-insignificant runtime, and that’s good enough for me. Also, if this wasn’t clear already, absolutely do shrooms and zone out to this, brother. Give it a listen over on Bandcamp.  [Thomas Seraydarian]

With Nothing to Prove, Schoolboy Q’s CRASH TALK Is a Sloppy Misfire

A COWBOY Mac DeMarco Is Not