Political centrists. Old El Paso. Touchy club promoters that sort of just want to hang out with the group of women they’re supposed to be servicing. These three evil organizations may be full of shit, but they’ve managed to live life in accordance with an age-old question that has BOOKSMART’s Molly and Amy stumped: why not both? The two have spent their high school careers firmly detached from their free-wheeling, partying classmates in the quest of nabbing great grades to get into their dream schools. And it pays off: Molly’s headed to law school and Amy’s taking a gap year in Botswana. On the last day of school, the two are horrified to learn that the kids who partied *also* got into their dream ivy league schools (no bribery schemes at play) and were simultaneously able to embrace and balance the sweet nectar of adolescent hedonism. Replace “losing my virginity” with “going to a party,” Jonah Hill for his little sister, Beanie, and conversations about the Coens directing porn with remorse for Hillary Clinton’s loss and you have a Twitter-indebted remodel of SUPERBAD, the eternal odyssey for pleasure in the hands of the teenagers who watched their country fall apart while having to endure the tribulations of higher education. 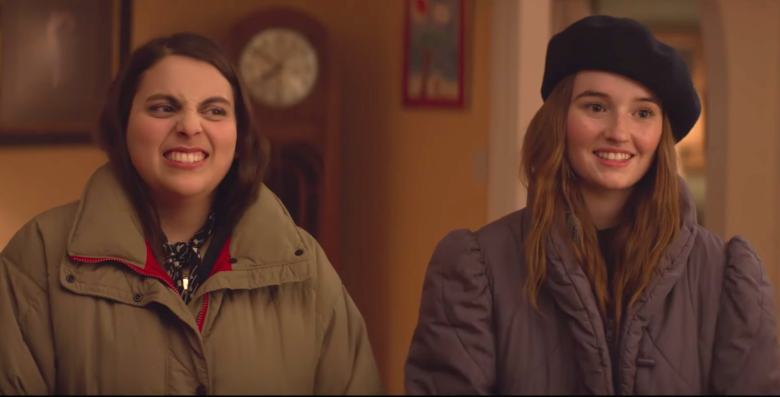 To get it out of the way: this movie is intensely derivative. And that’s fine! So is everyone’s high school experience, and, honestly, it truly feels as if Olivia Wilde wants nothing more than to pay tribute to the positive, joyful media that shaped her and her generation by working to recreate it. How can you dislike that? That’s all good and fine, but Wilde falls into a minor minefield of first-time director traps, with most scenes heavy on the paprika: simple moments over-flavored by a chef worried that simplicity will not suffice. Wilde’s experience directing has been in shorts and music videos, and the latter’s influence shows the most, with much of BOOKSMART veering off-road into strained aesthetic, be it Instagram-tailored string-lights hung in a loser’s Uber that’d be a much funnier gesture if they were shoddily mounted, or seeing the girls sitting on a curb outside of an immaculately location-scouted pizzeria with a kitschy light-box-mounted sign. Every scene has to have its own *thing*. The most radioactive example is during a climactic argument between Molly and Amy that plays in a single take. Kaitlyn Dever and Beanie Feldstein are slaying it, transmitting their effortless effervescence into genuine tension, but right in the heat of the moment, Wilde cuts out the audio, leaving only the ringing of an explosion blast, and it’s just the worst-placed overcompensation of direction that serves only to undermine the blistered emotion of the moment.

You know that thing in raunchy comedies these days where a chaotic scene plays in slow-mo and the punchline is that a frazzled character is mouthing “Whaaaat the fuuuuuck?” Think of 10 other similar modern comedy tropes and it is likely Wilde’s given them a home in her debut; stylized comedy is not the enemy, but BOOKSMART scrambles to determine its individuality with such dependence on drained familiars. When the film decides to manically go off the rails, it gleams with cartoonish rays of mischief—though never clearly defined, it feels as if the leading ladies are playing straight men to the ridiculous community around them, these two humans diving headfirst into The Simpsons’ Springfield. If anything, the wobbly balance of AS TOLD BY GINGER grounded character work and full-on REN & STIMPY insanity is endearing, culminating in a narrative that virtually replicates the hobbling adrenaline of a long night imbibed. 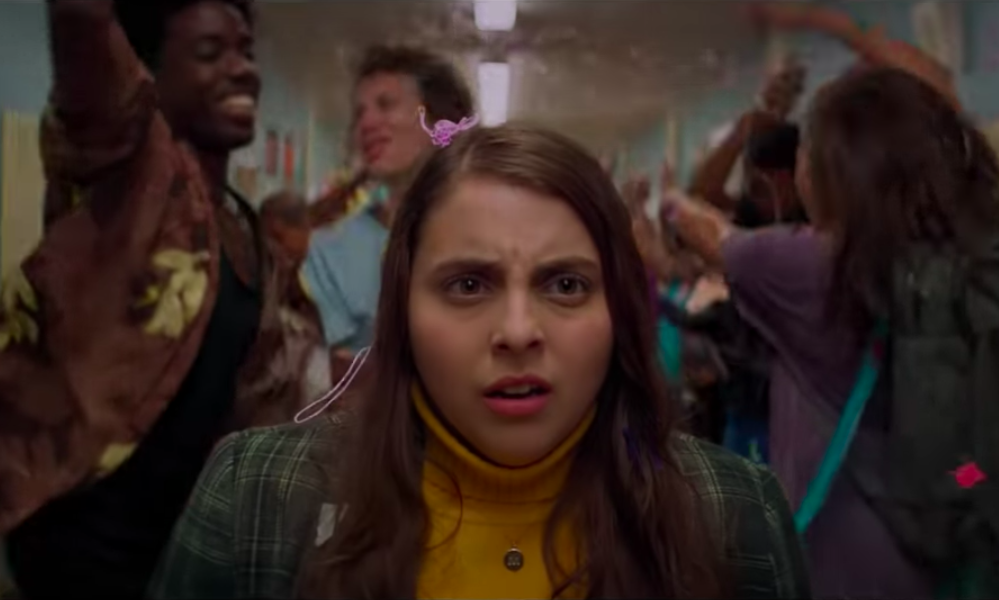 For as harsh as I’ve been, I’m a fan of BOOKSMART. Dude, I followed most of the cast and crew on Instagram—the love and affection these collaborators have for one another emanates from the screen. The whole picture is a fun popcorn romp, but I admire how Wilde and company have decided to explore the modern “try-hard,” both celebrating the advances of American youth in rejuvenating the political landscape and rebuking the starkness of their dispositions. The social practice of liberalism rendered elitist by nose-up demeanors toward your peers not only mounds a fatiguing non-stop hostility that quickly begins to annul your efforts of practiced ideology, but it makes it so no one ever wants to be like you. How do you change the world with your self-perceived model behavior if you exert no attention or worth to the general consensus—the beliefs held by the many might be dumb (writer’s note: they’re definitely dumb), but these are your fellow troops, if not now, then later. Coarse, generality-laden distaste for those who appear below you and your personal visions is not just naive, it’s not fucking chill, oh my god, what are you expecting to be accomplished from this? 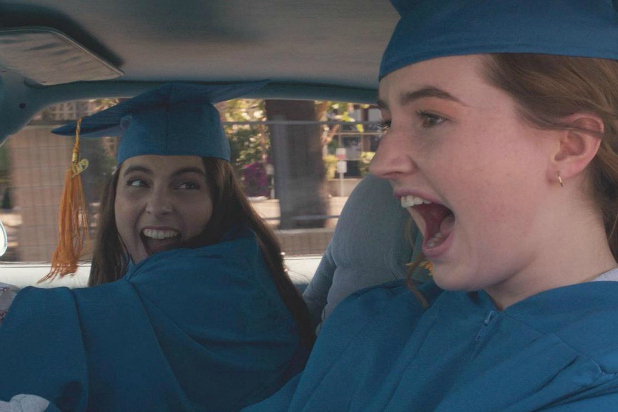 The possibilities for guiding our future generations into a better America are boundless; there is no clear model for success, nor is there a singular definition of it. But there’s definitely ways to fuck it all up. BOOKSMART argues that these kids, lest they wish to be swallowed whole, must reassess their approach to Generation Z and chill out, a hollow-tip loaded sentiment in a film about women by women. There’s more going on here beneath the surface, even if those ideas are served better in a show like Broad City, from which BOOKSMART borrows quite liberally from (however, disappointingly leaving behind the whole “Hey, we’re privileged young white girls” discourse that the show has a ball with), and I commend Olivia Wilde for accurately grasping the anxieties of America’s woke youth so that her muses have an empathetic base in demented reality for their explosive rapport. Is the movie itself woke? Ehh, hey, look over there, an animated drug trip scene! That’s funny! You may have already seen this movie several times before, but have you ever seen it this lovingly performed?