It’s that special time of year, boys and girls! That time where all reaches of the gaming scene join together in self-congratulation and market euphoria, shilling to audience and stockholder alike with roarous aplomb and heavy cringe in the name of peddling the hot new shit, building hype for the industry’s coming attractions. Yessir, it’s E3 time again. And while I may give my hearty jabs at how transparent the whole marketing song and dance is, I think it’s safe to claim that most of us in the community genuinely look forward to the spectacle of E3 each summer season. It’s a fun little distraction seeing what the biggest names in the industry have cooking, and generally gives us all a good prognosis of what to expect of a given company in the year to come (assuming it isn’t all bullshit *cough* ANTHEM *cough*).

I personally chose to focus on the boys over at Bethesda Softworks, partly out of love for their flagship properties, but also equally out of morbid curiosity for how they’ve dealt with slogging through 12 months of vitriol (spoiler alert, they don’t care). The latter, of course, wasn’t really touched on because of the “woo, look at how much we do for you!” mentality we see at these types of conferences. But, I have to say that outside of wince-worthy dialogue and obvious hype-men shouting like rutting chimps interspersed throughout, there were honestly some genuinely intriguing showcases (mostly from the smaller studios under the Bethesda banner) that I look forward to seeing develop or even getting my hands on by year’s end. Listed below is a general breakdown of the whole shebang: 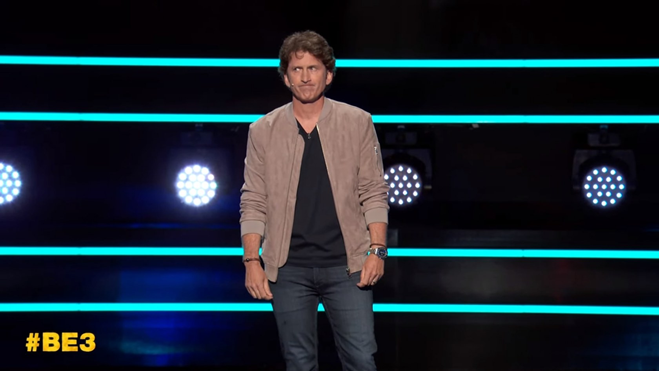 But seriously. So much cringe.

The conference started pretty slow, with a recall of what Bethesda’s accomplished in its lifespan. It was that schmaltzy, overtly sentimental fan interaction video we’ve all seen time and time again to represent the “strength” of “one of the best communities,” bolstering what allegedly drives this Maryland-based game developer. Which, of course, is interspersed with mentions of how much people apparently love their mobile games like ELDER SCROLLS: BLADES and why they’ll apparently love the new Switch version coming out.

An admirable effort, Bethesda, but one we can all see through as general pandering and a bid to pad out the conference run-time before getting to the good stuff. 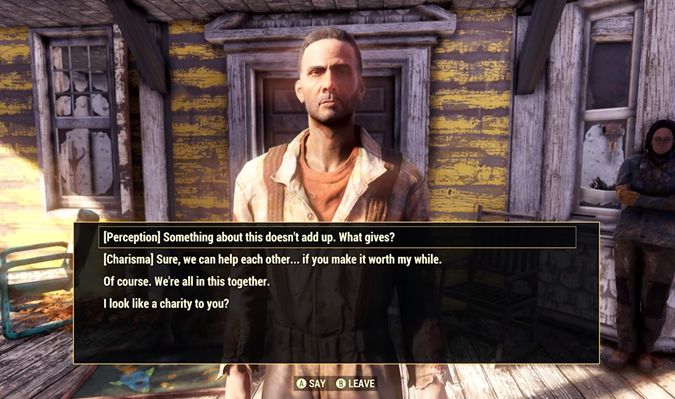 The first major game put on the slab is the hot mess of FALLOUT 76, harbinger of many of last year’s corporate faux paus. For an MMO that’s largely lost its player base in 6 months due to a near incomplete launch and neutered multiplayer, there seems to be quite a bit of content planned for the near future of this title in the form of two DLC/updates, assumingly in an attempt to resuscitate the cadaver.

We see both good and bad decisions appear in this showcase: a return to form presented by “Wastelanders,” a substantial overhaul of the game that adds back human NPCs and a revival of the roleplaying basics like dialogue choices and consequences to your decisions, and a shameless ploy in “Nuclear Winter,” which consequently decides to take part of the goodwill away by throwing in yet another Battle Royale mode into the oversaturated market. Yet while I certainly roll my eyes to no end for the latter, I can at least appreciate the effort, from both ends of the spectrum, to make this vacuous, initially incomplete product into something greater than the low-calorie RUST it’s become known as the past few quarters. 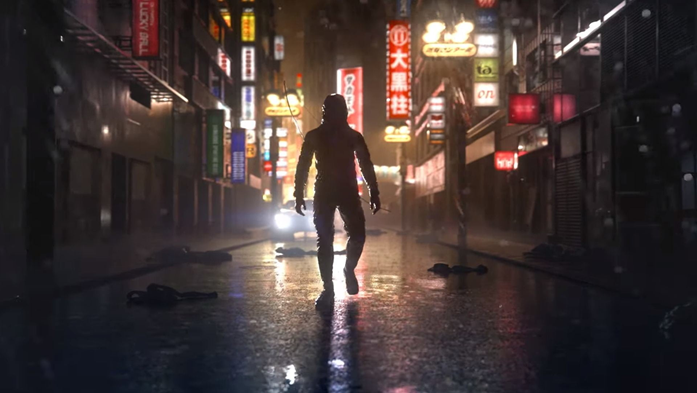 3) A PEEK AT THE PARANORMAL WITH GHOSTWIRE: TOKYO

Following this news was arguably the most interesting tease of the conference—GHOSTWIRE: TOKYO. Headed by Japanese developer Tango Gameworks, this action-adventure title appears to be a blend of contemporary horror and Sengoku-Era monstrosity, throwing us into a scenario where Japan’s population is sporadically disappearing in a Rapture-esque flash, while twisted beings and paranormal activities ravage the country.

There’s surreality, spooky aesthetic, and just pure anachronistic chaos thrown at you for a cool two minutes with not a lot of story involved. Which, considering it’s coming from the minds of THE EVIL WITHIN, shouldn’t be too much of a shock. And for as little time as was spent showing off this proof of concept, it certainly stood out as being one of the two big things during the show that made me double-take and legitimately hyped for more. 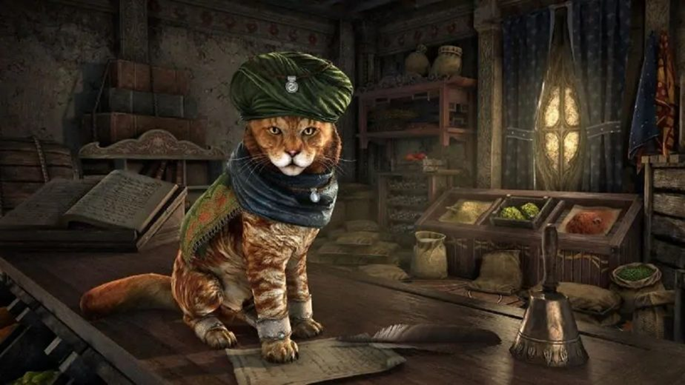 The middle third of the show was kind of a lull, largely featuring a number of expansions and upcoming DLC for pre-existing properties that weren’t as much of a garbage fire as FO76 to warrant too much attention. First off was DLC for the fresh-off-the-presses, high-octane Borderlands copycat RAGE 2, featuring all the neon-colored fanfare you’d probably expect. However, that largely seemed like your prototypical DLC with no real sense of “uniquity”; just your standard “new guns, new cars, new everything” affair.

This news was followed up with a light discussion and cinematic welcome of the newest ESO expansion, ELSWEYR, which was pretty neat I guess. Again, kind of a lull, but at least we got to see a cool animation of a Khajiit stabbing a dragon? 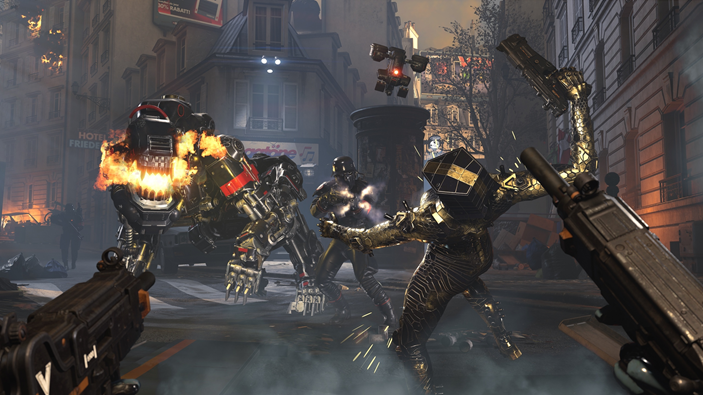 5) VR VIOLENCE AND AND CO-OP CHAOS FOR WOLFENSTEIN

Now is where Bethesda really starts to pull out the big guns (or BFGs, to be more appropriate). There’s a strong start with two brand-new Wolfenstein experiences being dropped sometime next month: WOLFENSTEIN: CYBERPILOT, which aims to bring the spectacle of graphic Nazi-slaughtering to glorious VR, and a sequel to THE NEW COLOSSUS dubbed WOLFENSTEIN: YOUNGBLOOD,  which aims to entice by letting a friend join in on the Nazi-skull bashing through co-op. Both games look to be promising, if for no other reason than the apparent joy the trailers take in making the evisceration of fascists and robo-dogs just so smooth. 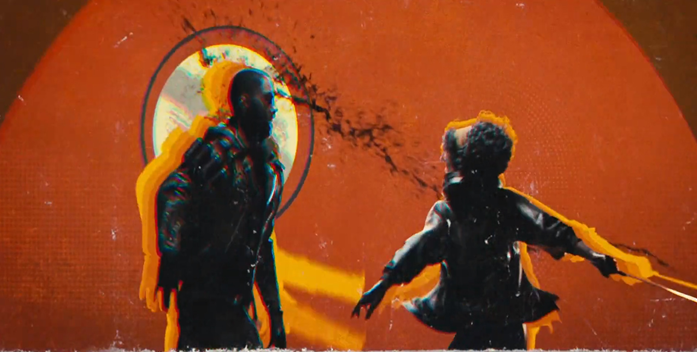 6) A SNAPSHOT OF SURREALITY IN “DEATHLOOP”

Next up was yet another proof of concept, this time from the folks behind DISHONORED, Arkane Lyon. This little number is called “DEATHLOOP.”

Like GHOSTWIRE, there wasn’t a whole bunch to go on besides a basic premise and some trippy aesthetics: two assassins forced to kill each other in a seemingly endless cycle while backdropped in a location that looks like a mashup of the flower-power Euro dystopia of WE HAPPY FEW, and the futuristic chrome aesthetic of PREY. However, perhaps just like GHOSTWIRE, it intrigued me enough to where I genuinely want to see what becomes of it. Guess I just have a thing for sci-fi and antiquity clashing in a game format. 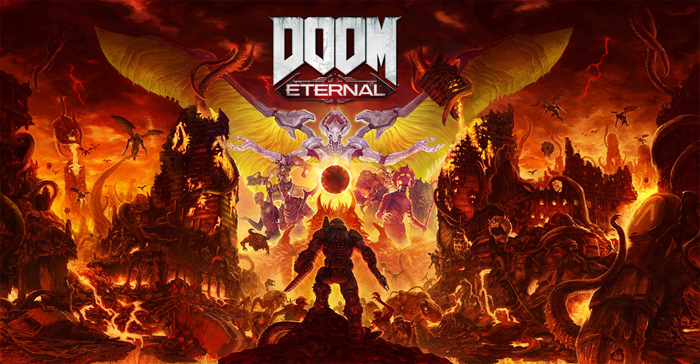 7) HYPING TO HELL AND BACK FOR DOOM: ETERNAL

But of course, the show all goes out with a bang, on the game seemingly everyone tuning in was waiting for—DOOM: ETERNAL. And boy, did it deliver. Bigger, badder, bloodier, more badass. These identifiers are essentially what this awaited sequel has in store for players come late-November, giving us that shock-jock, visceral shooter experience we got with the 2016 reboot, and bringing the mayhem from the vacuum of space to Heaven, Hell, and everywhere in between.

We see the arrival of a new 2v1 “fighting game” multiplayer mode, all new traps and means of navigation, and of course get a taste of the killer new soundtrack,  which in itself made my shriveled little metalhead heart sing. There was genuinely a lot to take in from the 20-odd minutes they devote to hyping up this title, and out of everything else shown it’s arguably the most deserving of praise. Out of everything else that night, this is the game that seemed to have the most emphasis placed around how much it’s going to make waves, given that it’s not making up for past missteps like FO76 or WOLFENSTEIN are. It’s just adding more to what was already a really fucking cool game. It’s what Bethesda’s heads of production are calling “the ultimate power fantasy,” and honestly, I can’t wait to get my hands on it.

MERRY-GO-ROUNDTABLE Episode 25: The Legacies of Artists