It is a cacophony of irony that Jewel, of all artists, so succinctly sums up the culture of 1999 that led to Woodstock ‘99 in HBO’s newest documentary, WOODSTOCK 99: PEACE, LOVE, AND RAGE. One of three women on the lineup, Jewel’s bohemian, Lilith Fair-adjacent folk rock identity was always far more in line with the supposed commodified ideals of the original Woodstock than anyone else on the bill. As she puts it, “Woodstock ’99 definitely felt like it lacked a cohesive feeling, because, in all honesty, the Gen X-ers and the next generation really weren’t fighting anything, but we wanted to be angsty and we wanted to be deep. I think the only thing we were fighting was that we didn’t have a purpose.” So frames the haunting proceedings of Garrett Price’s rollicking rock-doc odyssey.

The first in a series of HBO music docs produced by The Ringer’s Bill Simmons, WOODSTOCK 99: PEACE, LOVE, AND RAGE attempts the impossible by recapping and contextualizing one of the most infamous music festivals of all time, and it’s a heavy, albeit impressive feat. Director Garret Price does his best to contextualize the myriad ways that Woodstock ‘99 was not just a reflection of the aimless, reckless angst of white male youth at that time, but also how it contrasted what came before and after, from Woodstock ‘69 and ‘94 to Coachella just mere months later. 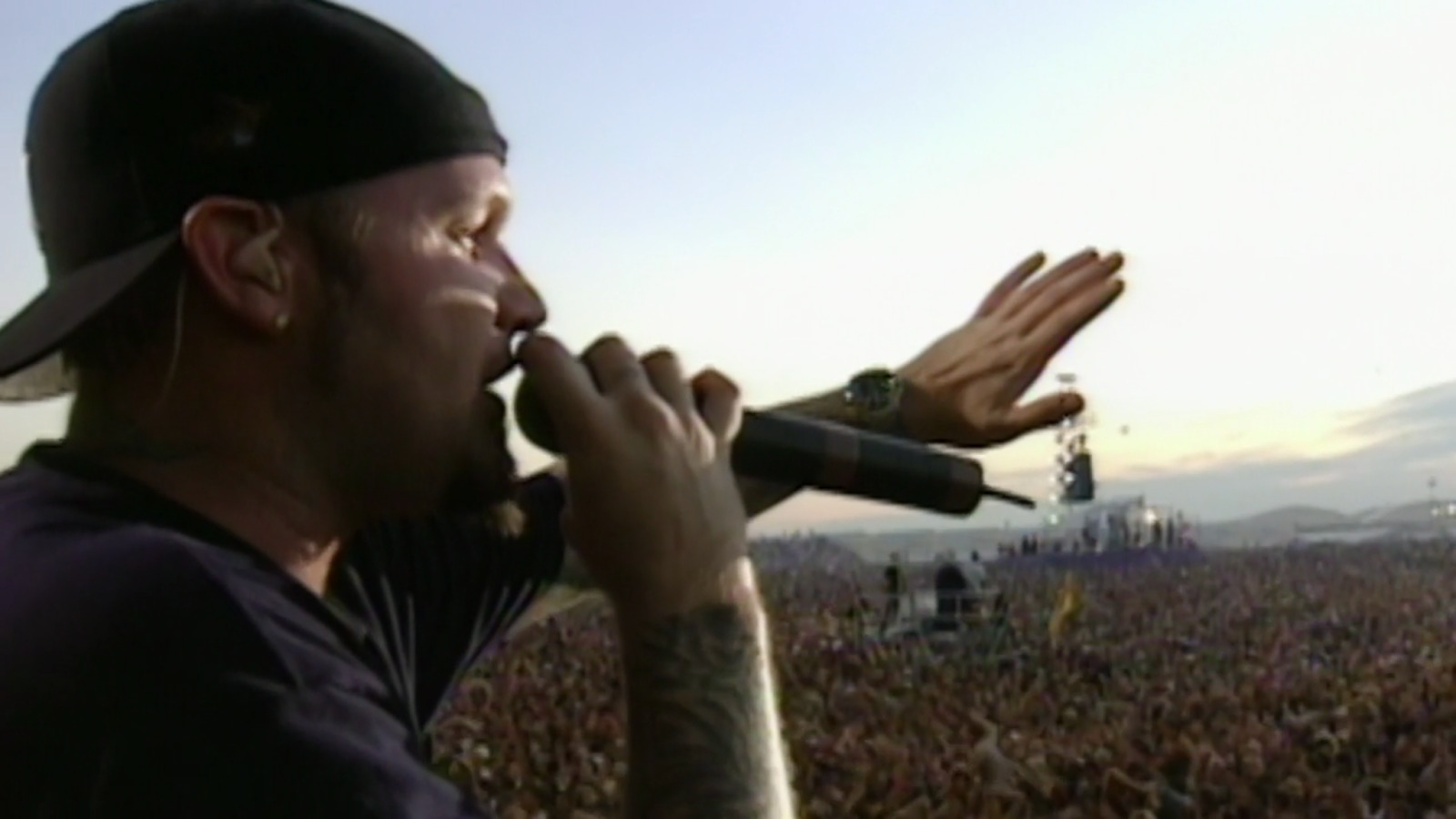 The footage and analysis are uncomfortable. You have countless topless women, many of whom might be underage, and stories of rape and death. In its darkest moment, you have festival organizer John Scher blaming the way women dressed and acted for the assaults themselves. Despite a warning before the film regarding the explicit nature of the documentary, it remains jarring to see the constant wave of negligence, sexual assault, and violence sit as documented history rather than fiction. Woodstock ‘99 always read on paper as a kind of nightmarish worst case scenario that was a hilarious product of its times—Limp Bizkit? Bush? Rusted Root? But the realities as Price lays out are far more dark, and the lasting cultural findings are important.

The catchall approach to the documentary becomes a strength and an easy criticism; there aren’t enough minutes to meaningfully explore all the varied ways the festival and its failures became a reflection of Gen X and the late ’90s, and some of these themes could easily be extrapolated into their own separate documentary. Price is playing with so many ideas that so few get the full exploration they deserve. The objectification of women in the late ’90s, the myth of peace and love from the original Woodstock, and the cultural collide experienced with a festival geared towards men could exist in longform outside of PEACE, LOVE, AND RAGE. 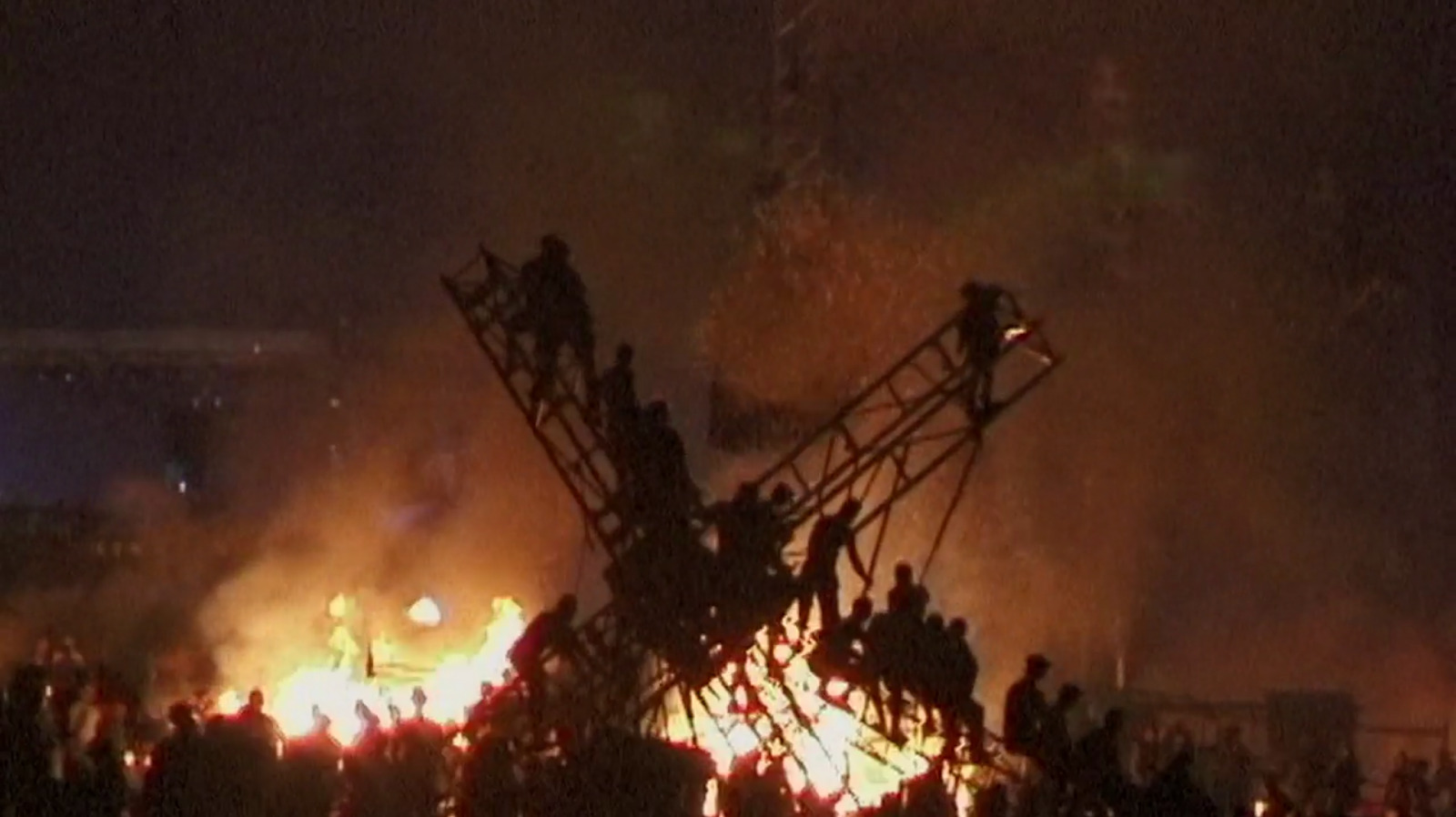 It’s worth noting that the documentary comes on the heels of Simmons and The Ringer producing a longform podcast on the topic, BURN STUFF: THE STORY OF WOODSTOCK ‘99, which was in many ways a better medium to look at the microideas buried in PEACE, LOVE, AND RAGE. The speed with which Price moves through framing the festival means some topics are brushed by as inevitable thoughts for future essays; a few minutes on the relationship between the white audience and DMX’s call-and-response use of the n-word here, a few more minutes navel-gazing the quick rise and fall of grunge there, and a brief contextual overview of nu-metal as a response to MTV for good measure. Price wants to give the fullest, broadest overview of the festival, but certainly when we land on some of the unspeakable horrors of assault and rape that took place on the campgrounds, you become almost thankful that the documentary’s focus is constantly shifting. As we inch closer and closer to seeing the famed Sunday night footage of the Red Hot Chili Peppers covering Jimi Hendrix’s “Fire” as sections of the event grounds go up in literal flames, the documentary has covered so much territory that we feel like we thematically understand the entirety of Woodstock ‘99 and the importance it played as a sea change at the turn of the millennium.

WOODSTOCK 99: PEACE, LOVE, AND RAGE becomes an important cautionary tale; it was a place where purposeless Gen X white male privilege violently clashed with Baby Boomer capitalism and nostalgia, and it’s a story that continues to play out to this day with future generations. As New York Times critic Wesley Morris tags at the end of the documentary, the aimless anger of a generation may not have found itself translating to Coachella, but it still grows and festers on Reddit and other online message boards—the cultural failures that led to Woodstock ‘99, both institutional and cultural, may seemingly rest on the shoulders of festival organizers, but make no mistake that the music and the fan response made it a wildfire waiting in the wings. That fire, as we’ve seen, has not died down, and history will be doomed to repeat itself.