Well, same old shit but a different day with Miss Taylor Swift! It has been so complex to try to explain why MISS AMERICANA was my most anticipated film of Sundance 2020, but after seeing it, I think it was obvious. I have been OBSESSED with Taylor Swift since I was 15 years old. I heard “Our Song” and I was a goner. Recent years have made me more reticent to declare myself a fan—I’ve half-jokingly started describing myself as a “Taylor Swift scholar.” I definitely spent more time thinking about Taylor Swift than I did my literal BFA, so yeah, I have a degree in Swift.

I think the most damning thing I can say about MISS AMERICANA is that it is harmless. It is fine. If you’ve been paying even a tiny amount of attention to Swift over the last few years you know every beat of this movie already. Who is MISS AMERICANA for? Obviously fans will quickly consume ANY available new content, but there are few revelations to be found here: Swift reveals she was anorexic for a time (one of the strongest scenes in the film), there’s some great footage of her cats, and a very sweet moment with her mysterious boyfriend Joe Alwyn. I have petitioned for years that there IS depth to Taylor Swift, and this film confirms it despite refusing to show it. I walked out of the screening with two new facts about Swift: she struggled with an eating disorder, and she didn’t eat a burrito until she was 27. The concert footage isn’t even new—it’s recycled clips from her 1989 and REPUTATION tour films and awards show performances. There’s also tons of footage of her winning awards, in case you needed a refresher.

But here’s the thing: I am dying to root for her. I am dying to say “Fuck it, I STAN for Taylor Swift.” But she WON’T LET ME. She refuses to acknowledge her own privilege anywhere in MISS AMERICANA. One particular highlight finds Swift fighting with her father and several members of her team over going public with her political opinions, with the CLIMAX of the film her hitting send on an Instagram post supporting a Democrat Senate candidate from Tennessee and drinking wine to celebrate. She’s terrified of what’s in store after posting on Instagram and it’s impossible to stomach knowing how many normal people are terrified of what’s in store when they leave their houses every. single. day. She talks a bit about her sexual assault case and celebrates her victory, wondering what would’ve happened had no one believed her, what happens when there’s no witnesses and no photos of the event. And then dives into a performance of (my favorite song) “Clean.” There are moments where the documentary scratches the surface of real depth, but Swift herself can’t go deep enough to acknowledge her own privilege, and that becomes grating. For a film that’s pitched as an in-depth look at Swift’s career thus far, that’s lethal. 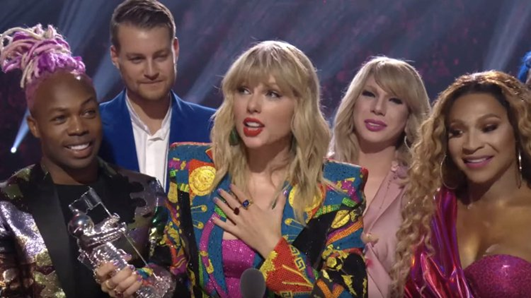 And here’s the other thing: You know this story. I definitely know this story. I can’t pity this white woman anymore. When she wins her second Album Of The Year Grammy for 1989, she mourns the fact that she doesn’t know anyone who can relate. She sighs wistfully and says, “I don’t really have the luxury of figuring things out.” And then she hops on her private jet. The finale of the film is her making the music video for “You Need To Calm Down,” which has been widely declared a commodification of queer culture. She declares herself educated, and insists that she is taking the masking tape off—Swift unmuzzled. Which leads into footage of her begging the Fab 5 from QUEER EYE (it’s not a Netflix movie without a plug!) to tell her how she can be a better ally. The celebratory finale of MISS AMERICANA is Swift winning the VMA for Video Of The Year for that song, surrounded by a squad of other queer celebrities. None of this is groundbreaking, or even very interesting. There’s lots of footage of her songwriting process for both REPUTATION and LOVER, which serves no purpose but to be filler, and is mostly available on YouTube already.

MISS AMERICANA proves that Swift has learned nothing from her time in the spotlight, which prompts me to consider: Is she seeing a therapist? Does she have someone she can talk to about all of this? Or is that why she made this self-aggrandizing, pat-on-the-back of a documentary? Between her mother’s cancer, her eating disorder, and the whole Kanye situation, is she doing any kind of introspection? Ariana Grande is a whole thing that we don’t need to get into, but she actually does what Swift simply talks about: she speaks openly about her mental health, hypes her therapist, and actively pursues self-care. But most importantly, she has HeadCount, a voter registration group, set up at every single stop on her SWEETENER tour. She posts photos with Bernie Sanders, she organized the “One Love” concert in Manchester, she performed at the March For Our Lives. It’s nice that Swift created a Change.org petition calling for LGBTQ rights, but like…. What else is she doing for us? This is not activism. And to make a 90-minute documentary where she “gets political” but really just…. posts on Instagram and makes a music video (that as far as I know didn’t even contribute financially to any LGBTQ organizations). I can’t help but imagine the project that could’ve been made with Swift as producer, financially backing a story about an actual fucking queer person? Or something actually productive, like a three-part series about Swift growing from someone who only cares about being “good” into who she is now (someone less concerned with being “good” but still obsessed with being liked), becoming politically active, and then presenting ways in which her fans can join her in learning about modern activism. This is privilege incarnate. She cannot fathom a project that is not about her, she cannot acknowledge her own privilege in even getting to make a movie like this. 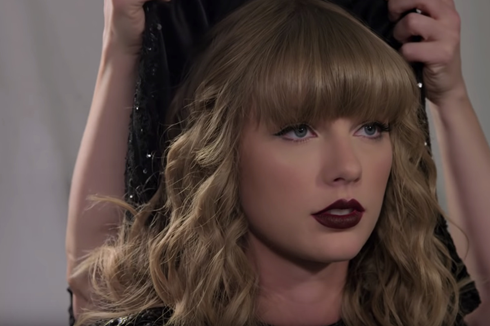 Here’s the things I loved about MISS AMERICANA: A tender moment with her boyfriend Joe, her mother yelling at her father for encouraging Swift to follow in the footsteps of the apolitical “Bob Hope and Bing Crosby? Honey, come on.” Her tiny cat walking across the keys of her piano. The paparazzi footage of Harry Styles and Tom Hiddleston. The Grammy performance of “All Too Well,” the concert footage of three of my favorite songs (“Getaway Car,” “Out Of The Woods,” and “Clean.”). I teared up! There are genuine moments where she becomes emotional and you can’t help but feel for her! But once it becomes clear that there’s been little-to-no growth, MISS AMERICANA loses its charm. I hope Swift continues down this path of educating herself and hopefully radicalizing herself and her fanbase, and I hope that in 10 years she looks back on this and feels deeply embarrassed about making this documentary.