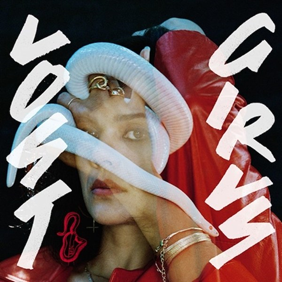 It’s 2019, baby, and you know what era’s on everybody’s mind… the Ninteen-Hundred-and-Eighties! Certainly not unique to this year, it feels as if we’ve been unable to escape the shiny, neon-tinged sounds of Reagan’s heyday for quite some time now, and we’ve simply begun to reach a point of critical mass. To its credit, LOST GIRLS is a consistently solid pop album, occasionally even a notably good one, but at this point in the general culture overall, it feels like only a moderate splash in a pond of unfathomable depths. The one major thing it does have going for it, however, is production value, production value, and production value again. The cavernous drums and crystalline mix on tracks such as “Desert Man” and “Vampires” are deliciously hi-def, with the vocals the perfect amount of assertive and atmospheric, often channeling Susanne Sundfør’s soaring, vaguely medieval timbre. In fact, there’s really no resolute dud across the digestible 38-minute runtime, even if the last three tracks aim down the middle of the plate as far as safe, ballad-leaning is concerned. However, there is something telling about the fact that the instrumental “Vampires” is the biggest takeaway over all, a perfect example of how the general aesthetic can swamp the reach of the actual craft on hand. There’s a reason why Bat For Lashes commanded so much of the “indie” conversation in the aughts, and her ability to create a left-field pop earworm is exacerbated with the more trendy genre palette on display, but there’s the unshakeable sense that artists such as Nite Jewel and Empress Of have already performed this song and dance to a slightly more receptive blogosphere audience.  Ah well, “Feel For You” is a lot of fun any way you slice it. [Thomas Seraydarian] 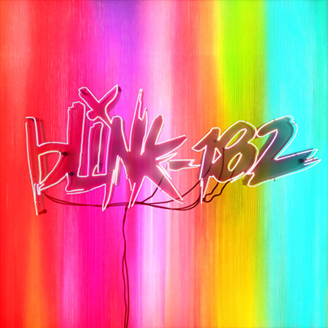 Earlier this year, Sum 41 released ORDER IN DECLINE. It was hampered by filmy drums and compressed vocals, but their embrace of heavy metal worked out surprisingly well with a lot of great, infectious riffs. Paramore’s AFTER LAUGHTER is a decent, uncompromising synthpop album with some of the band’s best writing, especially “Rose-Colored Boy.” Panic at the Disco’s most recent output has been mediocre thanks to awful, front-loaded mixing, but Brandon Urie at least seems like he has a clear vision in combining modern production with traditional musical theater bombast. There’s even a new wave of pop-punk in the underground that’s been gaining some traction, especially PUP with releases like MORBID STUFF. My point is that there’s plenty of avenues for the pop-punk of the 2000s to take: I don’t know why blink-182 chooses to suck.

NINE is eerily similar to Weezer’s BLACK ALBUM. It’s an ostensibly darker release from a band that does not know how to create or sell darkness and who stifles the tunefulness and groove that has always been their redeeming factor. The vocals are somehow even worse than they were on CALIFORNIA; Matt Skiba has a few decent performances, especially his raw anger on “No Heart to Speak Of” that saves that song’s rampant sourness, but Mark Hoppus’ robotically perfect pitch, shrill overdubs, and dead-eyed delivery kills any emotion and ruins any already weak attempts at melancholy. The verses try to create atmosphere by injecting some drippy keyboards, reverbing textures, or ponderous noodling, yet they are so aimless, the album’s basic, two-dimensional dynamism rivaling Green Day’s REVOLUTION RADIO for sheer laziness. While the hooks have more stickiness than CALIFORNIA and give the record better high points, the guitars are often buried in the mix and aren’t given any distinctive tune or presence outside of “Pin the Grenade” and a few others. Even Travis Barker’s drum work, which is still the only piece in the mix that’s allowed to be raw, is hampered by what appears to be trap skitters on “Blame It On My Youth,” “I Really Wish I Hated You,” and “On Some Emo Shit.” Much like their last record, the heaviest moment comes on the two shortest songs, “Generational Divide” and “Ransom,” which only serve to remind you that blink-182 could make decent pop-punk if they wanted to. Sadly, if CALIFORNIA proved that blink-182 could no longer be themselves over the course of an entire record, NINE shows how bad things can get when they try to be something else. [Blake Michelle] 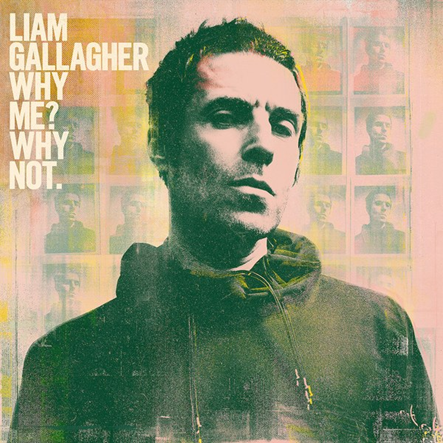 Liam Gallagher – WHY ME? WHY NOT.

“I mean, at this point there are a LOT of reasons why not.”

That’s the easy reaction joke to Liam Gallagher’s WHY ME? WHY NOT. I could rehash lots of what I wrote almost exactly two years ago, about how I’m a Noel Gallagher guy, how I believe in Noel’s sensitive creativity more than I believe in Liam’s bullish rockstardom (no matter how essential the combination of the two were during Oasis’ heyday), or how I think that Liam by himself is just kind of, well, bland. In fact, to quote myself, I more specifically said his last release, AS YOU WERE, “isn’t offensive, but it is boring.” But WHY ME? WHY NOT. somehow actually does border on offensive. The vocals here are not just lacking in any kind of dynamism, the production on them feels frequently disjointed (his nasaliness is at an all-time annoyance on the exhaustingly cobbled together “One of Us”), and the songwriting is trite and vapid. And look: I know I’m not going to Liam Gallagher for anything more than some slightly above-average Britpop jams, but even those are in short supply here. We’ll take the peppy (if not incredibly lazy) “Now That I Found You” if for no other reason than it’s got a bit of zip on the guitars and the whole thing feels stupid enough to fit perfectly in a ‘90s rom-com, but then we have to endure some insanely nauseauting multi-tracked vocals on the misguided blues rock track “Halo,” and a pale imitation of a late-career Oasis song on the title track. It’s… a mess, and not only is it a mess that’s sometimes poorly mixed or recorded (frequently the vocals just feel entirely detached from what is happening musically), it’s a mess that feels totally uninspired. Liam can literally sit on piles of cash and call people names on Twitters—why he needs to make this is unclear. As the kids say: Yikes. [CJ Simonson] 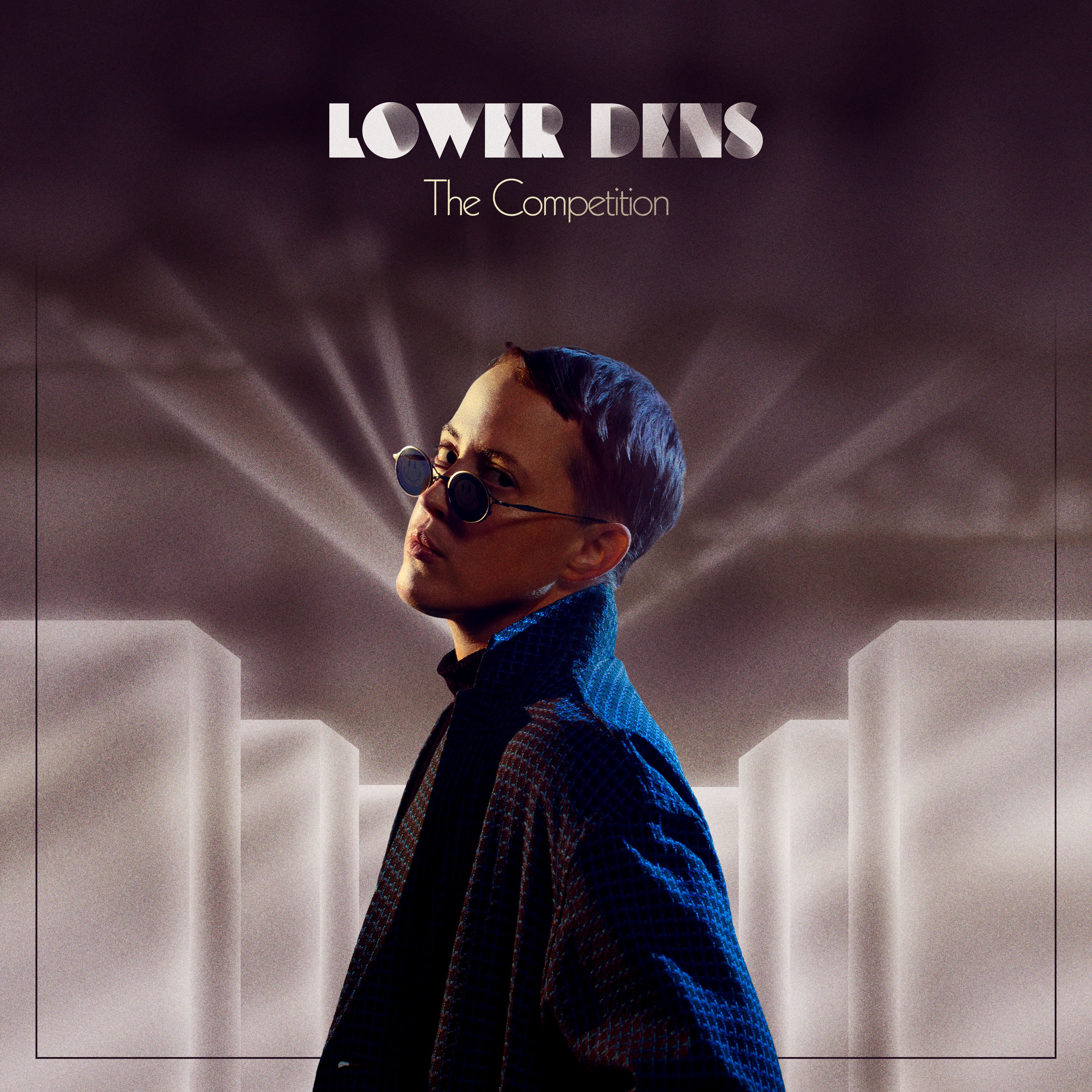 Well, I just hit the synthpop lottery this week, didn’t I (see: Bat For Lashes above)! My opinions on the rapidly fading appeal of the nostalgia for yesteryear still stand, but Lower Dens does manage to differentiate their sound on THE COMPETITION with a healthy dose of dream pop—saying it has the occasional “Beach House vibe” is a comparison that still inherently rests on the fact that Cocteau Twins are ripe for pillaging, but I digress. What is frustrating about THE COMPETITION is the fact that virtually every song starts strong, with a potential promise of consistent and significant riffage piquing the interest, only to… dissipate in terms of effect. This is due in large part to frontperson Jana Hunter’s performance. To be clear, I can entirely respect the fact that they’re willing to ebb and flow their range in the way that they do, but there is a dichotomy that gets established in terms of competent radio-single riffs and exploratory vocals that never quite locks into place. One need look no further than “I Drive” and its meaty motherfucker of an opening salvo that ends up in the flighty, nondescript mire of latter-day Passion Pit for proof of some wind being let out of the sails. The far more interesting dichotomy to explore is the fact that despite the official move to the typically effervescent wheelhouse of snythpop, Hunter and Lower Dens inject the most gravitas they’ve ever attempted into the proceedings. As such, THE COMPETITION ultimately finds itself as a record to consider. There is certainly more approachable synthpop at the end of the day, which works around the ouroboros to implicitly recommend this as a more challenging outing than you might typically experience, but the oddly xx-reminiscent groove of “Hand of God” and the evocative personal reflection of “Real Thing” are the only songs that jump out for this listener. [Thomas Seraydarian]

Genre and Medium Are Star-Crossed Lovers in SAYONARA WILD HEARTS

PARASITE Is an Elegant, Precise Allegory for the 21st Century