Another week, another Merry-Go-Round Music Roundup 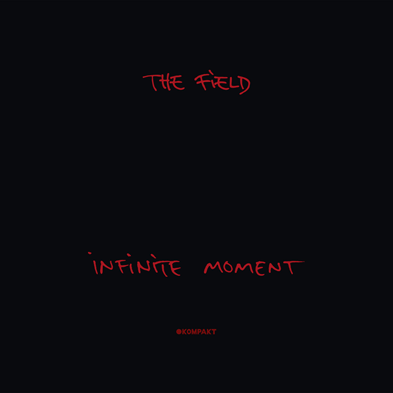 Favorite Tracks: “Made of Steel. Made of Stone,” “Divide Now,” “Hear Your Voice”

Axel Willner’s latest work reads as screen burn-in of both the club and his discography. More than a decade has passed since his first album, FROM HERE WE GO SUBLIME, a standout record in a year stocked with classics, and the records that have followed from The Field have ranged from great to okay. The artist’s sixth longform installment trends closer towards the former. None of the sprawling six tracks on INFINITE MOMENT are as tight or rigid as the compositions on his seminal debut; these offerings are more psychedelic, subtly layering bits and pieces over the course of 10 minutes before unspooling into a fluid denouement. “Hear Your Voice” is the purest embodiment, fitted with washed-out synths and hazy vocal loops that stack atop each other, gradually melting together into one cohesive pool of noise. Individual loops and instruments become less distinct in the second half of the record save for sections of “Infinite Moment,” when the synth gets so wonky and off-beat it becomes distracting. It’s the only part of the album that shakes loose of the deep groove he builds for over an hour, a particularly glaring moment considering the remainder of the record carries little in the way of memorable earworms. However, Willner’s minor misstep takes very little away from the record’s statement as a whole, a strong showing that solidifies his place among the world’s best producers. [Ryan Moloney] 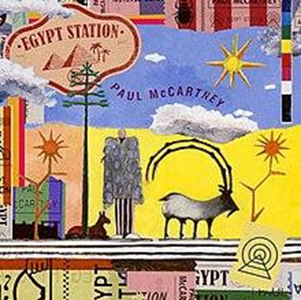 Having been on Earth for three-quarters of a century, Paul McCartney knows a thing or two about writing music. His latest release, EGYPT STATION, is a testament to his innate ability to craft a song. That being said, there are times when it feels like he is at odds with the constraints of being a legacy act. “Fuh You” is a prime example of this; in his attempt to push the envelope, he ends up tangled in an overproduced swamp. The more straightforward “I Don’t Know,” on the other hand, serves the album much better. But even then, how can it not be compared to McCartney’s previous canon—one that happens to be one of the most influential of all time? It’s not even a Beatles thing. McCartney has carved a place for himself under his singular name, but yet there’s nothing on here that reaches the heights of “Jet” or “Band on the Run.” Yet, was anyone expecting there to be? McCartney isn’t the only one—the same case can be made for Brian Wilson or the Rolling Stones. Perhaps it’s less about the music than what the music represents. It’s the sentiment that McCartney will continue to make art, unfazed by the total shift in the music industry; from streaming service algorithms to the increased sophistication of production, making music is a completely different game. With EGYPT STATION, McCartney wants you to know he’s still a player. For better or worse, he’s not going anywhere, and that in itself is a very comforting thing. [Claire Epting] 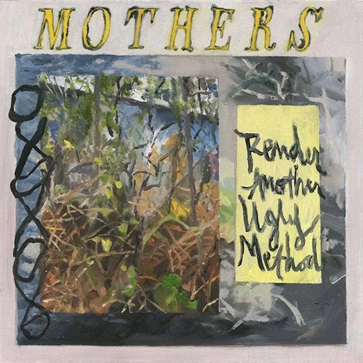 For those who were looking for a heartbreaking swirl of folksy visuals and cinematic, building rock music, WHEN YOU WALK A LONG DISTANCE YOU ARE TIRED gladly, if at times obviously, filled that hole. It was a record that with the benefit of retrospect took for granted how perfect Kristine Leschper’s vocals could feel amidst swelling strings, plucked guitars, and the darker, folksier corners of indie rock. I speak in the past tense, because the Georgia quartet’s latest album, RENDER ANOTHER UGLY METHOD, contains little of either the heartbreak or the whimsy of its predecessor, leaning into post-punk and the more rigid corners of art rock to fairly mixed results. At times, Mothers ride this new direction into some interesting corners of classic rock. “PINK” is a monster of a song, a nearly seven-minute downhill gripper that sees bassist Chris Goggins working overtime with grooves that are both funky and slightly scary through a sound that hits Joy Division and Gang of Four with more indie rock urgency, and the vocal production and floating guitars on closer “FAT CHANCE” give off a seam-bursting Pink Floyd feel. But the shift in sound, while decidedly more experimental in ways that are often challenging and even sometimes satisfying, frequently seem off. When it works it works—the frantic, math-y, skittering pulses that make up “BLAME KIT,” in particular, feel at once like a different band than the one we heard two years ago and also comfortably at ease. While Goggins’ elevated obviousness on RENDER ANOTHER UGLY METHOD certainly pushes the directional shifts here, Leschper’s vocals went from a thing of beauty to something gnarled and anxious. Look no further than “BAPTIST TRAUMA,” where the menacing drums complement zombie-eyed vocal blasts from Leschper and result in interesting (?) but mostly tiresome results. The dragged silence throughout “MUTUAL AGREEMENT” feels similarly sluggish, failing to reach any kind of obvious peak or moment despite being over five minutes of plodding heaviness. RENDER ANOTHER UGLY MEMBER is an earnest attempt at something fresh, but it frequently gets caught up in its own attempts at reinvention to the point of dullness. Mothers remain one of the most exciting young rock bands making music right now, but beyond a few high peaks, this is mostly a letdown. [CJ Simonson] 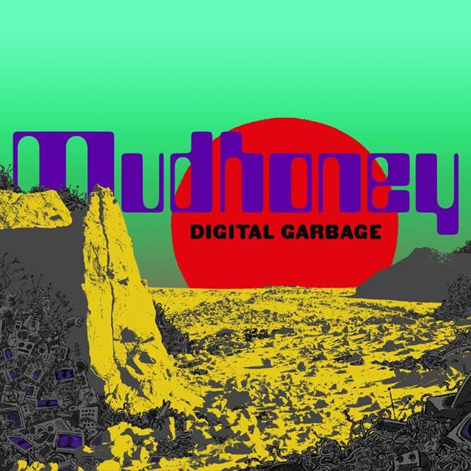 One of the first bands to fuse bluesy snarl, punk energy, and metal heavines, DIGITAL GARBAGE continues the more streamlined alternative rock of VANISHING POINT, more akin to late ‘90s Hole than a return to the fuzzed-out, blistering impact of PIECE OF CAKE or SUPERFUZZ BIGMUFF. Even if the sound is a little softer, Mudhoney still have a knack for rhythmic, distorted crunch anchored by tight basslines, and they can slide in a salon piano or buzzing organ on songs like “Night and Fog” to add a more jazzy or psychedelic vibe without it seeming like superfluous bells-and-whistles; I honestly wish they indulged in those tones more! The solos are also a clear highlight, with the last third of “Prosperity Gospel” featuring an especially flashy, dexterous one so impeccably performed that the song can get away with not ending on another hook or chorus.

However, since DIGITAL GARBAGE is not as twisted and jagged as some of the band’s early work, it’s not a good fit for the absurd gallows humor and blunt political ideology that runs through the entire album. Songs about Jesus bemoaning humanity, appealing to a mass-shooter to kill you in Church so you get to heaven faster, or killing yourself live on Instagram for likes only come together in the right musical context or vocal delivery. Perhaps it would work if it leaned more into warped, off-kilter performances like Beck or David Yow of The Jesus Lizard, or if it took a page from A Perfect Circle’s newest album and gave a gothic, brooding atmosphere to play up the camp. DIGITAL GARBAGE tries the latter on songs like “Next Mass Extinction,” but it’s all ruined by Mark Arm’s shockingly flat delivery, generic tambre, and too-clear vocal production. Building caricatures of religious nutjobs and fear-mongering right-wing asshats and setting them on fire with manic fervor can be fun, but not when it’s nearly the entire album, and not when it’s played straight without enough charisma. It’s an admirably brazen and musically satisfying record, but it’s also vocally dull and, as a result, thematically exhausting. [Blake Michelle] 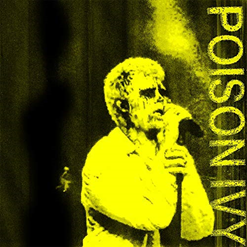 Practically every piece of writing on Yung Lean opens with some discussion of his memetic past, and I hope that if you’ve been reading Merry-Go-Round or Crossfader in any capacity these past three years you’ve at least been made aware of 2017’s still-interesting STRANGER, which finally legitimized the stoned teenager who once rapped “Hurt” in the eyes of more critical types. If you haven’t yet, give it a shot: it’s personal, melancholy, and about as loose an interpretation of hip hop you can get in a refreshingly experimental sense. As for POISON IVY… it’s hard to feel like this is anything other than an afterthought, albeit an inoffensive one. While still in the same gentler, softly neon vein as STRANGER, likely the influence of unsung S A D producer Whitearmor, who has exclusive credits here, Yung Lean has continued to improve in the traditional sense of delivery and flow, but absent of his 2017 effort’s raw vulnerability, there is a certain lack of personality present that carried even his most questionable previous efforts. Matched with even-more-questionable-than-usual lyrics (the otherwise standout “trashy” features an extremely regrettable line about the Paris attacks), quarter-baked track titles (sorry, “happy feet,” “friday the 13th,” and “sauron” are lame any way you slice it!), and a cover image making use of a simple screenshot of his stage presence on the STRANGER tour, it all just feels… flat. And yet, it is clearly a mixtape, not an official studio release, and as always, listening to it at 2 AM after a mixed drink or 10 is going to yield a different result than listening to it on your lunch break. Besides, it’s not like Yung Lean is enough of a phenomenon to have any reason from a PR reason to not release music whenever he feels like, and maybe he just had a whole closet full of Whitearmor beats to work through. For the fans, it’s pleasant enough, and for the naysayer, “silicon wings” is probably the only essential takeaway here. [Thomas Seraydarian]