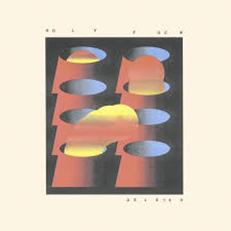 I have apparently kept up with a lot of seasoned indietronica acts over the past few years, so it feels right that I’d have to zero-in on a few words for the fifth LP from this collection of scandalously named Canadians. As you can perhaps guess, I really only have a two-word thesis: “It’s fine.” I would posit that Holy Fuck was always somewhat differentiated from their peers by the fact that they tended to avoid any genre labeling that included the word “dance,” focusing more on vaguely stoned construction of ambiance that flirted with neo-psychedelia, with some of the more out-there selections of their oeuvre even tip-toeing around post-rock. That still generally remains the case here, exemplified by cuts such as the one featuring Nicholas Allbrook of Tame Impala, with most tracks seeming destined for a mid-afternoon set at whatever festival run we get later this year that attempts to recapture the singular allure of summer. But I think the fact that just shy of 15 years into their career I’m not all that convinced they’d get anything more than a mid-afternoon set despite approaching “veteran” status is, and has always kind of been, the problem with Holy Fuck: what are they doing that hasn’t been done with more presence and agency elsewhere? While commendably aping the early aughts New York scene from day one (albeit it with the sense that the lads wore out a few Can vinyls back in their day, “San Sebastian” right there for you if you seek proof), I have LCD Soundsystem if I want bittersweet grooves with pop panache, I have Chromeo if I want goofily nostalgic navel-gazing, and I have Liars if I want something with a bit more of an angular bite (Angus Andrew features on the titular track, by the way). It’s all perfectly pleasant, sure, and cuts such as “Moment” certainly do stand out, not to mention the much more ambitiously zonked-out back-half, but DELETER doesn’t show any signs of proving that Holy Fuck is an act for anything other than opening slots and Spotify algorithms. Indietronica got white kids to dance, but now that they’re looking elsewhere for that, it’s hard to say it’s all that much of a necessity anymore, and even if Holy Fuck seems to be transitioning by the end of DELETER to a desire to get white kids tripping balls, well, there are loftier ambitions in life. [Thomas Seraydarian] 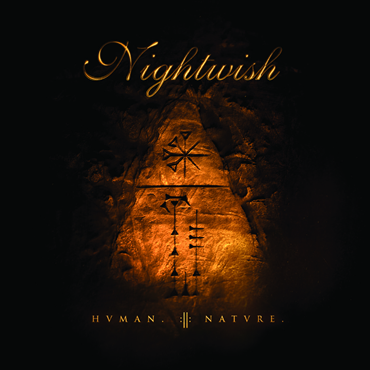 Science fiction and fantasy often serve as an allegory upon the real world, but HVMAN. :II: NATVRE. is the worst example of banal commentary masquerading as something more due to fantastical language and classical compositions that deserve far better lyrics. Aside from the pomposity of its themes, the ninth album from Finnish giants of symphonic metal Nightwish is most distinguished by its two-part structure. The first part is boringly competent and full of their typical schtick; I’ll never care for their whimsical sing-songy melodies, and Floor Jensen is still an average vocalist compared to the operatic grandeur of Tarja Turunen. However, the keyboard tones and chimes have improved from the chintziness of 1998’s OCEANSIZE and 2000’s WISHMASTER, and there are a few moments of genuine symphonic bombast and chilling atmosphere. The opening, doomy riff of “Pan” captures Paradise Lost’s grandeur, the bagpipes on “Harvest” are nothing short of electrifying, and the middle section of “Procession” features some spectacular piano and flute interplay. Sadly though, Igorr has ruined this brand of symphonic metal for me, as I kept wishing for the guitars to have more bite and the orchestral elements to feature some more striking compositions.

The second half is entirely classical instrumentals, and while I wish they flowed into each other more seamlessly, they are more consistently enjoyable. The band’s love of film soundtrack comes through in several pieces; you can see the antagonist menacingly walking down the streets while everyone retreats into the shadows in fear from the slow standing bass of “The Blue,” or Bilbo Baggins leaving his hobbit hole on an adventure over the rising harp and soaring violins on “Aurorae.” Sadly, this disc is bookended by two spoken word passages (one from Lord Byron, one from Carl Sagan) that are fine on their own but become unbearable within the context of the album: I don’t want to hear the words “economic doctrines,” “superstar,” or “corrupt politician” on a record that is supposed to immerse me in a magical world.

Nightwish’s last record, 2015’s ENDLESS FORMS MOST BEAUTIFUL, started this trend of religion-bashing and science-worshipping, with a Darwin quote for a title and a closing Richard Dawkins passage. However, it captured more wonder and majesty than HVMAN. :II: NATVRE., which just feels small and petty in comparison. “Noise” is the worst example, a screed against technology that directly references BLACK MIRROR and rivals Tool’s “Vicarious” in obnoxiousness, except both that show and song do a better job of adding a human face to their tirade. “Harvest” and “Pan” are corny odes to the greatness of art and its power to inspire, with the former listing off some great artists like its LCD Soundsystem’s “Losing My Edge.” Finally, “Tribal” is an awful repeat of The Sword’s “Empty Temples” in its characterization of faith as an ancient, unnecessary practice that can be replaced by something else, though The Sword did not compare religious people to brainless children like Nightwish do with the line “Smile to elders like a good doll,” and they had the decency to pair their Reddit soapboxing to a sweet Thin Lizzy riff instead of painfully dated “tribal’”chanting and percussion. If the music was more immersive, or if the performances were more engrossing, perhaps I’d excuse all this pomposity. As it stands, HVMAN. :II: NATVRE. only got worse the more I thought about it, and is a terrible argument for the lyrical and thematic potential of symphonic metal. [Blake Michelle] 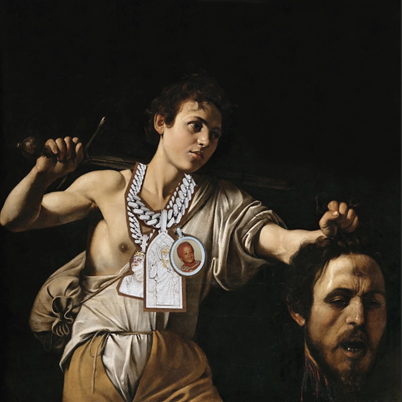 Praise be to Flygod! It seems like at least every other week East coast rap group Griselda release another project that packs a wallop and big industry players are taking notice. Of the holy trinity that is Benny the Butcher, Conway the Machine, and Westside Gunn, Westside stands as their spiritual center/endearing mascot. He can be as brutal and verbose as Benny and Conway, but there’s a fun-loving side to him that isn’t afraid to have his nasally teases hold a note. While the Griselda trio joint “George Bondo” was playing during the PRAY FOR PARIS premiere stream, current head of Louis Vuitton menswear and designer of the David and Goliath cover art, Virgil Abloh, said it sounded “effortless.” Westside responded, “It really is. We just have fun, know what I mean? Just body bags.” Not to say that there’s no effort, the work ethic and numerous bars say otherwise, but Westside Gunn shares a trait with many greats in that his eccentric style of not giving a fuck is like breathing for him. The three have been doing this their whole lives and thus “Bondo” and “Allah Sent Me” sound like superb cuts from November’s Jimmy Fallon-career-ruining Griselda album WWCD. What’s new are the heavy-hitter features. Never used as a crutch, every guest knocks it out of the park and perfectly complements Westside’s vibe on PRAY FOR PARIS. Wale’s verse on “French Toast” might be one of his best ever and that’s saying a lot. Not only does our beloved Tyler, the Creator kill the mic alongside fellow star Joey Bada$$ on “327,” his production on the Pop Smoke tribute track is top notch. Every beat oozes classiness but highlights include Soul Assassins founder DJ Muggs’ work on the early “No Vacancy” and The Alchemist’s “$500 Ounces,” which was perfect for legends Freddie Gibbs and Roc Marciano. If listener minds weren’t melted before, Cartier Williams’ tap-dancing closing the whole thing on “Le Djoliba” is sure to do the trick. As a longtime Griselda diehard, my favorite way to look like a fool is constantly telling newcomers “Okay, THIS is the full package. This is their best. Start with this one.” whenever a new project releases. But start with this one. [Alec Larios]