The United States’ 2018 midterm elections were a thing of utopian beauty. More than 47 percent of the voting-eligible American population participated, a meteoric rise from 2014’s historically low 36.7% turnout. The reign of President No. 45 has lit a flame of engagement in those who remained blissfully detached during the Obama era, those under the watch of a commander-in-chief who kept his corruptions masqueraded from the public, rather than parading on their lapels… He put on the show and we zealously cheered on. You know, widely accepted, normal politicking. As Americans have been historically conditioned to take their democratic responsibilities for granted, free-falling into a global netherworld has had much of the youth grasping at any and every ledge to combat neo-fascism with brute force civic engagement. Whether or not they’re cognizant of their roles as movers and shakers in the national conversation, the principal cast of PAHOKEE, a fly-on-the-wall documentary from creative duo Ivete Lucas and Patrick Bresnan, are coming to hard realizations about which posts their country serves to actively push them into.

Following a motley crew of Florida seniors at Pahokee High School as they round out their higher education and embark on the long journey ahead of both continued schooling and adulthood, Lucas and Bresnan attempt a completely hands-off approach, opting to let the town tell its own story. There’s a heavy air of Wiseman, the level of intimate and authorial access seemingly unlimited (given the sanctity of social guidelines, I was surprised PHS allowed cameras in the voting stalls for a school election), as we witness the ins and outs of the college application process and the rip-roaring stakes of a homecoming football match, a drum-off between rival marching bands being a particularly hilarious and exciting highlight. 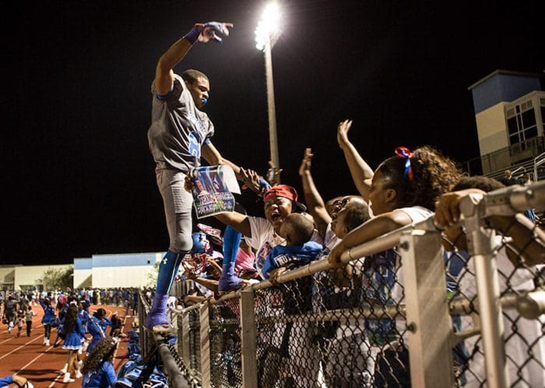 All the factors of high school that I scoffed at as a teenager are of tantamount importance in Pahokee—fascinatingly, seemingly none of it is bred from fear of a hopeless future. Times ahead will be difficult, especially for the lead drummer of the school’s marching band who balances rehearsals with raising his toddler. His immediate post-grad future is a part-time convenience store gig, but he’s clamoring for more hours during the job interview. No one is satisfied with the bare minimum; as one of the subjects, Na’Kerria Nelson, gets her hair straightened, she is asked about the future of her education by the stylist. Na’Kerria asks “what’s wrong with community college,” a question met with a silent response and an aggressive tug of the scalp.

Lucas and Bresnan elucidate so much of what I had rejected as twee and self-absorbed all throughout high school, magnifying the functions of student council, dance planning, clubs, and sports programs as practice grounds for civic engagement. The very institution of school is quite literally a simulation. It’s hard to consider it as such when wracked with the long-lasting consequences for your own future, but it’s all direct training for how to run, operate as a townsperson, and comprehend a township. All it takes is stepping back far enough to let the machine show its own gears. This distance is when PAHOKEE works best. 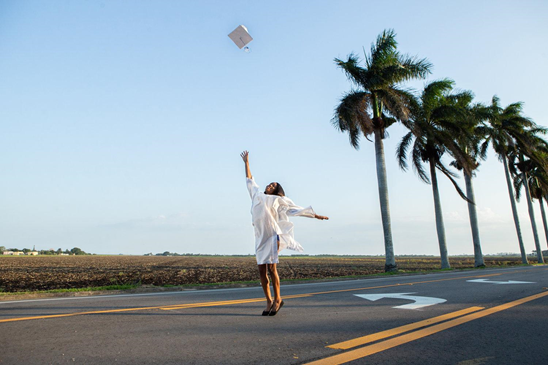 Crop burnings of sugar fields serve as one of PAHOKEE’s several visual interludes, a process in which a controlled blaze destroys the leaves and debris of the stalks. Lack of foliage makes the cane easier to harvest… I could certainly sit at my keyboard for about 10 minutes and forge some read on the greater concept at hand, but truth be told, this commentary is so slight, as is much of the search for visual poetry in PAHOKEE’s frames. Watching the film, I was enraptured in these students’ well-beings, simply thrilled to see how each took individual strides to define their own life.

Lucas and Bresnan avoid traditional editorializing, but their prescribed narrative stands in its place—there is no such thing as objective cinema, so it feels old hat to insist on methods of cinematography that create the illusion of it. In truth, they only stamp a more authorial perspective. The issue is heightened by the inclusion of archived Snapchat stories and vlog testimonials sourced from the students themselves. Watching these kids express themselves as they wish, showing the town and its impacts through their direct POV, is so much more illuminating; as clean and neat as the filmmaking is, I could not and still can’t stop thinking about a version of PAHOKEE told entirely through video journals and social media posts. Regardless, it is a distinct pleasure and honor to dive headfirst into this Florida community and watch the sun set on this bliss period. Go Blue Devils, and bless these students; hoping all the best for them.

Priests’ THE SEDUCTION OF KANSAS Is a Brilliant, Scathing Soundtrack for Our Current Times