I feel it’s absolutely necessary to preface by saying that I loved IT FOLLOWS. That film is one I think acted as a catalyst for the modern-day horror context. Everything from its ambiguous time period, to still camera work, and of course the simple, yet unique, antagonistic force. IT FOLLOWS was a film that entitles writer/director David Robert Mitchell to a good amount of respect and credit. UNDER THE SILVER LAKE, Mitchell’s sophomore outing, is one that might devoid him completely of said respect. 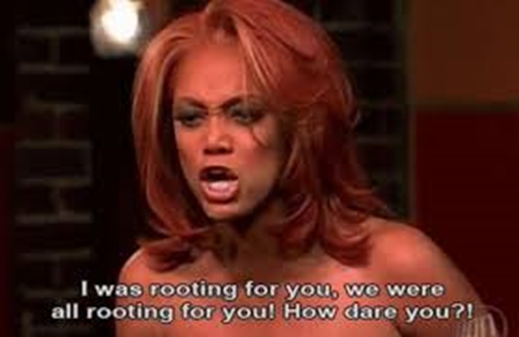 UNDER THE SILVER LAKE focuses on the life of Sam, a 20-something Angeleno whose “personality” consists of lethargy and loving tits. I truly wish I could say more about Sam, and the rest of the characters, for that matter, but truthfully, that’s about as fleshed-out as his character gets in all 138 minutes of the film. After a chance encounter with young ingenue, Sarah, Sam makes it his mission to find out what happens when she suddenly goes missing.

To be completely transparent, I missed the first 30 seconds – two minutes of the film. Yet, after seeing the film in its entirety, I almost wish I had stayed to get those Buncha Crunch, and maybe even a small popcorn. The film opens with Sam and his on-again-off-again hook-up buddy (merely named “Actress” on IMDB) sitting in his bed post-sex. If the previous is not a monolithic example of the portrayal of women in UNDER THE SILVER LAKE, I truly don’t know what is. While Actress’ tits are, of course, out, the two reminisce about their first masturbatory experience.

From there, Sam, who literally just finished having sex with this woman, ogles his neighbor Sarah. Sam and Sarah spend a night together watching HOW TO MARRY A MILLIONAIRE, the predilection of which is Sarah’s only personality trait, and share one peck. The next thing he knows, Sam is booted out, as Sarah will not have sex with him, making her practically the only woman in that film who won’t. The next day, Sam goes back to her apartment, where it seems she vanished without a trace.

What conspires next can only be described as a three-way between PAPER TOWNS, EYES WIDE SHUT, and THE LONG GOODBYE—but no one has any lube. For almost three hours, we watch Sam stumble through subplots and characters that seem to be erroneous, but are actually just poorly written. Of the entire lineup, I think the Homeless King, featured in two scenes, has the most development.

Mitchell, asserting assumed cleverness based in ego, places small hints and easter eggs to prior noir all throughout. His efforts include DARK PASSAGE camerawork, Venetian blinds, MURDER, MY SWEET frame distortion, and even the protagonist’s name being most likely a nod to “Sam Spade.” The nods to CHINATOWN and THE BIG LEBOWSKI are a given. Although, the thing about easter eggs is this: by making them completely obvious, they feel counterproductive. 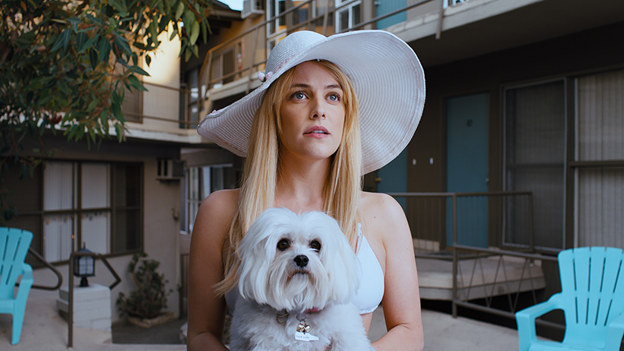 Upon further investigation, our modern day Philip Marlowe discovers plots and conspiracies that lead to more than just Sarah, but rather a commentary on the rich and elite of society as a whole. While the aforementioned notion is all well and good, Mitchell’s unclear perspective on the residents on LA adds to another layer of confusion. Throughout the whole film, there’s an oscillation between who Mitchell is mocking. In the moments we see Sam at countless eccentric parties, with bizarre costuming and makeup, the compass seems to post due millennial. Then the next scene will be another old man articulating exposition about “the people who tell us what to do” and the strength of the mass corporations at hand, with a nod to baby boomers. Not to mention the 10-minute scene where a decrepit old white man takes credit for pop culture propagated predominantly by people of color for centuries. Needless to say, the question remains, with so much annoyance, yet curation of how these groups are portrayed, does Mitchell even like LA?

Besides the ambiguity of opinion, the complete and utter lack of respect for women goes beyond palpable. I mean, the entire plot rests on the notion of a woman who doesn’t have sex with Sam—therefore, they’re meant to be. Plus, I’m not even touching on the drone spying on that crying (obviously) bra-clad woman. You can’t make me. Which is why it’s even more confusing when, upon finding her, Sarah makes a snarky retort to Sam of, “But you barely know me?” In fact, it wasn’t only odd, but a little arrogant. Arrogant specifically in that you can’t Haruki Murakami this entire film and have everything with a vagina magnetize to your protagonist, then try to pass it off as “being hyperbolic.” Especially when Mitchell has gone out of his way to make sure every female is naked to some degree, but Andrew Garfield’s precious penis can be hidden by strategically placed bubbles while skinny-dipping. 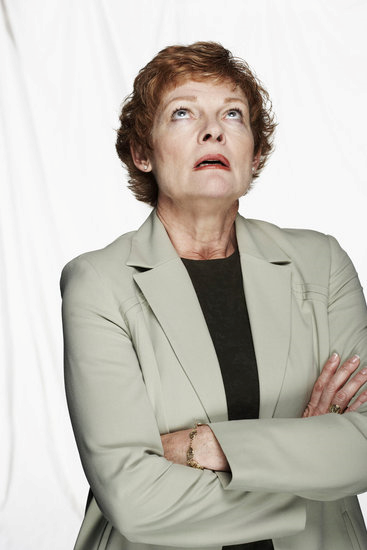 The one nice thing I will say about this film is that you can tell David Robert Mitchell is a very good writer. I say that because he is completely aware that the film is involved, and will not be understood by the general populous. Yet, he also understands no matter what, mystery is one of the most unifying genres out there. Even with me, teeming with disdain the entire time, as the mystery was coming to a climax, I found myself genuinely invested. I was right there with Sam as he pulls out the clear map and follows the coyote, itching to know, “Ok, where is this chick?” Unfortunately, they lost me about 10 seconds after finding her, and it doesn’t negate the fact that this film contributes nothing to noir, and moreover, the neo-noir genre. There is absolutely nothing new, or exciting, or frankly, that interesting being discussed in this film. If I wanted to watch white people living their intrinsically boring, saturated lives in LA, I would just watch LA LA LAND again. You can’t make me do that, either.

Overall, UNDER THE SILVER LAKE didn’t just flop, it pencil-dived to the bottom of the Silverlake Reservoir, where it should stay like a bad time capsule. If you find yourself hankering for a rabbit-hole neo-noir with a perplexing MacGuffin, beautiful camera work, and an interesting story, just watch INHERENT VICE. 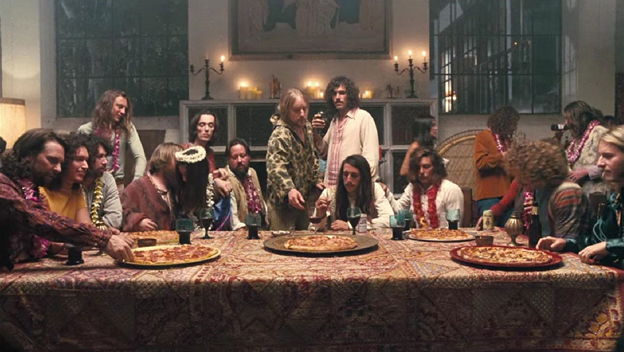 Ripping this film to shreds and promoting PTA? That’s what we call a double-whammy, folks.

Martians, Mariachi, and Instagram: A Curbside Convo with Reptaliens

PUP Explore the Poetry of Broken People on MORBID STUFF