Merry-Go-Round Magazine is still at the 2021 Sundance Film Festival, even at the very tail-end!

We’re chug-a-lug-a-lugging along with our coverage now that the films have slowed down and we finally have a chance to reset our brains and write about the lot of them. While the lineup certainly suffered from many filmmakers opting to hold on to their projects until an in-person festival could allow for a more traditional roll-out, we are absolutely astonished by the smoothness and efficiency of Sundance’s first-ever go at a digital experience. What was once price-locked and notorious for exclusivity suddenly became accessible to thousands, and as soft as some of the films could be, there’s nothing more exciting than knowing a 14-year-old film buff in rural Indiana got to “go” to their very first film festival this week. Oh, while we’re here, how about some reviews? We took a look at Carlson Young’s THE BLAZING WORLD, Nikole Beckwith’s not-quite-a-rom-com TOGETHER TOGETHER, and Blerta Basholli’s bold HIVE. 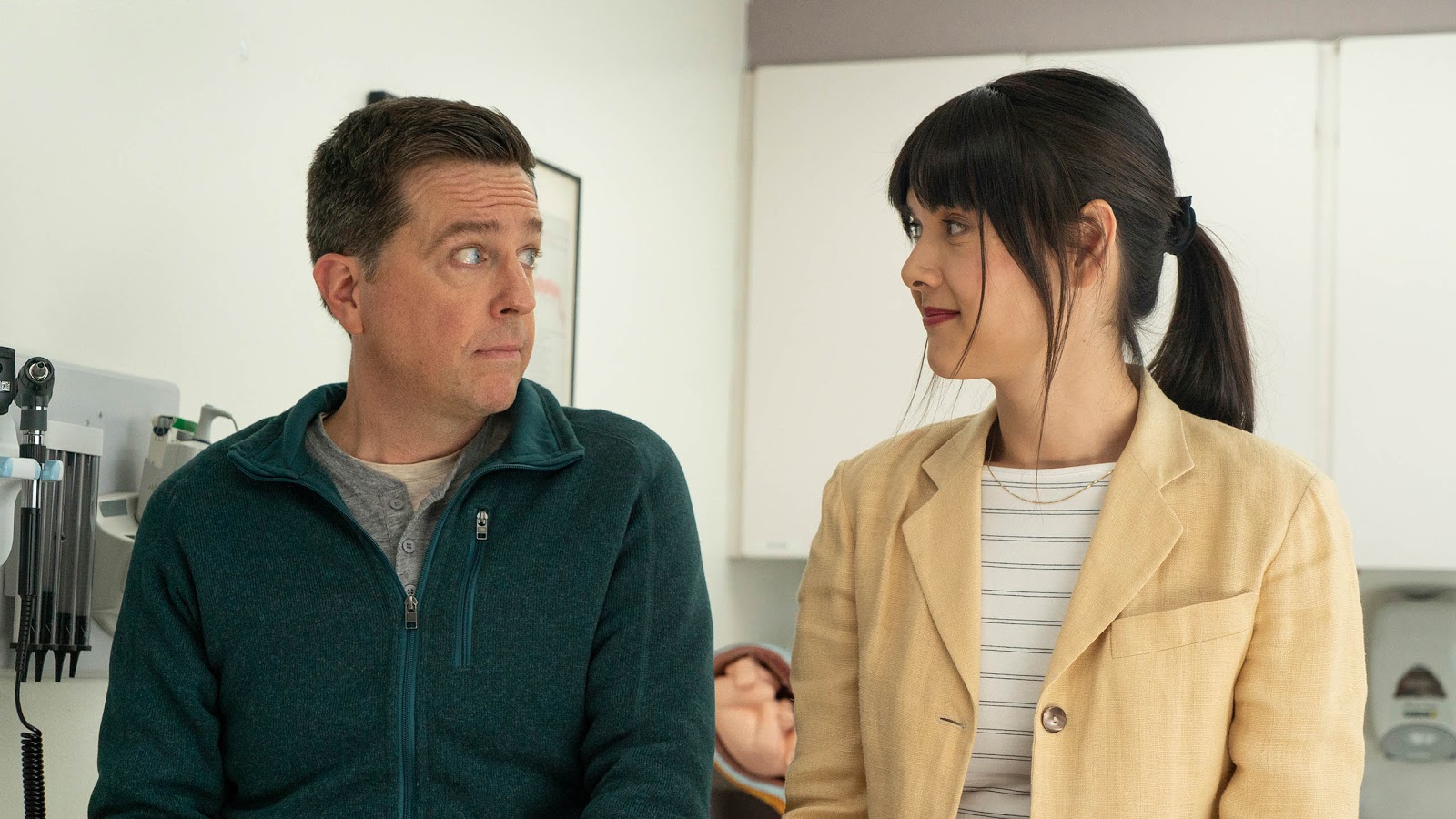 After a week of heavy watches about loss, grief, and isolation, I can’t tell you how wonderful it felt to watch a warm film like TOGETHER TOGETHER. This film is about as stereotypically “Sundance” as it gets (a light indie comedy with one big name to anchor it, with a few up-and-coming names that are destined to get bigger once the film finds distribution). Yet even in its familiarity, there are many inventive things going on. Beckwith’s casting of comedian Patti Harrison as a pregnancy surrogate was an innovative and brilliant choice. This is the first film I’ve seen where a transgender actress portrays a cisgender woman’s unique experience. In an industry that is continuing to have important discussions about cis actors playing historically trans roles, seeing this reversal was a revolutionary act of welcomed representation. Harrison’s deadpan delivery not only carries a perfectly executed dry sarcasm that the script requires, but she also shows deep, multi-faceted emotions that are never overwrought. This is indeed a love story, but I was relieved to see that it wasn’t your typical “unlikely romance.” The chemistry between Helms and Harrison, though lacking a physically intimate connection, is palpable; the emotional intimacy between the two is kind and authentic. I want more stories like this that show the depths of platonic love. Though I’ve seen many films with the message of “there is no one way to be a family,” this is truly a family I’ve never seen before and that I can’t wait to see more of on-screen. [Lauren Chouinard] 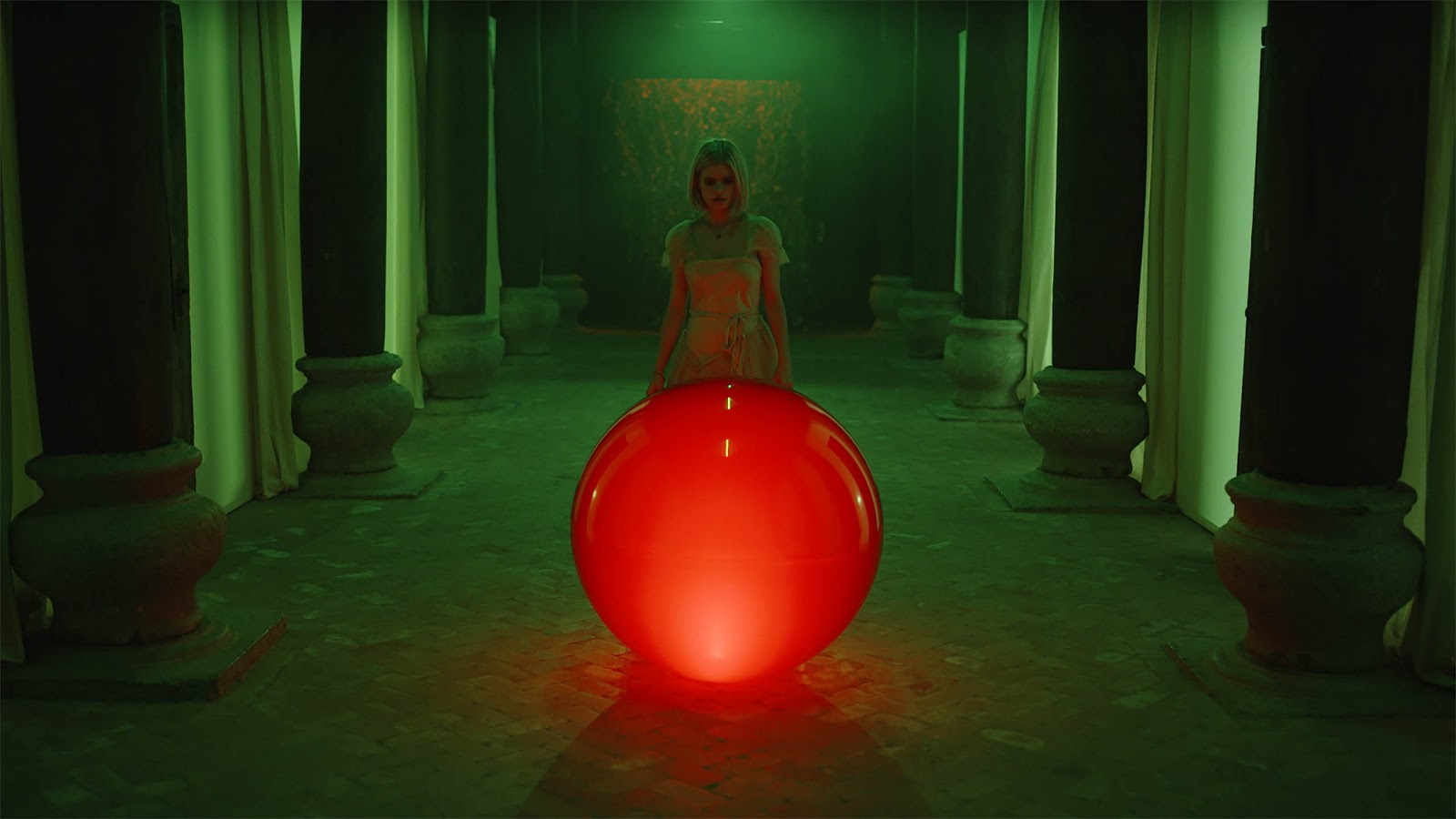 I’ll give credit where credit is due at the top: Carlson Young is ambitious. THE BLAZING WORLD, a feature adaptation of a short she showed up to Sundance with back in 2018, is a massive swing. A large-scale fantasy adventure done with some striking visuals and a small budget—that it exists at all when that type of film has largely gone the way of the dodo is reason enough to see whatever Young does next.

But… This is a mess.

THE BLAZING WORLD falls into most of the unfortunate trappings of a young director adapting their own short for a first-time feature. Whereas shorts can ride on tone to supplement the lack of time for a full narrative, THE BLAZING WORLD rests its laurels on decades of horror and fantasy iconography hoping that the bored collage it’s created at the end is enough to seem halfway original. Argento, Del Toro, Lynch, and especially Gilliam are relied on as full-on visual inspiration to a degree that assessing what film language Young is pulling from in any given moment becomes more interesting than whatever is happening in the film itself. Young’s story about wrestling with her past traumas, be it the abusive relationship of her parents or the loss of her sister at a young age, becomes frameworked under an ALICE IN WONDERLAND-style narrative wherein the visual language of the film is simply pulling from the familiar in impressively dour ways—THE SHINING radiates through in one moment, the next we’re doing THE ADVENTURES OF BARON MUNCHAUSEN, and then we’re in CRIMSON PEAK with a bit of SUSPIRIA for good measure. THE BLAZING WORLD is a post-film-school feature, and as as much as Young tries to fight that fact (and she commendably does one helluva job fighting it), it’s never enough to make the film feel like it amounts to much more than a poor homage to any of the visual palettes it’s attempting to borrow from. If Young was trying to simply do less, with a script that didn’t feel lost for the front half and exhaustingly familiar in back, I think it would be an interesting project, but as it stands, I’d prefer to just watch PAN’S LABYRINTH, which is doing all of this much more interestingly and at a higher level. Hollywood needs to give directors like Young a chance, as she’s clearly got some chops, but this is a rough calling card if you bother to look beyond the surface. [CJ Simonson] 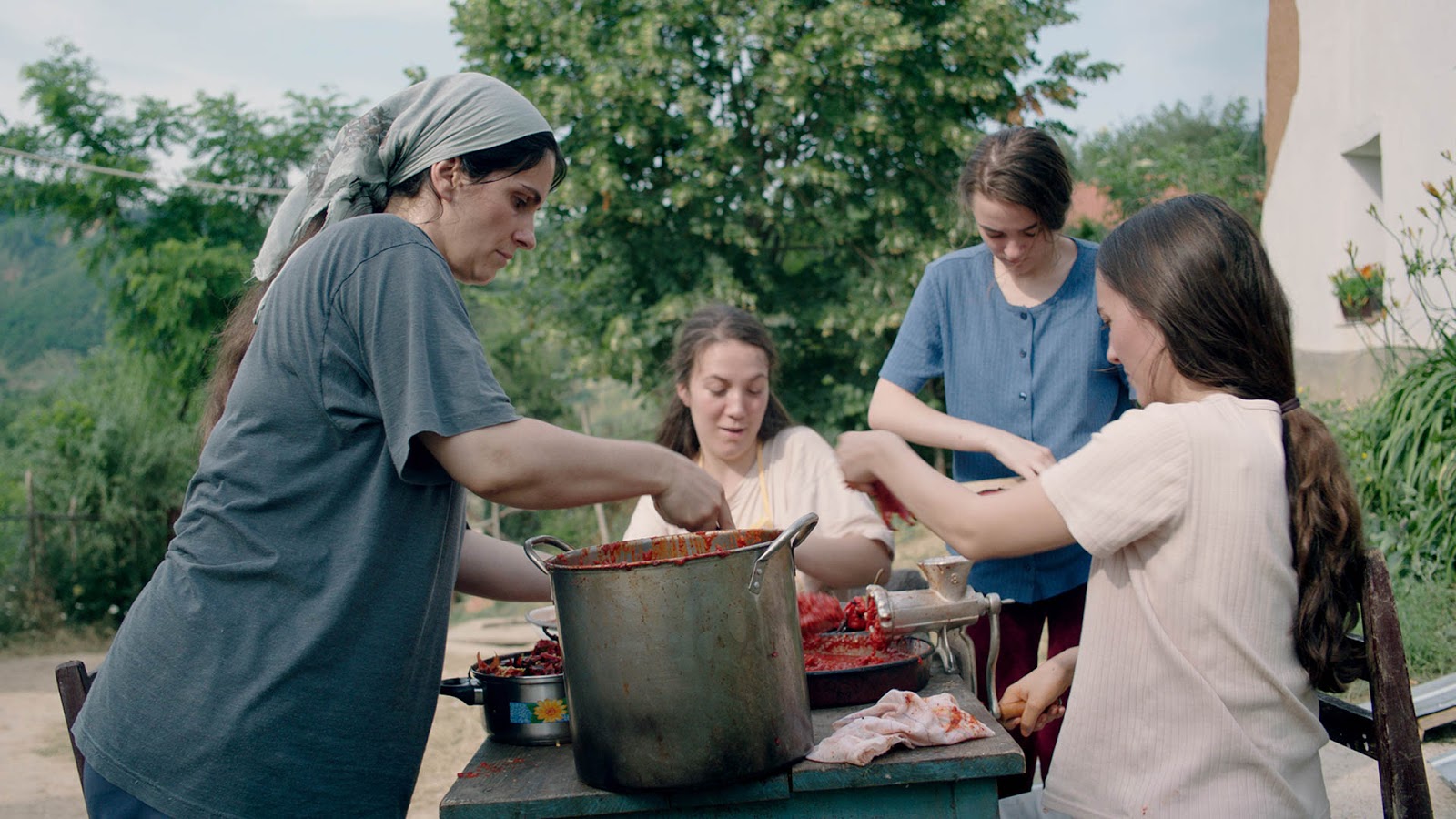 HIVE was one of the films that was under my radar for the whole festival, so I was surprised and delighted to see the film sweep all three Jury Prizes for World Dramatic Film. In order to better understand the film, which is based on a true story, I did some brief research into the war in Kosovo that precedes this story—it is one of the most brutal and horrific historical events I have ever read about. At the core of this story is Fahrije, who is left wondering each day of her life wondering about her missing husband’s whereabouts; most likely, he would have been trapped under a building crumbled by bombs, slaughtered in the streets, or drowned. Yet, there is no time to grieve for her husband’s probable loss. Fahrije has to push forward in ways that were rare for Yugoslavian women of that time. I wished that we had seen more of Fahrjie’s vulnerability to get a deeper glimpse into the psyche that drives her unprecedented choices and risks. However, it may make sense that we as viewers, like Fahrije, might need to soldier on without taking a break to reflect.

HIVE is slow and purposeful, much like the art of bee-keeping itself. Some may see the film’s slow pace as dragging, but I see it instead as deliberate. Though driven to open a new business selling ajvar—a rustic sauce that induces nostalgia—out of desperation, she takes a patient approach to make sure that she is getting everything right and precise. Her family’s future depends on it. She does not loudly proclaim her successes, even when given the opportunity to pay it forward to others, instead quietly overcoming all obstacles despite being surrounded by a stifling patriarchal society still reeling from brutal loss. It’s a great reminder of the hidden feminist stories that exist in troubled regions of the world. It’s a great lesson for future filmmakers that not all triumphs of the female spirit have to be churned into “inspiration porn” with schmaltzy violin-heavy scores. HIVE’s quiet inspiration will be buzzing in my head for quite some time. [Lauren Chouinard]