It is fundamentally impossible to have a good take on JOKER, and buddy, I certainly won’t be breaking with tradition here. In a social media echo chamber made of walls thick enough to make George Patton’s knees tremble, we all more-or-less decided our opinion on this film before we trudged into the theater. To be clear, absolutely nobody is walking out of this a winner: the weird, nearly primal need to see who can land the biggest dunk against a movie from the director of THE HANGOVER is just as strange as the jesters tripping over themselves to find any redeeming quality of the film to latch onto to prove “outrage culture” is wrong. The idea of a mainstream Hollywood studio release based on one of the most mainstream and recognizable intellectual properties the world has ever known being transgressive enough to be “dangerous” is a concept that seems thinner with each second spent out of the theater (you actually think THE HUNT was pulled because of anything other than a marketing projection?). But honestly, we all knew that JOKER was going to be laughing its way to the bank. Yet we spent months positively consumed with what ended up being a middle-of-the-plate, milquetoast, thematically and politically inconclusive supervillain origin story. That, as the kids like to say, is the real joker’s trick.

JOKER focuses on Arthur Fleck (Joaquin Phoenix), a downtrodden man living with his ailing mother who struggles with his own intrusive thoughts, a neurological condition that causes him to burst into uncontrollable laughter, a dead-end job as a clown-for-hire, and dreams of being a stand-up comedian. Given a gun for protection after meeting the wrong end of some teens’ boots, Arthur’s first stab at self-defense ends in a body count. As the city erupts in resulting riots, Arthur’s attention is divided between having reason to believe that billionaire mayoral candidate Thomas Wayne (Brett Cullen) is his father and appearing as the unwanted butt of a joke via clips of a botched stand-up set that talk show host Murray Franklin (Robert De Niro), Arthur’s idol, ridicules on his program. You can guess how things end up. 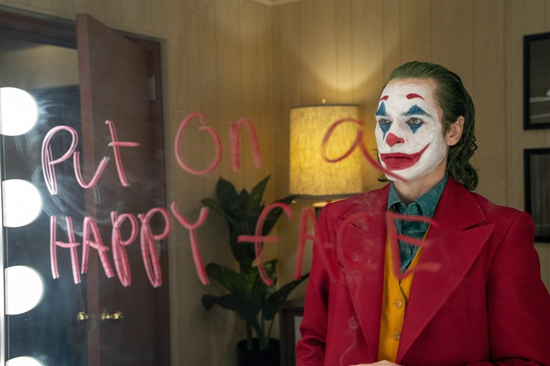 With Marvel enjoying a spike in the news cycle thanks to shots fired from Scorsese, I can’t claim anything other than that JOKER doesn’t look “like the average comic book movie.” Demonstrating a much more competent grasp on directing than press junkets, Todd Phillips has certainly managed to craft a mood piece here, and the film’s thorough griminess runs behind Phoenix’s performance as the biggest takeaway. The flattened sterilization of the MCU is nowhere to be found (“films that look like television,” etc.), and apart from some truly regrettable sound cues (why not one single person thought to avoid having a needle drop from a convicted child rapist accompany Joker’s big “Hello world” scene is unfathomable), the overall technical composite shows that if you put duct tape over Phillips’ mouth, there’s probably a less controversial traditional drama piece he could pull off with some panache. Besides, the scene where Arthur falls into his first kill is really quite visually striking, and the two instances of clear-cut dark humor that don’t rely on the Joker being “twisted,” most notably the scene in the children’s hospital, are very effective and prove Phillips learned something with his career in comedy.

However, any further admiration past that will depend on your subjective tolerance for the insistent blaring of pathos redolent in nearly every frame. At this point the perception of the Joker character is so wrapped up in regurgitations of Online post-irony that maybe Phillips is in on whatever joke, or lack thereof, there’s left to pick the bones of, but he’s a rich and successful Hollywood celebrity approaching 50—I would hope he has better things to do. Zooming in on scribblings in the notebook that Arthur brings to his therapist that say “mental illness,” not to mention “I hope my death will make more cents than my life,” Arthur making a point to cross out “Forget To” on a sign that reads “Don’t Forget To Smile,” and a line that in a Joker movie really, actually says “I used to think my life was a tragedy, but now I realize it’s a comedy,” would be laughed out of the theater in any other context for being heavy-handed and ultimately rather boring broadcasting of theme. Which, especially as the whole concept of Arthur being mentally ill goes, is a shame, as the points that land regarding our nation’s systemic lack of care for any sort of patient are surprisingly salient, just hitched to the tragic horse of having to be considered against, well… the Joker. 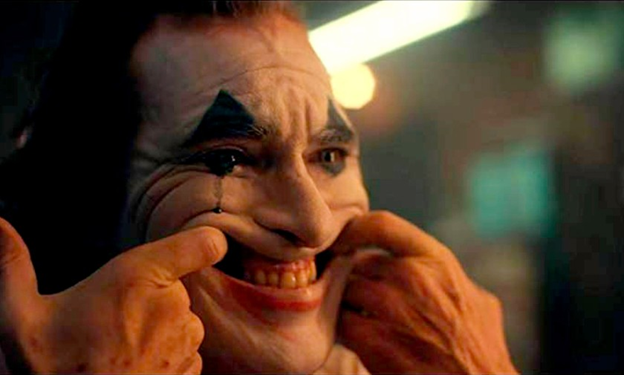 That said, look, I don’t think I’ll be run to the hills for claiming Phoenix as a world-class talent, and the film would probably careen far closer to irredeemable if he weren’t top billed. Until Daniel Day-Lewis decides to gain 300 pounds and cut his legs off below the knee in order to play the Penguin, it seems undeniable that this is the best acting we’ve seen so far in a comic book film, even if that’s an exceptionally lame pull-quote I already regret typing, achieving a sense of quietly desperate fragility that’s difficult to walk so consistently with. But this interpretation of the Joker is, quite simply, not notably problematic, but rather just not of much interest. The Joker is at his best when he’s poking holes in his archnemesis’ uncompromising insistence on authoritarian rigidity, showing that the violence of constantly imposing personally motivated interpretations of law and order is futile and contributes to a feedback loop of destruction. Unfortunately, claiming that the Joker is an “agent of chaos” has to be retired thanks to the previous decade of DARK KNIGHT memes, but making the Joker a victim of circumstance is the oldest trick in the book as far as making an attempt to flesh-out any sort of villain goes. Besides, the character fundamentally loses the not-entirely-bereft context of showing that the “heroes” of Gotham are only considered as such because they were born on the right side of the tracks when zeroing in on a two-hour session of playing the same introductory note over and over and over again.

What is perhaps most frustrating about the film is that all jokes and tricks aside, there is the kernel of something politically motivated here that would have been interesting to expand upon. You see, the Joker does get people to rise up. But it’s not the incels and gamers you’ve heard of—rather, it’s those lower on the socioeconomic rung that finally get an opening to insist upon change and rally against the rich and those that reify their systems. As such, the film’s fatal flaw is not necessarily using the Joker as a catalyst for politically motivated retribution, certainly not the kind we assumed, it’s Phillips and company’s muddled shrug that refuses to pick a side from there. The film’s “joke,” as it were, is that Arthur Fleck couldn’t care less about his unwanted role as a pop hero, but that undercuts any attempted establishment of thematic depth. JOKER obviously wants us to feel some empathy for Arthur by showing the disenfranchisement he’s experienced thanks to wealth inequality and a system that turns a blind eye to his medical needs (are we positive that’s all that of a problematic thing to portray?), but wants to have its cake and eat it too by suggesting we write off those looking for further meaning and motivation in his actions that are stuck in a similar cycle. After all, didn’t you hear “it’s getting crazier out there”? JOKER literally only manages to say that we live in a society, and brother, we’ve heard that one before. 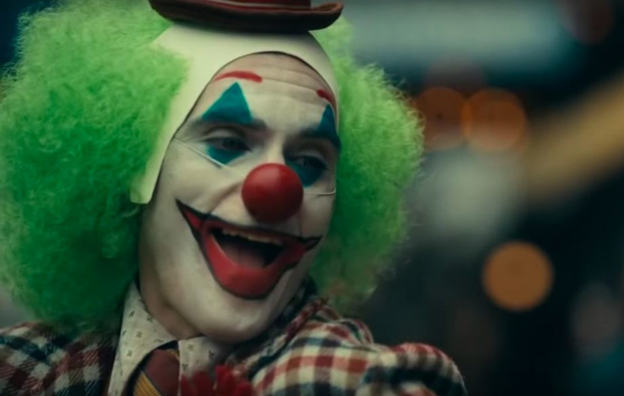 What is ultimately disheartening is that it feels as if we all got punked. I don’t hate JOKER, I had a perfectly standard night out at the movies with my friends. We talked, we laughed, we had a beer. I just can’t see how this leaves much of a lasting impression beyond Joaquin Phoenix’s ribcage. Something so fundamentally a product of the machine felt absolutely necessary to weigh in on, and I’m obviously guilty as well. For every alarmist Retweet there’s going to be an equal and opposite groan-inducing discussion of how social media is ruining our ability to interact with “art,” and guess what? None of it’s interesting, none of it changes the world, and none of it effectively advances any sort of agenda on any possible shade of the spectrum. We will continue to consume our own reactions to reactions to reactions until we’ll end up watching the 16th phase of the MCU or DCU on a foreign planet that Disney owns and operates an Amazon factory on. I guess some films just want to watch the world burn.

MERRY-GO-ROUNDTABLE Episode 40: Why We Love Horror