Steven Spielberg never directed a STAR WARS, so J.J. Abrams has never had any clue on how to approach the property. The final chapter of a product re-launch, STAR WARS: THE RISE OF SKYWALKER was personally prepped and served on a silver platter by Rian Johnson. Gone was Supreme Leader Snoke, so all focus could be spent on the defeat and possible redemption of Kylo Ren, one of the most promising characters of the 2010s. Kylo is more than enough villain for the galaxy. Gone was the massive Resistance fleet, the only survivors barely able to fill the living quarters of the Millennium Falcon. The volatile, fascist Sith prince with a loose grip versus a badly hurting group of lone freedom fighters. THE FORCE AWAKENS is cursed from frame one with Abrams’ favoring of adding entirely new elements rather than introducing established characters to new scenarios, a tendency that goes into hyperdrive for the film he was sent in to save.

The results are confounding. Abrams was handed the ingredients for a hearty ratatouille and used them to make a caesar salad—it is a deeply confusing thought process that ultimately amounts to a runny, forgotten side dish to what was once the most important mythology of my life. It’s been widely purported that this is a “fuck you” to THE LAST JEDI for being a “fuck you” to THE FORCE AWAKENS, but THE RISE OF SKYWALKER mostly registers as a “fuck you” to me and you from filmmakers hastily abandoning ship. 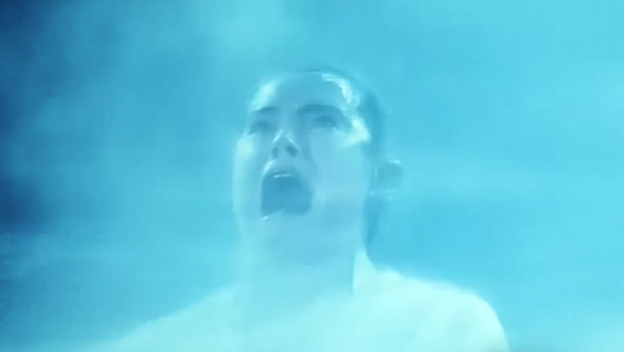 Adult cries of “Reylo!” and “Poe and Finn forever” have been baffling since 2015. There is absolutely no life in any of these characters whose constructions are more attuned to selling Halloween costumes than propelling a story. I could go on my rant about how Finn and Rey should have been combined into one character or how making Finn the oafish comedic relief in a world where Stormtroopers are kidnapped children of war is the most egregious waste of any character in major franchise history, but it gets to the point where I would really just rather read a book and go to the gym than try to fix Star Wars. Ridley, Boyega, and Isaac are talented actors who could have chemistry with a rock, but the bond they share is nothing too extraordinary. The only benefit of seeing them adventure together is to market playset bundles. This franchise can really get away with putting baby clothing on a pint-sized, crusty rubber ghoul and start a new merchandising line, but the onslaught of intergalactic creatures, new and old, is one of THE RISE OF SKYWALKER’s few charms. Getting to look at all these disfigured alien freaks screeching, groaning, and piloting warships is my jam, and Abrams chucks them in here with the grace of a drooling butterboy at a Florida buffet. He understands the most base, primordial pleasures of this franchise—it’s why the best sequence of the entire film is the Chewbacca rescue mission, where a Star Destroyer becomes a trigger-happy, run’n’gun shooting gallery. It’s real Dark Forces shit.

One “I am Iron Man” snap and a sluggish search for universe-shattering infinity gems that have only just recently been introduced as the most critical assets of the entire franchise later, Abrams sets us on our merry way with Rey declaring herself a Skywalker in front of Tatooine’s twin suns. There’s no sense of finality, with the ending pitching at least four different Disney+ spin-offs that are competing against an applause-o-meter—whoever gets the most claps gets the greenlight. Your grandmother’s been buried alive but we left her right foot above ground in case we want to pull her out later to bake us some cookies. What if Hitler’s granddaughter abandoned her family name and said “My name is Rey. Rey Stalin.” That’s the Emperor Palpatine of analogies—give me way too fat a concession and don’t think about it too much. John Williams’ score is probably the best in all of cinema, and the fella is sharp as hell. That ending is preposterous, but when the Skywalker theme played over silhouettes with its added rising string flutters, I wanted nothing more than to feel. Any beat in THE RISE OF SKYWALKER that remotely works is the effect of a solid wall of sound. 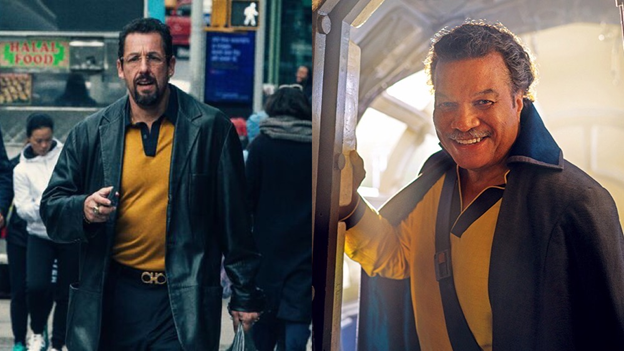 For as much heat as Johnson received for his treatment of legacy characters, Abrams really puts the original trilogy icons through a meat grinder. He fake-out kills Chewbacca, mind-wipes C3-PO, and dresses up Billy Dee Williams in some fake Prada and a dusty cape. The re-use of Carrie Fisher’s deleted footage from previous films is a seance gone wrong. The transparency with which her scenes were structured around already spoken dialogue makes Leia read as a victim of dementia trotted out to tap dance one more time for their grandkids—her overall grainy appearance, seemingly lost in space in comparison to the fine-tuned, colored footage her co-stars are in, is haunting. There’s something similarly soul-sucking in two entire set pieces devoted to the discovery and use of *checks notes* an ancient Sith dagger hidden in a man-eating worm’s quicksand cavern that is etched with an inscription of the coordinates of the Death Star way-finder that pinpoints the location of Emperor Palpatine’s gladiator colosseum lair and his fleet of zombie starships *crumples notes* instead of giving a single explanation for the character’s return. In short, it is Lucasfilm hocking a loogie directly down your throat. The film is fundamentally broken by the decision to revive Emperor Palpatine. I cannot believe the insane decision to make every character in Star Wars react to the survival of Emperor Palpatine (!!!!!!) off-screen. Enjoying THE RISE OF SKYWALKER involves an act of spiritual and intellectual resignation—you must give up and succumb to the film to reap any of its rewards from the jump.

It is a final chapter so poor and insolent in its responsibility to mesh with its previous outing that it renders any good leftover from all three films a sham. “Man, what if JJ had directed all of these” is a pipe dream remark thrown about this week, but Jesus Christ, if RISE OF SKYWALKER is supposed to be his Hail Mary pass to the end zone, I want zero part of his paced-out yarn. His stark narrative twists explicitly overturning democratization of power and instead celebrating the hegemony of bloodline royalty is deeply disappointing. In general, the new trilogy has been a testament to male creators truly not understanding a female protagonist. None of this should really matter given the lack of care in execution, but since it’s Hollywood’s most precious myth-generator, yeah, it kind of matters. It’s dispiriting that Rey never worked as a character, from her introduction to the bitter end—it’s a trilogy where the main character is said to be tempted by hate but is rarely acting beyond doe-eyed curiosity. It is bone-chilling to see the number of fans misty-eyed over the death of Kylo Ren, willing to immediately forgive a tyrant for a reign of genocidal terror because he learned to love his daddy again. 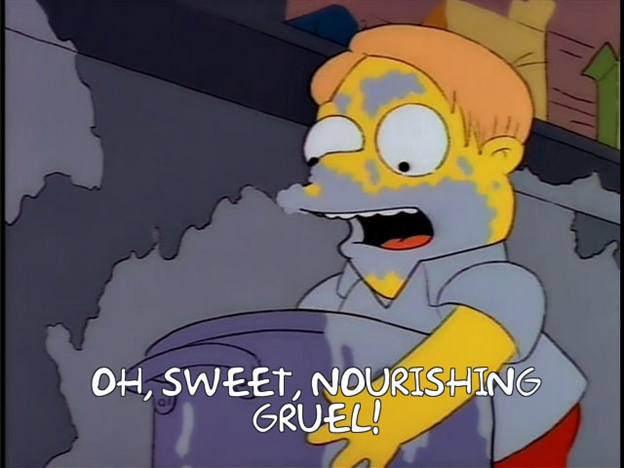 And so that’s Star Wars. It ends with a corporate approved lesbian kiss in the background, some hugs, and a needling desire to be patted on the back. Never forget: Disney has the power to move the social needle forward. Easily. That they don’t is a conscious, cowardly, calculated choice. If I hear the phrase “baby steps” in the 2020s, I’ll personally revoke the speaker’s right to ever share an opinion again. I’m bummed that people spend so much of their time living on Earth on Star Wars. And I don’t mean that as an indictment of Star Wars fans; everyone has the right to invigorate themselves with whatever hobby it may be that makes the increasingly dire days on the planet go down smoother, but it’s heartbreaking to see a fandom respect a property so much more than it respects them. If these are the only movies in your life, I can see you being engulfed by THE RISE OF SKYWALKER, because what other choice have you given yourself? Simultaneously, the ultra-devout are the ones most liable to walk out of the final mainline Star Wars film with about two dozen eggs on their face.