The second you hear that indie music you know for a fact that Jason Reitman is back. TULLY is Reitman’s third collaboration with screenwriter Diablo Cody. Having previously worked together on JUNO (2007) and YOUNG ADULT (2011), TULLY seems to be a continuation of the “series” as it carries on the themes of the struggles of growing up—Juno about a pregnant teenager, YOUNG ADULT about being stuck in that state between youth and adulthood, and TULLY, about a woman who is truly all grown up, married with two kids and a third on the way.

The thing about TULLY is, it’s not what it seems. Yes, this is a film about a mother, but it is not about motherhood. This is really a coming-of-age story about a woman in her 40s, an unexpected take on the genre. The new awakenings of our main character do not arise from new, titillating experiences, but rather the mundane and uncomfortable ones. It’s safe to say our main character’s youth is so far behind her it’s almost been completely forgotten. The realities of 21st century motherhood

The film starts on Marlo (Charlize Theron), nine-months pregnant with baby number three. Reitman manages to capture a mother’s stress and discomfort insanely well, a montage near the beginning of the film showing the pure exhaustion of a mother going through the process of raising a newborn for a third time. We meet her just as she is starting maternity leave, on the cusp of being home all the time and not sleeping for the next year or so. She lives with her husband Ron (Ron Livingston) and her kids Sarah (Lia Frankland) and Jonah (Asher Miles Fallica), the latter of whom is prone to outbursts and anxiety attacks.

Marlo’s brother Craig (Mark Duplass), who is winning the parenting game with his fancy house and hired help, suggests she get a night nanny—someone who comes in to mind the baby while the mother sleeps, waking her only to breastfeed. Marlo reluctantly complies after reaching a peak level of stress, and hires a free-spirited 26-year-old nanny named Tully (Mackenzie Davis). Getting to know Tully puts Marlo out of her comfort zone, allowing her to reflect on the person she used to be when she was young, and helps her break free of routine for the first time in years.

Tully does a sizable amount of things well, but some elements don’t really sit right. The performances are excellent. It’s clear Charlize Theron in particular gave her all here, gaining 50 pounds for the role and propelling the emotional core of the film. The editing is snappy and every scene is beautifully shot on handheld. Reitman and Cody prove their ability to both generate laughs and pull on the heartstrings within the span of even the shortest scenes.

But at times the dynamics of the characters’ lives seems a bit contrived. We’re in a nice suburb somewhere in upstate New York. We have the burnt out mother and the complacent father who plays video games all night. Then we have the rich hipster brother and his cool Asian wife (unfortunately, the actors of color are given very one-dimensional personalities to work with here). Everyone’s a bit stereotypical, causing a “Haven’t I seen this before?” kind of feeling. Though it’s not common to see a film centered on a mother of three, a lot surrounding the concept manages to feel bland and tired despite the effort. And as I mentioned previously, TULLY is not what it seems—trust me, do not let anyone spoil this movie for you. Tully, the cool nanny, is more than just a plot device. There’s a lot about this character that is revealed at the end without so much as a hint in the first two-thirds of the story. This film pulls a switcheroo when you’re least expecting it, and to be honest, I’d prefer less shock and confusion in my coming-of-age dramas, thank you very much.

A feeling of general misguidance is hard to shake, but in the moments where TULLY works, it works beautifully. The most touching part of the film is the relationship between Marlo and her hyperactive son, Jonah. It’s wonderful to see her patience with him despite her frustrations. Their interactions add more depth to her character than “I used to be a fun party girl and now I’m a boring mom.” It would appear that the film does all it can to tell you that it is not your typical quirky indie drama. In fact, the word quirky is thrown in your face so much during this film that you almost feel threatened to never call a Reitman/Cody collaboration quirky ever again. But despite TULLY’s denial, it really doesn’t depart much from the feel and structure of its predecessors, regardless of the massive push to throw you off course in its third act.

But if not quirky . . . I mean zany? Unconventional? If this kind of film isn’t your style, at least see it for Charlize Theron’s incredible performance. She really knocks it out of the park and gives such an honest portrayal of a suburban mom scared of losing herself. It remains entertaining and engaging throughout despite its faults. The effort alone to bring something new to the genre is greatly appreciated. 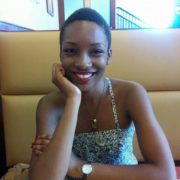 PINNED by A Place to Bury Strangers