UNFRIENDED is one of the more unexpected surprises among Blumhouse’s beleaguered filmography. Yes, calling it silly is an understatement, but apart from a knuckle-dragging final shot, it deftly balanced its #teen melodrama, featured a compelling paranormal antagonist that was a victim of cyberbullying, and makes use of upsetting and inventive kills, staying firmly on the side of fun throughout. Honestly, I was excited for its sequel; we’re far past the point of needing to point out few Blumhouse properties deserve the franchise treatment, but if they just gave us more of the same, I’d still have a great night out at the movies. Unfortunately, DARK WEB is a misstep in almost all directions, entirely rejecting what made the original a beer-soaked success and landing somewhere in the middle of dour and dumb.

Matias (Colin Woodell) has recently boosted a laptop from an internet cafe in the hopes of furthering his work on Papaya, a program he’s developing that will allow him to translate his words into signed language for his deaf girlfriend, Amaya (Stephanie Nogueras), to understand. Singing into a remote game night he’s hosting with his friends, things take a turn for the strange when people begin messaging the Facebook account associated with the computer vague messages about payments received and congratulations for a recent video upload. This leads to Matias stumbling upon a clandestine message board known as The River, where he soon finds himself in over his head upon discovering that whoever previously owned the computer trafficked in torture videos. Now with the dark web’s eyes on Matias and his friends, they must fight to survive the night, with the laptop’s original owner their only potential lifeline.

Though certainly not a household name, genre fans will likely have no trouble drawing the obvious comparisons between DARK WEB and THE DEN, the efficient and unrepentantly mean 2013 found footage film that set the bar for anything pertaining to web-based horror. But whereas THE DEN works because of just how bleak and sobering its depiction of the individuals lurking in the corners of the internet is, DARK WEB shoots itself in the foot by still trying to keep up some of the goofy tone that made the more questionable parts of its predecessor palatable. It’s unlikely that a film that has a core plot element centered around Cards Against Humanity, features aggrandized hackers and conspiracy theorist archetypes as main characters, and contains a straight-faced fear that someone may have “hacked the subway” is going to get me to take it seriously, so why not just have some fun with it? Instead the film abruptly transitions nearly halfway through from “witty” bants and expository establishment of the dark web to trying to sell self-serious posturing centered around fearing the clandestine denizens that make up a group known as The Circle, the vast majority of which seem like posers, and not only because they all go by the name “Charon.” 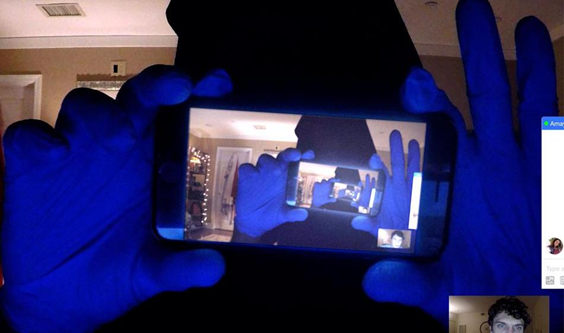 Call me horribly broken and/or cynical, but for a generation of viewers that grew up sneaking peeks at LiveLeak during class and browsing a wide variety of deplorable message boards, every Charon we meet is disappointingly tame. One kill involves a Charon coaxing someone up to a roof whereby they’re then pushed off. Another involves . . . a Charon popping out of a closet and quietly strangling someone with a rope? This is people paying beaucoup bucks on the dark web for snuff films! The starting block better at least be comparable to HOSTEL. The sole inventive kill involves Charon hacking a computer and chopping together audio and video clips that seemingly constitute a bomb threat, leading to a character getting killed by a police raid. I’ll let that one speak for itself and assure you that there’s nothing contained within that’ll lead to you clutching your pearls.

The lukewarm death-march (death-jog?) to a body count that constitutes the last 20-or-so minutes is made all the more disappointing because DARK WEB actually does manage to plant a handful of good seeds. The Charon whose laptop Matias stole demands its return, but a wrench is thrown in the gears when The Circle figure out that he lost the laptop, which puts him at equal risk of death as Matias. Considering this both shows that The Circle isn’t invincible and sets up a dynamic of two opposing sides having to work together, I was pleasantly surprised at what was ostensibly a mark of maturity, only for it to shit the bed shortly thereafter by largely forgetting about The Charon in question as the body count increases and then revealing it was all a set-up anyway. What’s more, the film dances around the possibility of completely murdering someone’s reputation and relationships in real life with hacked information from their laptop instead of literally murdering them, which in 2018 is a far greater fear and would have been a legitimately clever move. Alas, maybe that’ll be in UNFRI3ND3D. 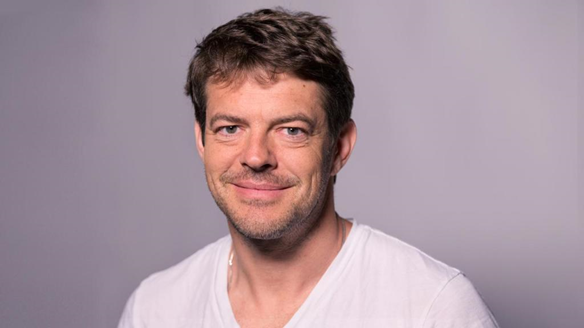 It seems hard to imagine getting much of anything out of UNFRIENDED: DARK WEB. The characters, though admittedly diverse, are either half-baked or obnoxious, and not in a way where there’s any glee to seeing them get their comeuppance. The villains aren’t explored and are lazily motivated. The film doesn’t really seem to have any grasp on what the internet is or how it works (again, “they hacked the subway”). The kills, apart from one that’s implied, are all resolutely PG-13 and toothless. There was some marketing buzz about their being two separate endings shown in theater, but the director thinks this is fake, but also doesn’t know? I don’t know, who cares, it’s already made seven times its budget and I guess it’s better than TRUTH OR DARE.