If you were to tell a story, where would you start? Perhaps first with the essential beats, outlining what your audience needs to know. Maybe it’s all the frills from where the story can birth from: the color of the waves or the way the room smelled. Or are you a rogue agent that has the essential moments experly maneuvered between deeply specific details that immerse the listener? If it’s the last option, you’re on par with A24’s most recent, ZOLA, based on the infamous viral Twitter thread by A’ziah “Zola” King.

ZOLA stays as subjective as possible, with Zola narrating wittily over the whole film, coming across as a modern Sam Spade. When you remember the source material, what would uphold the integrity of a Tweet more than reading it aloud? When Zola is running for her life from kidnappers, the camera makes a point to focus on a white, bohemian couple dancing to bongos. How could someone telling the story not remember something so oddly specific? Director Janicza Bravo makes a point to remind the audience that, yes, you’re watching a movie, but it’s still a story marked by the nuances of someone’s brain. Zola’s daydreams are likened to visions of the flurry Apple screensaver, a reminder of the fuzzy parts of storytelling where we choose to think about something else instead. Earlier in the film, when the group drives to Miami, bokeh dissolves into a confused sea of colors that ruminate on screen—just like Zola. Bravo is an expert at letting primal human senses do the talking. She nevers wants to weigh you down with exposition, any fluff leftover existing purely to evoke and provoke. 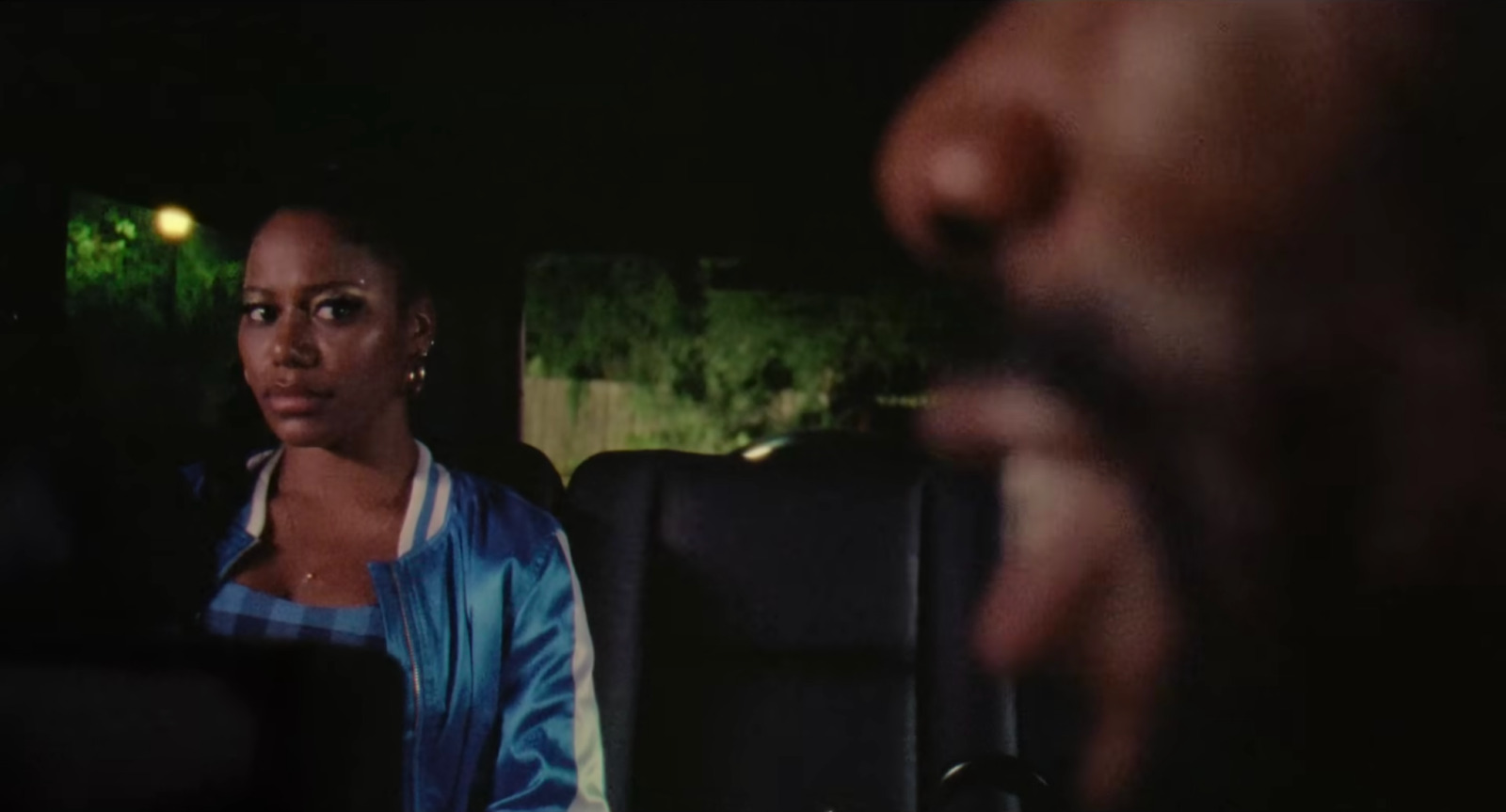 Bravo, knowing Zola’s memory reigns supreme, still finds loopholes to mark her own artistry. Her notorious long, lingering shots are never frivolous, but rather filled with deep intention. A Confederate flag blowing in the wind reminds you that Zola is not just unsafe with the band of misfits, but in this country at large. As we follow a dimly lit Miami road, we think of how far Zola is from home and how long her stretches are going to be to return. In one of the most memorable scenes, the camera pans between Zola and Stefani peeing in a public restroom. Zola’s pee is practically clear as she hovers over the nasty toilet seat, Stefani sits directly on it and rises to reveal practically orange piss. Bravo is calculated, cunning, and endlessly funny.

More impressive is the sound mixing. ZOLA is one of the quietest movies in recent memory. It’s far from bare bones, instead trying to submerge the listener into the purity of its scenes. Bravo’s not Harmony Korine dousing Miami beaches with neon and Skrillex, rather finding the last bit of pizazz needed. Bravo will cheekily include phone notifications to beat us over the head with the film’s conception, or blast one of Run the Jewels’ most explicit songs in a mad dash, escapist escape from a pistol-wielding stand-off. We hear crickets at night, faint high-heels on pavement, and the fuzziest of wallahs when Zola is trying to figure out who’s fake. While so many countless films about strippers and sex workers are loud and brazen, ZOLA finds the poignant in the understated. 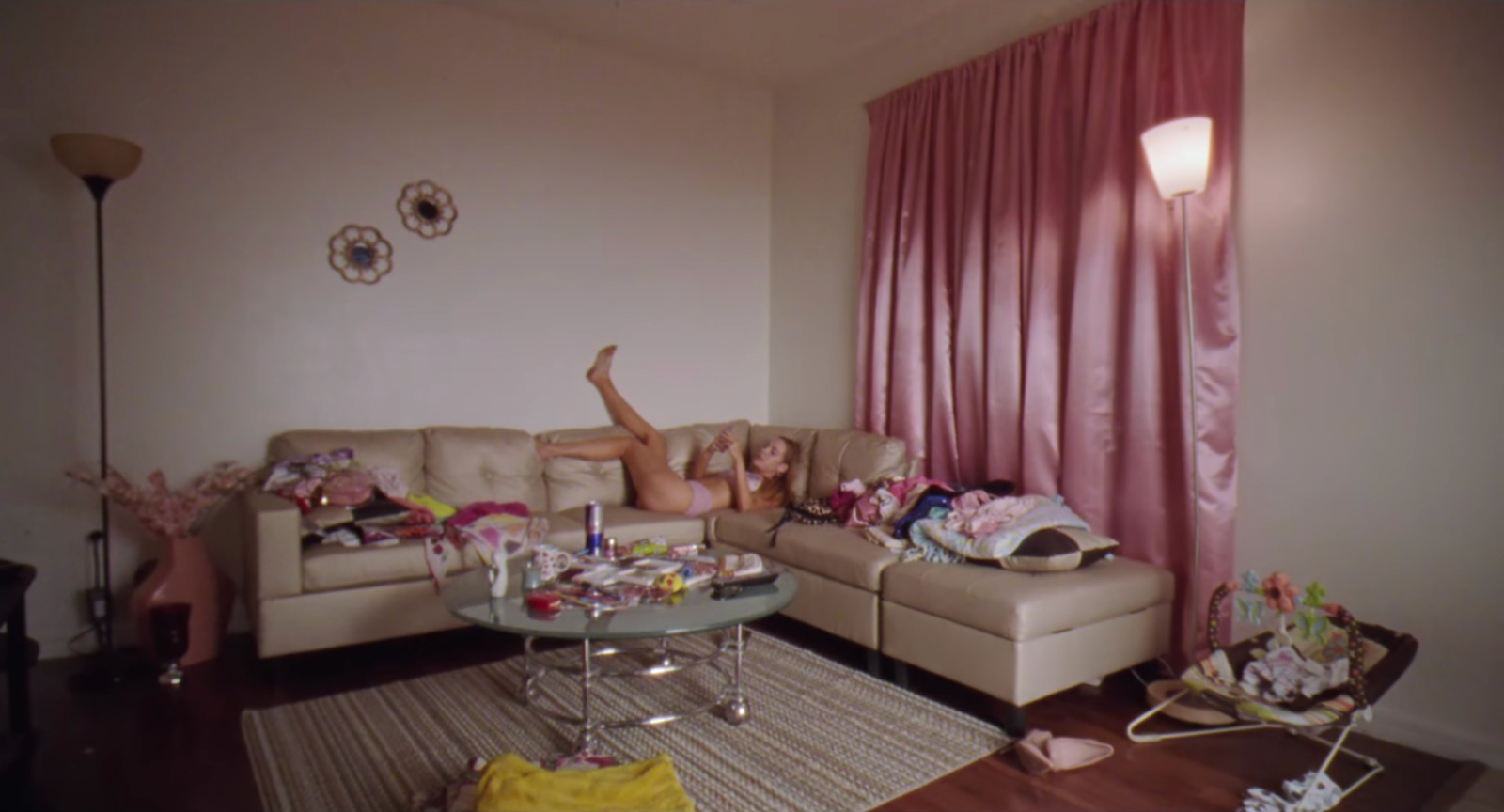 Taylour Paige is an absolute star. In moments where most human beings would be screaming for help or frantically trying to escape, she reminds us that Zola knows who she is, has seen some shit, and will always look out for herself. Riley Keough has a punchable face and a criminal Blaccent as Stefani, driving you batty with her delusional bullshit, and, despite her manipulative tactics, you feel bad that she’s but a pawn in an abusive scheme she’ll likely never get out of… until Bravo shows us Stefani’s stylized portrayal of the story where she paints Zola as a racist caricature that non-Black people weaponize in order to defame stories and perpetuate trauma onto Black individuals. Then you feel way less bad. Nicholas Braun is one of the funniest parts of the entire movie, oafish and clumsy and trying to convince the world he can hang to absolutely no avail. It’s the perfect juxtaposition to Keough’s nefariousness, the Igor to her Frankenstien. (Not to mention, Mr. Braun looks [redacted] in those boxer briefs.)

ZOLA is not like the rest. Not in a way that implies it’s “not like the other girls” or some 2015 Pussyhat thing, but in that it’s completely self-assured. To have sexually liberated films be ostentatious and loud is great and needed, but ZOLA reminds the world that these narratives are not a monolith. Despite a jarring, seemingly baseless assault scene (unless it was intentionally left out of the Twitter thread), ZOLA is iron-clad. The film knows where it comes from, what it needs to be, and ends wherever the fuck it feels like. ZOLA triumphantly screams that this is what happened; believe it or don’t, but thank god these bitches right here fell out.