There aren’t many memorable moments in Michael Bay’s 2007 blown-out robot bash TRANSFORMERS, but here are the few important ones to jog your memory:

Admittedly, that last point is likely not the first thing that you think of when considering the hectic, sloppy, loud Transformers franchise. Nonetheless, the allegiance to music (even through unintended hipster tee shirts) and, more prominently, an actual acknowledgement of the power pop music can have on young people, is all over BUMBLEBEE, Paramount and director Travis Knight’s surprisingly enjoyable soft reset of the much maligned robot franchise. 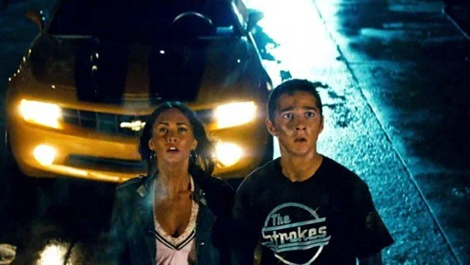 LaBeouf’s perceived coolness, much like the coolness of Strokes merch in general, is admittedly broad, and in BUMBLEBEE it comes to us in the form of a quirky subplot involving The Smiths and Hailee Steinfeld’s Charlie sporting Motörhead and Duran Duran tees. But delightfully, the 1980s-set prequel finds a way to embrace a musicality not explored in the big-dicked, Linkin Park-fronted soundtrack of the original films, using its title character to explain the delicate relationship between music, listeners, and yes, cars. While the Transformers franchise has long belonged to the world at large, there is something distinctly American about the portrayal of music in BUMBLEBEE. Like the cruising culture that defined America in the ‘50s, the youthful obsession over owning a car and blasting music in it has never truly gone away in this country. Even in the face of her ‘80s pseudo-hipsterdom (although despite her allegiance to the Smiths, Charlie’s presumed musical taste is mostly unheard amidst a pretty cliched paint-by-numbers, albeit fun, post-GUARDIANS OF THE GALAXY soundtrack), the desire to listen to music loudly in a car that’s all hers is central to her relationship with Bumblebee.

As was to be expected, a major plot point of BUMBLEBEE revolves around the loss of his voice. While the original franchise had fun with his ability to “talk” through iconic sound bites from movies, television, and iconic music, here it’s all ‘80s pop. From using the chorus of “Weird Science” to emphasize to Charlie what the U.S. government will do if they catch him, to his iconic use of Simple Minds’ “Don’t You Forget About Me” (one of many references to THE BREAKFAST CLUB) in the movie’s closing moments, his learning to talk and communicate with Charlie becomes part of the film’s emotional core. Even the dejection of music, when he “spits” out a Rick Astley tape across the room in rejection, paints the picture of a character learning what their taste it through the help of a friend—that BUMBLEBEE doesn’t feature Charlie making Bumblebee an honest-to-god mixtape is a huge loss. 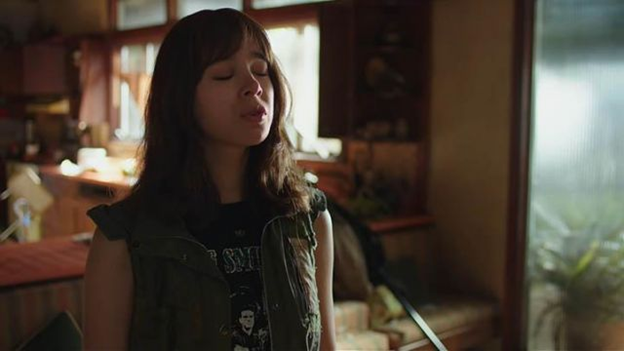 Homegirl might be a fan of the Smiths, but she works at a corndog place so she’s clearly not taking “Meat Is Murder” to heart

Exploring pop music as a form of language and way to be understood, as on the nose as it is with Bumblebee’s speech patterns, is surprisingly not wasted here. In one of the film’s most emotionally resonant scenes, Charlie attempts to explain the importance of her music collection to Bumblebee after he acknowledges her dad’s vinyl collection in the garage. As she puts a Sam Cooke record on the turntable, she describes her connection to the record and to her deceased father, broadly emphasizing the nostalgia that music can have. Her relationship with Cooke’s version of “Unchained Melody” appears deeply personal, rooted in the memory of her father, and her sharing it with Bumblebee is touching; it’s not lost on the filmmakers that confiding in someone else a piece of yourself through a song or an album is timeless, freeing, and scary. The point is further emphasized when Bumblebee, after previously having rejected The Smiths’ STRANGEWAYS, HERE WE COME (lumping Rick Astley and Morrissey in the same rejection pile is quite the power move), plays “Girlfriend In A Coma” to cheer Charlie up.

As she stares longingly at the car she and her father were building before he passed away, she notes that her dad always thought that “music made cars feel better,” a point that is beautifully flipped and made literal periodically throughout the film. Especially in a blockbuster clearly directed at kids, seeing characters use pop music as a form of personal language, albeit in different ways, is empowering, and BUMBLEBEE’s acknowledgement of that make it light years beyond the simplicity of a Strokes concert tee.

A Very Merry-Go-Round: Put on Your Yarmulke, Adam Sandler and Hanukkah

A Very Merry-Go-Round: The Eldritch Horror of Frosty the Snowman 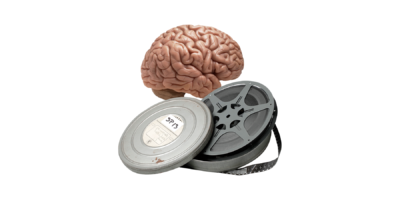 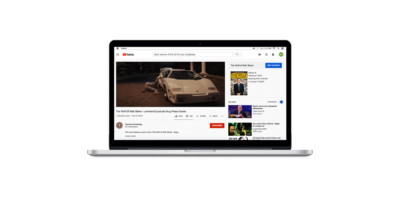 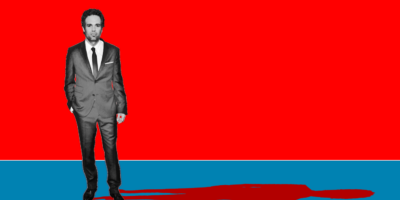 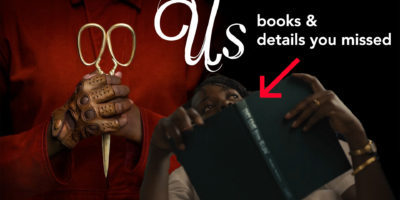 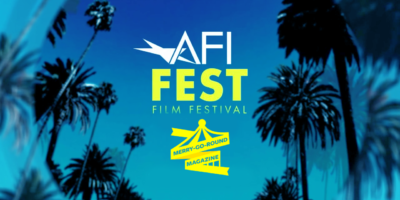 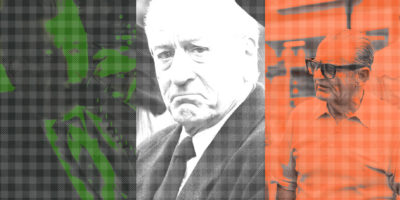