In case you missed it: Merry-Go-Round Magazine is at Sundance 2021!

We haven’t gotten on a single crowded bus to shuffle around Park City once, instead absorbing the festival from the comfort of our couches! Here are reviews of two more from the fest, including Kentucker Audley and Albert Birney’s dreamy and imaginative STRAWBERRY MANSION and Iuli Gerbase’s crushing and prophetic THE PINK CLOUD! 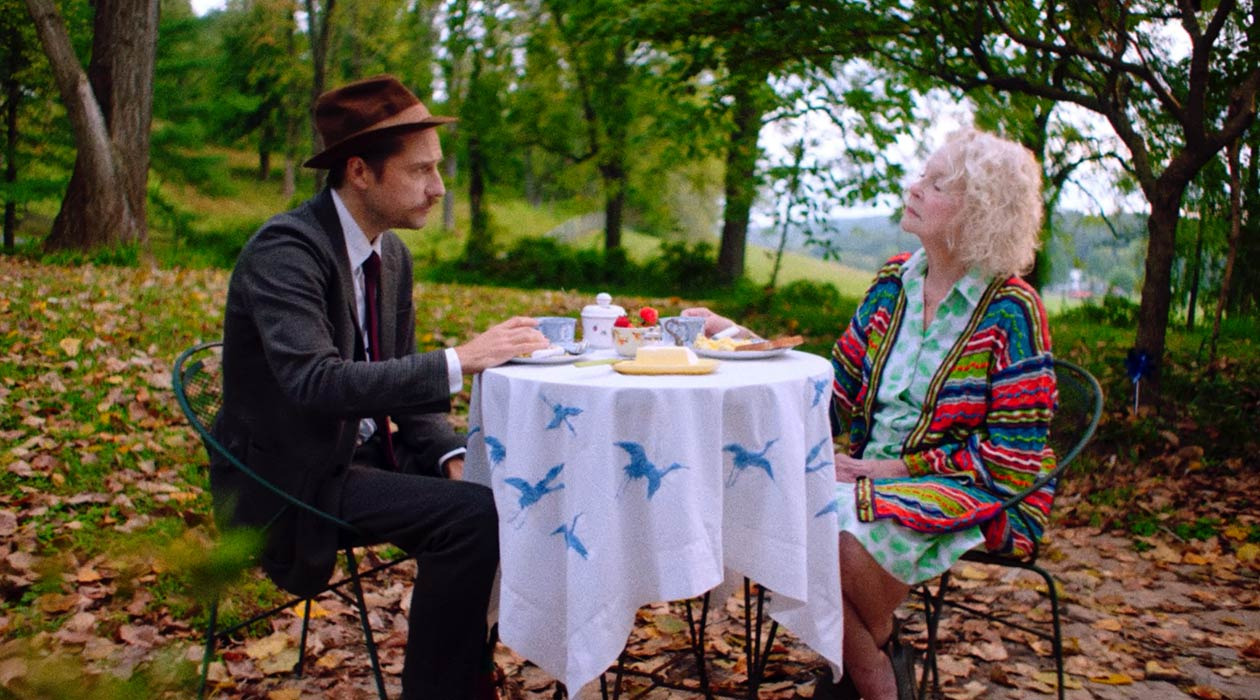 Early in STRAWBERRY MANSION, Bella (Penny Fuller), when prompted as to her occupation by dream auditor James (Kentucker Audley), settles on the title of Atmosphere Creator. It’s a revealing moment in Audley and Albert Birney’s fantastical near-futuristic romance given how much their crafted atmosphere covers up some of the clunky writing and plot points in the film. Set in the year 2035, society has gained the power not only to record dreams, but to tax based on things that happen in them. James performs an audit on Bella, as the government has no records on her ever paying taxes, and slowly begins to sift through her dreams, assigning value to conjured expenses like a hot air balloon or a buffalo. If you have questions about this process, Audley and Birney aren’t particularly interested in answering them—the technology itself (Bella still records her dreams onto VHS), as well as the sheer existence of a dream auditor in the first place, are meant to serve as everything we’ll need to know throughout STRAWBERRY MANSION. And while Audley and Birney could coast off of the dreamlike tone of the film, one that strikes a balance between the slightly sinister surrealism of David Lynch’s ERASERHEAD and the wonderment of Michel Gondry’s THE SCIENCE OF SLEEP, there is a conceded effort to ensure some kind of larger plot could service the visuals and ideas.

A third act villain, who is revealed to be responsible for subliminally integrating advertising into our dreams, feels mishandled and unnecessary; on paper incepting products into our brains as we sleep is a compelling macro idea, but the film spends so much time establishing James and Bella’s relationship while ignoring the logistical details of the world that whatever anti-consumerism backdrop the film bothers to set up feels immediately distant. As we watch James experience Bella’s dreams and slowly become enamored by her and her bright imagination, there is a real enveloping beauty to the film, and it’s the thing that makes STRAWBERRY MANSION worth watching. While Dan Deacon’s swelling score set to charming visuals and wondrous characters is worth the price of admission alone, it’s a shame Audley and Birney aren’t willing to just ride on the energy and tone. [CJ Simonson] 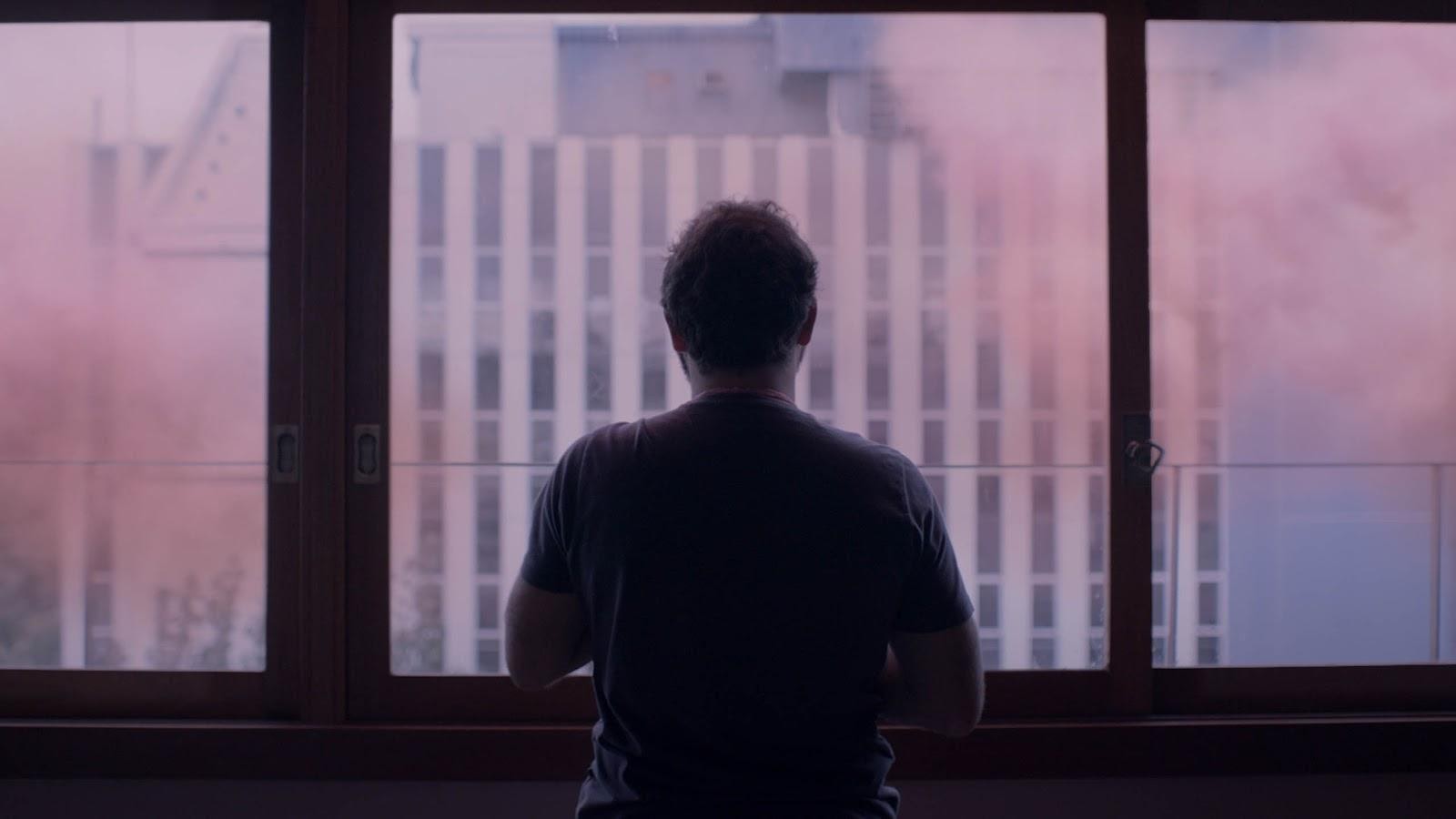 Let’s address the pink elephant – er, cloud – in the room. Watching this film during the COVID era felt heavy, to say the least, and even heavier when you consider that a story about a couple forced to shelter in place for an indefinite period was conceptualized years before the pandemic. Yet with eerie, borderline prophetic, accuracy, THE PINK CLOUD captures the melancholy of isolation and resignation in the pressure cooker of cohabitating with someone with whom you do not share core values. Most contemporary films about cabin fever, like THE SHINING or PANIC ROOM, create a sense of chaos that occurs in claustrophobic environments, but if 2020 taught us anything, it’s that most of the chaos occurs in our own minds, even in the mundane repetition of our surrounding environment. During the Sundance Q&A, director Iuli Gerbase spoke to her inspirations for the film being closer to something like Luis Buñel’s THE EXTERMINATING ANGEL, in which invisible forces keep a group of people tied to a confined space. Not only do the circumstances of the film echo Buñel’s influence, but the slow yet purposeful pacing is reminiscent of his storytelling style.

As the Instagram filtered lo-fi aesthetic of THE PINK CLOUD’s world grows darker and darker, it brought me deep sadness. We see our main characters attempt any means of escaping to the outside through FaceTime dates and VR headsets, unable to break away from social media and outside news sources. I spent the whole night mulling over the questions we all collectively and individually have asked ourselves over the past year: How long will this real-world pandemic last? What if it never ends or goes back to normal? At what point is our hope naive and misplaced? It may still be too early for this film to be more than a chilling coincidence to most audiences, which is unfortunate. Gerbase’s unique creative vision deserves to be seen as more than that. I can’t help but wonder if the world that they’ve created would have been better received pre-pandemic, or what kind of effect it will have in post-COVID years to come. [Lauren Chouinard]