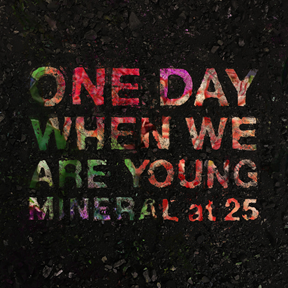 Mineral – ONE DAY WHEN WE ARE YOUNG: MINERAL AT 25

Having been bit by the emo bug hard back in the salad days of Summer ‘13, it’s been a strange experience seeing many of the acts that meant so much to me make unexpected late-career returns 15-20 years past their supposed swan songs. To be fair, I’m sure it’s just as strange, if not stranger, for them, but it’s nonetheless been bizarre to reconsider the parameters of emo upon their return: this was music fundamentally meant for the young, disaffected, and angsty, almost designed to implode, entirely tethered to a specific mindset and now sepia-tinted time of loves and losses past. But you heard it here first: I think Mineral has made the most graceful return compared to their peers, and yes, I certainly didn’t forget about American Football. Now of course ONE DAY WHEN WE ARE YOUNG has a certain charm considering the bittersweet contradiction of the title, and of course I’m a little verklempt picturing the conversations and recording sessions of old friends reconnecting and putting an EP together 21 years after they bid us farewell, but also… this fucking RIPS. Without hyperbole, the scant two songs offered here easily hold up against seminal cuts such as “If I Could” and “Parking Lot,” and while frontman Christopher Simpson may have lost the youthful edge of yore, he manages to perfectly toe the line between reflection and navel-gazing, not too high and mighty to indulge in a recollection of the glory days but surprisingly content and assured with the hopeful wisdom of middle age, confidently extolling the benefits of rebirth (“And lo, in the east now a pink dragon rises / Spills light o’er the buildings from her thousand-petalled crown / Makes one all the many, the changelings – reclaims each / Rains jewels down the mountains, lights every face in town” is just about as optimistic as emo’s ever going to get). While regrettably short, ONE DAY WHEN WE ARE YOUNG truly has it all: twinkling instrumental passages, turns of phrase that’ll make you cry (“And November’s dreams line the yard sales of May”), and most importantly of all, builds, builds, and BUILDS. If you’re not absolutely SHIVERING by the culmination of both these tracks, I truly have nothing more to say to you. Knowing just when and how to let the levee break, we are but putty in Mineral hands under their masterful grasp of ebb and flow, and to say the EP is regularly staggering is an understatement. Just… how can you not be B L O W N A W A Y around the 3:50 mark of “Your Body Is the World.” There’s been no talk of a proper full-length, but in many ways, releasing this EP and quietly fading away would be an ultimate flex. They’ve made it out alive, they’re different and more settled people than they were two decades ago, they’re willing to recognize their flaws and failures and come out stronger for it, and in many ways, these 12 minutes of bliss where we’re firmly convinced of the same is the best thing a band can give to a fan. Love you guys. Check it out over on Mineral’s Bandcamp. [Thomas Seraydarian] 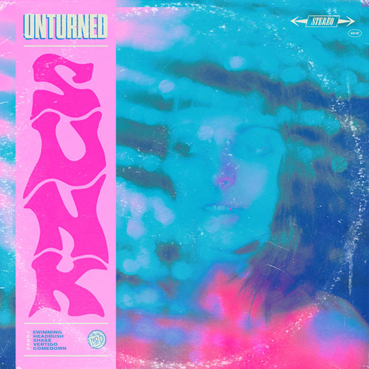 To say “they don’t make them like this anymore” would imply that the ‘this’ in question is a relevant commodity by some standard. Even though pop punk and emo have made admirable strides in recent memory to legitimize their respective genres, both through 20/20 critical revision and modern analysis of its figureheads (see: above) and an essential attempt to affirm and elevate current scenes, bands, and labels (see: plenty of reviews and features on this very site), it’s all still a work in progress. To that second point, it’s worth noting: Of the bands that are being pushed into a spotlight, some of whom I love, many aren’t quite as Hot Topic-core as their backgrounds and social media presence might imply, at least musically speaking. That’s, in so many words, why I genuinely love Unturned’s SUNK, an EP that wears early Taking Back Sunday and New Found Glory on its sleeve in ways that are beautifully uncomfortable if you’re not prepared for it. The sonics here are earnest, but most importantly, the lyrics are the kind of thing that would have crippled many a late-millennial High Schooler. Wordy lines like “Is this what I wanted? A fractured version of me dwelling in the dreams of the person I know I’ll never be?” (“Vertigo”) or “Losing confidence in my consciousness / Nothing’s permanent when I’m losing all my friends” (“Swimming”) are thrown around with near reckless abandon; Unturned’s ability to deliver stuporous, adolescent whimsy, line after line like this, is impressive. Don’t believe me? Here are two more crushing anecdotes for you: “Always wanted to outrun my apathy / Hold a stoic contempt for the person I’m supposed to be” (“Headrush”) and “Looming like the smoke in your bedroom / A permanent crutch used just to guide us through the freezing cold” (“Comedown”). It frequently reads as though an AI had interpreted and perfectly delivered, karaoke style, the moments that made pop punk fans currently in their their late 20s or early 30s genuinely feel something at some point, sappy or not; at one point, bands like this felt dime-a-dozen, but right now, Unturned absolutely nail the part. Young, tired, hungry, and ripping off insanely tight melodies and sing-alongs, all in an attempt to feel something? At just under 15 minutes, if anything said above sounds interesting, you’d be a fool not to relive some glory days of pain with a new coat of paint. You can check out Unturned’s SUNK over on Bandcamp. [CJ Simonson]

Don’t Let THE HUSTLE Con You 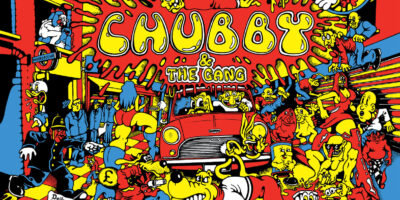 By Staff6 days ago
Bandcamp Picks 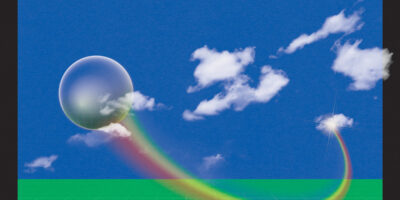 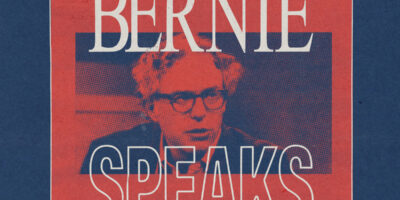