We’ve reached a zenith in political discourse in which suddenly everyone is questioning their relationship to police and the legal system as a whole. Thanks to the incredible organizing leadership of Black Lives Matter and affiliate activist organizations, people are considering police and prison abolition as serious political positions like never before. However, wrapping your head around the problems that we face with the judicial system and the ways it has failed us can be an incredibly daunting task. Below are five podcasts that might help in giving you a more critical understanding of how our entire legal system is broken. Staying educated is an important part of continuing the fight for racial justice in this country, and these podcasts can aid in that endeavor. 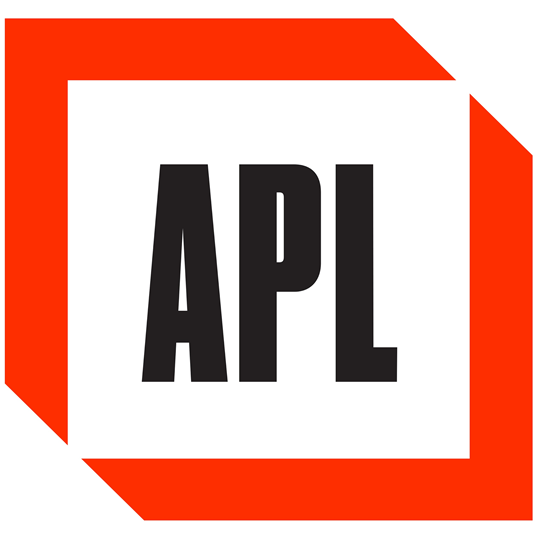 The Appeal is a generally useful resource for better understanding law enforcement and our broken legal system; their explainer articles can be helpful for wrapping your head around the intricacies of the functioning of the legal system. Think of them as Vox for cops. The website’s podcast of the same name is a great deep-dive for beginning to approach issues with bail, school police officers, and the ongoing war on drugs. Hosted by the exceptionally talented reporter Adam Johnson, each episode includes reporting on a different topic, as well as an interview with activists currently working to transform or challenge these broken interlocking systems. If you enjoy fact-based reporting that gives you stats and concrete policies to work with, THE APPEAL is an exceptional educational resource. 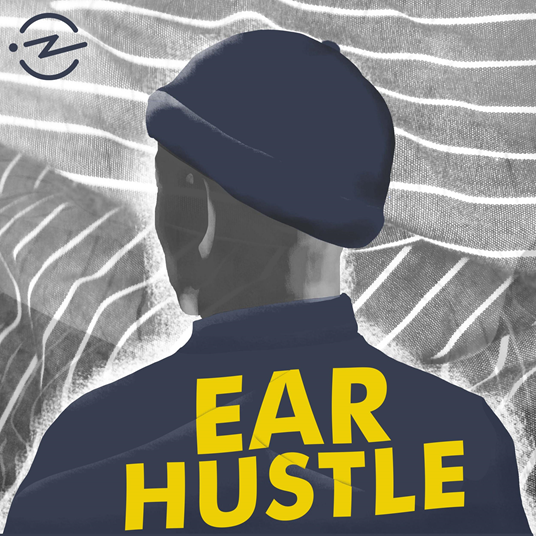 If you keep up with podcasts at all, you most likely have at least heard of EAR HUSTLE. Stories recorded and told by the men living inside San Quentin State Prison are powerful and transformational. Prisons by their very nature strip inmates of their identity, voice, and individuality, and EAR HUSTLE steadfastly returns agency to inmates who would otherwise have it robbed from them. Many of the men featured in EAR HUSTLE are undeniably guilty of causing real harm, but the effect of listening to the show for years makes it clear that incarceration on its own has not necessarily transformed these men or made them better, more accountable people. If you’re looking for real human voices to put to our unconscionable, vast prison population, it’s difficult to imagine anything better than EAR HUSTLE. For this particular series, starting from the beginning and working your way forward is recommended. 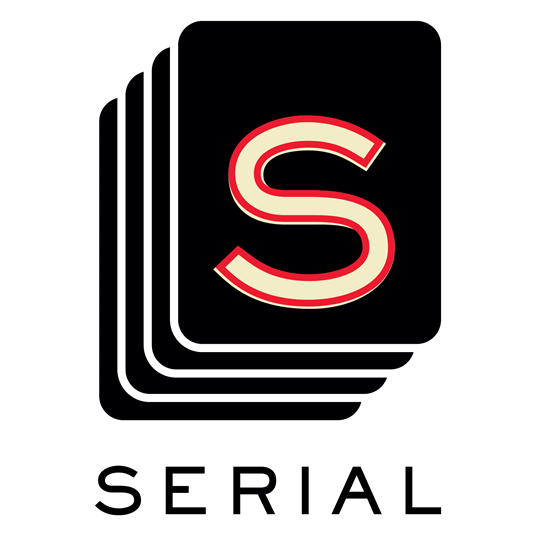 The first season of SERIAL was for many people their first introduction to podcasting. The harrowing tale of the possible mistrial of Adnan Syed made for incredibly gripping true crime reporting, and the controversy around his case still swarms to this day. Sarah Koenig’s gift for weaving complex, engrossing narratives out of bureaucratic minutia is a once-in-a-generation talent, and she and her team pushed their skills to the absolute limits with season three of SERIAL. Examining one courthouse in Cleveland over the course of one year, the SERIAL team did an exhaustive job covering as many cases as possible as they passed through the court system. Over the course of nine episodes, it becomes clear how ineffectual our courts and jails are for actually meaningfully and fairly mediating justice between offenders and the communities they offend. From following judges who rule from personal bias, to women charged with assault after being assaulted, to people languishing in disgusting jails because they cannot pay bail, the show does a remarkable job demonstrating how vastly fucked the whole legal system is. The show can feel overwhelming and demoralizing to take in, but now that we find ourselves in this new era of attempting to truly meaningfully repair harm caused by policing, it also feels like absolutely vital listening. 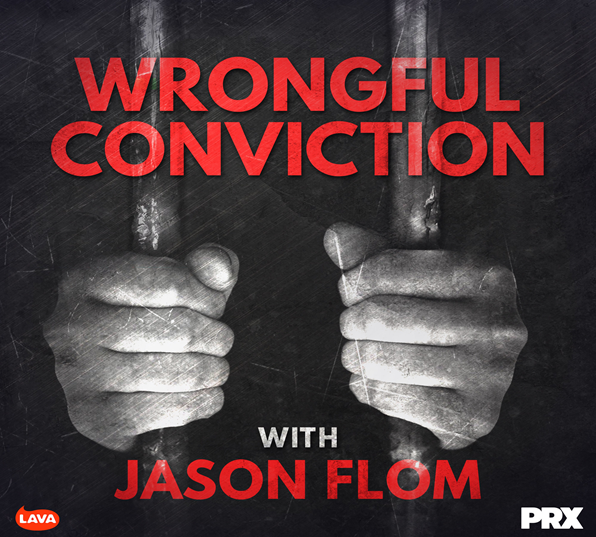 The death penalty is a cruelty that hopefully will be looked back upon as an unnecessary horror by history. Sentencing a person to death is such a terrifying prospect because determining if someone is truly guilty of committing a murder or not is extremely difficult. The Innocence Project has been exonerating people on death row for decades by re-examining DNA evidence that proves convicted murderers innocence. On WRONGFUL CONVICTION, host Jason Flum methodically interviews people exonerated by the Innocence Project to demonstrate how the legal system failed them and nearly had them killed. The interviews are harrowing, and the more you listen to them, the more clear it becomes that this country undeniably tends to use poor, black people as scapegoats for the most horrific things that happen in our communities, with little care for the actual truth or the further harm that causes. WRONGFUL CONVICTION is a painful and personal exploration of how the very structures of our judicial system are inadequate for bringing about real healing to the families of murder victims, and how little real justice ever occurs on death row. 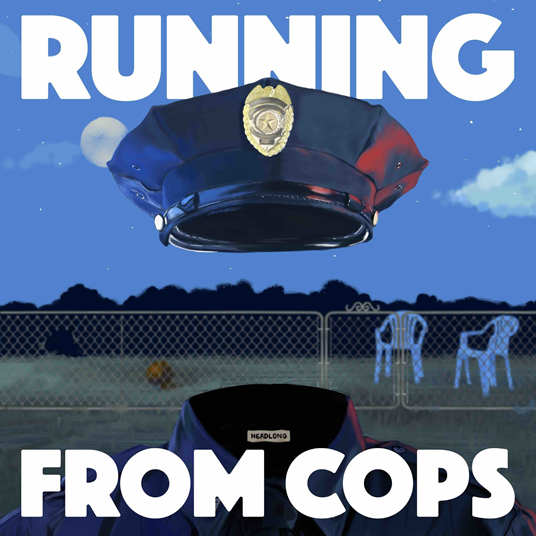 Media has obviously played a major role in our culture when it comes to normalizing police violence and accepting the culture of policing as a necessary part of maintaining a civil society. CBS practically fills their entire primetime slots at this point with cop shows of various stripes, and Dick Wolf has made himself extravagantly wealthy through LAW & ORDER over the years. However, arguably no show has glorified policing more than COPS, the reality show that normalized police brutality for over 30 years. Dan Taberski’s HEADLONG podcast turned its focus on COPS for six episodes and the results are absolutely harrowing, demonstrating unequivocally how police willingly plant evidence and escalate situations simply to please the cameras and producers following them on patrol. Taberski takes a very even-handed approach to talking about law enforcement and the show, but over the course of the series, it becomes undeniable that COPS has had a negative impact on both the people arrested on the show and our culture’s overall perception of policing. The true horror of the series is unveiled as Taberski turns his attention to LIVE PD, the roided-up version of COPS that takes drooling over police violence to even more gruesome heights. It’s extremely interesting that COPS has finally been cancelled, but reconciling the damage it’s caused will take a long time. If you’re interested in the critical intersection between media and policing, this show is as good as it gets. 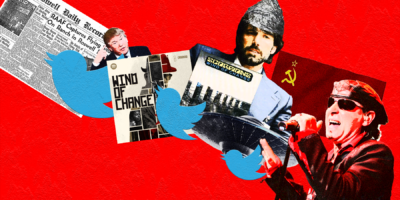