Every form of media discourse has its overdone cliche. In board games, it’s claiming a title “killed” or “murdered” another game, meaning they improve on the mechanics to the point of making the other game obsolete. Even critics I respect and games I love indulged in this marketing too often, which is often horrifically overstated. It prevents games from forming their niche and ties their success into the failure of another property rather than its own merits. OBSCURIO, I love you, but you didn’t kill MYSTERIUM. DECEPTION IN HONG KONG, you are a ton of fun, but you didn’t replace AVALON or SECRET HITLER. However, one game should have been thoroughly murdered at this point: 2004’s BETRAYAL AT THE HOUSE ON THE HILL.

As of this writing, BETRAYAL has the 39th highest number of ratings on BoardGameGeek, while also possessing the third-lowest average rating of the top 40. Only BONANZA and MUNCHKIN, another RNG-filled (random number generation) gateway game, sit below it. It contains tons of jankiness and imbalance, yet still has enough audience to justify new versions and expansions in the last five years. In the 17 years since its release, how has no one tried to challenge BETRAYAL AT THE HOUSE ON THE HILL and fix its terrible rulebook while still making an approachable dungeon crawler that gives you a different story every play-through?

BETRAYAL’s most iconic feature is the haunt system. For the first maybe third to a half of a game, players explore a haunted house, adding tiles to the game as they collect items and try to avoid traps. After collecting an omen, players must roll dice. If they roll above a certain number, the haunt begins, and players look at a list to see which haunt they are going to play based on what omen triggered and on what tile it was discovered. At this point, usually one player is selected as the traitor, and he goes off to read from the Traitor’s Tome while the remaining explorers read the corresponding entry in the Survivor’s Guide. These will outline how each side needs to win and what their new powers and abilities are. 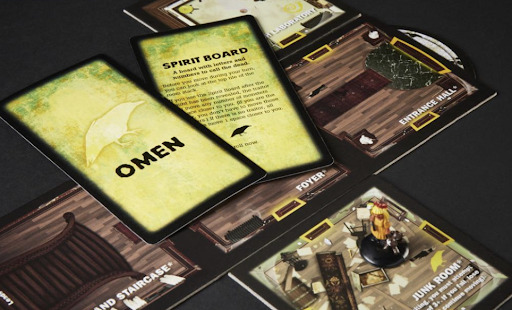 One of BETRAYAL’s greatest strengths is its variety, with 50 haunts and two sides to nearly everyone, along with a house that will look different every game. Few games of its era can match the surprises packed within this box; it blew my mind the first time I came across a haunt with no traitor in it. The haunts all draw from classic horror tropes, but there’s nothing so graphic to scare away those who wince at blood and gore. The theme of going into a haunted house appeals to all ages in a way that say, zombies or vampires might not.

The asymmetrical aspect of the game is what attracted me to it in the first place. Plenty of games feature rules that are slightly different between each of the players, and I tend to enjoy ones like THE OTHERS that are one vs. all because it’s fun to play the villain. However, teaching these types of games tends to be a pain and it’s hard to help out a new player when you are actively trying to crush them. Due to the asymmetry only being introduced later in the game, BETRAYAL is a lot easier to get into because you don’t have to teach the haunt-specific stuff until you reach that point of the game.

Board gamers are willing to overlook a lot if the gameplay is fun, even ugly components and bad rulebooks. BETRAYAL has one of the most infamously poor rulebooks ever, both in terms of clarity and balance. The primary issue is using the terms “explorer” and “player,” and it’s hard to tell whether it refers to everyone or those who aren’t the traitor. Many players use “table rules” to handle some of the games’ ambiguity and imbalance, some of which were included in later versions, like putting tiles on the bottom of the pile instead of face down on the table to create a dead end. The haunts themselves are known for ranging widely in terms of balance. Sometimes they involve a specific tile that might’ve been discarded already, so the traitor automatically wins. Others are so insanely stacked in favor of one side that players often can look at the game board and immediately tell who will win. The rules are so slapdash that Avalon Hill and Wizards of the Coast have put out multiple errata and official FAQs in the hopes of clarity. 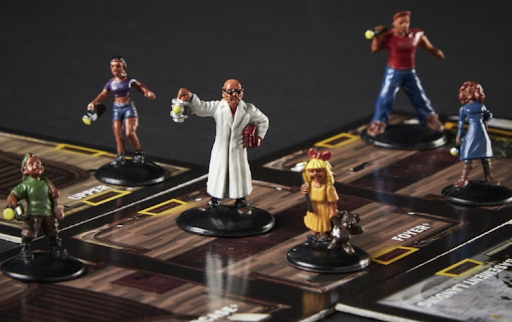 A good indication of interest in a game is whether expansions or new versions come out. After all, publishers would not greenlight them if they did not expect financial gain. In the past five years, four new versions and expansions were released: BETRAYAL AT MYSTERY MANSION, a SCOOBY DOO reskin, in 2020, BETRAYAL LEGACY in 2018, BETRAYAL AT BALDUR’S GATE in 2017, and the WIDOW’S WALK expansion in 2016. Most games don’t get new content after five years; the fact that BETRAYAL is receiving new products nearly 20 years after its release is a testament to its longevity despite its flaws.

One of the five credited designers on BoardGameGeek of the original title is Rob Daviau, arguably the most critical figure in board games in the past decade. His most significant contributions are legacy games. The pieces, tiles, and characters are physically altered throughout multiple play sessions, whether through writing, stickers to add new rules or conditions, opening envelopes for new pieces, or even destroying components. While not many of these games are out there, the top two highest-rated titles on BoardGameGeek are legacy games, GLOOMHAVEN and PANDEMIC LEGACY SEASON 1—campaign games that do not copy legacy games’ destruction but are similarly meant to build over multiple plays and create an evolving narrative are also growing in popularity.

In a panel at GDC 2017, Daviau discussed how BETRAYAL was important to legacy games, as he loved rules of a game changing throughout a playthrough. The haunt system revealing a brand new victory and defeat condition evolved into mutations to the various diseases in PANDEMIC LEGACY or new buildings and workers in CHARTERSTONE. Similarly, the Traitor and Survivor’s guide are predecessors for the increasingly popular mechanism of reading from a book to advance the game. Even ostensible euros like ABOVE AND BELOW feature multiple narrative books to read as part of gameplay. When BETRAYAL came out, there were plenty of role-playing games, but the most popular tabletop games were either abstract or had no story behind them. In addition to its longevity, BETRAYAL is a quietly influential title as well.

So why has no one successfully murdered BETRAYAL? I think it’s the same reason why it took so long for new content for the game to come out. Some companies struggle with writing even one rule book; BETRAYAL requires you to write almost 100 to explain each side of the haunts, with 100 more in the first expansion. Reading through the Traitor’s Tome for the WIDOW’s WALK expansion was shocking to me; it lists people like Zoe Quinn, Anita Sarkissian, and the creators of PENNY ARCADE as writers of the various scenarios, and bringing together all that talent and pedigree could not have been easy or feasible for anyone else. The playtesting required to make sure these function and designing components to fit all the scenarios is mind-boggling as well. 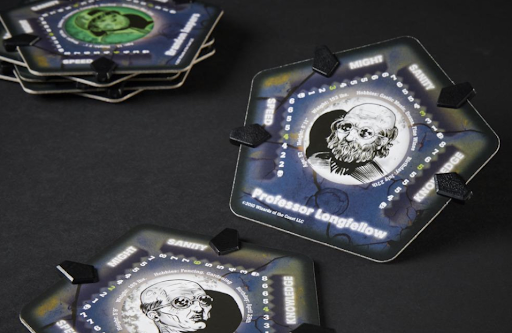 Certainly games have tried to fill the same niche as BETRAYAL, yet each of them adds another element that makes them harder to teach or more niche. MANSIONS OF MADNESS: SECOND EDITION has much more compelling exploration, but the usage of an app means it can’t be spontaneously played in the same way BETRAYAL can. The more universal theme of BETRAYAL is also an easier sell to the average person than the Chtulu mythos. CLANK! Is a silly journey into a dragon’s lair to get gold that is just as easy to sell people on; the problem is that it is built on deck-building, and while it’s a simple and well-regarded implementation of that system, that’s more work to teach people than the movement and dice rolls of BETRAYAL.

Ultimately, the haunt system and revealing of a traitor halfway through the game has evolved into semi-cooperative games. These are titles in which people play together yet have secret goals. Plenty of great games, like NEMESIS and DEAD OF WINTER, make use of this tension to force tough decisions on players as they scramble to keep the team together while fulfilling their personal goals as well. Unlike BETRAYAL, however, these might require you to lie throughout the entire game if you are the traitor. Inexperienced social deduction game players might mess up on turn one and out themselves, thereby ruining the experience for them. Social deduction does not compute with some gamers, and BETRAYAL’s second act-twist is a great way to backstab your friends without that system.

I was blown away when I saw multiple women in their 50s and 60s at one of my game meetups eagerly wanting to play BETRAYAL. With so many games taking clear influence from it in terms of the traitor or narrative book system, it’s amazing that nothing has truly relegated it to the dust bin. But taking a step back at looking at the work that went into the game in the first place helps explain why it took so long for more content and why none have succeeded in replacing it. Perhaps, despite how simple it first appears, the fact that BETRAYAL came out as well as it did is a miracle in and of itself.