Conspicuously abstaining from the Electronic Entertainment Expo for the first time this year was one of the “Big Three” publishers and console manufacturers. Sony still plans to host their annual PSX showcase in Anaheim later this year, supposedly bigger and better than ever to make up for their current radio silence. Sony’s given answer for refusing to join in this year, that they “always want to innovate, think differently and experiment with new ways to delight gamers” may be an even bigger nothing than their presence on the convention floor, but there’s no denying that the removal of the company from the stage was felt in a big way.

Hazarding a guess as to why Sony made this decision can only be speculation, but more important is how this will impact the gaming giant. The PlayStation 4 is and will be remembered as the dominant species among the 8th generation of consoles, and by a large margin. The Switch has BREATH OF THE WILD and the Xbox One has . . . HALO 2 (again), but the sheer number of grand-slam PS4 exclusives easily dwarfs the best of those other two platforms combined. While still not as appealing a package as Xbox Live, PlayStation Network was massively improved over the PS4’s lifespan to the point where it can now be considered a worthy adversary to the service that legitimized online gaming on consoles. 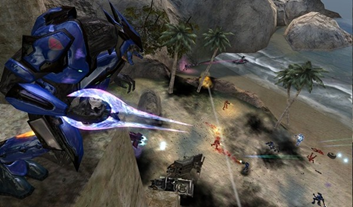 I’d honestly rather talk about how important THIS game was

Sony has moved significant units and enjoyed near constant critical acclaim over the past few years, so it would be easy to say that, like the hare speeding past the tortoise, the company let its success go to its head and opted for some showboating in place of participating in the largest industry event of the year. Uncooperative behavior would be nothing new for Sony, as their efforts to thwart cross-play systems also betrayed a desire to maintain the lead on their competitors, but somehow I don’t think one of the world’s largest entertainment businesses would make such a terrible gamble. Big as it is, Sony is no Microsoft, and their film and electronics wings have been faltering as of late. PlayStation is the company’s safest bet to stay afloat, and playing cowboy with it would be suicide.

It could be that Sony wanted to play it safe instead—it’s difficult to say what the publisher actually has in the chamber. THE LAST OF US: PART II and DEATH STRANDING are each console-sellers in their own right, but we only have a release date for the latter (and even less than half-a-year from launch, we barely know anything about it.) GHOST OF TSUSHIMA, MEDIEVIL, JUDGEMENT, and DREAMS fill in some more blanks for the near future, yet I only see the first of these making a significant market impact. We still don’t know anything about the PlayStation 5, and despite some haughty claims of superiority following the Project Scarlett reveal, there’s no saying if Sony’s next console is any closer to realization than Microsoft’s. 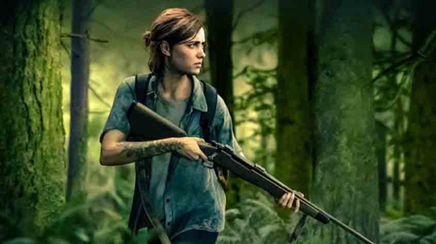 Beyond all of this, nobody but Sony can say with confidence what the publisher is ready to reveal. E3 2019 felt like an off year due to how little new, tangible content was unleashed. In addition to a phantom console, Microsoft offered zero additional information on HALO: INFINITE (outside of its status as a launch title on the aforementioned console with no release date). Nintendo teased a sequel to BREATH OF THE WILD, but we don’t know what it is, when it’s coming out, or even what it’s called. Luigi’s Mansion and Animal Crossing are certainly franchises to get hot and heavy over, but they aren’t dreadnoughts like Mario, Metroid, or Zelda.

Third-party publishers fared little better: Square Enix dropped MARVEL’S THE AVENGERS, but next-to-no gameplay for it, while Bethesda spent most of their conference attempting image-control following the disaster that was FALLOUT 76. Ubisoft had a solid roster of Tom Clancy titles and an ambitious reveal for WATCH_DOGS 3, but it’s hard not to feel the franchise fatigue setting in for the company’s entire catalog. EA’s pre-E3 event was the most embarrassing, a blink-and-you-missed-it affair with only one new gameplay reveal in the form of STAR WARS JEDI: FALLEN ORDER (which also got a trailer at Microsoft’s press briefing).

It could be that Sony, feeling similarly strapped for content, opted to guard their cards, buy themselves a few more months, and avoid the humiliation of walking naked onstage. It could also be that the company has some real heavy-hitters on deck, and seeing the writing on the walls—that all of their competition had already played their hands—decided to show everyone up with their own event. Though unlikely, it could be that the PlayStation 5 is more than the vague, lofty promises offered by the Scarlett. It could be that there is gameplay ready to be shown for GOD OF WAR 2, that Insomniac has something spicy cooking, or that THE LAST OF US sequel is ready to roll out this year. 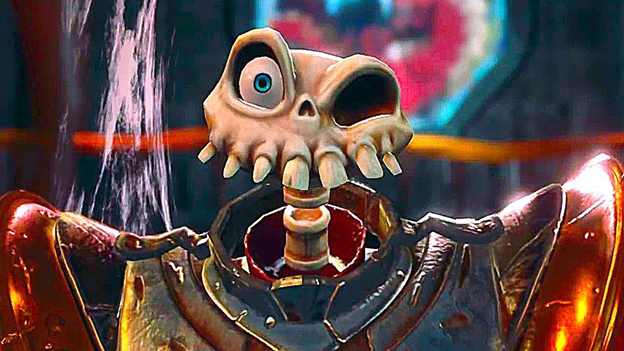 Maybe not this guy, though…

Realizing any of these possibilities at PSX 2019 would be a shock, to put it mildly. If Sony dropped a stacked lineup just months after one of the most disappointing E3s in recent memory, it would be one of the biggest moves in the history of the games industry. E3 2019 would no longer be an off-year—it would be proof of how little the expo matters without the PlayStation. We won’t know if Sony “won” or “lost” E3 until they reveal their hand later this year. What is certain is that one of the major pillars of the industry opting to sit out their biggest opportunity to flex speaks volumes about their attitude and direction.

Regardless of it being a lack of confidence or an overabundance of it, Sony doesn’t want to play nice with the other kids. Yes, the Japanese conglomerate recently agreed to share streaming technology with Microsoft, but this feels more like a necessity in the face of the looming, alien threat of Google’s Stadia than any true spirit cooperation. The houses that built the Switch and Xbox One seem more than happy to share games, characters, and fans, a bond that has only grown stronger as Sony drifts further away from the pack. Whether “further” means charting new territory or being left behind remains to be seen, but by all indications Sony seems intent on creating a rift within video gaming that may never be repaired.