So you wanna write an Avey Tare review? Alright, first three paragraphs have to be a smug oral history of Animal Collective that let the reader know “I used to like Animal Collective when it was cool or maybe actually it wasn’t cool and that’s why I’m cool.” Be sure to mention how many times you’ve seen them live, toss in an extremely lame anecdote about when you took a half gram of shrooms while listening to FEELS, can’t forget to proclaim there’ll never be another band like them. By then most everyone will have closed the page and you can move onto writing about the actual album. Don’t forget to throw in ample comparisons to Panda Bear; that’s essential.

COWS ON HOURGLASS POND is anchored by three outstanding tracks “What’s the Goodside?” “Saturdays (Again),” and “K.C. Yours.” The former and latter combine just about every sound you’ve heard from Avey compiling elements of dance, folk, and ambient into melodic perfection. “Saturdays (Again)” straddles the fence between the dance-forward personality of the aforementioned tracks and the aimless, spacey soul of the accompanying songs. Portner’s anxiety over aging permeates the record but is consistently flipped on its head when contrasted with lyrics harkening back to childhood. Be it lemonade, running through ponds, or dancing with bugs, every song is loaded with saccharine imagery that compounds perfectly with some of Portner’s most impressive instrumental arrangements to date. It’s easily digestible yet each repeated listen is more rewarding than the last, peeling back layers of intricate sound design to reveal little flourishes that add to the folklore feel of the record. [Ryan Moloney] 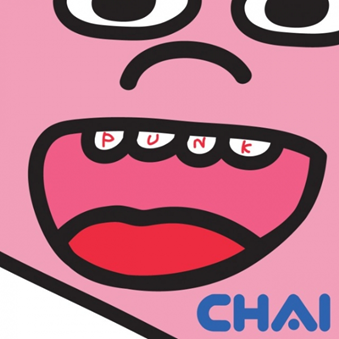 CHAI, the all-female four-piece from Nagoya, Japan, have made a strong impact on the Japanese underground rock scene in a rather brief period of time. Their debut album, PINK, was a solid release that caught on in their home country, and because of that their sophomore effort, PUNK, received a somewhat larger distribution. CHAI play a strange but delightful fusion of alternative rock, post-punk, J-Pop, and electronic dance music, a sound that can really only be most closely compared to a group like Jamiroquai or Basement Jaxx. Infused with an individuality and joy uncommon to many acts, their music is a sort of infectious and contagious ray of sunshine beaming through your headphones. The album opens strong with “Choose Go!,” a track that starts off with a somewhat dour post-punk drum and bass groove before kicking up the energy for an uptempo romp with a sticky vocal melody. An even stickier vocal melody comes on the third track, “I’m Me,” an uplifting piece of power pop with some intriguing musical bells and whistles, and “This Is Chai” shifts that tone much farther into the realm of electronic, using breakbeats and chopped-up horn samples to create a downright futuristic club banger that serves as a riotous self-celebratory anthem for the band, empowering and replete with attitude. “Wintime,” “Fashionista,” and “Curly Adventure” all are highlights as well, throwing a little bit more psychedelia into the mix to go along with their bouncy hybrid grooves. At times, PUNK tends to get lost in a musical idea that just doesn’t stick as well as others, and some grooves and melodies kind of fall flat, but given how some of the hits hit, this young and exciting band can be forgiven for their creative missteps. While by no means a perfect record, the music that CHAI has put together here is just incredibly fun, managing to pack in some catchy hooks and occasionally tantalizing forays beyond normal genre boundaries. For an energetic and enjoyable listen with some interesting experiments in genre-bending, check this one out and get in on the relative ground floor of a group on the rise. [Jacob Martin] 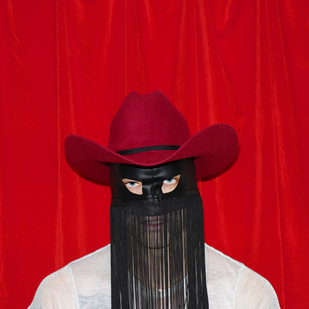 Behind a frilly leather mask and a crimson cowboy hat, Orville Peck leers at us from the cover of his album, daring us to press play on whatever surrealness may potentially lie within. For as odd as the cover to his debut is—and admittedly, most of us don’t see many lampshade S&M masks on a daily basis—the songs presented on PONY are surprisingly straightforward. Peck’s velvety voice is a dead ringer for Roy Orbison or Elvis Presley, and through a haze of devilry he delivers sparkling, simple western ballads, the kind that would be perfectly suitable to hand over to your grandmother (although you may want to lose the record jacket). But in spite of that simplicity, there is a sinking and unnerving feeling you’ll get going through PONY; while these tracks are technically no less creepy than, say, Orbison’s “In Dreams,” just like that song’s use in BLUE VELVET, they take on a different kind of David Lynch-ian quality. A bald-faced gimmick, Peck’s beedy eyes daring you to press play is all part of a larger experience to join him through that underlying darkness, and naturally your ability to buy into songs about rodeo queens by a man whose face we never truly get to see is both cinematically provoking and also potentially annoying. As I say, these songs are simple—the soaring guitar melodies and vocals of “Winds Change,” or closing time walk home “Roses Are Falling,” are impeccably orchestrated, but they aren’t the kind of thing you haven’t heard Paul Anka or The Spaniels or the Righteous Brothers do throughout the course of your pop cultural history. If you’re willing to give in to the darkness that Peck channels through his aura and his aura alone, PONY is a worthwhile trip to whatever scenic western town the album resides in. But otherwise you’ll likely find a novelty, some well-made but forgettable genre experimenting on a sound that’s frequently reserved for other gimmicky ‘50s and ‘60s Americana worship. [CJ Simonson] 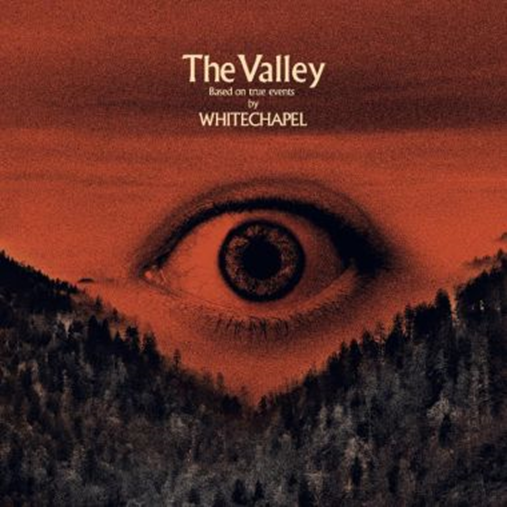 I am not a metal elitist, okay? Clean singing, melodic hooks, or the ominous finger-picking typical of alternative metal are not bad things in principle. Veteran Tennessee deathcore act  Whitechapel certainly do a better job with these components on THE VALLEY than they did on MARK OF THE BLADE, their first to include clean vocals from Phil Bozeman, and their latest is not as spastic and horribly constructed as Suicide Silence’s disastrous self-titled pivot. It’s produced and mixed well enough—the drums and rhythm guitar don’t smother everything, the vocals are clear and legible. However, there’s no escaping the fact that it’s just hilariously lame. “Hickory Creek” has a nice solo, but you have to slog through a bad Stone Sour impression to get to it, and no amount of eerie, dramatic acoustics can make up for having no presence or charisma as a vocalist. “Lovelace” is even more cheesy, with a call-and-response of harsh singing and cleans repeating “help me!” or echoing the end of sentences, and the anthemic harmony of the two on the chorus of “When a Demon Defiles a Witch” certainly prepares you for the cheese to follow.

The sad thing is that if you read over the lyrics to this song, as well as others on the record, there’s some poignant stuff dealing with his mother’s multiple personality disorder and her overdose and the murderous rage he feels at his stepfather for terrorizing her. Even after proclaiming “He is finally dead / Come celebrate this day” on “Forgiveness is Weakness,” Phil acknowledges that “serenity never feels so empty / sanity never came back to me” on “Third Depth.” It’s a surprisingly nuanced, moving portrayal of vengeance and how his stepfather’s death left him with no closure and no true happiness after dreaming about killing him for years. It’s a shame that it’s often set to such predictable music, or that both types of vocals suck out any emotion; THE VALLEY is the equivalent of trying to smelt gold out of a cinder block. If you want to hear some metal with clean singing and major-key hooks about the death of a beloved mother, but that actually has the ghostly ambience and monumental presence to work, check out Gojira’s MAGMA instead. [Blake Michelle]

Letter from the Editor: The Genius Issue