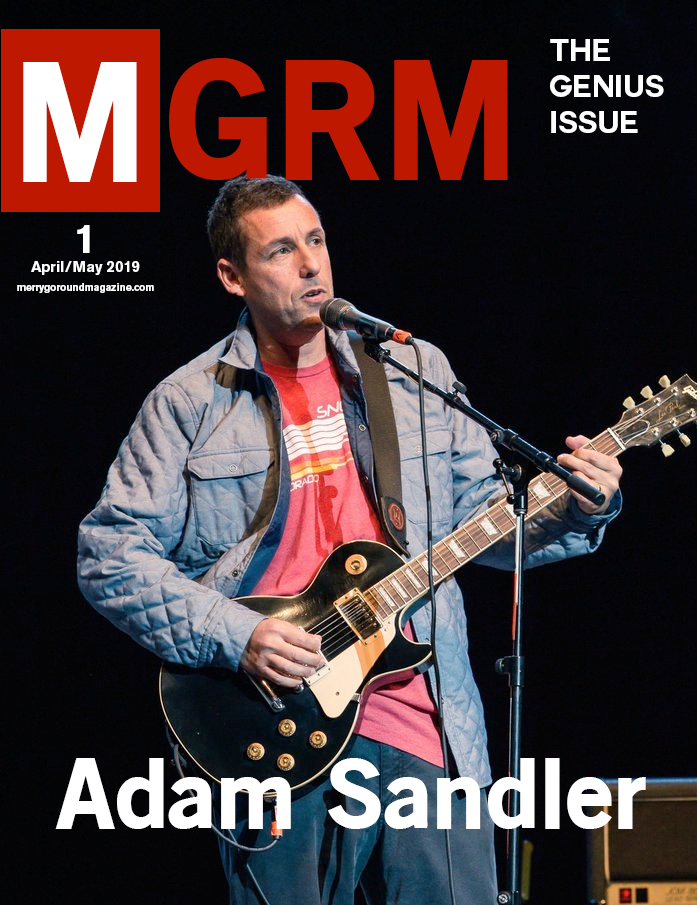 The true genius is the mind of a child, an unbiased, creative, and colorful outlook on the world that seeks delight and beauty regardless of refinement.

It’s been a pretty exciting time lately around Merry-Go-Round headquarters, our newly renovated thinktank in the beautiful Arts District of Los Angeles. For those of you who have been paying attention, it’s been a long, hard road out of Hell for the publication formerly known as Crossfader, but it’s high-time we come clean: we’ve been pulling your leg a bit! You may have heard rumors floating around about a “Patreon” of sorts (pff), but who would want to be generously supported by readers when you could instead make a big, bold entrance into the world of print media in this Year Our Lord 2019? Thankfully, we made some good pals over at the Fader last spring after a legal situation developed (water under the bridge!), and they were generous enough to give us a few tips and design suggestions to start our own run of bona fide tactile magazines.

For our first issue, we wanted to focus on the concept of “genius” in order to celebrate the genius of the Fader, the genius of Merry-Go-Round, and, most importantly, the genius of yours truly. There were multiple contenders that were floated as potential cover stars: J.A. Bayona, director of JURASSIC WORLD: FALLEN KINGDOM. SallyAnna Salsano and Drew Tappon, who gave us MTV’s inimitable FLORIBAMA SHORE. And, of course, the misunderstood Swery65, responsible for THE MISSING: J.J. MACFIELD AND THE ISLAND OF MEMORIES. All have had their time in the Merry-Go-Round sun, but to the humble minds of this enterprise, there’s no one creative force in this world that embodies the concept of genius more than Adam Sandler.

Firmly wedged in the cultural consciousness due to an unforgettable star-turn on the syndicated late-night programs of yesteryear, Adam Sandler has successfully reinvented himself for several generations of fans, whether it be collegiate common folk looking for a quick laugh, juvenile preadolescents sneaking an inappropriate chuckle away from the watchful eyes of mom and dad, and now, more distinguished and discerning audience members finally willing to embrace his undeniable dramatic prowess. How many people can say they’ve worked with one of the most distinctive auteurs of 21st century cinema, improvised a song about sucking Judd Apatow’s dick in space, and knocked it out of the park in both regards, enrapturing entirely separate and disparate intersections of people and gaining new fans in both arenas?

Unmoored from any considerations of or tribulations regarding the gleeful mixture of high- and lowbrow he employs, there is something universal and fundamentally human in the Sandman’s oeuvre, something that says there’s just as much value to be found in the ecstatic exaggeration of extended arrangements of fart effects as there is in quiet, heartbreaking contemplation of a life of loneliness and isolation. In these striated times, it’s a breath of fresh air to be present in the same cultural moment as someone who inhabits an ivory tower earned through decades of hard work while continuing to constantly poke fun at it, whether directly through his films or more implicitly in terms of overall self-presentation. Sandler has never stopped reaching out a hand to those often left behind in critical conversation and has always sought to remind us all that it is by sticking true to your vision and supporting your friends with unwavering loyalty and opportunity that the everyman can become mythical, not by making use of outdated reliance on hierarchies and systems determining what has “value.”

True genius is only measured in time, but considering the cavalcade of classics already under his belt and forward-thinking long-term deals with the streaming giant that is set to entirely dominate the cultural conversation within our lifetime, it’s safe to say that Sandler’s timeless characters will be etched in stone. To so deftly and masterfully be able to commandeer a vision, imbuing each iteration of your creative force with a vitality and presence entirely your own, is legendary enough as it is, but to offer a clarion call to so many different  demographics is an unheard-of feat no other performer can match with such consistency. And it’s usually done while wearing cargo shorts and sandals. Welcome to the Genius Issue.