Merry-Go-Round Magazine is out here at the virtual Sundance 2021 straight causing a ruckus.

A 48-degree night in Los Angeles is pretty similar to a 20-degree night in Park City, minus breaking bread on the Prospector shuttle with a kind woman from, like, Colorado who comes every year to watch a few movies then go skiing with her friends from college. Meanwhile, I’m guzzling six movies in a day and surviving on granola and Arizona Iced Tea. The coverage keeps coming, but now? Let’s look at Jessica Beshir’s experimental documentary FAYA DAYI and Jerrod Carmichael’s buzzy, jet-black ON THE COUNT OF THREE. 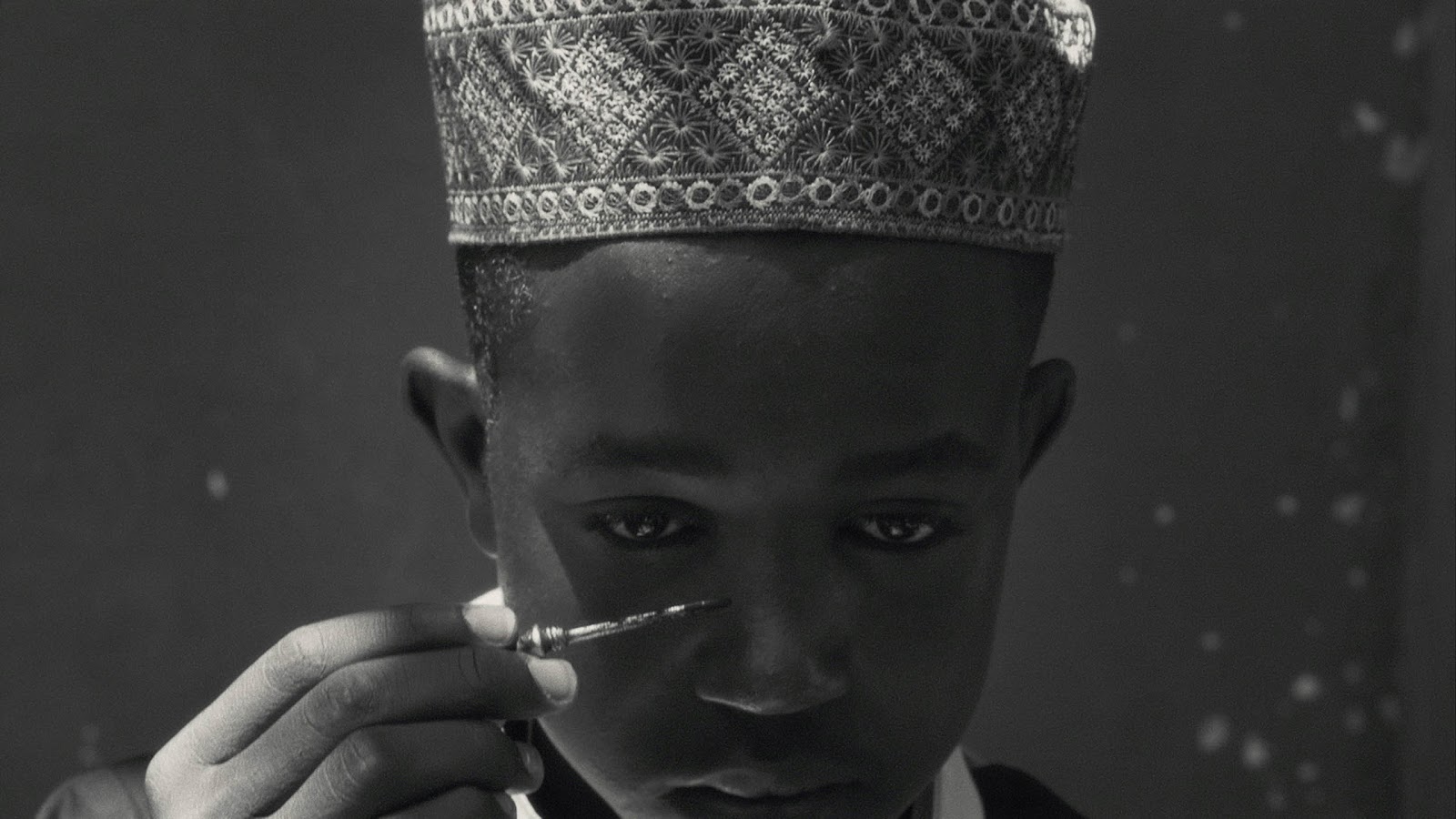 A tone poem that gifts a graceful boredom; this is not me trying to sugarcoat FAYA DAYI’s deliberate pacing, because I’ll admit up-front, this is boring, but try telling me that’s not what stepping into one’s consciousness ultimately is. Adopting one’s routines, where acts of service become muscle memory flutters and times spent resting by the river serve as spiritual realignments. The vision of a community is made up of faces, verve, and energies, not sociological data. Beshir figures the fullest experience of a people through their most silent memories, the film draped with the hushed whispers of an ancestral past flowing through the curtains and tossing the leaves. Generations speak to one another, all bearing variations of the same societal trauma; the few moments FAYA DAYI triggers a traditional interview with its subjects, they can’t fight the immediate lumps in their throats as they recount the wearisome labors of their sacrifices rewarding them merely with the maintenance of their stasis. Long stretches of inertness concluding with seismic physical movement, young farmers hesitantly marching into the pitch-black of the mountain range in hopes of reaching the side that casts no shadow – hungry for a jolt, despite the isolation it may bring. Beshir’s feature debut is an impressive bout of poetic surveillance, her camera subjects her viewers to a transportive, ethereal tonality, but also objectifies the khat farmers in an inky black-and-white for our visual pleasure. It’s tough to gauge when faced down with a culture beyond your casual understanding, I’m certainly not informed to say what this may get “right” or “wrong,” but the concern nagged for each of FAYA DAYI’s misty minutes.

ON THE COUNT OF THREE

First and foremost: I hope that once ON THE COUNT OF THREE, Jerrod Carmichael’s directorial debut, reaches the masses, it launches with, at the very least, a content advisory. This is a boldly frank 90 minutes of nonstop suicidal ideation at the mulch factory, where Carmichael’s recently promoted Val proclaims to Chris Abbot’s Kevin (who he’s just sprung out of a clinic a week after a failed overdose) that “not waking up tomorrow is the most beautiful thought I’ve had in a long time.” This is an oppressively dour story of two friends who see a better world in one another’s shared death: like goddamn, even J.B. motherfucking Smoove puts in a heavyweight, frightening dramatic performance. It’s a film that glumly posits that if you planned your last day alive, chances are it wouldn’t be much more glamorous than over-ordering at the local diner, guzzling a Kroger-bought handle of Maker’s Mark, and driving a bullet in your abuser’s skull in a cold sweat.

We all steal from our favorites, but it’s like Carmichael watched GOOD TIME, loved it, and decided to buy his own with the collected cash-out of THE CARMICHAEL SHOW and the combined clout of not only being Tarantino’s selected DJANGO prodigy, not just being Tyler, the Creator’s close associate, but also the goddamn co-writer of the Safdies’ own 48 HOURS remake. That’s a healthy crop of genius creatives to work hand-in-hand with, but in his eagerness, he’s picked up some of the more irritating traits of each: nobody in ON THE COUNT OF THREE shuts the fuck up, there’s a tireless tenacity to maintaining a juvenile vulgarity so as not to let the earnestness lead, and he’s borrowed the template-fulfilling adherence to filming under the most unflattering of fluorescent bulbs to achieve a truer aesthetic realism.

ON THE COUNT OF THREE is soberly committed to being a dark comedy about suicide, rather than a story about suicide. Carmichael is urging you to laugh, but there’s a lot of pain in these characters’ hearts and not nearly enough time sufficiently exploring it to make our laughter feel anything but gross. It’d be one thing if this was abrasively challenging its audience, something akin to a Rick Alverson comedy, but there’s a pit in my stomach telling me this is aiming for Hulu. The combination would feel less queasy if the film was actually funny, but the comedy is so (admittedly, appropriately) disaffected and (admittedly, disappointingly) boilerplate that you might as well nix it like parsley on your plate. Get it out of here, be gone. It’s the type of humor where the armed duo walk-and-talk down a hallway with Chris Abbott saying “I don’t know how I’m gonna do this, I don’t have a plan, I think I’ll just vibe it out,” to which Carmichael responds “Vibe it out? It’s a fucking murder, dude, it’s not a fucking weekend at Coachella.” We already overdid this in the ‘90s, tons of young directors taking their crack at recreating Vincent Vega and Jules Winnfield. There’s a vibrating honesty to Jerrod Carmichael fearlessly looking down the barrel of the gun he holds to his own forehead, but his output has the excited spirit of an indie 25 years late to the party. You know how UNCUT GEMS ends on one of the most dour bring-down bummers in recent memory, but sent us off into theater lobbies positively buzzing with planet-shattering adrenaline? There’s no recipe for that, try as Carmichael may to construe it himself through genre-bending trial and error: that’s just alchemy.

IN THE EARTH Drops Acid in the Forest, CENSOR Can’t Hold a Candle to Its Inspirations