I had the privilege of seeing the newest “faith-based” film from evangelical production company Pure Flix this past weekend—it is, predictably, an amateurish effort (to put it mildly). Rooted in acetone cinematography, performances almost as inhuman as the straw men it so prodigiously employs, and a screenplay that relies on Planned Parenthood director Abby Johnson’s elementary-school prose, it’s a complete and utter disaster. More interesting is the film’s audience—I sat near the front so as to avoid offending earnest patrons when a moment of unintentional hilarity presented itself—for example, when an abortionist quips, “beam me up, Scotty!” before vacuuming a fetus (but I digress). Fascinating was the moment when, 10 minutes into the film, a woman, seemingly in her 90s, armed with a walker and a laboriousness not often seen in today’s whiz-bang culture, made her way into my row and sat a seat from me.

The movie seemed to work wonders for her—especially, I noticed—when directors Chuck Konzelman and Cary Solomon engaged in what the MPAA has coined “disturbing/bloody images.” These scenes drew gasps and moans from the whole auditorium, but I was especially moved by this woman’s distressed reaction—one can only assume she was anti-choice and the film would not tell her anything she didn’t already know, but there was something about seeing those (really, relatively innocuous) images that seemed to push her deeper into her despair. The film confirmed her worst nightmares, and then some. 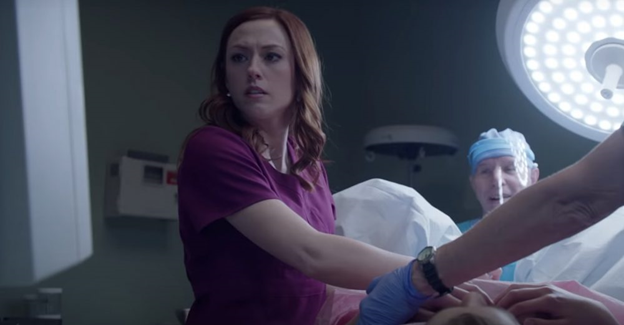 So it is with the R-rated faith film: going to a film with the knowledge of its “restricted” rating beforehand somehow amplifies its “restricted” content, makes it seem that much more unseemly, disturbing. The R-rated film is taken more seriously in its ideological assertions, simply by the implication that it is a film “for adults.” The MPAA, a deeply conservative organization, has had, inadvertently, the final say in the abortion debate: abortion is a violent procedure, unfit for those under 17 (though, as many critics have pointed out, those under 17 can, almost without exception, acquire abortions in the United States); abortion is a “disturbing” undertaking, the resultant blood flowing not from fetuses but from unborn children.

There is an argument to be made that UNPLANNED’s restricted rating has the potential to turn off family movie-goers, who have been accustomed to mostly PG-rated outings from Pure Flix. The company’s greatest hits include the God’s Not Dead franchise, the first film of which grossed $60 million on a $2 million budget. If the reports from the box office are any indication, a lack of filled seats doesn’t seem to be the case—UNPLANNED grossed $6.3 million in its opening weekend against a $6 million budget. The film opened in fourth place—to put this in perspective, Harmony Korine’s THE BEACH BUM, a film from an established director with a large cult following, featuring a star-studded cast, opened in 10th (the two opened at roughly the same number of theaters). Audiences gave UNPLANNED a stunning “A+” CinemaScore, and this weekend, the film has extended its reach, expanding from playing in 1059 theaters to 1700.

Of course, it must be said that a (not-insignificant) portion of the film’s viewership will be those who will view the film through an ironic lens, pro-choicers who find the concept of an anti-choice propagandist film to be inherently amusing. This idea of an ironically detached viewing experience was elevated to legitimacy by the God’s Not Dead films, which are gloriously incompetent, but possess a definite thread of unintentional hilarity, from their direction to their barely-there production values to the intellectual paucity of their arguments. There can be no real harm, though, in watching these films if one recognizes that they are, in fact, disgusting, and IF one can actively mock its ideology. Not so. 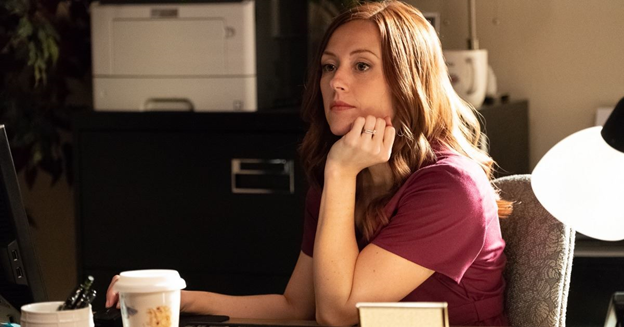 Renowned philosopher and psychoanalyst Slavoj Zizek refers to this viewing experience as “pleasurably disgusting,” where the sheer ridiculousness and foulness of the piece lends itself to a sort of spiritual experience—vastly different from watching a good film, or even a sleazy work of pulp trash never meant to be taken seriously. Making fun of films like GOD’S NOT DEAD renders them, and their ideologies,“viable,” he claims. Postmodern irony has become a staple of even mainstream cinema—films like DEADPOOL have legitimized the concept of self-deprecation while simultaneously using that detachment to further an ideology of crudeness, emptiness, and nihilism. The Pure Flix film is, however, more harmful in that it does not even attempt to recognize its failings; these films are made completely in earnest, without a trace of self-awareness. To take them to task in a satirical/parodic way is to lend them credence.

Vice President Mike Pence Tweeted (from his official government account) praising UNPLANNED, urging audiences to go see it—other prominent proponents includes Donald Trump Jr., among others. Make no mistake: this is the United States government actively promoting propaganda. I doubt if Pence has even seen the film. All that matters is the film’s ideology, his familiarity with the Pure Flix brand assuring him that there is nothing to fear. The film, from the moment of conception, was a hit.

In a curious decision, the MPAA has also slapped the upcoming faith-based THE RELIANT with an R-rating, citing “some violence.” The film, with a synopsis recalling THE PURGE, apparently depicts a 13-year-old boy using a firearm “responsibly.” This, the producers claim, was reason to brand the film restricted, even though they sought “careful counseling” from successful filmmakers. Dr. J. P. Johnston, the film’s staccato-titled producer, regards the rating as a “deliberate sabotage.” In the wake of the success of UNPLANNED, now at over $12 million grossed nationwide, well… to channel my inner atheist—I find that hard to believe.