Note: This article contains spoilers and discussion of the plots of CAM and EX-MACHINA.

At least since Fritz Lang’s METROPOLIS, science fiction films have been interested in creating bionic women that somehow fulfill men’s fantasies in a way that real women cannot. The trope has existed essentially as soon as the idea of creating lifelike androids entered the public consciousness. Television shows such as THE TWILIGHT ZONE and BUFFY THE VAMPIRE SLAYER have also involved the creation of robotic female companions for lonely men, and the inevitable consequences of doing so. Pygmalion-style narratives have always been a fixture of sci-fi and fantasy, and almost always center the experience of the men who create their ideal woman. The trope is a natural extension of men’s desires to purchase and curate a female companion that simply submits to their whims, completely devoid of the human needs and desires of real women. In many ways these bionic women are meant to be replacements for sex workers, permanent companions rather than women whose time and companionship can only be temporarily purchased. 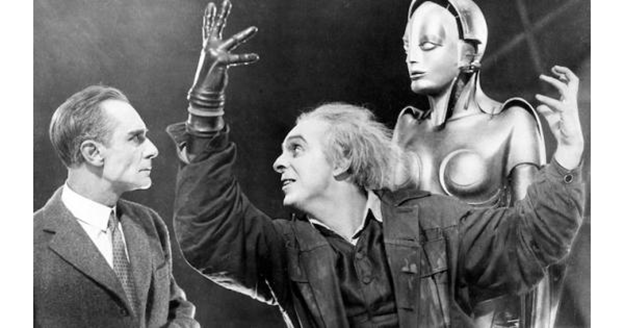 This is what makes CAM, the Netflix-Blumhouse joint production released this year, such an interesting inversion of a long-running trope. CAM is the story of Alice, a cam girl who goes by the screen name Lola, who aspires to reach the top viewing spot on the website that hosts her cam shows. Her shows are uniquely provocative; the movie begins with her pretending to slice her throat with a giant knife on camera when a fan tips her enough to do so. Performance, and an uneasy blending of morbid fantasy and reality, are at the heart of Alice’s work. It’s clear that Alice enjoys the work, both because of the lifestyle it affords her and the satisfaction she receives from chasing up the ranking system. Most importantly, by establishing rules and limits for herself, she is able to maintain a sense of agency and safety as she navigates her career. 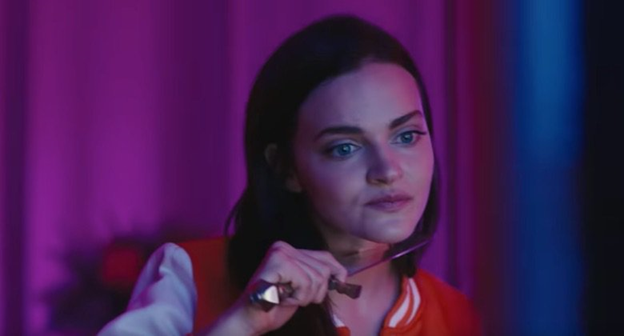 Whomst amongst us wouldn’t slit our fucking throats for clout?

However, just as Alice seems to be rising in popularity, her account is taken over by someone who looks exactly like her. This projection of Alice is much more successful at “playing the game” of the cam website, getting men’s attention, and jumping up the ranks through elaborate and gruesome stunts. The new Lola slips entirely out of Alice’s control, not only stealing her money, but also leaving Alice to deal with the aftermath of Lola’s actions online. This version of Lola performs in public spaces and tells her customers that she loves them, she fakes blowing her brains out with a gun on camera, she ups the ante in ways that the real Alice would never want to. The digital Lola is the more popular cam girl, but, as we eventually discover, she is also entirely fabricated: an AI recreation of Alice’s image generated to use her likeness to enrich a shadowy, unidentified entity lurking somewhere on the internet.

Generally speaking, when the trope of the artificial “perfect girlfriend” is rolled out in movies and television, the narrative is told from the perspective of the men who attempt to create her. The consequences of trying to fake human companionship are experienced by men, not by the women who have their likenesses stolen from them. In CAM, screenwriter Isa Mazzei was able to subvert the trope by centering the narrative around a cam girl rather than another type of worker. The specific nature of digital sex work, the commodification of one’s own body and image, allows Alice to uniquely experience a horror so many of us want to pretend could never happen to us.

The horror of CAM is so effective and relatable because we can all imagine having our digital self stolen. We all know our Instagram accounts could be hacked, that someone could steal our pictures off of Facebook and pretend to be us, it’s just that the stakes for Alice are much higher given the nature of her work. The harrowing scene where Alice watches her digital self fake committing suicide is effective because we can all imagine watching someone impersonate us online, even if not to such an extreme. By contrast, not many of us can relate to being a reclusive billionaire trying to build the perfect robot girlfriend, only to be beaten to death by her almost as soon as we succeed, as happens in EX MACHINA. That’s not at all to criticize EX MACHINA, but rather to point out why CAM is good at what it does, humanizing sex workers in a way that I’m not sure movies were capable of before the digital era, speaking to something universal in the process. 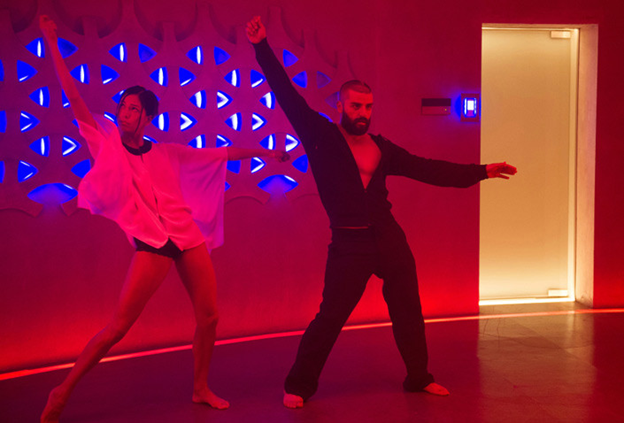 For one thing, I’ll never dance as well as Oscar Isaac

Consider how tropes about sex workers typically played out in Hollywood movies throughout the 20th century. Even in seemingly subversive and pro-sex worker movies like SHOWGIRLS, the resourcefulness and desire for autonomy was rarely centered in these narratives. It’s only in the most recent generation that attitudes towards sex work have shifted enough to begin to destigmatize it. This is obviously due in large part to the mind-boggling proliferation of pornography through the internet, making it more commonplace than ever before. While it’s not a good thing that free sites like Pornhub are so ubiquitous, they do seem to have created space to talk about people’s relationships with sex work with more honesty than previously allowed.

2013’s DON JON allowed for an honest portrayal of porn addiction that’s difficult to imagine being as lighthearted even 10 years earlier. Similarly, TANGERINE was able to tell the stories of two transgender sex workers living in Los Angeles with a certain amount of humor rather than overbearing melodramatic tragedy. By being able to shoot cheaply on the iPhone, Sean Baker was able to feature actual former sex workers and collaborate with them to tell their own narrative, rather than relying on the narrative approved by a major Hollywood studio. Even more so than TANGERINE, CAM allows a former sex worker to control the narrative by telling the story as Mazzei wants to tell it, which may be an entirely new thing in a mainstream Hollywood film. 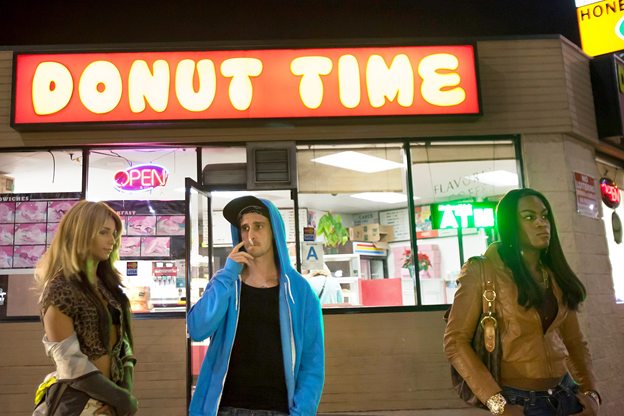 This Donut Time no longer exists, thanks a lot, Danny Trejo

As all of our work and relationships have been transformed by the invention of new digital technologies, so has sex work, and by extension this has changed how this work is portrayed on screen. CAM could not have been made in an earlier generation because cam models themselves are a recent invention. Like most innovations of the internet era, the promises of camming have, in many ways, failed to live up to their expectations, which is the crux of the horror at the heart of CAM’s narrative.

Camming as a profession in theory provides sex workers with more safety and control than they could have had in traditional “analog” sex work. However, as is revealed halfway through the movie, half of the money Alice makes is taken by the website that hosts her shows. Although all of the labor that brings an audience to the site is performed by Alice, she is already alienated from the full value of her work by the capitalist owners of the website. When the AI projection of Lola completely steals her likeness, she is really only having her alienation from her labor made apparent: she always was being taken advantage of by the faceless corporation taking an enormous commission from her work. 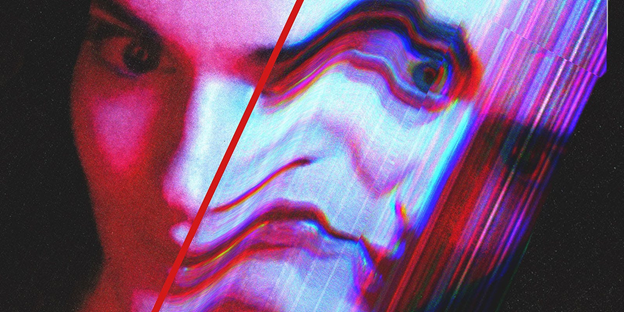 What’s more, when the AI version of Lola locks Alice out her account, the bureaucracy of the website makes it impossible for Alice to take her account back. The company has no reason to care that Alice has been replaced by a digital forgery, because ultimately the digital forgery is more profitable. We eventually learn that Baby, the #1 rated girl on the website, is also an AI fabrication, in fact a sort of digital zombie, since the woman she is modeled after is dead. As far as the company is concerned, it really doesn’t matter who is real and who is fake, so long as customers continue to pay to use the site. The illusion of intimacy for the customers is all that matters, whether they are being entertained by a fake suicide or a digital Pygmalion, so long as they’re paying.

This experience is by no means unique to digital sex work; anyone who’s worked online as a content creator or freelance contractor has had similar experiences, even if the functions of their labor are different. All workers, whether they’re truck drivers, cam girls, or freelance writers, also share a vague sense of dread that they may one day be replaced by automation. Our liminal point in history is uniquely uncomfortable because it’s difficult not to look into the future with dread. The threat that artificial intelligence could replace us all isn’t a fear just experienced by webcam models. 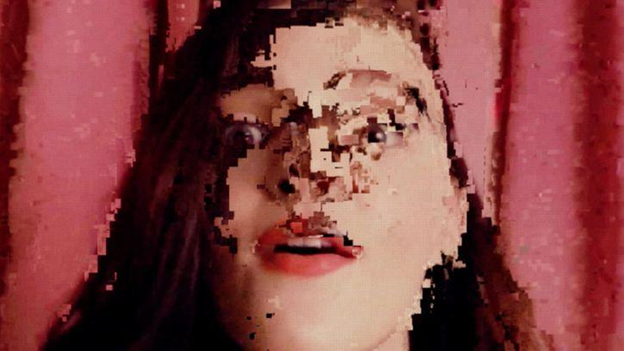 Narratives around sex work offer a unique way to dissect these complicated issues of identity and reality that the digital era has created. After all, in many ways the real work of sex work is providing the illusion of intimacy and companionship. If sex work were entirely about the satisfaction of purely physical urges, high-end escorts wouldn’t exist and Lola’s bizarre performances miming suicide wouldn’t be wildly popular with the voyeurs who watch her. The illusion of intimacy, combined with various forms of performance, is always what’s made sex work valuable. The ability to create digital, sexualized versions of themselves in some ways frees sex workers, but as CAM portrays, that freedom can easily become a prison. As all our lives are increasingly caught up in our digital projections, the type of work that webcam models do becomes a heightened way to explore our shared anxieties in our new era. 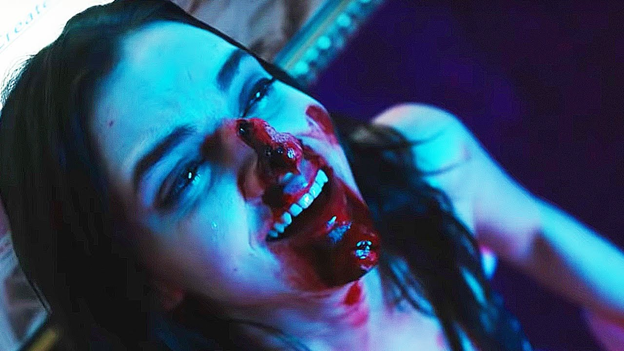 Andrew WK is a weird inspiration for this movie, but I’ll take it

Perhaps the most challenging part of CAM is how Mazzei and director Daniel Goldhaber chose to end it. Even after all of the alienating and traumatizing things Alice experiences, she still chooses to return to camming at the very end. While it’s never directly explained, the implication seems to be that for Alice, the allure of modeling is still more satisfying than going to work for her mother’s salon or to work in the dollar store with her friend. And in a sense, why not? Alice can afford to rent a whole house by herself! She casually buys a $5,000 couch at the beginning of the movie! I don’t know a single millennial who can do those things! To her, it doesn’t seem to matter that she could very easily be attacked by an AI clone once again, she’s going to make her money under a new assumed identity that she fully controls.