TV Editor Kate Brogden is fond of saying that this was the decade where all the old rules of how content is produced and distributed got broken. Some movies shifted to being more like event television, some TV felt more like movies, some TV felt more like a web series, and so on and so forth. Quentin Tarantino decided to split HATEFUL EIGHT into a limited series on Netflix. MAD MEN and BREAKING BAD arguably left more of an impact on the culture than any individual movie. Our entire way of categorizing our entertainment has radically shifted, and it’s not necessarily a bad thing.

What is arguably a bad thing is how drastically our consumption of news and factual information in the form of entertainment media has changed. Sure, news media has always skewed in favor of entertainment as opposed to the direct presentation of factual information, and there’s always been bias in journalism, but our current relationship to news media is deeply unsettling. It’s easy to point to Fox News as unreliable, but it was a surreal experience for a lot of well-meaning liberals to reckon with the reality that CNN played a significant role in helping Trump to get elected. Trump rallies were great for ratings, so CNN gave him an estimated $3 billion in free coverage. SNL having Trump on as a host, Jimmy Fallon tussling Trump’s hair, and other seemingly innocuous Trump appearances didn’t help either in framing what a grave threat he really was. Our media institutions largely failed us in the 2016 election, which required us all  to rethink our relationship to them. In the 2010s more than ever, audiences had to reckon with the reliability of our media and consider not just what it’s saying, but why and how it’s said 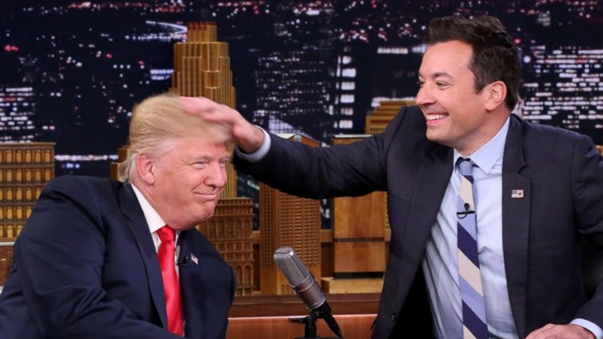 A free press that’s beholden to the same attention economy as Netflix will inevitably cover the news in whatever way keeps eyeballs glued to the set, and that’s a real problem.You can’t really blame people for filtering a lot of their information through SNL, the Onion, PARKS AND RECREATION, and the litany of late-night comedians who riff on current events. Sure, they largely only cover things that they can make funny, but the world has become a more overtly dark and scary place. Getting your information between punchlines feels like an easier way to make the medicine go down. In theory, comedy is a great equalizer and a way of speaking truth to power; why not let our comedians give us slant and perspective that boring traditional news can’t provide?

The issue is the degree to which comedians actually can speak truth to power. Netflix pulled an episode of PATRIOT ACT WITH HASAN MINHAJ for being too critical of the Saudi government—at the request of the Saudi government. As a reminder, Saudi Arabia is the country responsible for killing a journalist, brutally executing homosexuals, and suppressing women to almost cartoonish levels. It is able to hold enormous sway over Netflix because of their vast wealth and the United States’ cowardly willingness to allow the country to remain a human rights nightmare thanks to its vast oil reserves. If PATRIOT ACT is not a clear example of comedy not being allowed to meaningfully speak truth to the power that it’s addressing, I don’t know what is. You can be critical on major platforms, just not of the people who are responsible for some of the most heinous crimes in this world. Additionally, if late-night comedians and serious journalists are so interested in speaking truth to power, why aren’t they railing against fossil fuel CEOs every single night? Considering how little the “serious” news programs covered climate change from year-to-year this decade (we’re talking less than two hours total some years), it’s unsurprisng that our more popular comedy-based news programs tended to stray away from it. Naturally, climate change is depressing and hard to make entertaining, but this omission certainly has to do with the hundreds of millions of dollars that fossil fuel companies poured into advertising this decade. It’s not just that we as audiences were not receptive to stories about the realities of climate change, it is also very much that for-profit news/entertainment platforms are beholden to the influence of cash just as much as the politicians who failed to meaningfully confront the climate crisis. 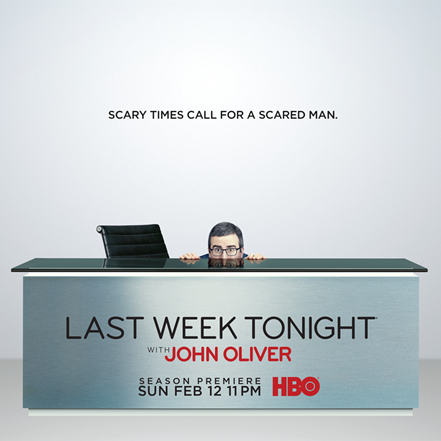 Of course, these issues are much more complex than some clean conspiracy of monied interests causing our entertainers who cover current events from never saying truly dangerous things. In an interview with Noam Chomsky discussing his seminal work MANUFACTURING CONSENT, the famed linguist does a really elegant job of explaining why the landscape of our media is the way that it is. A very serious BBC journalist grills Chomsky about his theory that journalists are trained to report in such a way that they don’t meaningfully criticize those in power. Chomsky says that this is not an explicit process, but rather an implicit one that tells people working in mass media that if they want to reach the very top, they need to figure out how to avoid offending the right kinds of people. He says, “I’m not saying that you’re self-censoring, I’m sure you believe everything that you’re saying, but what I am saying is that if you believed something different, you wouldn’t be sitting where you’re sitting.” It’s a screening process that weeds out the people who aren’t willing to play ball when millions of dollars are on the line in the production of a TV show, news segment, or major motion picture. Demonstrating that you’re willing to cut a joke at the risk of offending the wrong advertiser or the wrong “friend of the show,” such as an influential politician, is an essential part of landing a position in the writers’ room. Or, in extreme cases, being willing to sit on an explosive interview about Jeffrey Epstein is how you keep your job at ABC so as not to embarrass the royal family.

It’s a funny thing that I actually noticed myself as I was going through school studying screenwriting. Certain professors kept guiding me and my peers to work at the top, most influential talent agencies to learn how the business works, meet “the right people,” and work our way up to a position where people might be interested in helping us to make our own projects. This advice never sat well with me, because it seemed to suggest that becoming a screenwriter required thinking like an agent, which to me seems to be a pretty distinct career path from being a writer. That’s not to shit on agents or managers, they make the world turn in major entertainment, and many of the artists you love wouldn’t have their huge platforms without them. It’s more pointing out that the industry seems to favor people who are good at playing the long game of constant hoop-jumping rather than inherently favoring original, talented creators.

Truth be told, if I really wanted to work at CAA for very little money and be underpaid and taken advantage of for several years, I probably have the means to do that. I’m a straight, white male with parents who can support me and an expensive liberal arts degree that I went into a ton of debt for. For tons of other aspiring artists, mainly people who don’t come from stability and means and didn’t get the opportunity to study their passion, just getting a foot through the door and playing the game is nigh impossible. Diverse creatives rising to the top, when it does happen, generally happens because those creatives were still born into wealth and were raised in an environment where they knew how to avoid stepping on the wrong toes. People who come from marginalized backgrounds that are genuinely at the intersection of poverty, racism, and sexism simply do not have a way to break into the world of mass media. They literally and figuratively cannot afford to do so. And that’s unacceptable, because those are the very people with the perspectives to tell new and genuinely challenging stories, in the news or otherwise. 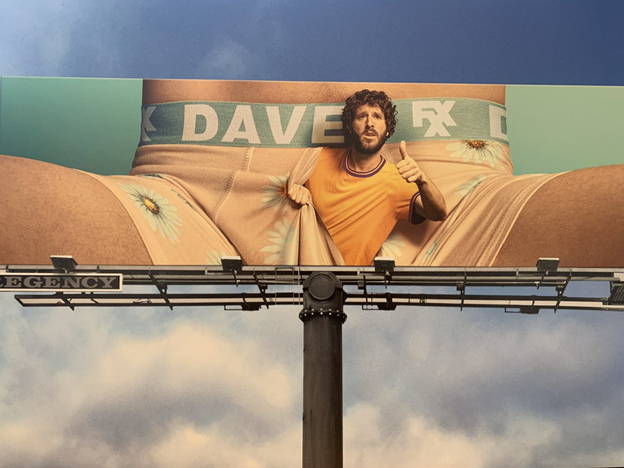 Or we could just keep doing this I suppose!

Plenty of artists and journalists have always figured out how to get subversive or controversial things through this system: great investigative reporting, like the kind done by The Center for Investigative Reporting, and challenging comedies like PARASITE and GET OUT will always make their way through the noise because people do want cutting social satires. However, it’s undeniable that the concentration of private wealth that has come to dominate major news outlets is having a huge impact on how they report information. Sure, the Washington Post can do a lot of great reporting thanks to Jeff Bezos’ money, but there are legitimate concerns about the Post’s ability to cover Bezos and Amazon effectively. Media being owned by mega-conglomerates means we all have to constantly be wondering what biases and conflicts of interest might be informing how any one news source is reporting on a subject. It’s not enough to just scroll through a Washington Post article, you better double- or triple-check how the New York Times and Reuters reported on it as well. There’s a deep anxiety among liberals post-2016 over so-called “fake news,” but truly the media literacy required to remember the varying blindspots of different news outlets is too much to expect any one person to be able to handle. 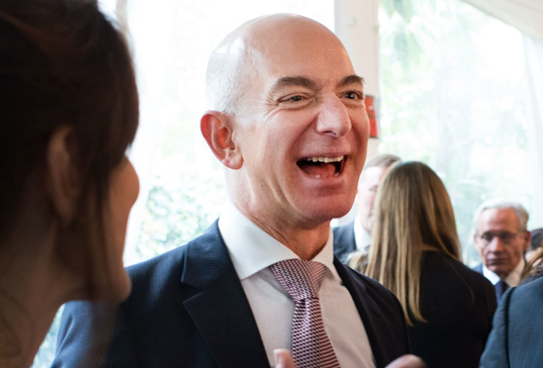 Luckily, as the internet has broken down our conceptions of what mass media even is, it’s also provided us with the opportunity to engage with news differently. We can engage with the media produced in partnership with the wealthy and powerful, but we can also consume independent, viewer supported media. DEMOCRACY NOW is a great source for news, one of the only places that consistently gives the climate crisis and international news the coverage they deserve. CITATIONS NEEDED does an exceptional job at helping you learn how to read all media with a more critical eye. YouTube channels like SOME MORE NEWS do funny, in-depth reporting that puts even John Oliver to shame. All of these sources come with their own biases and limitations, but they make an exceptionally useful lens to take in information with a more watchful eye. We don’t have the option to look away from the mass media that’s shaping our reality every day, but we can control how we process it, and I look forward to all of us getting better at it together in the coming decade.

DOLITTLE Should Have Done More 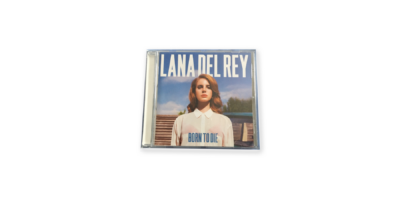 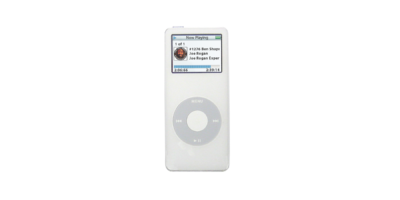 THE JOE ROGAN EXPERIENCE: On Loving and Hating the World’s Most Popular Podcast