I wasn’t very kind the last time I reviewed a Marvel film. Not much has changed since then. Nevertheless, here we are. It has become increasingly exhausting to do so, but keeping up with these bi-, even tri-annual events is now something of an obligation. In all seriousness, it must be done. For posterity. What Marvel Studios has done and is doing with their Cinematic Universe is unprecedented, and as we draw closer to their end game, the stakes only get higher. Forecasting, release scheduling, budgeting, marketing, merchandising . . . no matter the outcome, the film world will never be the same. The die is cast. We have long since crossed the Rubicon in our decade-long march unto Zero Hour, AVENGERS: INFINITY WAR. Where are we? Ragnarök: Death and Rebirth, the old world ending to begin anew.

Marvel has enjoyed an incredible amount of creative and financial freedom since successfully laying the foundations of their Universe in Phase One of their four-phase plan. It was only after Marvel Studios got that burdensome worldbuilding out of the way that we were treated to unique, genre-defying flicks such as ANT-MAN and GUARDIANS OF THE GALAXY. Following the unexpected success of those stand-alone films, it was almost a certainty that subsequent films would model themselves more closely to them rather than to by-the-numbers flops such as IRON MAN 2 and 3. If I’m losing you, bear with me. All of this, like Phase One of The MCU, has been to help explain the greatest, most fundamental failing of THOR: RAGNAROK. In the beginning, Marvel Studios had to closely adhere to a rigid formula to ensure its success. Since becoming bigger than anyone could have ever imagined, their less critical films have been afforded rare opportunities to stretch beyond those confines. Director Taiki Waititi foregoes this. Instead, he has chosen to shamelessly ape perhaps The MCU’s most misguided entry, GUARDIANS OF THE GALAXY VOL. 2. It isn’t that THOR is bad, it is unoriginal in the worst kind of way. That’s not a good thing

We open on Thor who, not at all upset over being gibbeted in Hel, immediately starts us on a groan-inducing expository gag straight out of a PIRATES OF THE CARIBBEAN movie. After 10 minutes or so, when the opening titles finally rolled after Thor had laid waste to countless demons (after explaining that it’s “what heroes do”), I had to check the time. It had been five minutes. THOR is a slog from the get-go, is what I’m getting at. And while the rest of the movie never hits the depths of its intro sequence, it doesn’t exactly soar over them either. Just how GUARDIANS OF THE GALAXY VOL. 2 took all of what (the filmmakers thought) made the first film such a surprise hit and let it run wild, the headshrinkers at Marvel Studios have followed suit in THOR: RAGNAROK. So, for the second time this year, we have a ragtag group of jokers battling for the fate of a planet no one really seems all that concerned with. For the second time this year, we get beat over the head with more stilted, crude humor. We get more slapstick visual gags and outdated pop culture references. More pandering.

Juvenile antics are one thing—the ship of a Marvel film played completely straight sailed long ago, and I’ve made my peace. But, most damningly of all, for a film with Ragnarök—you know, the Nordic End Times—right in the name, the stakes never feel all that high. This is, of course, because of the film’s flippant humor, but also because its double-story of a plot cannot possibly devote enough time to either without collapsing on itself. Odin dies—suddenly, and with no real explanation. Hela, The Goddess of Death and rightful heir to the throne, arrives and promptly sends Thor and Loki spiraling through space and time before setting out to claim Asgard. And this is where THOR: RAGNAROK shits the bed. The actual events of Ragnarök feel like an afterthought, taking a backseat to Thor’s wacky romp through the synthwave fever dream of Sakaar. Yep, for the third time this year, we’re dropped headfirst into a neon-streaked, retrofuturist trash planet. (How many times do we have to be shown a towering hologram before filmmakers will realize that we get it?) Except this time there are no lofty concepts being floated. It’s just a Candyland for Thor and Co. to fart around on while Hela commits genocide on Asgard. I’m serious, I’m not playing around

Speaking of Hela, Cate Blanchett is hands down the best Marvel villain yet. Bar none. Yes, Marvel has finally done something to address both their weak villain problem and their weak female character problem, and the result is fantastic. Cate oozes venom and seductiveness (and with no overemphasis on this) in every scene, exuding a real power in the slightest of gestures. However, because of how lopsided the movie is, she sees very little screentime, with much of it being devoted to hyper-stylized, CGI-laden fight scenes. To the film’s credit, though, these battles are visually impressive, engaging, and never as tedious as those seen in, well, basically every other Marvel movie. But—and maybe I’m alone in this—I think the decision to showcase Hela primarily as a deadly combatant was a bad one, and a real waste of Cate’s incredible talent. Waititi, again, had a real opportunity to do something new and remarkable, but he didn’t. We’ve already seen every kind of fight imaginable over the last 10 Marvel-dominated years. What we haven’t seen are compelling, truly threatening villains that leave a lasting impact on the franchise. It’s a shame, really.

It’s no secret I have little love for The MCU, but please don’t misunderstand where I’m coming from. For all of my acrimony, I am nothing if not fair. Of all of the Avengers, Thor has had arguably the weakest films in The MCU, and THOR: RAGNAROK is easily the best of the lot. But that still isn’t really saying much. While it is refreshing to finally see a powerful villainess and to have one of the most overlooked Avengers develop a real arc (sorry Black Widow, still no dice), what growth the series could boast of is countered by just how damn goofy the movie is. The film just refuses to take itself seriously. Everything is met with a joke—even the obliteration of Asgard. Chris Hemsworth seems like just the coolest dude, and you can tell he is having a good time with the role and not just going through the motions like some of the other Marvel alums. It is fun to see him fully embrace the cocky meathead God he has always shown shades of, but come on, man! Your entire home planet is in serious trouble! Stop quibbling over who the strongest Avenger is!

Ads are touting THOR: RAGNAROK as the “best-reviewed Marvel movie,” but in a critical landscape where reviewers with a vested interest are given advance viewings before anyone else can have a crack at it, and the minds of the masses are quickly made up for them by sycophants and the woefully reductive Rotten Tomatoes, that means next to nothing. And more than that, in a film landscape where monolithic corporations are comfortable in milking their cash cows dry, “best-reviewed Marvel movie” means little more than “best-reviewed Taco Bell creation.” It looks new, and marketing does a fantastic job of hyping it up, but at the end of the day they’re just serving us a reconfiguration of the same tired ingredients—the same warmed-over “meat,” drowned in cheese. It has become apparent that all of the money in the world and just as much potential won’t steer Marvel from the path of least resistance. And it is on this path, it seems, that we will continue towards INFINITY WAR. 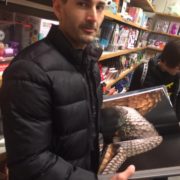 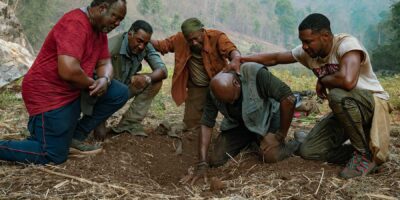 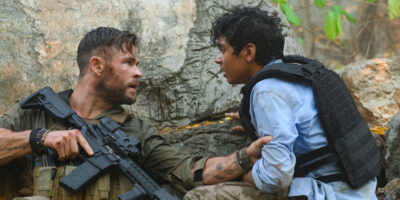 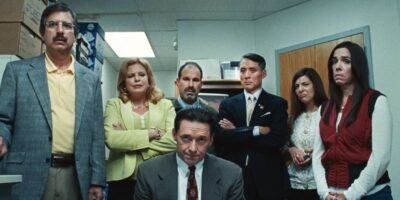 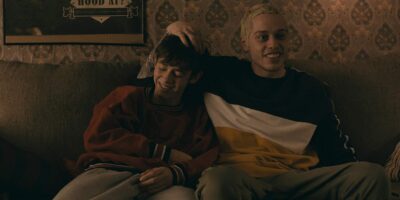 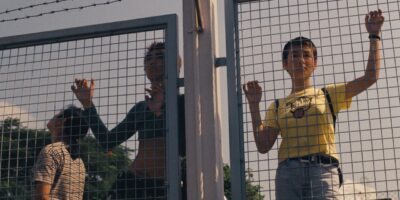 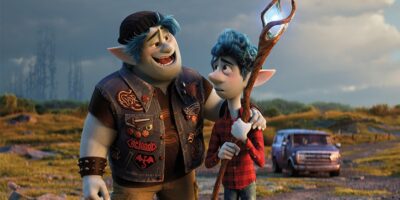