OBVIOUS CHILD writer Karen Maine directed and released her first official short film, YES, GOD, YES in 2017: an 11-minute comedy about a straight-laced high schooler who discovers her clitoris, much to the chagrin of her Catholic identity. While the short wasn’t exactly a festival smash, I thought it was pretty damn great (just goes to show how many awesome films fall through the programming cracks each year). It’s a clever, brown-and-grey tinted, early aughts cumming-of-age story that didn’t look like every other teen short film out there, and while it did structurally mirror a few too many college thesis films I’ve seen in my life, it at least mastered the emotional payoffs of each narrative beat. I was obviously pretty excited to see what Maine would do with her inevitable feature debut.

Not so surprisingly, she decided to extend her short into an extremely lean, 78-minute-long feature, and while it certainly holds up as a remarkable debut from a director I would love to see more material from, I hesitate to say that the feature adaptation really offers anything that the short did not. In simplest terms, this does the one thing I wish short-films-turned-features would never do, which is simply taking the entire short film and stretching it out with enough filler and B-plots so that it is ostensibly the same movie. For the sake of offering an alternative, THUNDER ROAD is a solid example of a film that doesn’t do this, in part because the short is a single sequence, but I think that shorts-turned-features are a lot more interesting when the short is simply the first act to a larger story, not a SparkNotes reading of the feature adaptation. 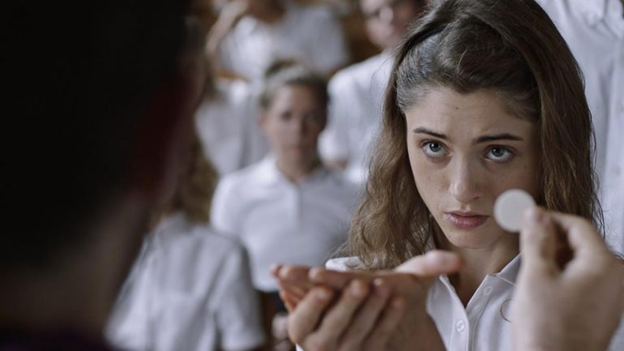 Having said that, this is still a really fun film. Natalia Dyer reprises her role as a horny school girl, and though she is charming as ever, the acting from the entire cast feels a little more hammy here. Some of the short’s naturalism is lost in its longer counterpart and I think it has something to do with the fact that so many of the scenes force the actors to lean into capital-A Awkwardness a little too much. There’s no reeling-in of the cast in those scenes. There are just a few too many raised eyebrows, winks, and awkward glances—it’s acting that calls just a little too much attention to itself when the frank emotions of the scenes speak for themselves. Another possibility is that making a feature film is simply a way more stressful process, and keeping tabs on the naturalism of your actors’ performances is demonstrably harder when you’re dealing with weeks of shooting rather than days.

Since we’re already on the subject of tone, I’d like to acknowledge that YES, GOD, YES’ biggest pitfall is that it feels a few years behind the current trend of female-led high school indies. Considering the target audience for this is basically anyone who loved SAVED! or LADY BIRD, it’s a bit of a shame that Maine didn’t study Greta Gerwig’s accomplishments more seriously in, for example, choosing to shy away from tepid 2000s needle drops; the type of in-the-character’s-head filmmaking that can read as trite. I do love many of YES, GOD, YES’ set pieces: the ensemble is fun, and I love how tastefully it exposes Catholic school hypocrisy without ever veering into completely unbelievable territory. It’s good, even great at times, but the directing could be a little more refined. 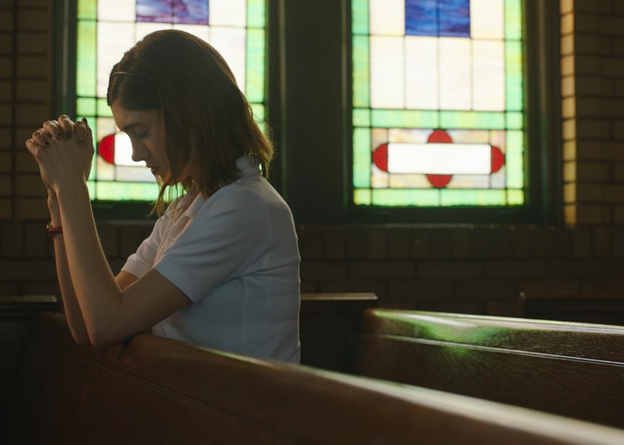 It’s clear that YES, GOD, YES comes from a personal place for Maine, and I can’t argue with how convincingly it captures the self-righteous, ignorant nausea of a Catholic education, but there is a part of me that questions why directors feel compelled to make period pieces out of stories that are trying to appeal to a current teenage demographic—it’s an issue I frankly also have with LADY BIRD. Since it doesn’t rely on its period setting as much, its era becomes more ambiguous, and, look, there’s nothing inherently wrong with YES, GOD, YES being set in the early aughts, there’s even something charming about framing the film’s story around AOL, Nokia cell phones, and loudly clanking keyboards, but this all goes back to my belief that high school films are at their best when they’re set in the present, if only because it’s the most direct means of speaking to today’s audience. I understand that Maine might be more comfortable setting her film during her high school era, but transposing your own experiences to the modern age is often what makes a good film great: just look at EIGHTH GRADE, MUSTANG, or even this year’s BIG TIME ADOLESCENCE