My grad school film professor once stated that there are only two types of films: “hip films” and “reactionary films.” Few directors solely make one or the other, in fact they usually transition from hip to reactionary as they lose some of their edge with age. Clint Eastwood was my professor’s go-to example of a reactionary filmmaker, a designation he justified after I asked a question about Eastwood being the only holdout in the vote to give PULP FICTION the Palme D’or. I understand what he was getting at: Eastwood doesn’t make films that serve as hard left turns in a right-turn monoculture. And yet, few filmmakers seem to receive as much polarizing discourse around their films as Eastwood. And maybe that’s why Eastwood fascinates me so much. For a guy who’s doing so little to truly ruffle feathers, he sure has cultivated a disruptive brand. So when the man releases his latest awards-season contender, leave it to me to find myself thinking that the whole affair is just… good-not-great-not-middling-just-fine?

RICHARD JEWELL is the latest in Eastwood’s late-career saga of American heroes. What began with the life-on-the-line mythos of AMERICAN SNIPER took us to the borderline impossible with SULLY and the luck-may-have-it heroics of 15:17 TO PARIS. Eastwood’s latest is a tale of an ordinary man who just did his job, the logical bookend to a series of films that analyze society’s desire to place people on a pedestal. But RICHARD JEWELL’s eponymous lead is not a strapping Bradley Cooper, nor a fatherly Tom Hanks. On the contrary, Paul Walter Hauser’s overweight security guard is everything we don’t associate with American exceptionalism. And yet that is precisely who the real life Jewell was, a kindly man whose life was uprooted when the FBI and international media decided to single him out as the suspect of the same bombing that he thwarted. 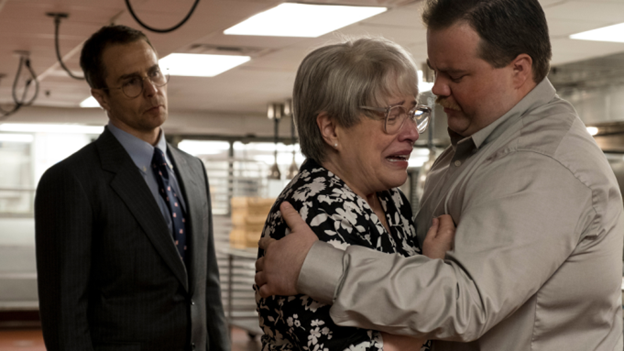 My mom when I tell her I have cataloged 3,300 films on Letterboxd but still don’t have a paying job

Eastwood’s film starts like many of his latest works: a slow, methodical character introduction that is at both times effective and lacking in an immediate hook. The film’s first three scenes are all back-to-back conversations between Hauser and Sam Rockwell, quickly but awkwardly establishing their polite workplace friendship. Hauser’s ensuing firing from a college campus is presented in classic reactionary-Eastwood fashion, operating more like a directorial temper-tantrum about coddled liberal youths than the critique of hierarchy that the film should be trying to set up. It is at this point that Hauser finally becomes the security guard that eventually prevents a cataclysmic terrorist attack during Atlanta’s ’96 Olympic Games. Kathy Bates and Hauser share incredibly potent on-screen chemistry, and it is here where the film starts to slip into its shoes, but not before Eastwood has to make you endure the most horrifically inept lead-up to the actual terrorist attack.

I never thought I’d get to type this, but Clint Eastwood should never direct hundreds of extras doing “The Macarena.” In fact, I sincerely doubt that there is a single less qualified director to film concert footage than Eastwood. In an extended sequence that feels like half the extras didn’t show up to set, RICHARD JEWELL tries to ratchet up tension without considering any of the real-life stresses that must have added to this fateful day. First and foremost is the sound mix: bafflingly, but perhaps not surprisingly, RICHARD JEWELL’s audio levels are very accommodating to the ears of an 89-year-old man. Nobody is yelling over the concert music, and there appears to be a solid two feet between every human being at this show. It’s a jaw-droppingly amateurish sequence with very little going for it in terms of visual chutzpah. But when all is said and done, it does its job to get to the meat of the actual story—it’s just a shame it takes so damn long to get there! 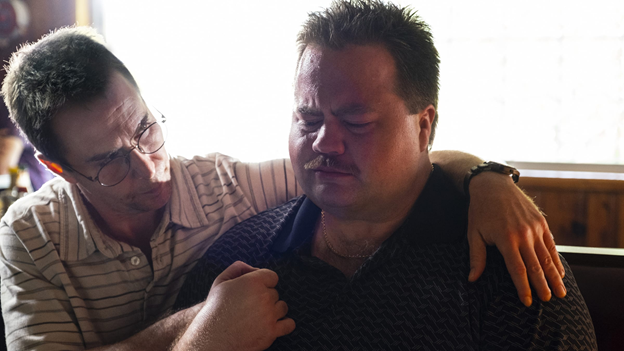 Where Eastwood should be commended is his scene work. Once the hoopla of the Centennial Park bombing has subsided, the film puts on its big-boy pants. With an embittered Jon Hamm investigating Hauser’s involvement in the bombing, and an audacious Olivia Wilde trying him in the court of public opinion, RICHARD JEWELL finally becomes the Clint Eastwood film it so rightfully deserves to be: a smackdown on sensationalist media, and a notably progressive skepticism of law enforcement’s ineptitudes. Eastwood delivers an absolute masterclass in dramatic directing here. Each scene is tightly woven, using its minimalist sets (mostly contained to Hauser’s quaint apartment) to push his characters to their emotional extremes. And perhaps most successfully, Eastwood doesn’t forget to pepper his film with some much-needed comedy, rounding out a final 90 minutes that successfully bring together a film that’s off to a rather sloppy start.

Unfortunately, it’s not smooth sailing all the way to the finish line. Time and time again Eastwood shows signs of his age as a filmmaker. Scenes that could creatively, and visually, communicate information tack on needless line deliveries that lessen the dramatic blows of new information. A scene in which Olivia Wilde times out the distance between the bomb and the payphone that made the call embarrassingly concludes with her saying “he didn’t do it” straight at the camera, as if her face couldn’t have said these words on their own. The same applies to Kathy Bates, who despite delivering a late-career best performance, consistently cheapens the nuance of her character by declaring each and every thought that runs through her head. It’s a shame, if only because Eastwood is clearly delivering some of his best character performances in years here, but doesn’t seem to trust his audience with visual information, using words as a crutch at each and every turn.

And yet, the emotions run high when they should, perhaps proving that RICHARD JEWELL is a success in spite of itself. Sure, the cutaways to Bill Clinton speeches and the FBI headquarters’ Confederate flags can be didactic (and reactionary!), but I appreciate Eastwood’s consistency in not picking a political side—especially in an era where so many Americans dogmatically associate with one aisle of the political spectrum. RICHARD JEWELL’s ability to navigate contemporary America’s icky sociopolitical waters do prove that the film has something of value to say. Eastwood has often been lambasted for being an American propagandist, an NRA apologist, and so much more, but if RICHARD JEWELL (and the rest of his late-career catalogue) prove anything, it’s that he’s an old man who loves the American people more than he loves the flag they salute. He is, at the end of the day, America’s last remaining cowboy: a patriot for the ideals he associates with America, but endlessly skeptical of the people that run it. 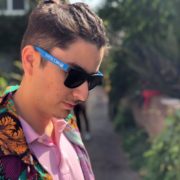 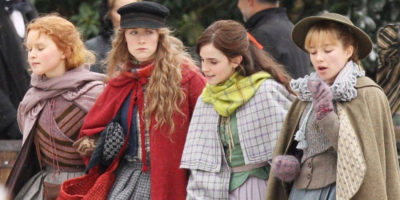 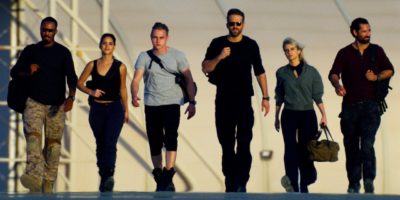 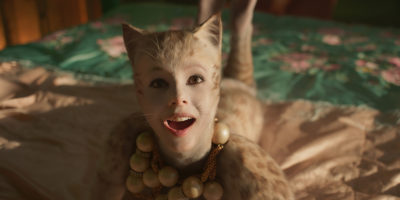 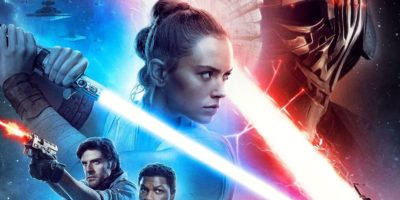 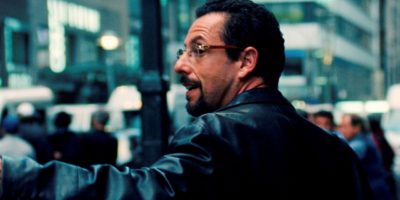 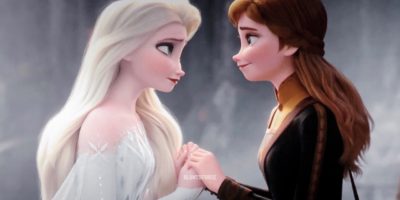