When I set out to compile our contributors’ fond memories of Stephen Hillenburg and his famous yellow creation, my editor brain feared that all the blurbs would come back too similar and it would be a weird, redundant piece to publish. Yet, when all three blurbs came back echoing almost exactly the same sentiments—specific memories of enjoying SPONGEBOB with their families—it actually moved me to tears. My mom was the first person to text me about the news of Stephen’s passing and, to this day, screams “CORRECT!” almost any time she has to answer me in the affirmative. Stephen worked at the Ocean Institute, biking distance from my childhood home where I spent many field trips and afternoons, and met the original Patrick the Starfish. SPONGEBOB isn’t just a wildly successful animated series—it’s a cultural touchstone for millennials and their parents, woven so deeply into the fabric of our generation that it’s worked its way into our vernacular and our worldview. Stephen was a famously private dude, a marine biologist first and an artist second, who didn’t want to create his own show because he thought it would be too stressful. He exemplifies the optimistic nature that made (and makes) SpongeBob so lovable: anyone can accomplish their dreams, whether through mermaid magic or just telling yourself you’re ready. We tragically lost a legend, but he absolutely lives on through his creation, which I’m pretty sure our great-great-grandchildren will still be quoting whether or not they even know what it’s from. [Kate Brogden] 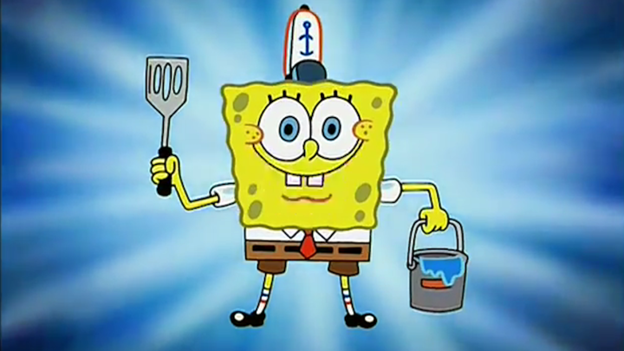 Despite his experience on other shows, it’s impossible for me to divorce Stephen Hillenburg from SPONGEBOB SQUAREPANTS. At 25 it seems weird, and maybe a little immature, to be waxing poetic about the little yellow guy. After growing up with SpongeBob and the series’ ensuing tenacity, he kinda seems emblematic of childish silliness, but there’s something that keeps us mad about the ‘Bob, as it were. SPONGEBOB was such a part of my family’s life that on car trips when my brothers would gripe about how long it was until we got to our destination my parents would explain the length of time to us in how many episodes it would take until then. (“Two SPONGEBOBs, three, four with commercials.”) They watched it with us, and they loved it almost as much as we did. We shoot quotes at each other from time to time (“It was his hat, Mr. Krabs! He was Number One!”), my dad has a favorite episode (“Krusty Krab Training Video”), my childhood bathroom even featured SpongeBob-centric decor and does to this day. Hillenburg found a way to bring parents and kids together through his work, and while it wasn’t always as educational as he may have hoped (the edutainment featurette on THE SPONGEBOB SQUAREPANTS MOVIE DVD featuring Hillenburg and oceanographer Jean-Michel Cousteau has an endearing air of desperation to it), you can tell that he just wanted to make a nice cartoon about sea creatures that kids could watch with their families. That sense of wholesomeness really shone through and made it something special, something that really sticks in your head and makes you grin even after 20 years has just kinda ground ya down. Thanks for the laughs and teaching me what the word “porous” means, Steve. I’m not ready. [Steven Porfiri] 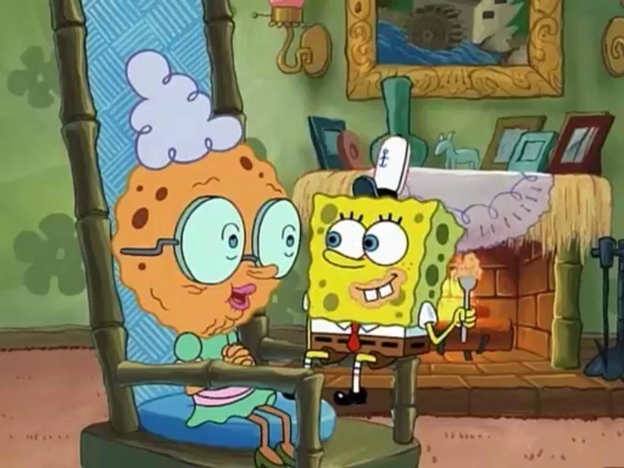 Growing up in my grandma’s house, it was sometimes hard to cross the generational divide in terms of senses of humor. My grandma was often critical of the media I consumed as a teenager, often dismissing it as stupid, but there were three shows that we could agree on: LOONEY TUNES, THE SIMPSONS, and SPONGEBOB SQUAREPANTS. I would often turn on Nickelodeon after school or on the weekends, hoping that a SPONGEBOB marathon might come on and that grandma might notice and sit down and watch a few episodes with me. She never laughed easily, and so every laugh at a Spongebob joke felt like a victory. Watching and sharing the unique humor of Spongebob Squarepants brought me closer to my grandma, and even now, watching the media my Gen Z cousins watch, she will say with a sigh, “Isn’t SPONGEBOB on?” I am eternally grateful to Stephen Hillenburg for creating something that could be so hilarious, so positive, and yet so meaningful, not only for me, but for a whole generation. I appreciate all the work you put into Spongebob Squarepants, Stephen, and you will be sorely missed. [Anna Mansager] 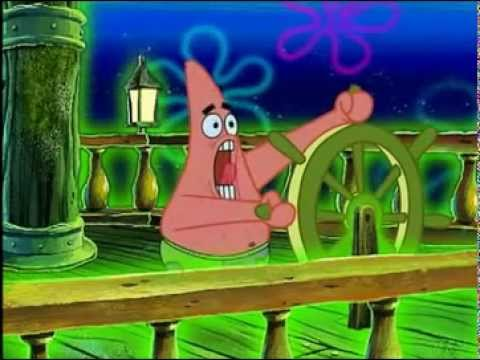 I remember watching the premiere of SPONGEBOB when I was barely six years old. Everything about it was so bizarrely irreverent that it was impossible to look away. The next day at school nearly all of my classmates and I were singing the now-classic theme song, still today belted out by toddlers the world over, or constantly repeating the short yet addictive “I’m ready!” catchphrase, much to our teacher’s chagrin. For pretty much the next decade-and-a-half, watching SPONGEBOB was an obsession for me, my friends, and my family. There simply wasn’t anything else on television like it, with its wild character designs encompassing a wide range of undersea life, and snappy, forever quotable writing. But as crazy as it seemed on the surface, keeping up with established Nickelodeon traditions of random screams and noises (my favorite being Patrick’s “LEEDLE LEE” from “Shanghaied”), Spongebob had some real-life lessons to teach. Despite making him a lowly fry cook with a stingy boss and misanthropic coworker, Hillenburg made SpongeBob’s Candide-like charisma more of a virtue than a flaw, with our yellow hero many times sharing the last laugh. Hillenburg and the team also weren’t afraid of giving positive messages on subject matter kids had barely any concept of, like racism (“Squirrel Jokes”), career envy (“The Algae’s Always Greener”), and even fading youth (“Mid-Life Crustacean”)! Many dismissed Spongebob as being a lolsorandom constant joke machine, but I hold the show in high regard for its heart, something media in general is lacking nowadays. [Alec Larios]

In honor of Stephen Hillenburg’s memory, please consider a donation to the Ocean Institute: a community-based 501(c)(3) organization dedicated to educating visitors about marine life and science, and preserving our beautiful coastal resources. It’s also where Stephen was inspired to create SPONGEBOB. Click here to make a donation.