Look, I don’t mind leveling with you here: WITH A PENCIL: A SIX-EPISODE SERIES ABOUT THE JOHN WICK UNIVERSE only has one episode currently. That’s, admittedly, not a ton to go on for a pod that we’re anointing “Podcast of the Week,” but there are a few things you need to know before you (potentially correctly) assume we made a rushed decision:

So is it reckless to be anointing a show with only one singular episode as Podcast of the Week? Probably. But Shea Serrano? John Wick? A podcast devoted to fictional dog ownership? I think you can understand why it’s worth betting on and, at only six episodes, if you’re as hyped as I am for JOHN WICK: CHAPTER 3 — PARABELLUM, jump on the wave early.

HELLBOY Is an Unsurprising Mess 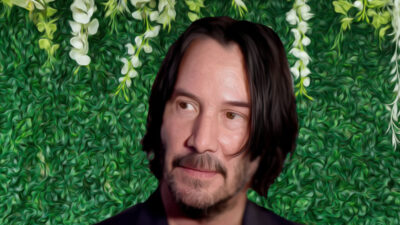 Keanu Is For The Girls: One Woman’s Odyssey Through Keanu Reeves’ Filmography