As autumn transitions into a bitter winter, there’s no better way to stay inside than with a twisted thriller. Our staff takes a look at two of 2020’s most discussed: Brandon Cronenberg’s Sundance hit, POSSESSOR, and Lionsgate’s theater-pulled, Hulu-distributed RUN. 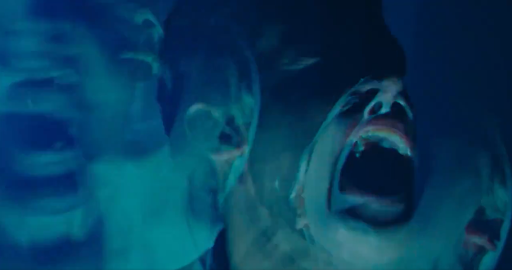 What can I say? I’m absolutely floored. While everyone is losing their minds (pardon the pun) over the new Charlie Kaufman, I’m happily going to cheer on fellow mind-bending ego-trip, POSSESSOR; easily the best-looking and most evocative film of 2020. POSSESSOR has more in common with Christopher Nolan’s catalogue (specifically INCEPTION and TENET) than it does with David Cronenberg’s. Sure, the body horror is there, but those points of comparison feel rather superficial once you accept that Cronenberg Sr.’s films are always anchored by an obsession for the abject-organic and their stand-in function for human sexuality: phallic slugs, face boils, and experiments gone awry. What I see in POSSESSOR is a Nolan-naysayer’s dream interpretation of what Nolan films should be. No scenes of Michael Caine delivering exposition dumps at dining tables. No sanitizing of on-screen violence. Just deeply immersive films about clandestine organizations who utilize cutting-edge technology to complete shady corporate and geopolitical missions whose consequences are further-reaching than anything the core protagonists of the film could possibly understand. As much as the film is a simple story of a morbidly depressed assassin who takes control of other people’s bodies to carry out her killings, it’s also about mankind losing its agency in a post-digital, post-capitalist, post-government society; a Huxley-esque world where corporations retain greater ownership over the individual than any governing body ever could.

I would love to know more about Brandon Cronenberg’s train of thought that helped shape the idea for POSSESSOR. It really seems like something you could only dream up after indulging in the very ill-advised idea of watching CNN, FOX News, and VICE reports while tripping on LSD. I can totally see how Cronenberg read about a murder-suicide case and considered the countless fringe-group, lizard-brained Illuminati hypotheticals that exist in its periphery, only to come to the harrowing hypothesis of “What if the murderer wasn’t in control of his body when he killed his girlfriend and himself? What if this entire crime occurred to shuffle money into a surviving family member’s pockets?” It’s a terrifying prospect, but Cronenberg operates with the dystopian logic that when there’s demand, there’s supply.

David Lynch’s LOST HIGHWAY toyed with the psychological repercussions of not remembering your own murderous actions, and plenty of other directors have tackled subjects of this ilk before, but never has a filmmaker actually gone so far as to provide a clear, organic, or otherwise holistic answer as to why the person wasn’t in control of their body at the time of the crime. It’s brilliant world-building that’s delivered with incredible dramatic heft by an ice-cold Andrea Riseborough and a revelatory Christopher Abbott, whose performance literally folds into itself multiple times as he loses and regains agency over his body. If JAMES WHITE didn’t sell you on the guy’s potential, then this will!

Considering that David Cronenberg has been very hit-or-miss for me over the years (THE FLY being the only body horror film of his that I really love), I’m beyond impressed that Brandon Cronenberg’s second feature film is not only great, but easily one of my favorite horror films ever made. Truly the most modern cinematic experience I’ve had since seeing UNCUT GEMS. It’s just so damn fresh: a relentlessly violent, and deeply unsettling, dystopian nightmare. When you consider that David Cronenberg’s second feature film was the underwhelming RABID (a follow-up to the equally tepid SHIVERS), it’s pretty incredible that POSSESSOR is only his son’s sophomore outing. Nepotism is a wild thing, eh? [Sergio Zaciu] 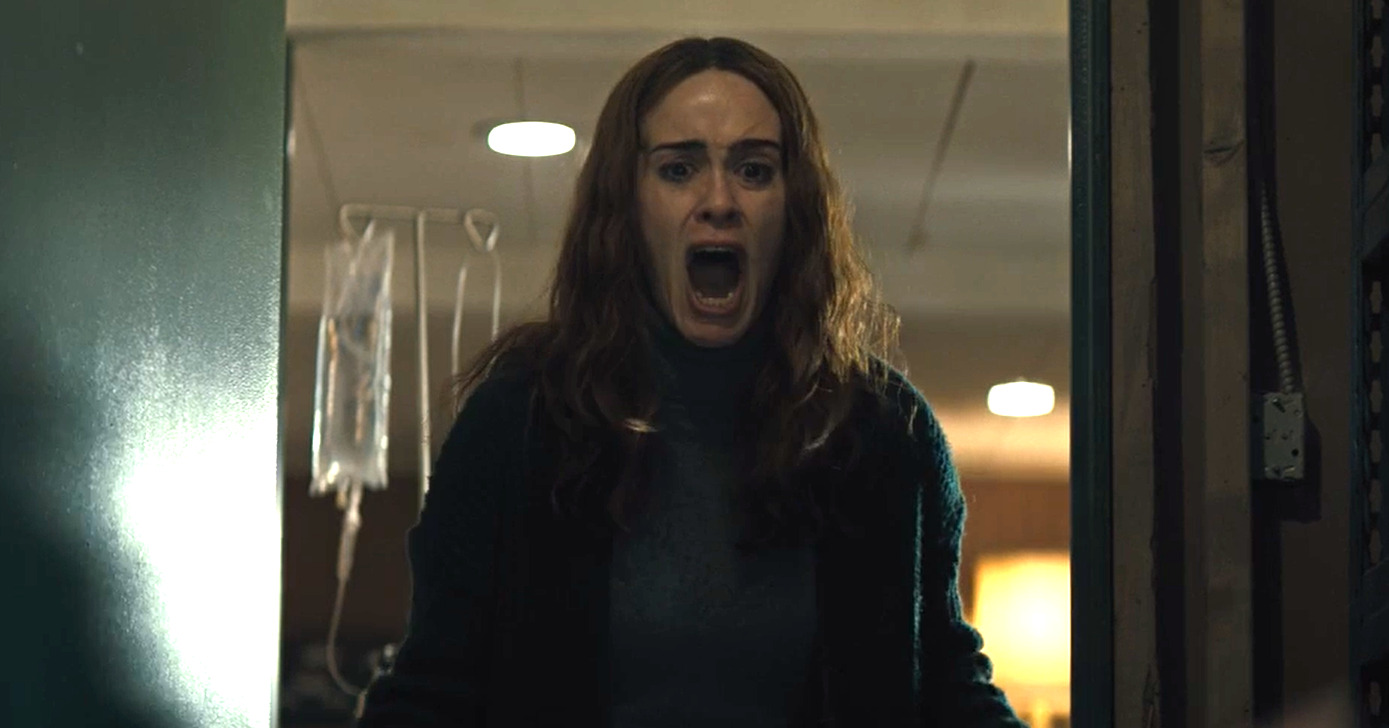 Opening on the resuscitation of a premature infant and ending with cyclically self-righteous “work for what you want”-flavored matricide, Aneesh Chaganty’s RUN, his follow-up to 2018’s sleeper hit SEARCHING, tees up a nasty bit of familial drama. Deep in the sleepiest region of Washington, Sarah Paulson plays Diane, a single mother lamenting 17 years of captivity with her home-schooled child, Chloe (Kiera Allen), a wheelchair-bound teenager whose caught a fishy whiff that her many medical ailments may not be naturally occurring. Chaganty’s left unguarded from the nifty gimmick of a screen-captured kidnapping caper, meaning that his iffy writing lacks the protective guard of a shiny-and-new approach. Armed with some more Lionsgate cash for a movie-ass-movie, available for your Friday night streaming pleasure, he’s produced a half-baked thriller that leaves most of its juiciest components raw. For a film desperate to earn positive marks from USC screenwriting professors, it betrays one of the leading textbook quality checks of storytelling: why? RUN seems to begin because RUN, the motion picture streaming on Hulu, must begin. Outside of the first few indicators of shoddy lore (foremost, how is Chloe so socially well-rounded for having close to zero outside interaction?), the inciting incident of the whole film involves Chloe stealing extra chocolates from the grocery haul. This is how she discovers the first megaton clue of the film. Wouldn’t this have happened at age 10? Why is this only just happening at 17?

I’m grateful that the brutally trimmed storytelling keeps this predictable, MISERY-indebted tale to barely 90 minutes, but there’s zero indicator of a nested distrust between mother and daughter before Chloe is out here trying to solve a poison-dosing mystery as soon as the 15-minute mark. Whereas SEARCHING provided an ingenious commentary on the homogeneity of our interactions with the Internet (90% of us have the same cluttered desktops, depend on “Password Reset” emails, and overthink our choice of ending messages with a “.” or a “!”), RUN’s relationship to technology peaks in a sequence where a broadband-less Chloe cold-calls a random stranger to Google some answers, falling into a hackneyed scenario where the caller divulges the fight he’s in with his girlfriend with a “Ayy, women! Can’t live with ‘em, you know the rest, hey oh!” affectation. When reading off the Wiki description of a dubious heart medication, he lets off a “Jesus, this is intense.” This is dialogue from a procedural’s Season 28 writer’s room or one of those manically assembled, quarter-consciously conceived 48-Hour Film Festival submissions; it just doesn’t read as a fresh new voice in cinema.

In one of RUN’s centerpieces, Chloe navigates across a rooftop, wiggles through a broken window, and fends off an asthma attack as she’s crawling on the floor fighting against her own body while performing mother-thwarting covert ops. It could be hefty, invigoratingly contained tension, but it feels pretty fucking dumb when Chloe almost dies because she forgot her inhaler on her nightstand. Later, she accidentally propels herself in front of a high-speed mail truck, despite spending every waking moment of her life in a wheelchair. The big twist of the movie is revealed via a hidden box of newspaper clippings providing the beat-by-beat of Diane’s misdoings, a trope that was tired in 1997. I watched the whole-ass movie and I couldn’t give you a reasonable explanation as to why Diane spent years poisoning her daughter – I’ve been throwing around pretty liberal “spoilers,” but it’s because I’m not sure RUN really has spoilers. The big twists and turns are in service of questions we already answered ourselves, leaving major character motivations in the dust. Is it a twist if it doesn’t even fully connect to the plot we’ve been sitting with this whole time? Charganty’s frustrating pattern of creating conflict out of obligation to genre, rather than in accordance to character-motivated follies, creates this immersion-shattering sense of laziness. This is product meant to fill a calendar slot, for Hulu to get an edge up on Netflix by having Sarah Paulson content of their own while retreading the true crime swings of THE ACT, and captivating breakout Kiera Allen is unfortunately positioned to bear the brunt of a below-average TV-movie-of-the-week that’s lucky to have her. [Kevin Cookman]