“Isn’t there anyone,” Charlie Brown cries, throwing his hands in the air, “that can tell me what Christmas is all about?”

A pause. Enter Linus, blanket in tow: “Sure, Charlie Brown. I can tell you what Christmas is all about.”

Linus politely requests his spotlight, and begins a rote recounting of angels and shepherds and the coming of Christ, the savior. Another reverent pause, punctuated with: “That’s what Christmas is all about, Charlie Brown.”

Peanuts specials are up there with Christmas trees, turkey, and jack-o’-lanterns in terms of American holiday traditions. They’re the pinnacle of wholesome four-quadrant nostalgia, they present the most noble aspects of classic Americana, and the animation holds up a lot better than my dearly beloved Rankin Bass cartoons. 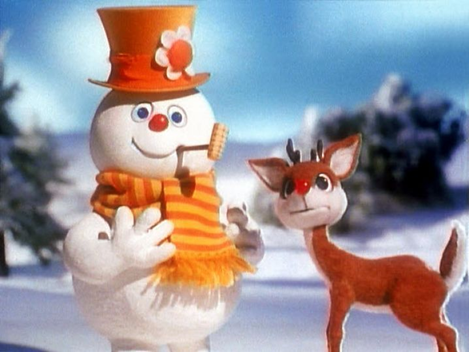 While commonly associated with wholesome feelies, Peanuts is a franchise marked by constant disappointment. Charlie Brown never kicks the football or talks to the Little Red Haired Girl. Lucy never gets Schroeder to love her. Snoopy never bests the Red Baron. The wholesome feelies come from the kids’ ability to pick up and keep trying, over and over, believing that one day they will finally succeed. America! Perseverance! Bootstraps!

This dynamic is present—but I’d argue less so—in the holiday specials. There are some bumps along the way, but ultimately everyone gets what they want. Sure, Charlie Brown gets a crappy Christmas tree, but in the end they all realize it wasn’t such a bad little tree after all. Sure, Charlie Brown only knows how to make toast and cold cereal for Thanksgiving, but ultimately his friends all get invited to his grandmother’s house for dinner anyway. The Easter Beagle distributes eggs to all the good boys and girls as promised—albeit with Lucy’s pre-painted eggs. Hey, it’s the holidays. We can’t completely bum people out.

But y’know who never shows up? The Great Pumpkin. 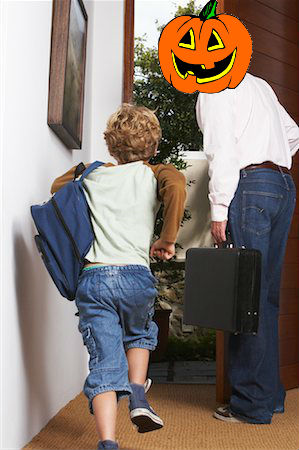 Linus spends every second of this 25-minute special believing as deeply as one possibly could in the Great Pumpkin. He finds the most “sincere” pumpkin patch he can and wishes and believes and hopes with all his heart—which will lead the Great Pumpkin to reveal himself on Halloween Night. The one time Linus accidentally utters “if” (as opposed to “when”) the Great Pumpkin shows up, he panics about potentially compromising the sincerity of his pumpkin patch. None of it is enough, however, as Linus has to be rescued from the pumpkin patch in the middle of the night by Lucy, who finds him half-covered by his trusty blanket, shivering in the cold, nary a Great Pumpkin in sight.

This is what makes GREAT PUMPKIN an outlier in the Peanuts canon. In this case, Linus’ steadfast belief causes nothing but pain and suffering for himself and everyone around him. Compare this to the noble perseverance of the Peanuts gang in the rest of the franchise, which ultimately leads them to what they were looking for all along, just not in the way they expected.

Consider even further that the core comedic and dramatic story elements of GREAT PUMPKIN only work because we the audience know that the Great Pumpkin isn’t real. My favorite part of the whole special is when Sally is deciding whether to go trick-or-treating with her friends, or spend the night with Linus waiting for the Great Pumpkin. There’s this big wide shot of him just smiling in the pumpkin patch, alone. It gets a huge laugh from me every time. It’s funny because it’s sad. And comedy aside, how does this square with Linus’ Christmas speech about the birth of Christ? With Linus at the philosophical core of the series, is Christ the Easter Beagle, or is Christ the Great Pumpkin? 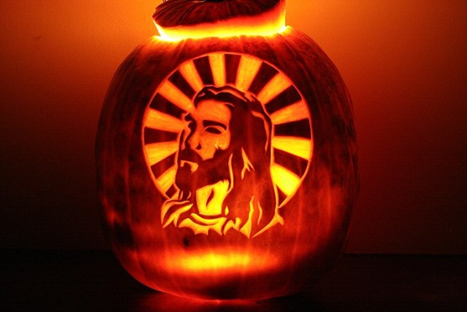 I had a caption planned for this but I found this image on a listicle titled “12 Jesus-o’-Lanterns You Need To Carve” and tbh, that’s funnier than what I had

Halloween is a time for spooky scariness—and while THE GREAT PUMPKIN is a long shot from some of the other horror content we’ve covered this week, the existential implications of this story really rocket up the chain for me. As I write this, the city I call home is plagued by wildfires. Many of my friends and colleagues have fled their homes, and even those who aren’t immediately affected have been breathing smoke for two weeks. I couldn’t go to work yesterday because both of the major freeways were closed: one due to aforementioned wildfires, the other because a man was threatening to jump from an overpass. I’m trying to plan for the future but I’m woefully underpaid and I don’t even know if I’m going to see my 50s because of climate change.

I want to hope and believe that things are going to get better. Believing is hard. Unlike the somewhat hollow Anglo-Christian optimism of the Christmas special, THE GREAT PUMPKIN acknowledges perhaps our deepest fear as a nation, and largely as a human race: the things we wish and hope and pray most sincerely for aren’t coming—and they were never even real. 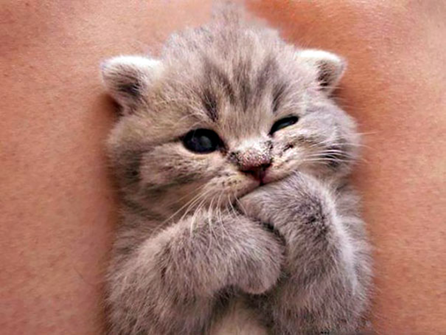 So what do we take from Linus, who firmly believes something we know isn’t true, who brings pain and suffering to himself and his loved ones because of it, and who keeps on believing in the end in spite of everything we just saw? It’s a question we all have to grapple with, and one that no amount of jaunty Vince Guaraldi Trio jazz can make easier.

We can change. We can acknowledge our flawed beliefs for what they are and strive to move forward wiser and smarter than the day before. But change is scary and difficult.

Or we don’t believe anything.

Alternately, we can take this as a lesson on how to cope with the Linuses in our lives: folks who hold onto their flawed beliefs no matter what, to the detriment of those around them, and who keep on believing in spite of it. Whether or not we owe compassion to heel-digging blockheads in the year 2019 is a whole other can of worms, and one well-explored in this article from the Christian point of view. Still, it’s worth noting that Lucy and Sally are certainly fed up with Linus’ bullshit, and they’re rightfully angry when he ruins their Halloween, but they still have enough compassion to not let him die of exposure. 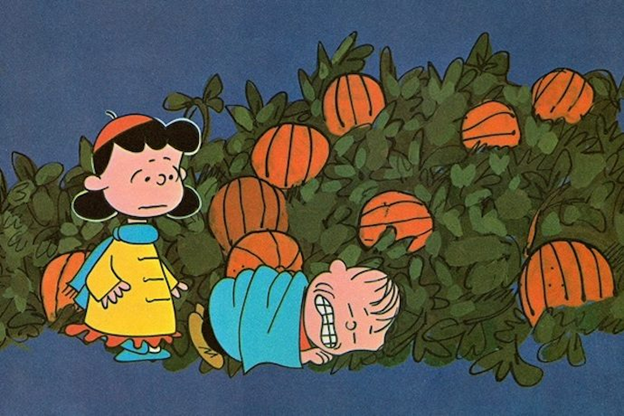 So on this ooky spooky Halloween night, enjoy your FRIDAY THE 13THs and your FATAL FRAMEs and your BLAIR WITCH PROJECTs. But let us not forget the creeping existential horror in the fact that the deepest desires of your heart could never come to fruition, no matter how dearly and desperately you hope and pray, no matter how sincere you are. You will be trapped in a prison of your own belief, to the detriment of those around you, who will tolerate you to a point as you constantly hurt and disappoint them. Also, we have to deal with our Trumpy relatives at Thanksgiving in a month.

MERRY-GO-ROUNDTABLE Episode 43: Why We Keep Going to the Movies