Art within the 20th century was shattered and disrupted by the World Wars and socio-political upheavals that marked the decline of European colonial empires. Industrialization and the exploitation that followed forced artists to reject the status quo and restructure new forms. These cultural challenges altered how they interacted with creative mediums, concepts, and artistic processes.

While not all art movements are explicitly political, they are still expressions of the context they evolved from. The second half of the century is marked by art’s struggle with consumerism and the hyper-commodification of artistic objects. While an artist’s dependence on rich patrons is nothing new, industrialization and mass production created new complications to an already difficult profession.

The 12 archetypical signs of Zodiac reflect and deepen the unique characteristics of the avant-garde movements of the 20th century. “The language of art is image, symbol… a language of felt experience,” Julia Cameron writes in The Artist’s Way. The Zodiac is a language too, of symbols, archetypes, associations. The astrologer wields self-expression just like a painter holds a brush or a sculptor molds tactile material. The foundation of both mediums is a desire to merge meaning with experience. 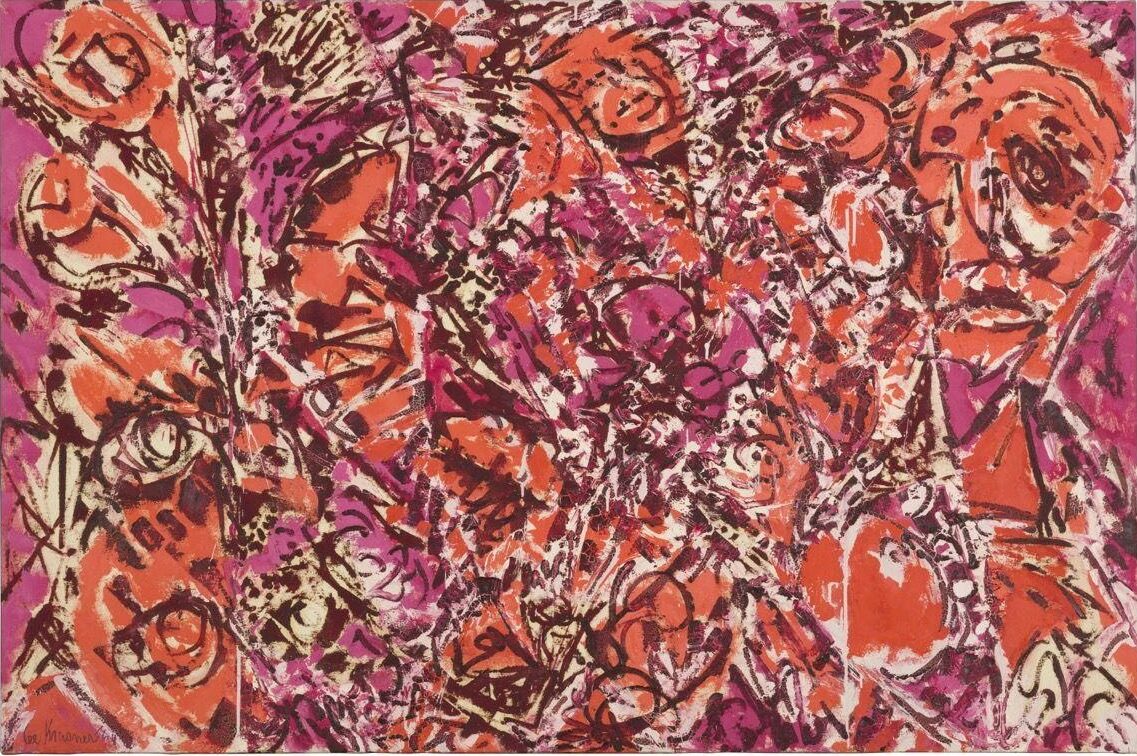 If aggressively throwing paint on a canvas doesn’t scream Aries, then I don’t know what does. Abstract Expressionism was a movement that developed in the 1940s during WWII in New York City. Inspired by surrealism, artists like Lee Krasner, Elaine de Kooning, and Mary Abbott explored how color, movement, spontaneity, and the subconscious could create expressive works of art. This quote by Elaine de Kooning perfectly encapsulates the ethos of this dynamic movement: “A painting to me is primarily a verb, not a noun, an event first and only secondarily an image.”

Land art, also known as Land art or Earthworks, was a response to the increasingly commodified structure of the art market in the late 1960s and growing interest in ecological activism. Artists like Ana Mendieta, Nancy Holt, and Athena Tacha used the Earth itself as their medium, creating temporal pieces subject to the elements. The natural physicality of Land art is archetypical Taurus energy, one of the most tactile Earth signs of the zodiac. The work created in this movement sought to reflect the early foundation of human creativity—cave-paintings—while also responding to the modern urgency of preserving the natural world. 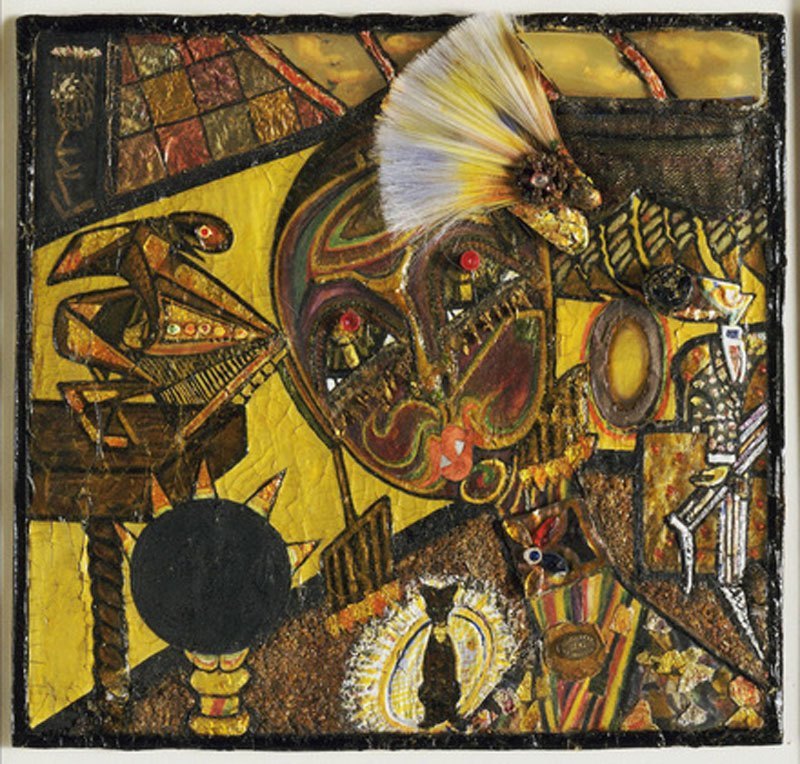 Geminis love to talk—so much that sometimes what they’re saying comes out like gibberish. No shade, it’s just a reflection of their highly experimental and adaptable nature. Dada, or Dadaism movement, was rooted in absurdity and anti-art, which embodies the versatile nature of Gemini energy. Beginning in European circles and extending to New York in the early 1910s, this avant-garde movement revolutionized new forms of art-making by incorporating collages, found-objects, and poetry into a new creative praxis. Artists like Elsa von Freytag-Loringhoven, Hannah Höch, and Mina Loy toyed with the line between the mundane and the absurd. 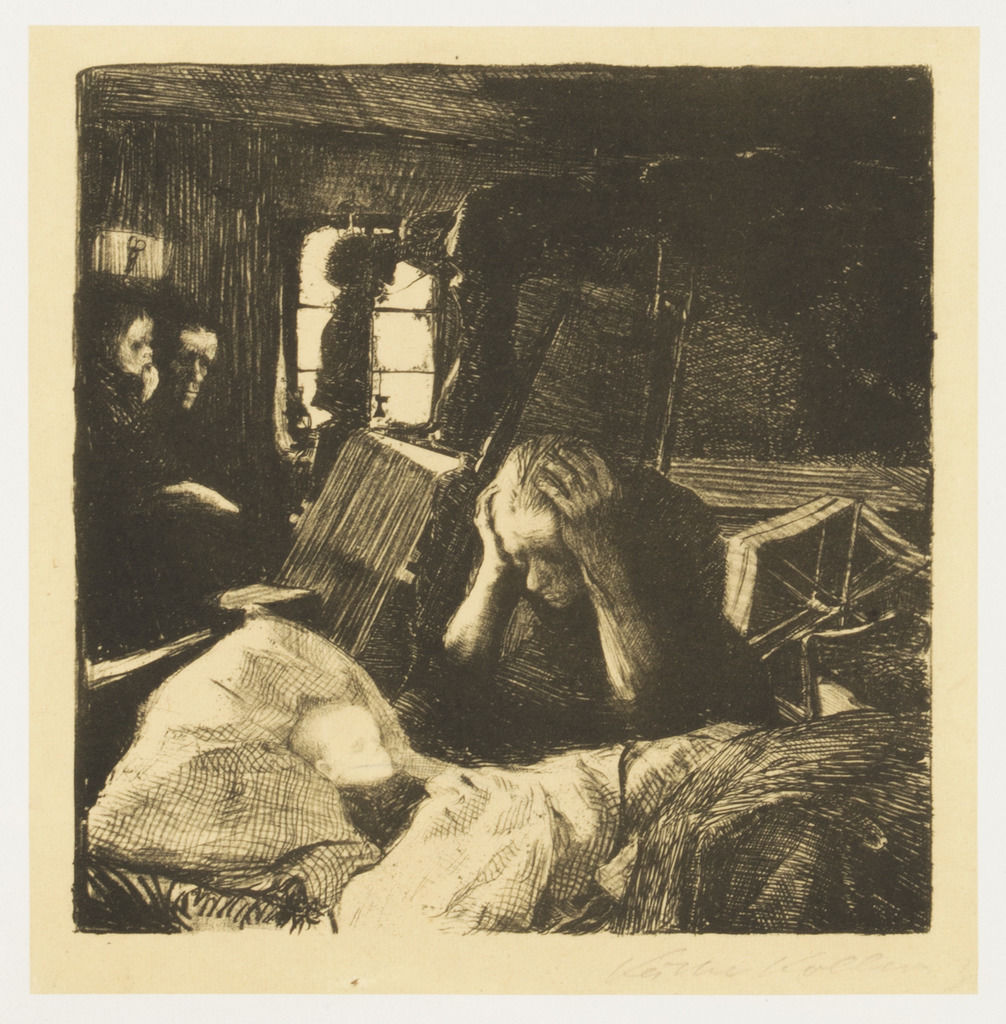 Expressionism is a movement that blossomed prior to WWI in Germany. It was a distinct departure from its predecessor—Impressionism—which depicted superficial subjects with soft and quick brushstrokes. The Expressionists didn’t shy away from bold color choices, jarring lines, and emotionally subjective perspectives—which is quintessential Cancer. Significant German groups that developed this style included Die Brücke, meaning the “The Bridge,” and Der Blaue Reiter, which translates to “The Blue Rider.” Artists like Käthe Kollwitz portrayed the visceral nature of poverty and pain of the working class while Marianne von Werefkin used unconventional colors to foster intimate, emotional experiences. 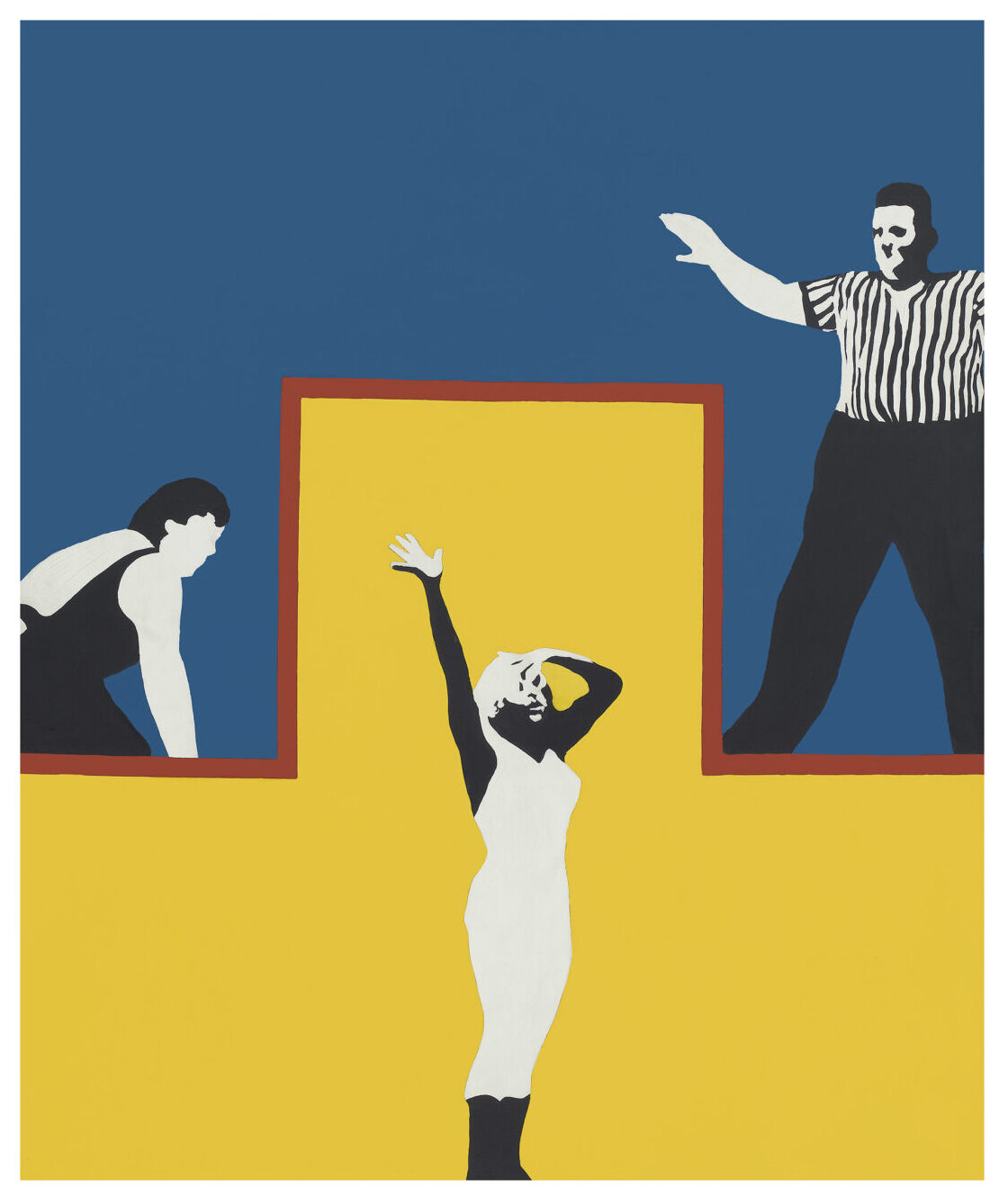 The most extra art movement goes to Leo—duh. The Pop art movement evokes Andy Warhol’s celebrity portraits and Roy Litchenstein’s comic book-style art. but there’s more work lingering beneath this glossy surface. Blossoming in the 1940s and lasting until the late 1950s, Pop art grapples with the art of celebrity, pop culture, and mass media. Artists embraced kitsch, reappropriation, and collage to comment on the nature of consumerism. Rosalyn Drexler, Pauline Boty, Sister Mary Corita Kent, and Evelyne Axell were making work that critically examined depictions of femininity and sexuality in more nuanced ways than their male counterparts. 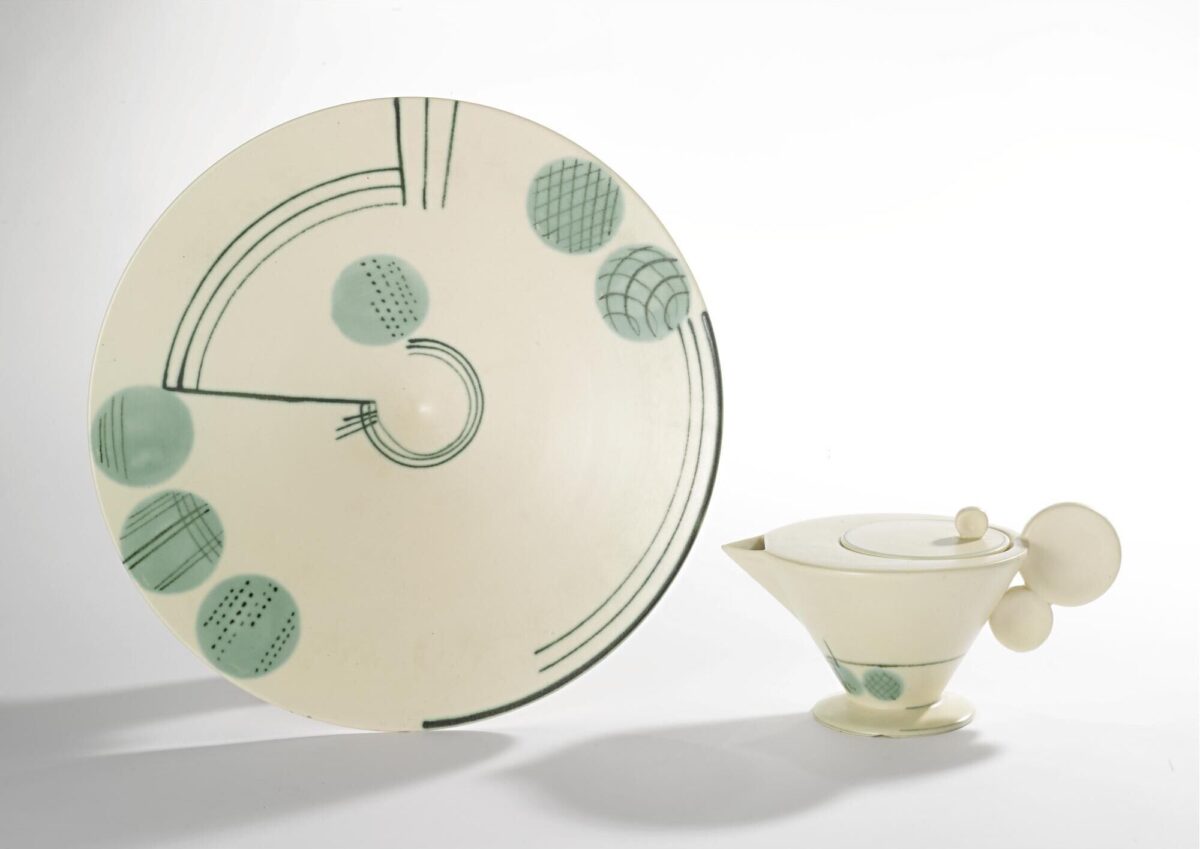 Virgo seeks to organize the chaos of their mutable self-expression by grounding it in tangible, practical ways. Bauhaus embodied a practice where minimalism met function—beauty went beyond the art object itself and became a tangible part of everyday life. The Staatliches Bauhaus was a German school founded in 1919 by Walter Gropius that synthesized crafts, architecture, and fine art. While women were allowed to attend the school, Gropius believed “men thought in three dimensions, while women could only handle two.” Yikes. Despite these sexist attitudes, women like Benita Koch-Otte, Ilse Fehling, and Lou Scheper-Berkenkamp had thriving and influential art practices. 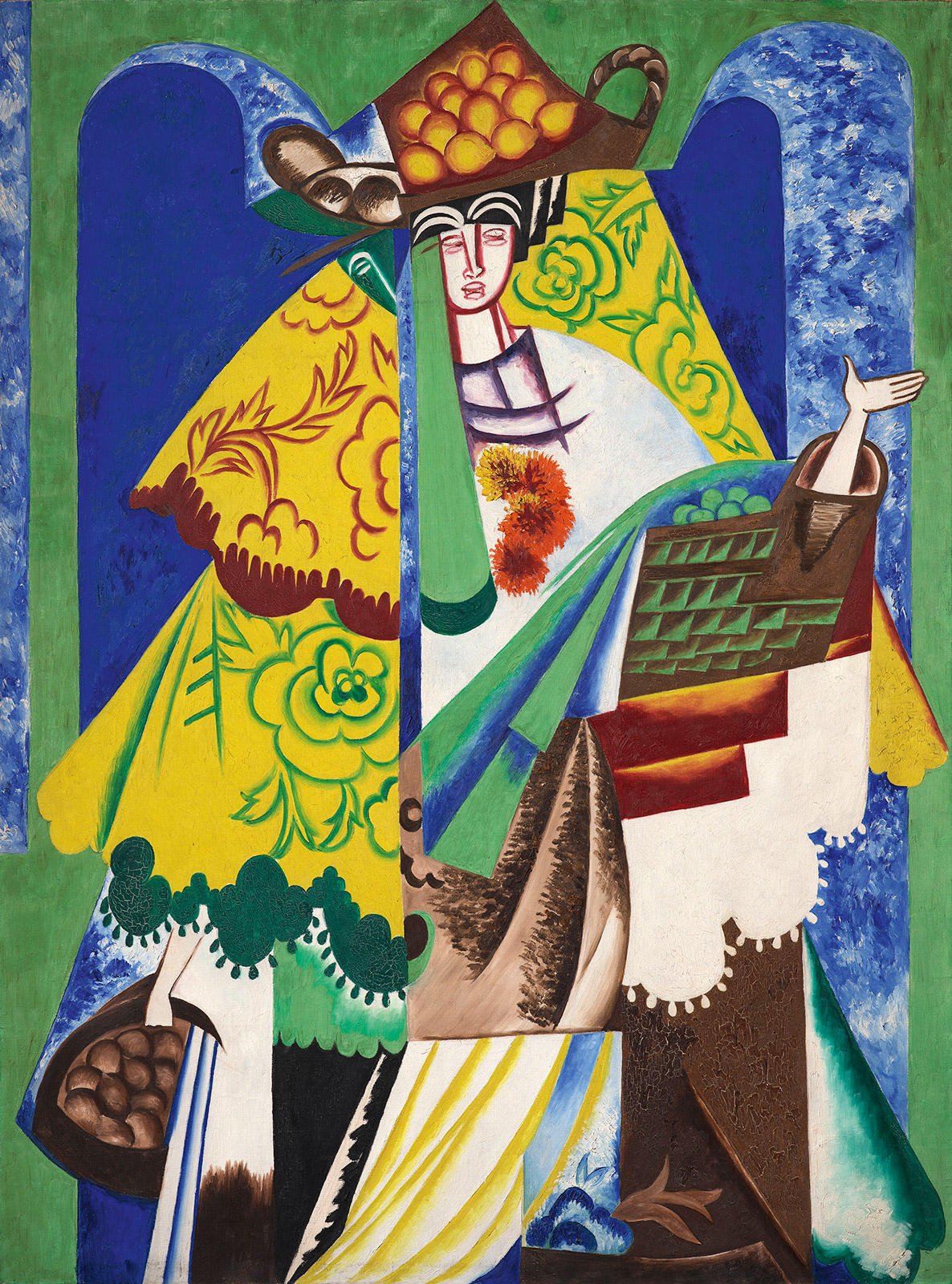 Libras are excellent at examining multiple perspectives, which makes them the natural choice for representing Cubism. Created in the early 20th century in Europe, the revolutionary new style was attributed to Pablo Picasso and George Braque. However, many female artists contributed to this movement such as Natalia Goncharova, María Blanchard, Alice Bailly, Alexandra Exter, and Olga Rozanova. Cubism attempted to portray subjects in multiple dimensions, which led to block-like and fragmented depictions. It evolved into many forms, including Orphism, which Sonia Delaunay captured the spirit of with her bold colors and abstract shapes. 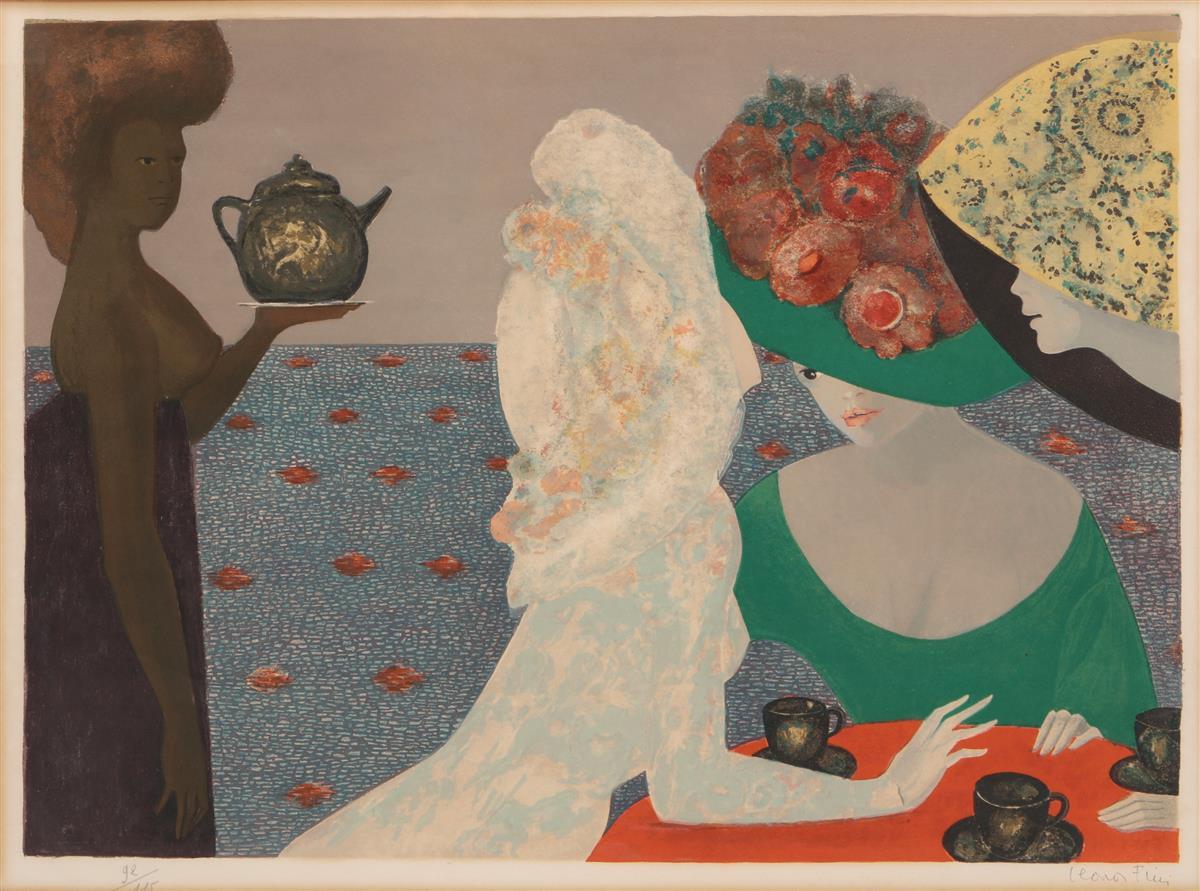 Scorpios delve deep into the topics they’re interested in, traversing through murky waters to reach the heart of the underworld. Artists within the Surrealist movement used their subconscious as creative inspiration. It developed out of the Dada movement in the 1920s and lasted until about the 1950s. The Surrealists were interested in the mystical and unexplainable aspect of human life and depicted dream-like distortions of their subjects. They explored juxtaposition and used techniques like automation and stream-of-consciousness. While the popularity of this movement is dominated by men like André Breton and Salvador Dalí, artists like Leonora Carrington, Remedios Varo, and Dora Maar created gorgeous and inspiring art too. 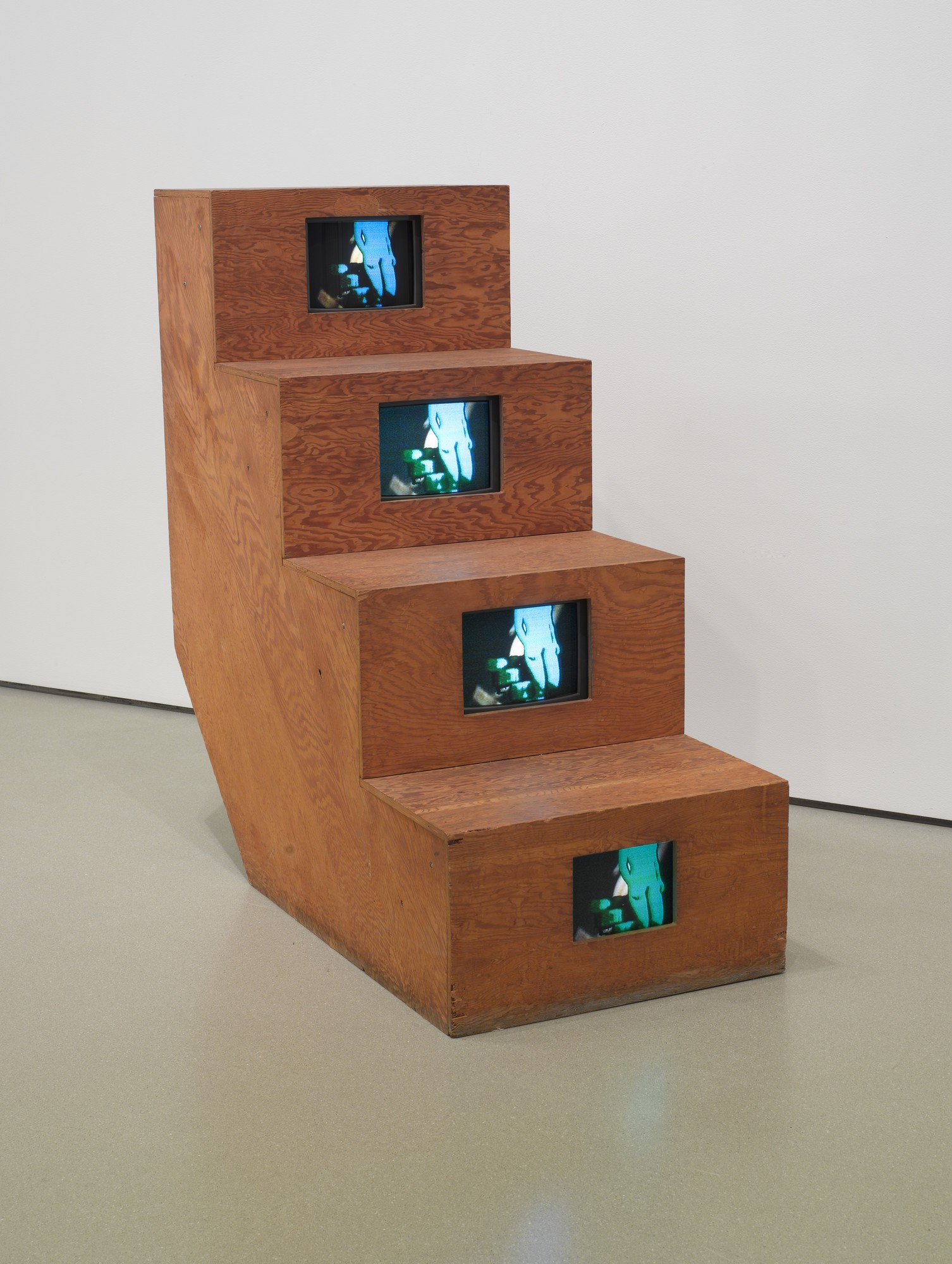 Fluxus is a lesser-known avant-garde movement that began in the 1960s, created by artists that sought to rejuvenate the essence of Dada in a modern context. Composers, poets, performance artists, and visual artists emphasized the process of creation over the final product. Experimental, radical, and anti-capitalist work flourished under and beyond the Fluxus Manifesto, which is why the mutable and expansive fire sign Sagittarius embodies this movement perfectly. Artists like Alison Knowles, Yoko Ono, Mary Bauermeister, Shigeko Kubota, and Alice Hutchins used various interdisciplinary mediums to explore the nuanced and fluid nature of art-making. 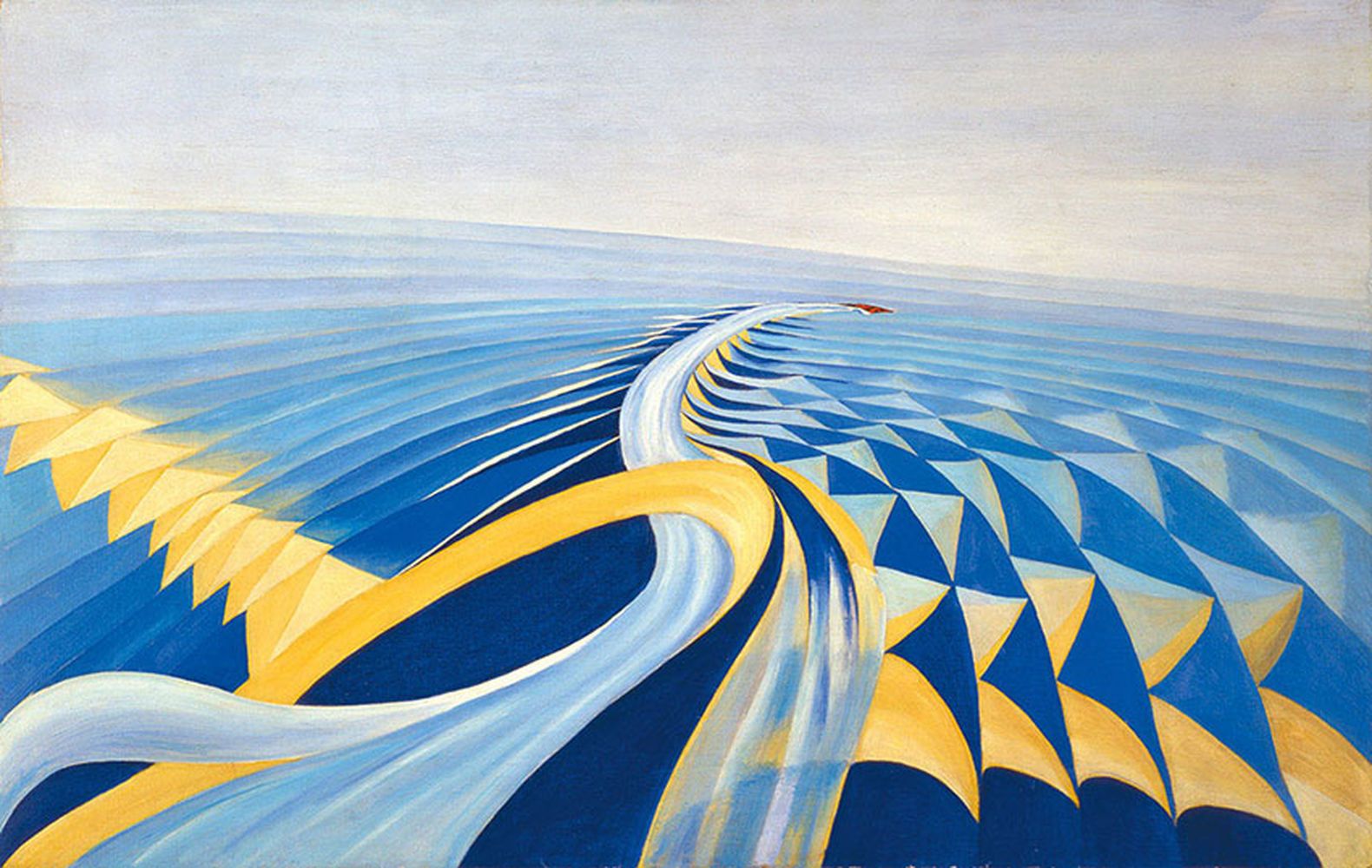 Capricorn is ruled by Saturn, the planet named after the Roman god of agriculture and time. The Futurist art movement reflects the sign’s interest in the temporal and was founded in Italy in 1909 by poet Filippo Tommaso Marinetti. It prioritized technological developments, dynamic movement, youth, violence, and objects that reflected industrialization. Natalia Goncharova, Valentine de Saint-Point, Luisa Casati, and Benedetta Cappa contended with the misogyny of their colleagues while also embracing feminist politics as the way forward. The heart of Futurism can be summarized by the Futurist poet, painter, and Capricorn Mina Loy in her poetry collection, The Lost Lunar Baedeker: “There is no Space or Time / Only intensity, / And tame things / Have no immensity.” 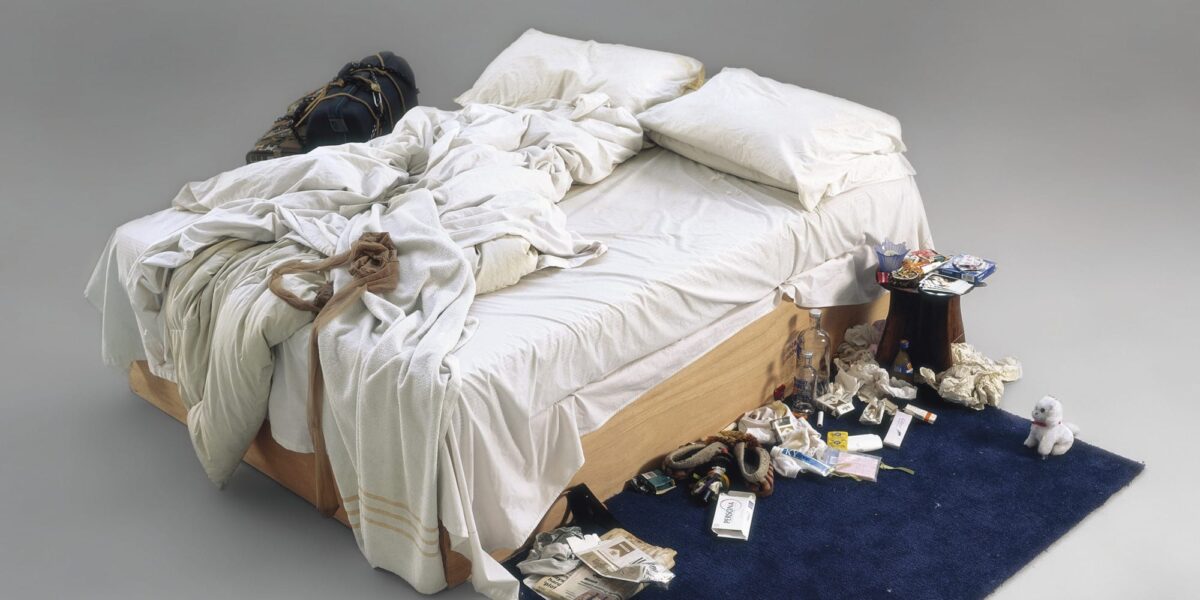 Postmodernism is an extensive category of art made between the 1960s and 1990s that responds and rejects the values of modernism. This movement is critical of modernist ideology—which was often self-referential to a fault—and the effects of social conditioning within culture and art-making. This cynical but also rebellious reflection is big Aquarius energy. Postmodern artists incorporated various mediums such as video, installation, and performance art. Yayoi Kusama, Carolee Schneemann, Catherine Opie, and Tracey Emin blur the distinction between “high art” and “low art” while also calling attention to the social barriers such as queer-phobia, sexism, and racism that limit an artist’s popularity and influence. 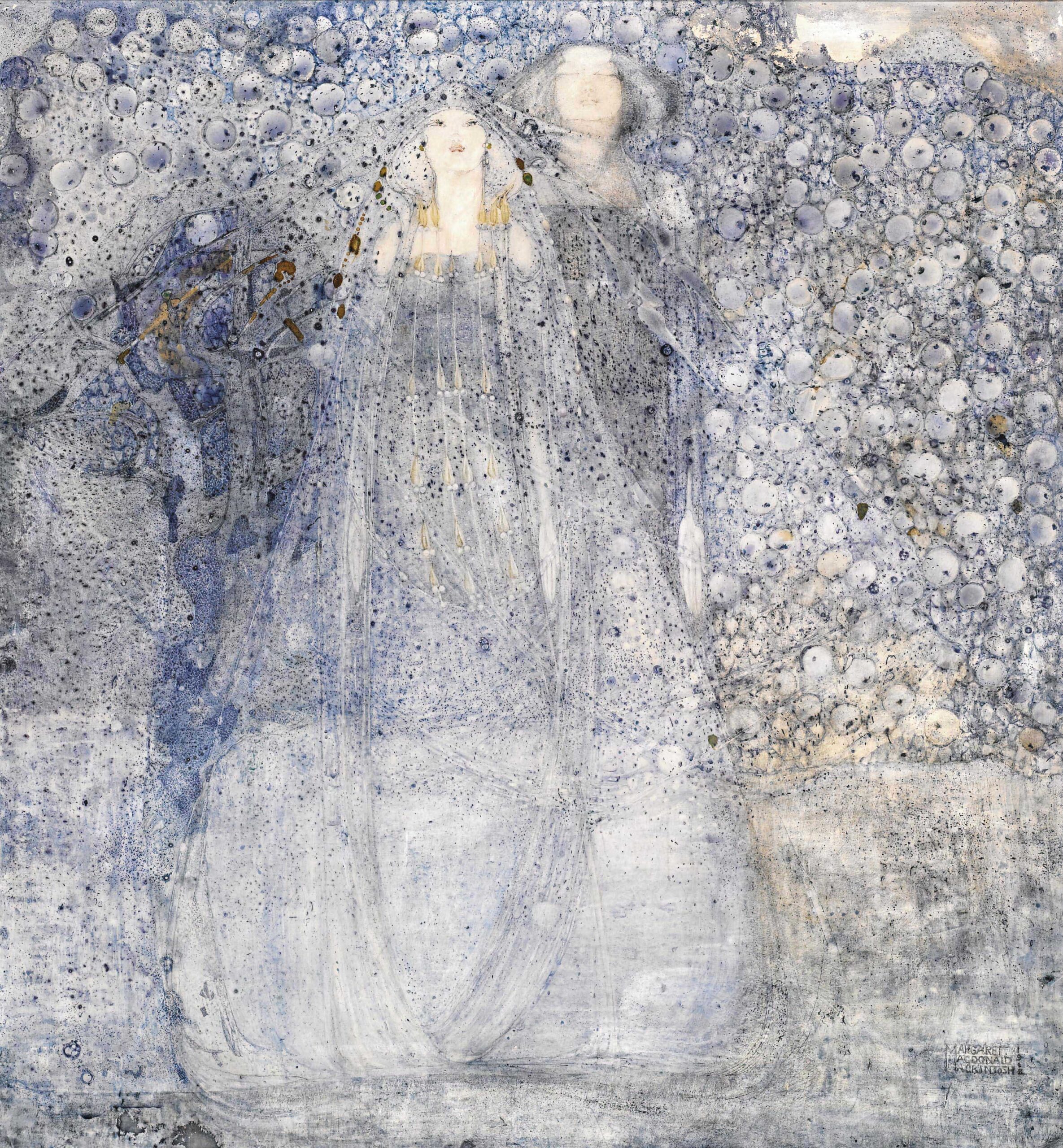 Credit: Margaret Macdonald, The Silver Apples of the Moon, 1912 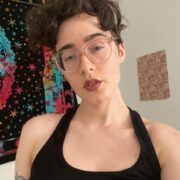 Cassidy Aryn
Cassidy is a queer poet, artist, and astrologer who seeks to synthesize the mystical with the scientific. She offers affordable phone consultations, writes article about astrology, and makes memes that poke fun of the signs. Follow her on instagram @mercurial_musings. 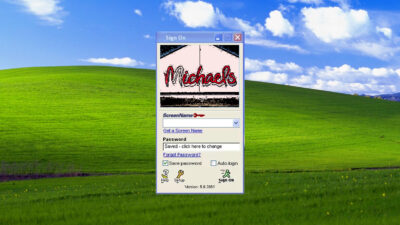 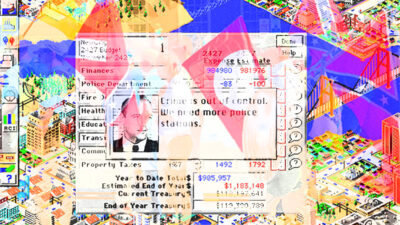 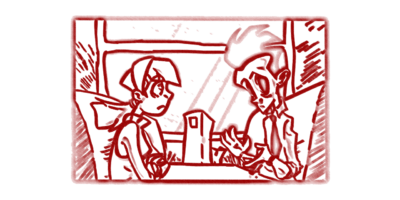