In theory, podcasting was meant to be a brave new world where anyone who could afford a couple of microphones and a SoundCloud Pro subscription could have a platform. In reality, as the medium continues to become more popular, it’s become awash with venture capitalists and extremely burdensome ads. If you do some digging, however, there are still plenty of great podcasts fighting the good fight and maintaining their independence. In no particular order, here are five of my favorites from this year. 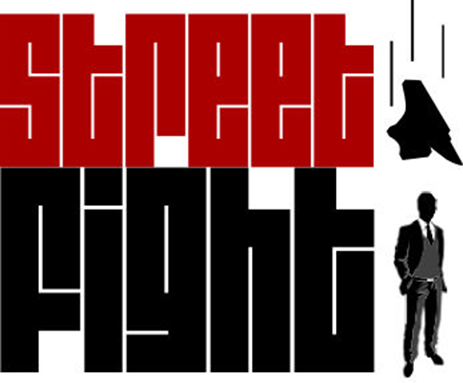 I’m listing STREET FIGHT first simply because I want to be positive that anyone reading this sees them. I do not think there is a better podcast out there right now than STREET FIGHT, full stop. No other podcast comes close to building a community and a relationship with the fanbase the way this show does, and there aren’t content creators out there who are putting out a higher quality of material than Brett Payne and Bryan Quinby. The #1 anarcho-comedy radio show on any station across the nation brings you hours of comedy and observations about all aspects of living and working in modern-day America, Bryan and Brett bringing radical leftist politics and a DIY attitude to podcasting in a way that feels truly innovative. The show is great because at its heart, it’s hosted by two sweetie-pie Midwestern dads who want to make you laugh. Most political podcasts seem to either hosted by political insiders, boring beltway commenters, or irony poisoned 20-somethings. STREET FIGHT works because it’s simply two guys speaking candidly about how much they hate work and the US government.

Our current political climate is rife with people who seem incapable of just plainly naming the things that are making their lives miserable. In mainstream political commentary, there is very little concrete discussion of how much it sucks to subsist on just-above minimum wage, how hard it is to pay rent, how much healthcare in this country is a horrifying quagmire. These things are all at the forefront of STREET FIGHT; every week the show hosts a call-in episode which essentially serves as an airing of grievances for anyone who may have them, about any aspect of their lives that they just can’t stand anymore. The experience is incredibly cathartic; realizing how many other people are also struggling to get by, to survive their tyrannical boss, to pay off debts, makes you feel immediately less isolated. Brett and Bryan have created a space where it’s okay for adults to say the system at hand is failing, and they manage to do it all with a warmth and generosity you can’t find anywhere else on the internet. You need to listen to it, you need to support them on Patreon (their bonus episodes are incredible), you need to get involved in the best community the internet has to offer. 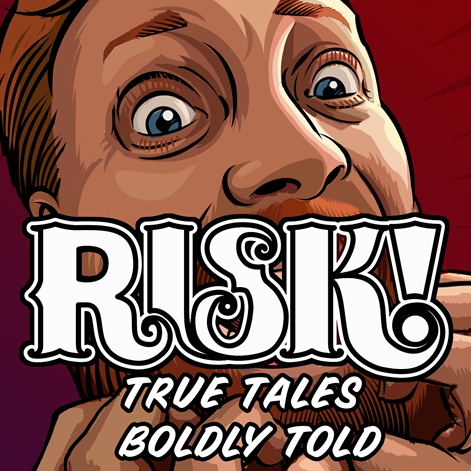 You can keep THE MOTH, and I have no use for SNAP JUDGEMENT. RISK! is the only storytelling podcast you need, accept no imitations. This podcast is about to hit a decade of being on podcasting feeds and it has aged like fine wine. Host Kevin Allison is a deeply funny, deeply empathic man, and the team he’s curated over the years to keep this freaky storytelling enterprise afloat seem to be some of the most dedicated people in podcasting. Fundamentally, the ethos of RISK! boils down to being a show where anyone who’s brave enough to get on a stage and tell a story “they never thought they’d dare to share” deserves a platform to do so. RISK! is a show that helped fundamentally shape me into the adult I am today. It broadened my experiences with people from truly all walks of life—trans folks, drug addicts, people who are into capital “k” kinky shit, are all regular participants on the podcast. As a straight guy who grew up in a suburb, these are all people I hadn’t yet encountered at age 20, but RISK! gave me an incredible insight into how people from different walks of life think and feel. The show tests your limits for grossness, it pushes you headfirst into other people’s grief, but it ultimately pulls you through to the other side feeling brighter than ever before.

It’s a shame that RISK! always seems to be teetering on the brink of collapse, as it’s such an important cornerstone of so many people’s podcasting universe. I truly would be devastated if Kevin announced that they had to close up shop. Give the show a listen, and if you like what you hear, give to their Patreon, buy their dang book, independent entertainment this raw and honest deserves your support. RISK has produced an enormous amount of episodes over the years, so I recommend starting with the “Best Of” series to get caught up on how the show operates. 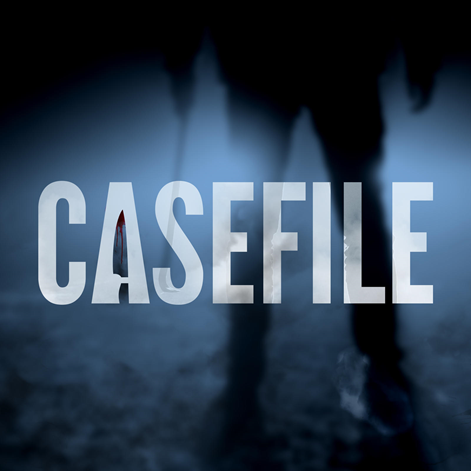 I almost didn’t include this show because it’s so professionally produced and so wildly popular, I thought it had to be part of some major podcasting network. But no, it turns out that it’s just risen to the top of the true crime world simply by virtue of how well it’s done. CASEFILE walks a very fine line that few true crime productions can consistently stick to, sidestepping the three major problems that most true crime stumbles over. So often with your run-of-the-mill cable true crime reenactment shows, you’ll see well-worn narratives of scorned spouses, jealous business partners, and cases that reaffirm racist fears, played out over and over again. Alternatively, you’ll regularly encounter stories that want to focus on and glorify the perpetrators of horrific deeds, while devoting hardly any attention to the lives of the victims. Finally, some true crime tends to only focus stories which valorize the police or paint them in a positive light. CASEFILE sidesteps all of these pitfalls and manages to craft deeply engrossing, grizzly tales.

Hosted by an Australian man who insists on remaining anonymous, there is something distinctly eerie about the way this show is presented. The host’s measured, calm voice is mesmerizing as he takes you through the intricate details of some of the gnarliest crimes from around the world. If I could hazard a guess at what makes the show so effective, it’s that they clearly spend a long time researching each individual episode: the granular level of detail is sometimes mind-boggling, It’s occasionally hard to imagine how they manage to dig up the kind of information about the victims that makes them painfully human, but it’s also part of what makes the show so great. The show is also primarily written and researched by women, which seems to definitely give it a balance and an empathy with the victims that other true crime outlets sometimes lack. If you’re at all a freak who enjoys stories of the worst things that can happen to human beings, this is a show you need to add to your rotation. 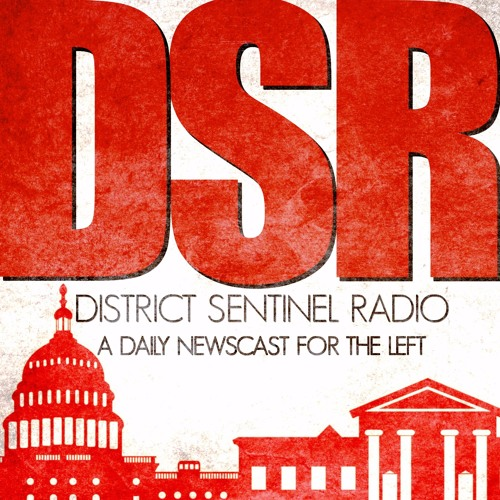 This show is almost entirely only accessible by subscribing through Patreon, so be warned there is a literal barrier to entry for this one. That being said, you really should give DISTRICT SENTINEL RADIO your money if you want a daily dose of news from the Hellworld that is Washington DC. The hosts, Sam Knight and Sam Saks (the Sams, if you will), are some of the most thoroughly knowledgeable people I’ve ever encountered in news commentary, but they also have a biting, sardonic sense of humor that keeps their show from ever getting boring. The premise of the show boils down to the Sams being “in DC so you don’t have to be”; they recognize the craven, miserable nature of keeping an eye on Capitol Hill, and they do it with a charming amount of rage and spite. If you’ve found yourself wanting to keep up with the ins-and-outs of our garbage government, but haven’t found an outlet that will allow you to stomach it, DISTRICT SENTINEL may be your solution. For five dollars a month, you also get an incredible amount of content: four broadcasts a week dedicated to covering the news, with a Friday episode devoted to in-depth interviews with all kinds of guests. You also get a digital zine every week with more in-depth writing and reporting from the Sams and their friends. 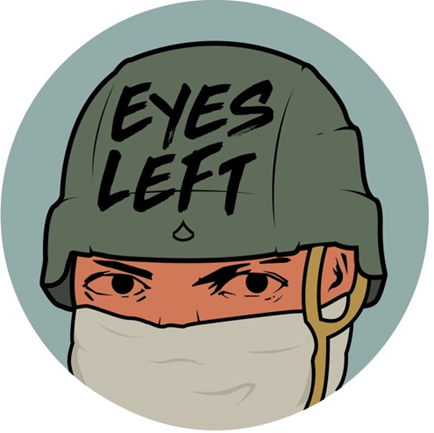 This may be a show that hits me especially hard because I grew up in a military town, but I think anyone who is fed up with the state of US militarism and our endless wars can find something to latch on to in EYES LEFT. Hosted by two veterans with socialist politics, Spenser Rapone and Mike Prysner, their podcast is dedicated to a frank critique of all things relating to the US military in its current form. It is impossible to write off Prysner and Rapone’s perspectives since they’ve actively lived through the wars they relentlessly oppose. They never come across as naive idealists or wide-eyed hippies, these are people who developed anti-war politics the hard way, and seemingly are even more adamant for it. When talking about the US military, it can often feel like there is no way to meaningfully oppose such a behemoth, but the hosts constantly find stories throughout history of soldiers resisting immoral orders from the inside and standing up against the war machine. What’s more, they bring on their friends and fellow veterans now opposed to the military. If you’re going to choose an episode to start with, I highly recommend “The Clifton Hicks Story” episode, it ends with an anti-war song that has haunted me ever since I heard it almost four months ago.

THE MULE Canters Through a Divided America 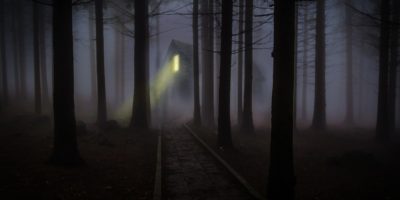 In the Crosshairs Episode 27: Contemporary Horror 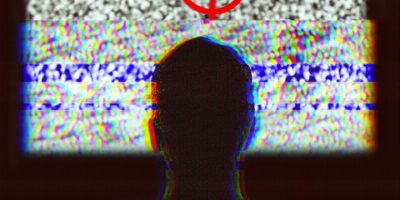 IN THE CROSSHAIRS Episode 21: BLACK PANTHER, Black Art, and Black Liberation: An Interview with Femi