Another self-isolating, binge-watching week in TV Land! This week’s big drop was Hulu’s LITTLE FIRES EVERYWHERE—a prestige miniseries with Reese Witherspoon and Kerry Washington. How could that go wrong? Well, it did somehow! The good news is, the low-flying releases really blew us away this week: a new HBO miniseries, a FLEABAG-esque lesbian dark comedy, and a new series from the creator of DOWNTON ABBEY where rich British dudes say “lad” a lot! What a gas! Check it all out below! 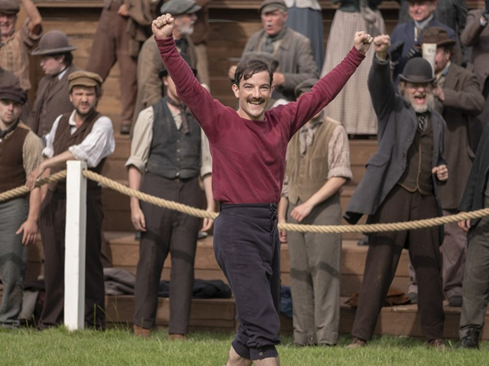 Netflix has a new show, lads! THE ENGLISH GAME is a miniseries about 1800s soccer in Europe and the men who play it, from Julian Fellowes, the creator of DOWNTON ABBEY. Along with soccer, the show also deals with the class structure during that time and the perception of sports in relationship to it. The show follows Arthur Kinnard and Fergus Suter; Arthur is a wealthy soccer player, who gets shamed by other wealthy players because the game is understood as a “boy’s game.” Meanwhile, Fergus Suter dreams of being the first player to “win it all” and not come from means like the other players he competes against. Both men come into conflict with each other, and naturally both have different reasons why they should win, allowing the audience to root for who they want, identifying along class lines and more nebulous ones like “sportsmanship.”

The show’s biggest flaw is the lack of a clear character to cheer for and get behind. When they do finally face off, instead of everyone having a favorite, the audience is just left uninterested. That freedom to choose a protagonist to root for has to be an interesting choice, otherwise it’s not worth structuring the show around. Additionally, the predominant focus on the class conflict takes away from the thrilling moments of actual soccer play. This leads to a lot less scenes of soccer and a lot more scenes of rich people sitting around dinner tables talking, which, in turn, drastically slows down the pace. Because Fellowes largely avoids offering class critiques beyond “class divisions exist”, the main focus of many episodes is just not worth the time required to consume them. Some people love period-pieces set in Europe and the UK in particular, so this might be more for that audience than fans of sports narratives, but in this writer’s opinion, the best part of this show is hearing the characters talk, especially the many times they call each other “lad,” which is more than you could possibly imagine. In a time where all sports are gone, this might not be the best show to fill that hole, but for a fan of  DOWNTON ABBEY, this show will definitely tickle your fancy, lads! [Wyatt Lemoine] 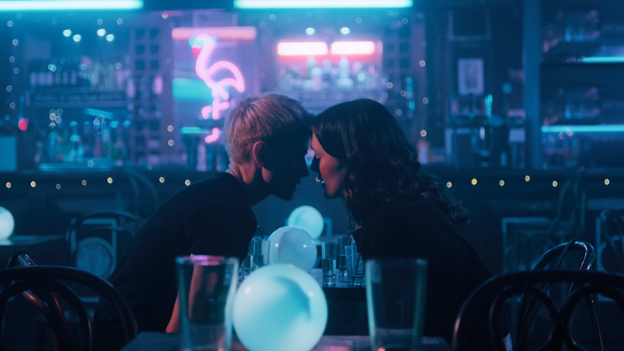 As MGRM’s self-proclaimed Fleabag-Expert-In-Residence, on its surface, Netflix’s newest original, FEEL GOOD, seemed poised to be my next favorite thing. With its focus on a quick-witted, young, troubled woman trying to come to terms with her past and reclaim her future, it feels like a worthy companion to others that come before (i.e. FLEABAG, THIS WAY UP, BACK TO LIFE). In many ways, it is. There’s a lot to love and fall for in the show; however, as I was watching, I couldn’t help but wish FEEL GOOD was just… a little better. The pilot introduces the audience to comedian Mae Martin who, within the first 10 minutes, is sucked up in a whirlwind romance with George (played by Charlotte Ritchee, of CALL THE MIDWIFE fame). The early days of their relationship play out mainly in a sweet montage before thrusting forward three months when the two decide to move in together. It becomes quickly apparent that this show isn’t about finding love, but staying in love. As the two start to nest, cracks begin to form and Mae’s secret past as a former drug addict is revealed. George, for her part, struggles with coming out to her friends and embracing the fact that she’s fallen in love with a woman.

It’s hard to conceive of the perfect cocktail for a successful show. Watching FEEL GOOD, it seemed as though it had all the right ingredients, but was lacking that one bit of something. At times, emotional beats can come off as too heavy-handed. The pace, particularly at the beginning, feels both too fast, but not quite tight enough. Perhaps the biggest hurdle for me to cross was grappling with my love for Mae Martin as a comedian, but struggling with her performance as an actor. With all that said, it’s hard to not enjoy this show and feel emotionally tethered to its characters almost immediately. After completing the season’s six episodes, I found myself craving for more—not just because I liked watching it, but because I think it would have been more impressive if given a bit more time to get on its feet. [Anna Thorup] 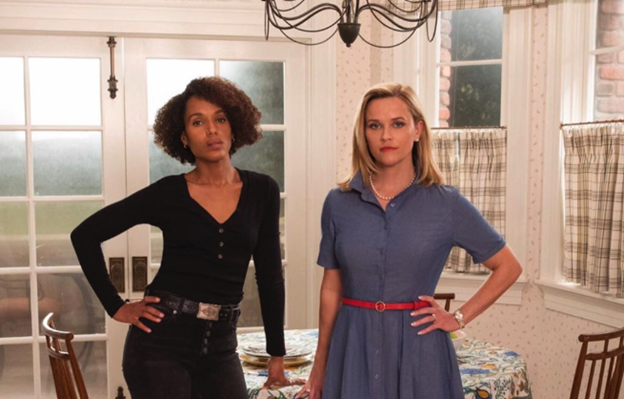 Hour-long dramas are hard to do; they’re usually either major television hits, or misses that pretty much fall off everyone’s radar immediately. Unfortunately, for me, it seems LITTLE FIRES EVERYWHERE is heading towards the “miss” category. Based off a book by Celeste Ng and starring Reese Witherspoon and Kerry Washington, the show starts off with Witherspoon’s uptight WASP-y character watch her house burn down, then jumps back in time four months (a personal pet peeve of mine that did not endear me to the show any further) to presumably where the lead-up to the burning house began. The core of the show is the constant “compare and contrast” of Witherspoon’s suburban real estate mom persona to Washington’s formerly homeless, free-spirited artist mom persona. The main issue with the show is that it is slowly paced, but it doesn’t use any of that time to let us in and gain a connection with any of the characters—instead, it feels as though Witherspoon and Washington are going through the motions of dramatically acting but weren’t given any substance for the viewers to hold on to and follow through the plot of the show. I hate to use the word “boring,” but by minute 30 I was checking to see how long I had before it was over. I’ve never read the book, and maybe those who are fans of it would get more out of the show, but for me, there are far more interesting dramas I can visit. [Anna Mansager] 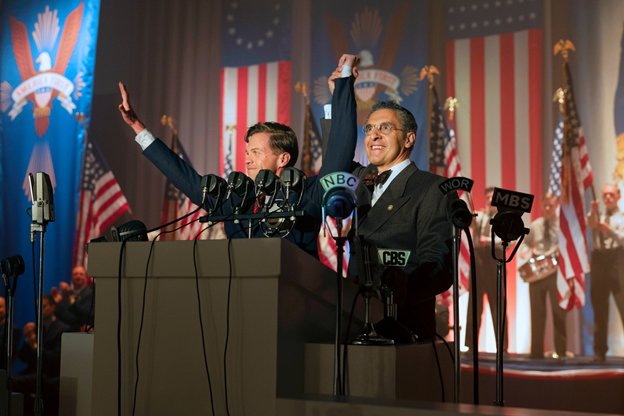 THE PLOT AGAINST AMERICA (HBO)

Can we all agree Nazis are bad? I think we do. Despite everyone agreeing Nazis are bad, there are still Nazis. Some years are worse than others, but we haven’t had a zero-Nazi year since they were invented. THE PLOT AGAINST AMERICA examines an oft-neglected group of Nazis: American Nazis during World War II. Oscillating between slice-of-life family drama and large-scale ideological battles, series creator David Simon has built another stellar vehicle for his bird’s-eye view of phenomena.

This miniseries is adapted from a historical fiction novel by Philip Roth, which imagines an alternate future where famed aviator and probable Nazi Charles Lindbergh beats FDR and bolsters America’s fascist side. Shown in this pilot to be louts who lob anti-Semetic comments from the comfort of a beer hall, American Nazis find a voice in Lindbergh. Lindbergh’s screeds about how America needs to avoid war intervention catch the ire of Herman Levin (Morgan Spector), who’s concerned about moving his Jewish family to a non-Jewish neighborhood. His precocious children Philip (Azhy Robertson) and Sandy (Caleb Malis) learn to cope with hatred they barely understand, while their older cousin Alvin (Anthony Boyle) takes his frustrations out physically on the aforementioned beer hall denizens.

A show like THE PLOT AGAINST AMERICA might sound like a downer, but watching the Levins fight the good fight feels wholly satisfying. The characters carry themselves with a sense of perseverance in the face of rough times, an attitude our quarantined asses should take to heart. Mark this one down as good vibes. We’re going to need a lot of them. [Dan Blomquist]