Quibi stands for Quick Bites. Quibi is a streaming service piloted by ex-Disney and HP execs that aims to fill in the parts of the day that had not previously been colonized by the content industry: waiting in line, waiting for the bus, using the restroom, riding on the bus, waiting for the microwave to ding, waiting for the 87 seconds of commercials to tick down on the Hulu show you’re watching, brushing your teeth, taking your dog out to pee. You might be asking yourself, “Don’t the other streaming services fit into these moments of the day without changing the format of the content they provide or doing anything else weird like offering different things if your phone is being held in portrait or landscape?” The correct response is, “You’re absolutely right; the only thing that currently acts as a selling point for Quibi is the ridiculous amounts of money it’s spending on content and the content itself because all of its other features mostly function as smoke to obscure what’s actually happening on this weird app/streaming service/content landfill.”

As you might have feared, most of the Quibis on Quibi suck ass. MURDER HOUSE FLIP is exactly what it says on the tin, but not nearly as wild as you’d hope. DISMANTLED is similarly weird, featuring exploding food, a cooking competition, and Titus Burgess, but not much in the way of entertainment. SURVIVE is trash, THE MOST DANGEROUS GAME equally so. FLIPPED is not particularly funny but Will Forte and Kaitlin Olson are charming and deserve better. Most everything else is not worth the trouble or buried so deep in the app that you’ll have to search for it to find it. Beyond its unwillingness to conform to an expected dystopian nightmare or some laughable failure that proves a point, Quibi largely seems to exist to circumvent below-the-line union protections, essentially allowing the stars to be paid the same or more than they’d traditionally be paid for content of this length, with everyone else getting paid below their union minimums. Not a great look! Quibi is actively not entertaining and until proven otherwise, actively evil. Regardless of how small the bite or how quick it can be consumed it’s simply not worth $4.99 with ads and the continued degradation of any sense of stability in the entertainment industry. 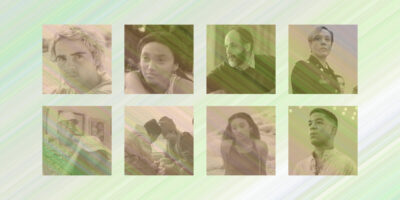