Who could have predicted the staggering popularity of “Between Two Ferns,” Funny Or Die’s long-running mock-interview show hosted by an awkward and abrasive Zach Galifianakis? Not only has Galifianakis landed some of the hottest celebrities in Tinseltown, but he’s also somehow nabbed former presidents, and presidential hopefuls, forcing them to play along with his apparently sadistic rhetorical gambits (one might recall his infamous query to Barack Obama: “How does it feel to be the last black president?”) Now, for some reason, there’s a movie about this web-series. Unfortunately, both the show and BETWEEN TWO FERNS: THE MOVIE are disingenuous. What is ostensibly an opportunity to skewer celebrity is instead a valorization of that celebrity’s ability to be a “good sport,” their sense of humor and humanity, and a process by which to render them “regular people,” when they are anything but.

After killing Matthew McConaughey in a tragic plumbing malfunction—which renders the “Ferns” studio unusable—Galifianakis is contracted by Funny or Die CEO Will Ferrell to film 10 interviews in two weeks, with the reward of Galifianakis being granted his own late-night talk show (“I’m a white man, and I’m straight, and I deserve it.”). So begins the road trip with Galifianakis’ team, who must scramble to the homes of various celebrities, located in disparate parts of the country, to shoot the mean-spirited tête-à-têtes. 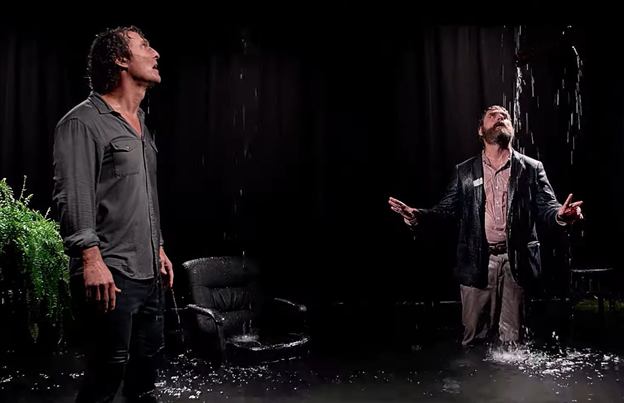 Galifianakis’ road team is comprised of talented actor/improvisers; Lauren Lapkus, in particular, brings a manic pep to her role as Galifianakis’ assistant. Between-interview segments are less successful, though a barroom scene featuring a cameo by indie-music wunderkind Phoebe Bridgers (!) is a pleasing digression. It would be a grinch move to reveal all the movie stars (and famous people of a different ilk) they’ve roped in to the project, but suffice it to say the BETWEEN TWO FERNS team has managed to secure more than a dozen widely-recognizable and relevant faces, the interviews themselves springboarding mainly off current pop culture awareness. Of course, this means FERNS most likely won’t stand the test of time, as certain faces fade into obscurity and the 2019 zeitgeist gradually dissolves into a nebulous and forgotten Land of the Lost.

It’s all in good fun though, right? Maybe not. The Frontiers in Psychology Journal conducted a study that showed the humanization of the super-rich, which is what FERNS traffics in, led to ordinary people being more willing to uphold the status quo and less likely to support income distribution. A millionaire being able to take a joke about their stupid name is apparently enough to justify their obscene wealth. “Ferns” also employed the best kind of political spin when it wanted to: a funny format such as “Ferns’” has the wondrous ability to make one forget about Barack Obama’s war crimes—not to mention the fact that the then-President was provided ample time to plug his Medicare program, under which millions of Americans remained uninsured, and which protected the exploitative insurance companies. 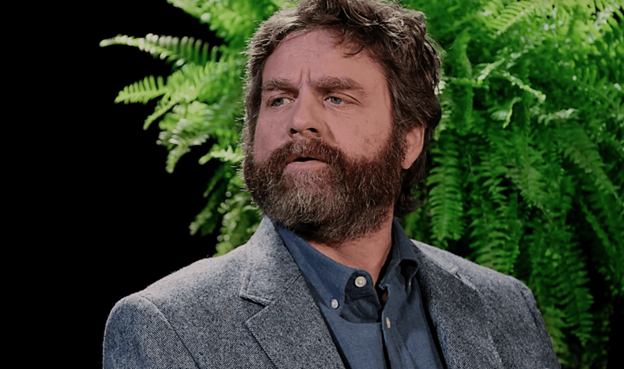 The face of capital

Nevertheless, director Scott Aukerman has a good eye for visual non-sequiturs, with a shot of Galifianakis lint-rolling the inside of his pocket being particularly inspired. Ferrell has his best turn in eons, unburdened by a generic script or dead-eyed direction—it’s good to see one of the funniest men alive be funny, after having to watch him get soul-murdered by the likes of GET HARD and HOLMES & WATSON.

That said, FERNS is the enemy. In turbulent times such as these, when tens of thousands of Americans are dying every year from wholly preventable causes because of exorbitant health care costs, where student loan debt totals over $1.5 trillion dollars, it is obscene to paint millionaires as relatable people, with a cheeky sense of humor—for all their wealth and privilege, they must be just like the rest of us. These people can afford their astronomical co-pays, premiums, deductibles, prescription drugs, vacations, and tuition fees. Can you?