I feel like every week I try to come up with this little at-the-top section of our TV Round-ups, and every week I end up on some statement about how cool it is that all of these weird shows get to come out at the same time and we get to enjoy them all. But I mean—come on: a Ryan Murphy biopic about esteemed broadway legends, a YA supernatural thriller starring a Native American teenager, and a loosely dadaist sketch comedy show where the best joke is about Garfield? On the same platform?? It never ceases to amaze me. Anyway, check out the latest! 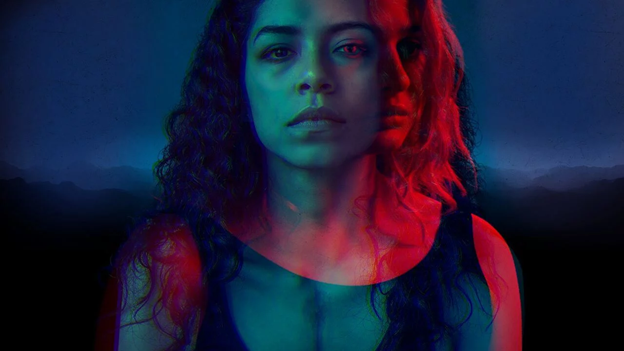 Man, whatever happened to sexy vampires? CHAMBERS is Netflix’s latest foray into the murky, horny waters of the YA(?) Supernatural(?) Thriller(???). Our Native American protagonist Sasha suffers a freak heart attack at 17 and receives a lifesaving heart transplant from Becky, a recently deceased high schooler. Becky’s bereaved family befriends Sasha and her… dad? Uncle? She calls him “Big Frank.” Anyway, they take it upon themselves to transform Sasha’s life with a scholarship to the local private high school, a car, and other trappings of rich white-dom. Sasha accepts these gifts with reluctance while experiencing strange visions, diving deeper and deeper into the ooky-spooky weirdness surrounding Becky’s demise.

CHAMBERS is a series that doesn’t not have a lot going for it. It’s a Netflix original series starring a woman of color and exists in this interesting post-RIVERDALE, post-GET OUT space. However, it’s kind of unclear who this show is really for. It’s dumb in the way RIVERDALE is (Sasha is suddenly really good at math! Gasp! BECKY was really good at math!!!), but it never quite crosses the line into camp, which would make those dumb moments work. It’s full of Blumhouse-y weirdness geared towards teens (Faces scribbled out! Sasha seeing Becky’s face in the mirror! One really, really upsetting moment of body horror!), but it’s not quite pulpy and sexy enough to read as YA. This would be a great movie, and in fact, the inventive cinematography gives off this vibe of yearning to be a movie. Maybe I’m wrong and some 13-year-old is really losing their shit over this right now, but it just didn’t get my goat. [Kate Brogden]

With full confidence in the cliché of this affectation, I posit that the magic of theater lies in the fact that it’s live. I preface with this because way too many film or television adaptations truly suck, probably for this reason. So FOSSE/VERDON made me nervous. The wounds still sting from the sacrilege of A CHORUS LINE (1985), amongst other movies and TV shows abusing the art of bursting into song and dance. There’s always something wrong with them, usually, “The singing and dancing was great, but the script/story/acting was awful!” (I’m looking at you, BURLESQUE (2007)). So we’re nail-biting and just waiting to recognize a name or two under the dancer credits.

But FOSSE/VERDON is different. It’s not a musical—that’s just the backdrop. It’s not about theater, or dancing, or even movies. It’s about the intoxicating codependence of two entertainment visionaries. Michelle Williams and Sam Rockwell push and pull as the effervescent Gwen Verdon and neurotically genius Bob Fosse in performances that are not only convincing, but also nuanced in their emotional depth, making their characters much more than just venerable names on marquees and in playbills. The drama is anticipated, especially from the philandering, barbiturate-popping Fosse, but Williams especially stands out in her depiction of Verdon as the most-respected woman on Broadway, constantly disrespected by a partner who needs her just as much as she needs him. The relationship results, then, in something much less sinister than it is sympathetic to the demons of the creatives we think we know via their legacies.

Luckily the singing, dancing, and choreography are absolutely wonderful, thanks to meticulous oversight from Broadway’s heaviest hitters (not just producer Lin-Manuel Miranda). Even the story and writing hugely impress, with clever verbal tennis matches between Williams and Rockwell, elegant costuming, and a nonlinear storyline that flashes forward and backward, framed by the couple’s most revered artistic collaborations. Gilded by the glitz and glamour of entertainment, FOSSE/VERDON undoubtedly strips away the false eyelashes and fishnets for an incredibly intimate portrait of the industry’s most esteemed—and most broken—power couple. [Sienna Kresge] 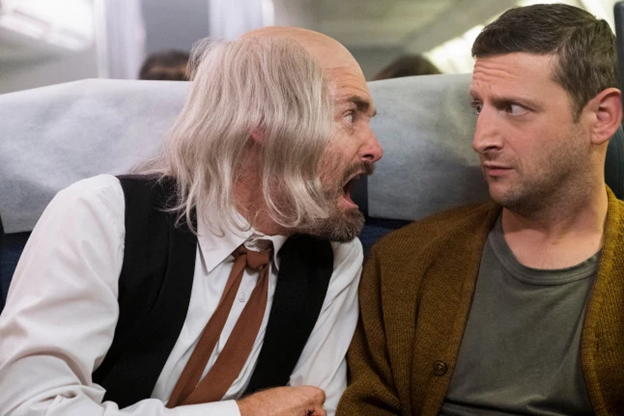 I THINK YOU SHOULD LEAVE WITH TIM ROBINSON (Netflix)

When I read the phrase“non-stop laughs,” my eyes glaze over. Readers deserve more effort than a cheeky assurance that a comedy will indeed contain humor. My theory is trailer companies pay writers to use the phrase so they can put it in a big bubble font on a poster. It is truly the antithesis of everything I want to try and do with my critical writing. So it’s incredibly painful for me to tell you that I THINK YOU SHOULD LEAVE WITH TIM ROBINSON delivers upon its viewers 102 minutes of ceaseless, unending, eternal, non-stop laughter.

MR. SHOW WITH BOB AND DAVID has spawned a great many surreal sketch show children: KROLL SHOW, PORTLANDIA, TIM AND ERIC AWESOME SHOW, GREAT JOB. I THINK YOU SHOULD LEAVE channels the power of all its ancestors and lays down sketches that get shout-quoted and retweeted before they end. Some sketches have just one distinct joke (the job interview, the funeral organist, the hot dog car), but succeed through the sheer power of truly and earnestly committing to the bit.

This space is too tiny to fit the number of compliments I THINK YOU SHOULD LEAVE deserves. I laughed so hard I had an asthma attack. I’m already looking forward to the inevitable event screenings in movie theaters. Watch this if you enjoy being happy. [Dan Blomquist]

HELLBOY Is an Unsurprising Mess