Though we often speak of the 2010s in the broad strokes of its full films, there is something to be said about the actual cinematic moments that defined the decade; sequences that stand out as loud and proud as the films they are a part of. In decades prior these would have been moments as iconic as Daniel Craig’s 007 rebranding in CASINO ROYALE’s opening chase sequence, or the first time a young Keanu Reeves is introduced to The Matrix. Often watershed moments for their respective years, these sequences have either come to define thespian accomplishments, directorial virtuosity, or cataclysmic shifts in genre. So, without further ado, here is our breakdown of the most iconic Hollywood scenes of this past decade. 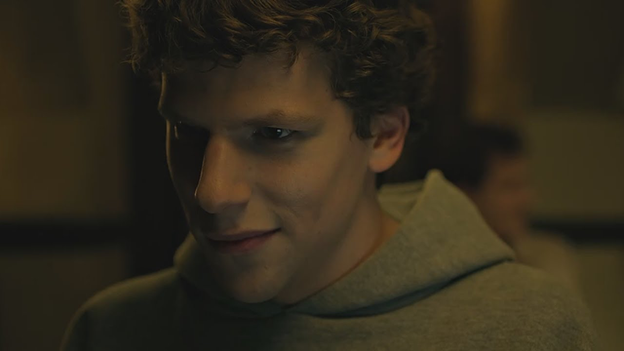 As an entire college campus worth of students embark to frat parties and sorority mixers, Jesse Eisenberg’s embittered and casually arrogant Mark Zuckerberg thinks up a sleazy system to use his school’s online yearbook to create a “rate-the-girls-on-a-scale-of-1-to-10” app. What ensues is without a shadow of a doubt David Fincher’s most visually spectacular sequence: restrained, but wondrously precise, we cut to Andrew Garfield scribbling an algorithm on the window of Zuckerberg’s dorm room. Cued to Trent Reznor and Atticus Ross’ mind-bending score (yet another reason why this film became such a tastemaker for the following 10 years), we fly from dorm room to office to party to coffee shop, seamlessly juxtaposing Zuckerberg’s and the internet’s moral negligence: a perfect first act set-up.

Perhaps the closest thing to an arthouse film to have made this list, SPRING BREAKERS seems to have suffused itself into the public consciousness as one of the most visually iconic films of the 21st century (up there with THE TREE OF LIFE, GOOD TIME, and DRIVE as the films that seem to serve as every aspiring filmmaker’s key source of inspiration). And here’s the rub: You can really only feel one of two ways while watching Harmony Korine’s subversive epic, but regardless of whether or not you love it, you cannot deny yourself the absolute magic of watching James Franco serenading our titular protagonists on his poolside piano. It’s a scene that perfectly illustrates how many of cinema’s most indelible moments are cued to unforgettable music choices, whether that’s Tarantino needle drops (shoutout to DJANGO UNCHAINED, which just barely missed a spot on this list) or Xavier Dolan’s aspect ratio shift cued to Oasis’ “Wonderwall.” But perhaps the cherry on top is that Korine picked the perfect song to lead us into his montage of madness and debauchery: Britney Spears’ “Everytime.” 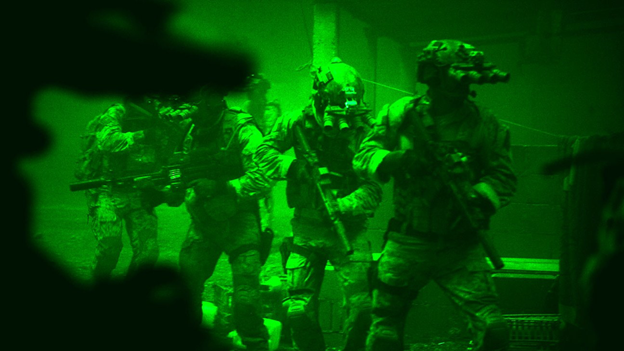 Every now and then, a film gives viewers a scene unlike anything they’ve ever seen before. Cue Kathryn Bigelow, who hot off the heels of her Oscar win for THE HURT LOCKER, delivered the equally brilliant and deceptively complex ZERO DARK THIRTY, a dramatized retelling of the hunt for Osama Bin Laden. As the film reaches its zenith, a squad of elite Navy Seals break into Bin Laden’s compound delivering a sequence unlike any that’s come before or after it (cinematographer Greig Fraser even tried to emulate this style with his work in ROGUE ONE, but Bigelow’s deliberate storytelling was absent). In a strategic room-to-room invasion, we make our way up multiple floors—calmly, precisely, and expertly executing numerous targets with scalpel-like precision. It’s the type of scene that stops your breathing, uncompromisingly complex and yet so easy to follow. Where many of the decades great action scenes boast elaborate bombast, it’s Bigelow’s stealth-invasion that holds its own for being decidedly quiet. 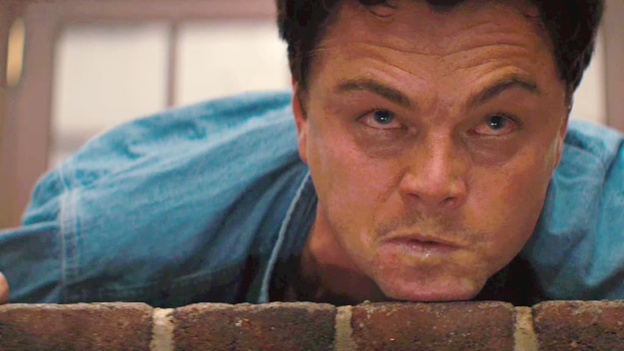 Anyone who has watched Martin Scorsese’s hedonistic American nightmare, THE WOLF OF WALL STREET, knows what I’m talking about when I name “the quaalude scene.” It’s the type of sequence that only comes around once every blue moon: a hysterical drug-trip that opts out of any egregiously stylized camerawork in favor of a slow, methodical, moment-to-moment capture of mental and physical destabilization—right up there with Albert Brooks’ quaalude scene in his 1981 classic, MODERN ROMANCE. It’s a scene that should have secured Leo his long-overdue Oscar. And look, I could easily have picked the “McConaughey Cameo” instead, because this really is a film littered with iconic moments, but it’s Scorsese’s marriage of his trademark voiceover work and Leo’s unrivaled commitment to the bit that cement it as the film’s most unforgettable sequence. Leave it to Scorsese to have directed one of his greatest sequences at 71 years of age! 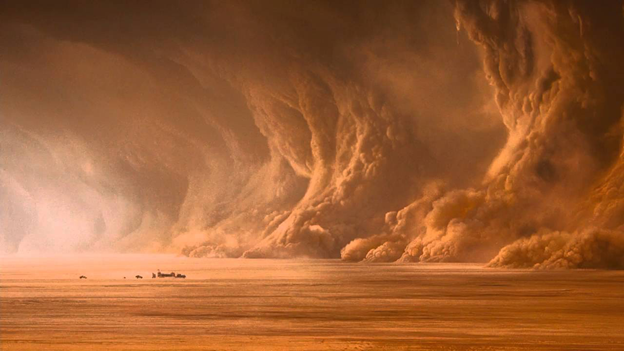 With George Miller’s pyrotechnic freakshow, MAD MAX: FURY ROAD gave viewers a palpable, visceral, and oddly beautiful facelift to a pre-existing franchise. Walking into Miller’s opus, it was hard to know what to expect. Would this be yet another failed remake or is there some meat on these bones? As the projector lit up, FURY ROAD began to reveal itself: colorful, extravagant, and wildly ambitious. But it’s the film’s first major vehicular chase into a sandstorm where Miller’s film truly takes off and spreads its angelic wings, proving itself to be both a watershed moment for action cinema and one of the greatest cinematic spectacles in the history of film. We should consider ourselves incredibly fortunate to have MAD MAX: FURY ROAD. Perhaps only the ‘90s (with T2: JUDGMENT DAY and THE MATRIX) can claim to have had a more important influence on the action genre as the 2010s—which can also lay claim to the likes of THE RAID: REDEMPTION and JOHN WICK. 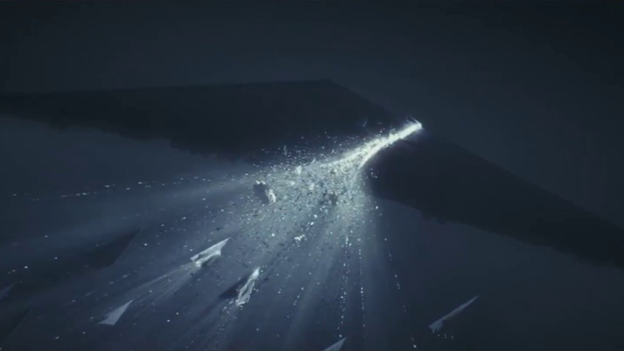 Rian Johnson’s contribution to Disney’s Star Wars saga has long been lambasted for… well, just about everything. But in a flurry of fan outrage, we seem to have all been missing the forest for the trees. Say what you will about STAR WARS: THE LAST JEDI, but it is nothing short of visually iconic. From the gorgeous red salt flats to the Kylo and Rey’s tag-team lightsaber battle, THE LAST JEDI avoided the recycling iconography and tried its hand at something new. But perhaps no other moment in the 2010s caught my attention quite like when Laura Dern’s Vice Admiral Holdo intentionally warp speeds into the massive pursuing enemy spaceship. Johnson’s ingenious move to literally cut off all the sound in the movie theatre as we see the deep-space explosion take place is the first time I’ve ever witnessed a mainstream moviegoing audience gasp: so quiet you could hear a pin drop. But hey, I guess over half the people in that theatre thought THE LAST JEDI wasn’t good, so maybe I should just let it be…? 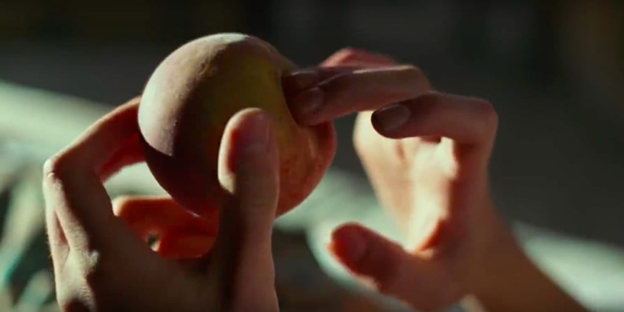 I was recently introduced to the idea of the TikTok e-boy and realized that Timothée Chalamet’s influence on every Gen Z’ers definition of sexy is not to be underestimated. The same way Zac Efron’s chiseled body came to define sex appeal for my generation a decade ago, CALL ME BY YOUR NAME’s lustful sexual appetite established a whole new brand of melancholy sexuality. And perhaps no single scene better captures this than the peach scene: one that we seem to speak of with the shock-and-awe of a LiveLeak video and the soft smile of a hazy childhood memory. Equally tender and erotic, Luca Guadagnino’s ability to place his camera in such a way that his audience feels like they’re peeling back the pages on their own childhood is unforgettable: the warm, dizzying comfort of first love (and lust) captured on film. 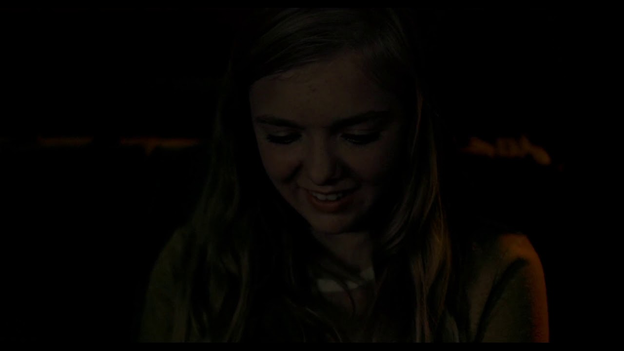 When word came out that Bo Burnham was to make a film about a young girl making the transition from middle school to high school, my mind was racing with thoughts as to what Burnham would try to tackle: isolation, social media, first love, etc. But the last thing I really thought I’d see was Burnham trying to discuss something as uncomfortable and hard to pull off as the sexual assault of the film’s protagonist, played by Elsie Fisher. It’s a scene that stands out among cinema’s history of often tasteless rape scenes. Scenes of sexual abuse have long been subject to outrage, and lambasted for being mere plot points that refuse to act as opportunities to study the psychological toll that the experience has on the protagonist, and yet that’s precisely what Burnham does here; creating a scene that’s perhaps even more disturbing because the assailant is a #niceguy until the moment he’s left alone with Fischer. 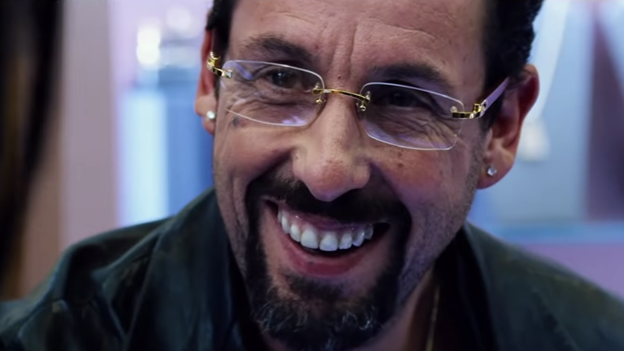 It might be a tad bit early to be adding a 2019 release to a list of decade-defining scenes, and though I could surely throw in a vote for MARRIAGE STORY, PARASITE, and ONCE UPON A TIME… IN HOLLYWOOD’s memorable setpieces, I have to hand it to Josh and Benny Safdie for their work on UNCUT GEMS—and perhaps more specifically, their ability to give Adam Sandler the character he was born to play. And though this entire film is a flurry of unforgettable high-stress double-crossings, it’s Adam Sandler’s brief respite with Kevin Garnett that has seared itself into my retina. As Sandler waxes poetic about how winners continue to fight for more, no matter how far ahead of the competition they are, UNCUT GEMS reveals itself as the perfect parable for a post-Trump America, as well as an ideal preamble to a new decade: one defined by a growing division in the United States, fueled by our own ravenous gluttony and greedy negligence for the people who have less than us. 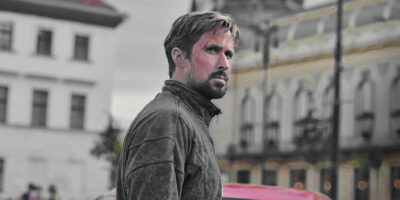