It kind of goes without saying that WIDOWS is a huge departure for Steve McQueen’s brand of unflinching, realist, internal filmmaking. As political as this film may be (maintaining the surface trademarks that have come to define McQueen’s directing), it feels diametrically opposed to the rest of his oeuvre. Taking the logline at face value, WIDOWS is a totally ridiculous little movie, which is why it’s so difficult to wrestle with the fact that it’s somehow trying to simultaneously tackle such crucial subject matter. This is a hard-boiled, female-led, heist film, chock-full of twists and turns and cardboard characters, but it’s also a film about politics, female reclamation of power, and capitalist America. It’s rambunctious, slick, and unquestionably flawed. It’s a lot to take in, and that’s not always a good thing.

Since we’re talking about yet another collaboration between McQueen and cinematographer Sean Bobbitt, WIDOWS is easily one of the most photogenic films of 2018. Few director/cinematographer duos know how to compose four-way tableside conversations as well as these two. It seems that everyone and their mother is over the moon for WIDOWS’ clever car-mounted tracking shot—a harrowing showcase of Chicago’s literal poverty line—but I genuinely believe that the film’s finest visual moments are the elegantly art directed conversations inside of churches and barbershops. Unfortunately, the same can’t be said for McQueen’s trademark Steadicam shots. A number of these are noticeably interrupted, butchered in post-production because they were likely too long for their own good. 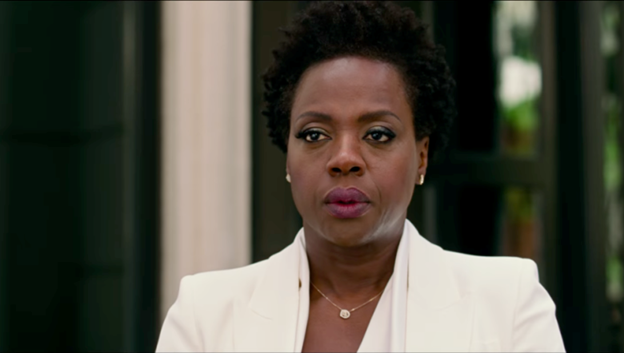 Thankfully, WIDOWS is a film carried by the gravitas of its heavyweight stars—or better said, star. Viola Davis truly gives it her all, and Colin Farrell arguably delivers the film’s finest performance, despite being given the short shrift after delivering an outstanding monologue. Unfortunately, I can’t sing all too many high praises for the rest of the cast. Daniel Kaluuya is cartoonishly menacing, Liam Neeson is throwaway material, and Michelle Rodriguez literally serves no purpose in the entire film (seriously, watch the film and consider what her contribution to the narrative is)! Elizabeth Debicki is the only other standout, to the point that I would have been far more interested in a centralized drama about her life, especially since she’s the only character with a profound arc.

Which brings me to my next concern: the writing. I can’t quite pinpoint what it is that WIDOWS does wrong, because it is very thematically rich. My gut tells me that something was lost in the translation from television to film content. No narrative component is alloted quite the right amount of time. Considering how much of a slow-burn the film’s first act is, it really sprints to the finish line in the final 20 minutes. Though plenty of great ensemble-heist films exist, few attempt to simultaneously give every character emotional depth. It’s as if McQueen was unsure whether he wanted an Ocean’s film or a character drama, carelessly doing both. But most importantly, the film’s big twist is wholly unnecessary and completely undermines the purpose of the actual film. After all, if McQueen’s cinematic intentions are political, then writer Gillian Flynn would have been well-advised not to dilute the narrative with her GONE GIRL Shyamalan-twists. 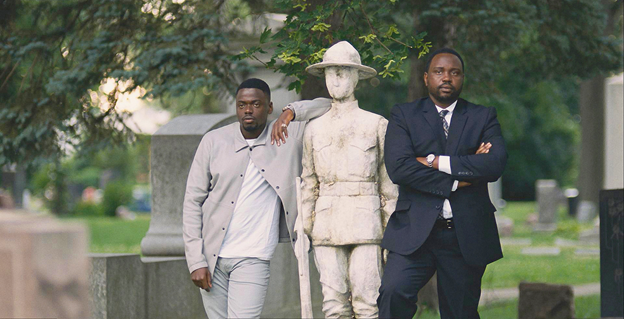 Clearly Steve McQueen had a ton on his mind while making this film, but just because the cast and crew are trying to sell viewers on the idea that this film has a lot to say doesn’t mean that it’s successfully saying any of it. Brief asides about the fine line between favors and services are genuinely prophetic, some of the most articulate socio-political discourse in a 2018 release, but it’s often mangled by the film’s many loose threads. As intense of a story this may be, McQueen never commits enough time to personalizing his ensemble. Everyone is a mouthpiece for a political agenda. Viola Davis is treated to several tasteless flashbacks to symbolize her grief because McQueen needs to put his audience on the fast track to caring about his cast, the film basically tugging at the audience for empathy.

It’s this peculiar, palpable feeling of anonymity that plagues WIDOWS. Considering that McQueen literally had me bawling during 12 YEARS A SLAVE, it’s a real shame that WIDOWS can’t even get me to feel for Davis. Henceforth, I think the most indicative trait that something doesn’t quite sit right with his latest is that it doesn’t really feel like a Steve McQueen project at all. I have a much easier time comparing it to Andrew Dominick’s 2012 film, KILLING THEM SOFTLY: an equally overbearing, anonymous, good-but-never-great, socio-political gangster saga. Both are films about capitalist virtues and the naiveté of a society engrained in transactionary culture. 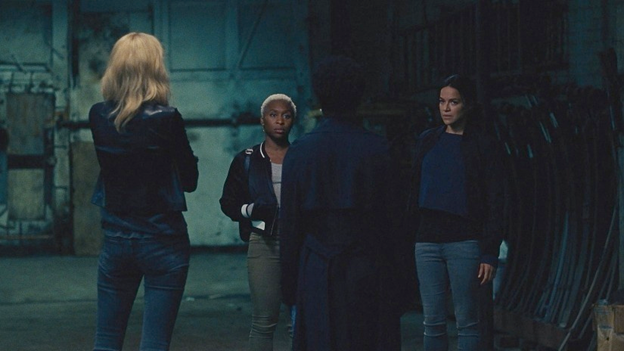 Whether it’s the police shooting in front of Obama-era campaign posters or a female escort learning the art of the deal from a white-collar architect, WIDOWS and KILLING THEM SOFTLY operate in this strange ballpark where they feel contractually obligated to making throbbing statements about our current social climate, juxtaposing them with outstanding action set pieces, but never finding a harmony with the two. WIDOWS is an average heist film that hastily comes together via plot contrivances, and a really interesting political film that ought to be more resolute. It wants to be accessible political discourse for those of us who don’t have the patience to watch THE WIRE, but anyone within that target demographic will read this film as a dreary OCEAN’S 8 companion piece.

And somehow, despite all of these negative criticisms, it’s still just really great filmmaking. WIDOWS is McQueen’s worst film to date, certainly his most forgettable, and yet somehow also one of 2018’s best. It’s fun, it’s clever, but it’s also just a little too black-and-white, a little too drab, and a little too shortchanged. It wears the failures of a TV-to-Film translation on its sleeve, its characters not distinct enough, and not getting the necessary introductions to make us really care about the outcome of the final heist. It’s, for better or worse, a film propped up by the immense talent of its creators. When scenes feel illogically organized (Kaaluya’s are a great case in point), WIDOWS has you convinced that you’re watching a great film because its actors are so committed to the bit. Sometimes all you have to do is be thrilling, and WIDOWS is nothing if not that.

I Spent $40 on SPYRO: REIGNITED and All I Got Was Ennui