It bears stating that I’m not a LITTLE WOMEN expert of any kind—I read the book somewhere in middle school and I, like everyone in my class, had a rude sexual awakening via the girl who played Laurie in our middle school production of the stage show. Somehow, though, I have always had the plot committed to memory (must come with the white woman starter pack). I feel like there’s a chip implanted in my brain that’s made me care deeply about the March family for years, and apparently the same can be said for practically everyone I know. This all goes to say that people really love LITTLE WOMEN.

Greta Gerwig’s interpretation of Louisa May Alcott’s 1868 novel follows an unconventional timeline—beginning with the latter half of the novel, which features the four March sisters grown up and separated, and jumping back and forth to the beginning of the novel, with the young March sisters growing up together in Concord, Massachusetts. Writer and director Gerwig further tweaked the original story by adding in excerpts from Alcott’s personal journals. It’s kind of unreal how Gerwig has taken something that is so fondly known and found a way to seamlessly add new layers to it without making it seem desperate to be New and Edgy. 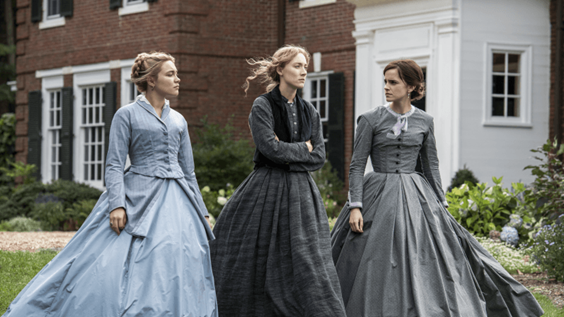 The thing about period pieces is that they tend to be unbearably inaccessible to the average viewer, particularly those who don’t care to keep up with the era’s vernacular. While LITTLE WOMEN is pretty faithful to the source material, the choice to modernize a good amount of the dialogue only makes it more appealing. The other thing about period pieces is the sense of coldness about them—while remaining era-appropriate, many directors lose touch with the vibe and are left with an unsympathetic, unwelcoming piece. But what Gerwig accomplishes here is akin to what Joe Wright accomplished with PRIDE AND PREJUDICE (2005)—the piece feels fresh and edgy while retaining the warmth and coziness that we’re all secretly yearning for in period pieces. The March house feels warm and full and lived-in, a layer of texture that only makes the film more welcoming, rewatchable, and believable. You believe Beth when she says all she wants is her whole family in this house, together, you understand why Laurie enters for the first time and never wants to leave.

The beauty of LITTLE WOMEN can be found, as in all of Gerwig’s films, in the minutiae. From the way Amy (Florence Pugh) plays with her nose to Laurie (Timothée Chalamet) so subtly catching a whiff of Jo’s hair upon their first meeting, it’s these tiny moments that breathe even more life into the 151-year-old novel and remind the viewer of the incomparable nuance that Gerwig is capable of. This LITTLE WOMEN is more than a remake, it is an illuminated manuscript. Her seemingly effortless ability to capture the controlled chaos and the devastating frivolity of youth is on full display here, and having spent the majority of her career painstakingly seeking to capture the glorious dishevelment of young womanhood, LITTLE WOMEN is a natural progression for Gerwig’s filmography. 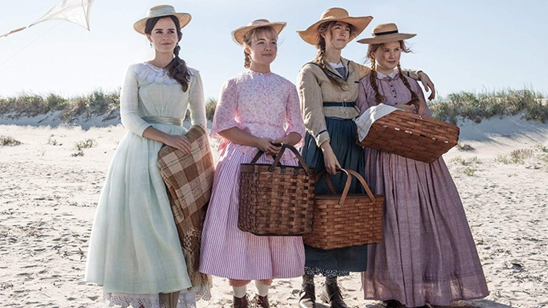 Every choice Gerwig made here was so intentional and so exceptionally focused on elevating the source material, because LITTLE WOMEN is more than just source material here. LITTLE WOMEN is a sacred text, it is the bottom line of great female (let’s be real, white) American literature. It is in every home, it is in every school. And the thesis statement of LITTLE WOMEN, as stated previously, is the core value of Gerwig’s work: that our female relationships are what create us, what nurture us, and ultimately what should define us. The original ending of LITTLE WOMEN has always been deeply unsatisfying—our beloved, headstrong Jo refuses to marry… until she meets this lame old guy who negs her until she falls in love with him. Gerwig takes what was a disappointing ending for Jo and gives her agency over the situation: does Jo marry the professor? Is he someone she wrote for the character in her book as demanded by her publisher? Or is he the answer to her loneliness? Gerwig’s statement is clear: it doesn’t really matter. What matters is that Jo publishes her book that honors the importance of her relationship with her sisters and speaks directly to fellow young women.

Gerwig’s greatest ally in the elevation of LITTLE WOMEN is her cast, particularly Saoirse Ronan as Jo and Florence Pugh as Amy. The most contentious relationship in the book, Jo and Amy’s constant back and forth has always been committed to screen with full affection for Jo and downright disdain for Amy. Here, we walk out with a new sympathy for Amy—the youngest sister who has always been portrayed as whiny and bratty now acts as a foil for Jo. The complexities of their relationship are only boosted by the performances of Ronan and Pugh, who, with simple glances, communicate pages, chapters, lifetimes of subtext. It’s annoying to say but Timothée Chalamet’s face was hand-crafted by Aphrodite to burn, pine, and perish, and it’s so annoying that he’s so good at everything about Laurie and it is so hot and so satisfying to watch both Florence Pugh and Saoirse Ronan yell at him. 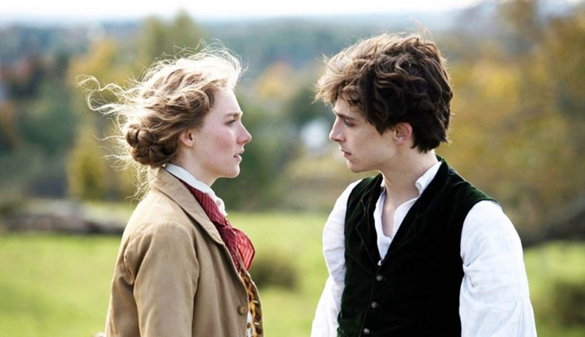 In this era that so egregiously lacks original storytelling, it feels tacky to call LITTLE WOMEN revolutionary, but in this era that continues to beat content out of the most soulless zombified remains of intellectual property that’s swiftly entering public domain, it’s exhilarating to see something “old” that feels so new. If this is the pivot that Hollywood is unfortunately making, then I suppose it’s important to gas up films like LITTLE WOMEN—films that honor their source material while expanding upon it in less obvious ways than a “gritty reboot.” It’s not something inherently male that was remade by just copy-pasting in female names, it is a female story at its core, and manages to remain timeless despite being firmly rooted in its time. The subtleties of Gerwig’s influence on the story continue to sneak up on me in quiet moments and pull my subconscious back to the March house with a sense of longing and nostalgia that doesn’t feel gimmicky or forced. LITTLE WOMEN is rewatchable to eternity, it is lightning captured in a graciously bound book, it is a tiny gift for every generation of women from every generation of women. Thank you Greta for being the messenger.