In light of the current times, I wish I could tell you that someone’s come bursting out the gate with the hot new bingeable series you can’t wait to start on! But even in this most unusual of Marches, it seems we’re still slogging through the bottom-tier TV dumping ground. Still poignant commentary all around however—particularly Wyatt’s effective skewering of a book that was deeply important to me as a child! Read on! 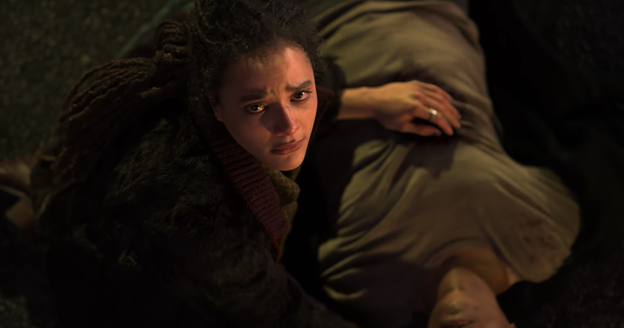 I’d never heard of the original 1980’s AMAZING STORIES series, a Steven Spielberg-helmed horror and fantasy anthology series, but I’m a sucker for any kind of anthology, so I was excited to check out the 2020 reboot. Or shall I say, attempt at a reboot? Usually the idea of a reboot is to modernize the idea of everything to make it feel up to date, but the new iteration of AMAZING STORIES still feels as though it’s stuck in the ‘80s, except everyone has iPhones and one time they mention millennials. Other than that, it’s exactly what you might expect from a slightly shorter ‘80s TV movie (each episode has a run time of an hour), complete with wooden or sometimes astoundingly bad acting. Actually, it might be worth a watch just to see how bad some of the acting is. So far there are only two episodes out on Apple Plus, but neither of the episodes do anything fun or unique or different with the horror anthology setup; cold openings of SUPERNATURAL have done a better job with unique horror twists than this show. Maybe it should be called “Mediocre Stories.” That being said, it’s not a great show, but it’s not the worst, either. It’s a fine diversion to put on while you eat your lunch. [Anna Mansager]

What can be said about BREEDERS that hasn’t been said about thousands of other half-hour family comedies? Martin Freeman is good at being a bedraggled dad, and as a big BETTER CALL SAUL liker I’m obviously amped that Michael McKean plays his handful of a father-in-law. Beyond that? It’s a show about two embattled parents who can’t get a minute to themselves. You’ve seen this before, and you’ve probably seen it done better. The complacent manner in which BREEDERS meets the bar—but never raises it—does nothing to separate it from the herd. Watch it or don’t; it’ll be impossible to remember if you did by the time you leave quarantine anyway. [Ed Dutcher] 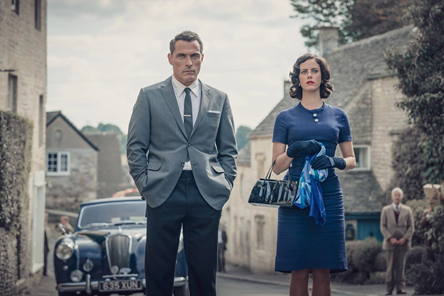 I may have made a mistake by starting to watch THE PALE HORSE in the middle of a global pandemic. From the initial collection of shots: pickled snakes in jars, dead rats in sinks, a palm reading, the unpacking of a stuffed polar bear, I realized I had invested in something very unique and heavy. In all of the cacophony and chaos of the initial few scenes, it can take a moment to get your bearings as an audience member. The plot is told initially in staccatos, bursts of information that cycle quickly. While this choice means that it may take longer to crack open the true meat of the story, it expertly sets the tone and mood in a way that feels uncommon for shows today. I don’t mean to suggest, however, that THE PALE HORSE is slow or lagging, actually quite the opposite. Rufus Sewell neatly plays Mark Esterbrook, a polished, well-suited, antique dealer in 1960s London who finds himself entangled in terror when the women he sleeps with continue to end up dead. As the mystery unravels, the tone of the show ramps up as well. Part folk-horror, part bloody thriller, sprinkled with a bit of the Don Draper-esque, THE PALE HORSE is steadily entertaining and engaging, if that’s the kind of thing you’re looking for right now. [Anna Thorup] 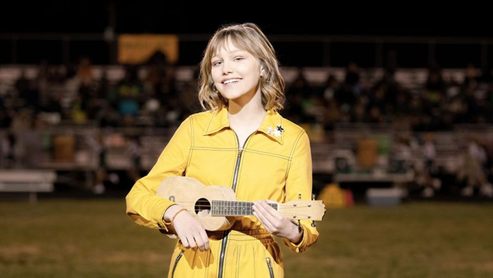 STARGIRL has the name and look of Netflix filler, likely cheap to produce but easy to watch, a film that without much thought or challenge adapts a YA novel of yore (in this case Jerry Spinelli’s Stargirl, originally released in 2000) and infuses it with (likely?) crossover appeal by casting Grace VanderWaal, the winner of the 11th season of AMERICA’S GOT TALENT, as the titular character. The story initially follows male lead Leo, who lives in a small town where no one expresses themselves. His high school, town, and life are completely forgettable save for the mysterious necktie gifts he receives every year, left on his doorstep. A new student, Stargirl (VanderWaal), comes and invigorates his outlook by singing and playing songs on her ukulele and generally being a creative person relative to the rest of the people in Leo’s life. Leo and Stargirl fall in love, but not without being challenged by Leo’s community, still resistant to Stargirl’s positivity and freedom of expression. A problem the couple has to deal with if they’re ever to be happy together. If this already sounds familiar, you’re not wrong.

The problem with this movie is that it’s 15 years too late. In the mid-2000s, it was still a largely unquestioned trope to have a depressed guy get all of his personal problems fixed by a seemingly perfect, cheerful, quirky girl. Stargirl the novel’s release was perfectly timed to ride that trend to success. The film, released now in 2020, has 20 years of feminist film theory to navigate, even as a film primarily intended for children. The perfect comparison for this movie is GARDEN STATE, but for kids and far too late. All of STARGIRL has the same energy as the infamous scene from GARDEN STATE where Natalie Portman shows Zach Braff music that will “change your life forever.” Viewers were already sick of this type of movie, with mass criticism over ELIZABETHTOWN, so releasing another “quirky, mysterious girl” movie for kids now just feels dated and boring. With that said about the story, VanderWaal does do a good job in the movie playing Stargirl. She’s clearly a talented musical performer and the actual musical compositions in the film are admittedly very catchy. The message of the film, to be yourself even if it makes you different from everyone else, is a meaningful idea to pass on to potentially young viewers on Disney+, but it’s a shame that it had to be packaged and delivered with such cliche and backwards material. [Wyatt Lemoine] 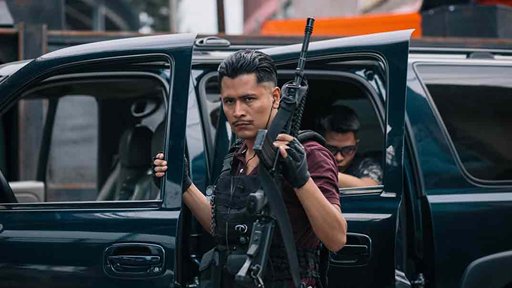 Cocaine has been done to death. The recent slate of drug lord dramas started with BREAKING BAD and mostly consist of cheap BREAKING BAD imitators. The genre jumped the shark around the time NARCOS came out with its third season, but Amazon seems to think that the white can still bring home the gold. ZERO ZERO ZERO goes through familiar paces with professional competence, but fails to deliver jaw-dropping moments.

The pilot moves at breakneck pace through three storylines surrounding the same shipment of cocaine. The Italian buyers, the Mexican sellers, and the American brokers comprise three of the four branches of cocaine as established by the intro. The fourth is users, but there’s no time spent on super sweet Hollywood/frat house parties. The rapid succession of powder-organizing shots, shootouts, and car chases left me more confused than awestruck; I couldn’t tell you anybody’s name with a gun to my head. It’s a by-the-numbers remix of the same old coke dealer story. ZERO ZERO ZERO might garner a small following of demented crime show hogs, but has nothing to offer anyone else. [Dan Blomquist]