This week in TV Land, Netflix’s swing at ‘90s nostalgia is a miss—but the infamously phallic British coming-of-age tale is quite a hit! That, plus SyFy’s perfect brand of hyperviolent schlock and this winter’s most hyped spin-off. 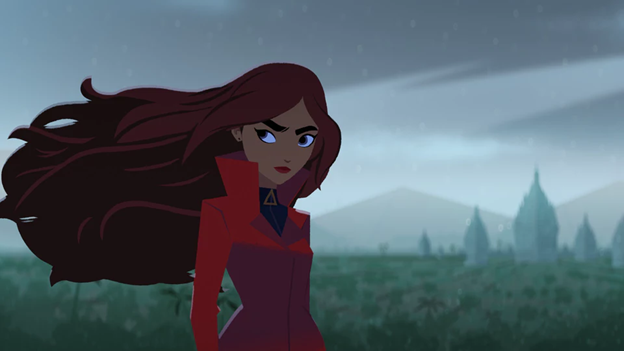 Where in the world is the spark of Carmen Sandiego? The newest reboot of the geography-centric WHERE ON EARTH IS CARMEN SANDIEGO (now simply known as CARMEN SANDIEGO) was fairly well-anticipated, but unfortunately, the final product falls a little flat. There’s nothing unforgivably wrong with the show, but there’s nothing particularly stand-out about it either. The animation style is flat and unexpressive, bringing to mind the flat animation of point-and-click computer games which played a key role in this franchise—although, at times, the flat style does suit the backgrounds, bringing certain geographical locations to life in minimalist style. Carmen herself is a fun character, but the mystery which has always surrounded the character in the past is no longer very rewarding, as pretty much everything about her backstory is completely revealed in a clunky, two-part pilot. If the backstory had been revealed in pieces throughout the season Carmen may have been able to keep up her air of mystique, but as everything was revealed at once, the series lost a little steam for me right at the start. The show does pick up a little and find its stride once the pilot is out of the way, but at most, the stories are simply functional and are missing the heart and spark that makes a truly great animated series. You probably won’t be missing out on much if you skip this one, but if you’re curious and decide to make a go of it anyway, you’ll probably get something out of it—but definitely skip the pilot. [Anna Mansager] 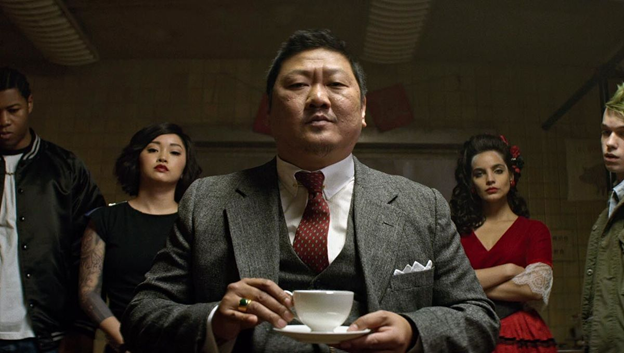 At about the halfway mark of DEADLY CLASS, our antihero Marcus (Benjamin Wadsworth) declares something to the effect of “I’m going to assassinate Ronald Reagan.” That line, along with a few other instances of Gipper-based satire, comprise the only good parts of this pilot. While some lines and scenes impressed me more than any other SyFy project I’ve seen, DEADLY CLASS quickly devolves into a trope-laden high school drama. The hyperviolent twist meant to set it apart results mostly in confusion and B-tier action sequences.

Living on the streets after being made an orphan by a horrific, Reagan-caused accident, Marcus gets chosen by the stoic Master Lin (Benedict Wong) to enroll in King’s Dominion, a school that trains the world’s most elite assassins. Lin explains that the school was founded to give commoners the tools they need to overthrow their masters and forge a bloody path to liberty. So naturally, the school’s student body consists of the world’s most famous oppressed groups, like the CIA, the KGB, and the KKK.

Flimsy premise aside, what disappoints me most about this pilot is how specific political critiques take a backseat to nihilistic voiceovers about God being dead and life being an endless shit parade. Now, I remember being an edgy teen. A decade ago, this would probably be my favorite show. But there’s nothing shocking or profound or funny enough about DEADLY CLASS to compensate for the total lack of nuance. I’m glad that this show exists because I think it will give depressed middle school atheists a sense of belonging, but those outside of that audience will be left sad, bored, or both. [Dan Blomquist] 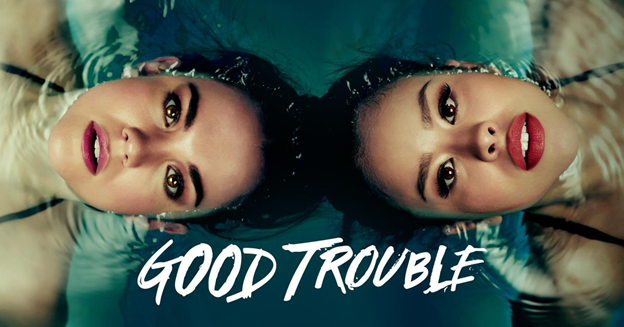 The horniest thing you can do is make out with you pants on, which is about the only lesson or takeaway at large I can say I left Freeform’s GOOD TROUBLE with. Freeform will forever be a beguiling temptress for me, as their programming has no rhyme or reason and they’re in a gray area between hokey network melodrama and prestige television tackling of larger issues, but whereas anomalies like GROWN-ISH can occasionally soar, this is another firmly in the shit department. A spin-off of Freeform’s series THE FOSTERS, which you and I have both definitely watched, GOOD TROUBLE follows foster sisters Callie (Maia Mitchell) and Mariana (Cierra Ramirez) as they head to the City of Angels. There’s nothing like the story of two hopeful youngsters heading to crowded, impacted LA to gentrify it further that gets my blood boiling, but I suppose in a begrudging stroke of respect, Callie and Mariana work in law and tech, respectively, which at least prevents any nausea-inducing looks at the entertainment industry. Unfortunately, the rest is dead in the water. Lines that have to be heard to be believed involving the use of the word “lit,” the fact that we never see any exterior shots of the city or ever see anyone in a car apart from the opening freeway ride, and well-meaning, if tired, broad strokes of social issues leave this without much to write home about. Sure, I suppose it’s nice that this offers another portrayal of sexism in the tech industry as far as Mariana’s concerned, and Callie clearly feels guilt over the fact she can’t convince her judge boss to rule on the side of the family of an unarmed black man murdered by the police, but… is GOOD TROUBLE really the best show to explore these themes with the nuance and delicacy they deserve? There are kernels of something here, as the co-op that Callie and Mariana end up in is effortlessly diverse, the occupants of the same showing undeniable chemistry in the sole family dinner scene they appear in, the highlight of the pilot, but all in all, you’re probably better off with pretty much anything else. [Thomas Seraydarian] 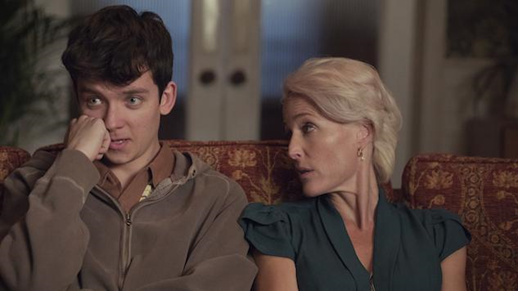 Depending on your algorithm, Netflix’s latest British teen romp may not have landed in your queue, but for a long-standing veteran of PEEP SHOW and even an unfortunate passerby to LOVESICK, back when it was known as SCROTAL RECALL (yes, really), Netflix went to particular lengths to make sure my eyes were on this one. And I’m thankful they did! The press proclaiming this as the wholesome antidote to 13 REASONS WHY isn’t far off the mark. Both are heightened looks at the mires of high school relationships, platonic or otherwise, but SEX EDUCATION has a remarkably empathetic and caring core beneath its laugh-out-loud funny veneer. The American entertainment juggernaut simply could not fathom handling a show with this premise in this tasteful, restrained, and dare I say mature of a manner: Otis (a delightfully socially inept Asa Butterfield) starts up a homegrown sex therapy clinic at his high school with his crush-from-afar Maeve (Emma Mackey), juggling his own late-blooming sexual awakening, relentlessly analyzed by his sex therapist mother, Jean (Gillian Anderson), and his fish-out-of-water friendship with his gay best friend, Eric (Ncuti Gatwa). If you forgot what high school was like, here’s a new flash for you: sex is often painfully awkward, and everyone’s got questions they feel like they should know the answers to. For anyone who wasn’t born a porn star, SEX EDUCATION is refreshingly relatable as Otis helps his peers with a menagerie of bedroom issues you likely faced six-to-eight years ago, albeit it with a dash of the less-is-more dryness of British humor we know and love. Never stooping to the obvious crude joke and treating each of its characters and their hang-ups with respect, this is a show that feels fundamentally sweet, with a subtle but no less important mastery of situational comedy to boot: Otis accidentally ending up having to help angry pro-lifers with their relationship woes after misinterpreting picking up someone from an abortion clinic as a date is probably the show’s perfect blend of pee-your-pants uncomfortableness, darkly British sensibility, and oddly touching humanity. Having watched half the season, unless it really takes a turn for the worse, this is 2019’s hit so far. [Thomas Seraydarian]

Why Aren’t You Watching HILDA?