One of the most enduring lessons Daniel Handler’s book series imprinted on a generation, outside of life being utterly unfair or mired in misery, is that some things are best left ambiguous, a word which here means “uncertain and open to interpretation”. After all, ambiguity is what keeps any good mystery alive, even years after the sun sets on the original story. And for most who read them, the purposefully vague ends for many of the mysteries present throughout Handler’s works were the best way to finish a saga revolving around unrepentant misfortune. However, streaming audiences (and even Handler) seem to have changed their tune toward upholding this belief, deciding a decade’s wait is long enough to shed light onto what honestly could have been left in the dark, and upending the whole thematic conceit of a beloved series in the least Snicket-y way. But, I am getting ahead of myself.

The tragic tale of the Baudelaire orphans and their increasingly dire encounters with Count Olaf reached its dramatic conclusion while seemingly slipping everyone’s notice, coming as a sort of bittersweet surprise to start the new year and its collective despairs. Nevertheless, the show’s third and final season, despite clear visual signs of a lower budget, is arguably the strongest the show has under its belt. It hit all the marks of a typical final season: stakes were raised to an all-time high, our key cast has finally came into their own, and the series’ trademark absurd flair hit peak refinement while graciously subduing itself when the melodrama came to tug our heartstrings. And if I were to rate this final season holistically, I’d say that the last foray into the lives of the Baudelaires is a mostly satisfying ride… at least until its final moments. 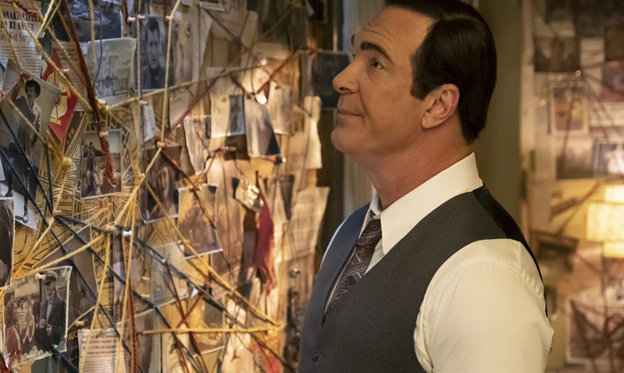 Pictured: Me, trying to think of ways to come off as less of a snob

ASOUE, like many book adaptations, is definitely no stranger to editing its source material, running the gamut from great to egregious. And to be fair, the good ones do benefit this interpretation. I don’t think anyone is going to complain about the expanded development of practically every character or Lemony Snicket actually contributing to the plot; they’re undeniably the strongest aspects of the show, and bring more investment to the material from an audience perspective. But on the other end, things start to get… questionable. Shoehorning in the VFD from the get-go and inflating their importance, creating relationships that attempt to be answers but end up more as contrivances, and noticeably shifting tone to hone in on the absurd rather than the dark edge it came packaged with all start to communicate something else at play about this adaptation.

If Handler wasn’t so heavily involved in the writer’s room, it may be chalked up to showrunners attempting to lighten up the material to make it appeal to broader audiences. But with him on board and knowing his history with writing the books, especially the whole secret organization subplot not being thought up until nearly halfway through and his shift in mindset after penning the series, it may be more pertinent to claim this show is acting more as a reboot than an adaptation. This isn’t inherently a bad thing. One would assume both the production and Handler tailored these developments with book fans in mind, acting as a way to appease them in addition to utilizing the show to retcon the story into what he “wanted” to write. But (without going into a massive “Death of the Author” discussion), it can also be viewed as damaging the established appeal, especially when it starts to alter the mystery angle and the themes of a text tied to… well, unfortunate events. 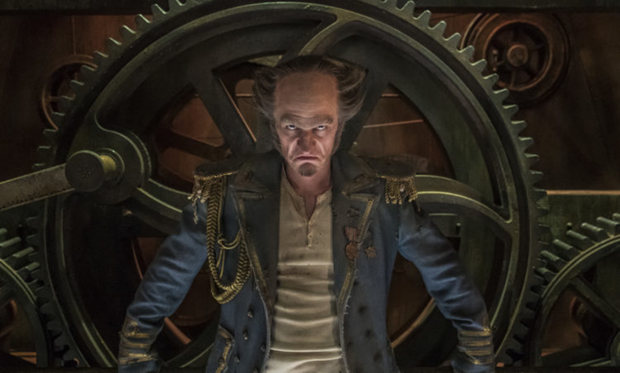 No one could have foreseen VFD meaning “Virile, Fashionable Dynamo.”

Which brings us to The End. As mentioned before, there is a lot of importance associated with  the thematic element of the series. It’s something many fans feel give ASOUE its identity, debatably more than the absurdity or the woeful story it weaves. And to the final season’s credit, its penultimate episode embodies its source material more masterfully than any other point throughout the three seasons, proclaiming through somber reprise that there’s no happy ending, if there even is one at all. “The End,” in both mediums, strays from the formula we’ve become accustomed to and is meant to be a figurative and literal culmination of those themes, more so than a plot-heavy finale. With our villain dead and everyone we knew along the way either likewise or nowhere to be found, our final image is of the Baudelaires adrift at sea, their fates, the VFD’s, and the survivors of every other sad story wrought from their own left obscured… and then the show just kind of says “nah, nevermind.”

The last few minutes lay everything bare, pulling back the curtain on any mystery element the show had, and gives us all the saccharine feel-good ends you’d come to expect from other shows. All our surviving cast get closure, Baudelaires included, and they all live to see their happy ending. And while part of me is satisfied to see a heartfelt reunion for the Quagmire triplets or the Hook-Handed Man, and acknowledges the mentality of this arguable replacement’s existence, I just can’t help but feel the antithetical sweetness ironically sours the experience more than the vague ends ever did. The images we are presented felt hollow rather than fulfilling, and when considering the whole “reboot” notion of Handler getting his chance to take advantage of his unique situation and rewrite his own story, it all kind of compounds to feeling pandering more than leading me to think the ending was actually satisfying. 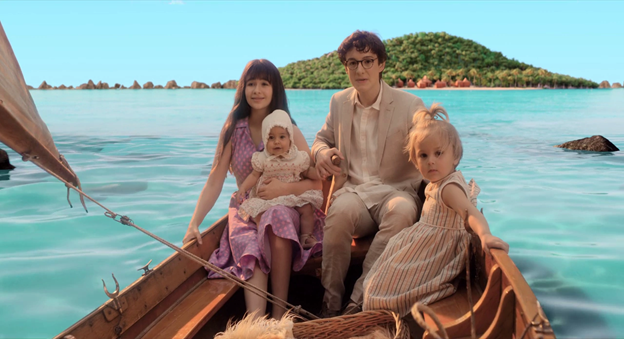 Regardless of what the end-reveals even showed us is largely beside the point. Rather, it’s the idea that the show forgoes its identity and the meaning many have derived from it in favor of debatable “authorial intent” that is a bit of an issue. Handler’s desire to clear the air and present/modify information that doesn’t make sense in this tale of sorrows and woes, and replacing the themes we know with Word-of-God, seems vaguely self-indulgent and arguably isn’t even his right to do so. By knowing what happens, we’re robbed of any introspection that could have been derived from that ambiguity, and instead just kind of move on to something else. I won’t pretend that there aren’t fans who are satisfied being given answers to decade-long mysteries, or that Handler probably isn’t happy to have brought the Baudelaire’s story to a concrete close. But at the crux of everything, the happy endings we’re given just diminish any impact they have when it undermines the rest of the series’ message. It’s just not how this story goes.

Fyre Festival: Living in an Era of Constant Bullshit