Podcasts tend to specialize in stories of the small and the everyday. THIS AMERICAN LIFE is based on the premise that the lives of ordinary people can be every bit as interesting as the lives of the rich and famous, REPLY ALL is mostly about solving people’s tech problems, and shows like RISK! and THE MOTH are premised on people’s right to tell their own tales. By their nature, podcasts are very intimate; privately listening to other people talk makes them an ideal space for discussions of minutiae that wouldn’t be considered exciting enough for even local news, but is all the more relatable for it. PERSONAL BEST slots in perfectly in the category I think of as “podcasts of the mundane”; taking the minor bad habits of people and attempting to help them develop better alternatives, all while approaching problems with a balance of sincerity and levity.

Hosts Rob Norman and Andrew Norton act as quasi-life coaches for the people who are the subjects of every episode. There are no grand sweeping statements about human nature, there’s no attempt to transform the subjects into entirely new people, there’s just the earnest effort to help people get over a major roadblock and keep moving forward with their lives. The show has a knack of finding people who generally have their lives together, but have just one major issue holding them back from seeing themselves as fully realized adults.

Of course, the subtle irony of PERSONAL BEST, and what makes it so relatable, is that each and every one of us has similar blind spots, habits we’re ashamed of that keep us from perceiving ourselves as having “made it”. Generally speaking, the people who appear on the show have good things going for them in one way or another; they mostly seem to be doing a good job at taking care of themselves and living a full life, but they see themselves as somehow deficient because of one bad habit. While Rob and Andrew are willing to go to pretty absurd lengths to help people change, the implication throughout the show is that none of the subjects were really deficient to begin with. It’s this gentle humanism, the acceptance of people as who they are, and then the willingness to help them anyway, that truly makes the show spark. 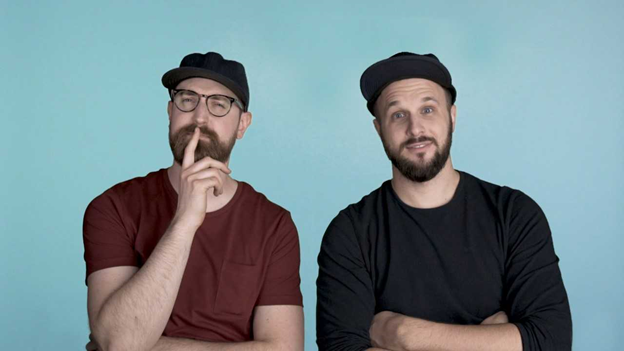 The second season of PERSONAL BEST just kicked off, following Chandler, a filmmaker who’s never managed to get a credit card as an adult. Like the best episodes of the show, it’s not so much about helping Chandler navigate the process of getting a credit card (it turns out companies are very willing to let you take out credit) as it is about convincing Chandler that she’s capable of handling the responsibility. It’s a great place to jump in to the show, but there are also only 10 episodes in the series, so it’s no trouble to start from the beginning and get caught up. So give the show a shot; hopefully you’ll come away remembering to just try to keep improving, and to accept improvement for what it is, however small it may seem.