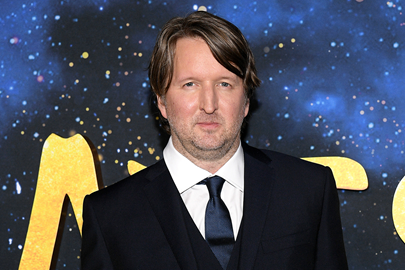 Before you ask, no, I am not done talking about CATS (2019), and at the rate the world is going, I do not plan to be anytime soon. And guess what? I’m not alone! I’ve been hosting a CATS (2019) virtual movie night every “Caturday” for the last few weeks. Not only do people show up, our latest screening with the Director’s Commentary reached double digit attendance. Having experienced it, it’s easy to see why: Hooper—seemingly having ingested an entire bottle of Benadryl pre-record—is in complete denial of the true nature of his creation, instead describing the film as a “medieval morality play” warning against the dangers of “tribalism.” Bustopher Jones? That’s a metaphor for “the dark power of addiction”! Jennyanydots? That’s a metaphor for women in the 1930s who were confined to the house and couldn’t live up to their full potential! Why does Judy Dench address the camera for five straight minutes at the end of the film? Because otherwise it wouldn’t have made sense—DUH! Hoops’ justifications for his directorial decisions in CATS are almost as good as the decisions themselves. One would think by my 10th viewing I would have run out of ways to experience CATS (2019), but I’ve only just begun. [Kate Brogden] 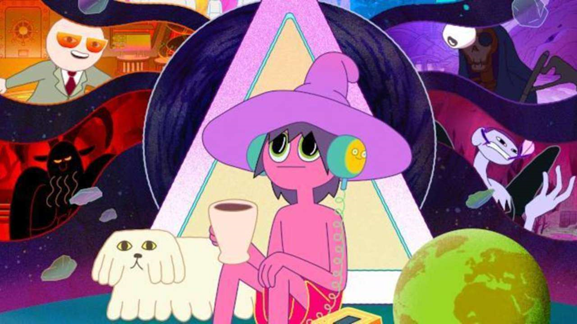 THE MIDNIGHT GOSPEL is scrappy, messy, and gorgeously intent on providing comfort and good vibes up against the dread of life. Series creators Pendleton Ward and Duncan Trussell take a heavily stoned and giggly approach to looking at the roller coaster of existence, turning discussions with experts and generally wise beings into dense and vibrant animation journeys. The mashup is risky and potentially alienating; this thing is loose and often multi-minded at any time, either making it rife with replay value or just entirely frustrating to watch as a whole. Long story short, it’s entirely my kind of thing. Bright, absurdist, semi-anarchic visual storytelling up against frank and heavily improvised conversations regarding death and existence? Almost directly following up the release of Dan Deacon’s Mystic Familiar (my thoughts on which you can read here and probably connect the dots of why I love this show)? Yes please. I’ll take two, and a third in a to-go box. Also fries. Well done.

I wrote my piece on that album before the world entered this new chapter of panic we’re just barely getting acclimated to. Mortality is on the mind on a daily basis, and this show has been a great balm for such intense mental living, on top of pre-existing anxiety, depression, and grief. Pendleton Ward’s artistic work is absolutely vital and worth high praise, as it tends to go on its own adventures separate from the dialogue, occasionally matching up for in-world action context, but always creating living, breathing cartoon metaphors using the themes and often literal imagery presented through the conversations. Think of it like a cross of Richard Linklater’s WAKING LIFE and Adult Swim’s show SUPERJAIL: playful, chaotic, and alive. But what gives that work fuel is the endlessly charming, jester-like quality that Duncan Trussell brings to his performance and these talks. For the uninitiated, Duncan’s past with podcasting has been on the cultier side, talking often about mental illness and psychedelics. His personality is just as colorful as Ward pens it to be, and the show’s strength is in keeping the improvisational nature of these talks as the spine. It sounds like a traditional podcast interview, but plays like a self-aware Looney-Toon unraveling and mutating itself after thinking too hard on its own existence. Highlights include an exploration on forgiveness, as well as an EDGE OF TOMORROW-esque meditation on Buddhist observances regarding the soul.

The show’s masterpiece is its final episode, “Mouse of Silver,” centered around a podcast Duncan recorded with his mother three weeks before she passed away over a four-year battle with cancer. They’re both so very aware in their conversation of her looming passing, and they end up talking about everything: her feelings approaching whatever the end means, and how someone could even live with the absence left in someone’s moving on. I believe this particular episode justifies the radical form this piece of art takes on, becoming a transcendent personal experience you can feel the pumping blood from within, as the animated journey conducts itself in an unbearably sweet and humane manner. I couldn’t help but weep as this episode unfolded itself. Watching two imploding planets cry as they say goodbye to each other is just the kind of therapeutic artistry my soul craves. This episode looks inward, and finds that the love we did get to share with those that have passed, still exists through us as we live on. We’ll share this love with those that are still around, and it will persist and keep us together as we rocket toward whatever oblivion awaits all of us.

THE MIDNIGHT GOSPEL doesn’t navel-gaze for kicks, but because these big questions plague us all. The musings it serves up are scary, thought-provoking, and often, comforting. Even if it is a little out there for one’s taste, the documentary-like venturing into these fearsome concepts is noble and tender, and brought on with a goofy, fun-loving smile. On top of it all, it’s an eye-catching feat of animation and visual storytelling, play, and the wild middle ground found between the two. Even if you don’t love it, I believe it’s a sight to behold at least once. [Rocky Pajarito] 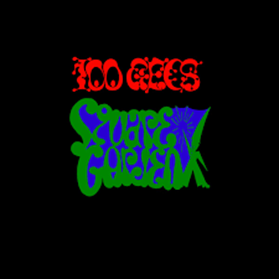 If there’s anything I’ve noticed about These Trying Times, it’s that it’s getting progressively harder to write an introductory paragraph that doesn’t endlessly recycle the same things we’ve been hearing for the past six weeks. But as the weather heats up and summer continues to approach, unconcerned with the geopolitical affairs of the world, it feels like we’re all getting that much more stir-crazy, especially if you’re doing what you should be doing and maintaining social distancing. As such, somewhat echoed by my piece on Alex G’s “Soaker” last week, it’s been harder to keep my head up than usual as of late, but a certain electronic duo that’s near and dear to my heart gave me the best four hours I’ve experienced in 2020 this past Friday with the unprecedented cultural event that was Square Garden.

It says something about their influence on larger internet culture that “100 gecs throwing a virtual music festival in Minecraft” honestly doesn’t even seem all that out of the ordinary in April of 2020, and Square Garden proved to be just as impressive, curious, meticulously crafted, and fun-loving as you’d expect if you’ve been previously acquainted with Dylan Brady and Laura Les. Occurring in a massive Minecraft realm that was chock full of visual imagery related to “clues” that will lead intrepid ARG players to the online location where their impending remix album TREE OF CLUES allegedly resides, for those invested in the larger lore of gecs, there was a veritable treasure trove of Easter Eggs and references to unearth, from the fact that the concert occurred in the hollowed-out trunk of the gec tree, to the Minecraft store where you could buy pixelated approximations of the merch exclusive to 2019’s Secret Tour, to the giant, looming specter of Ratphoquer the Rat, to the sign at the very tip-top of the tree for those who figured out a way to ascend it that simply said “Gassed-Up Yoda.” But even if you’ve done things with your life the past 11 months that aren’t listening to 1000 GECS and extensively browsing the subreddit, Square Garden was also just simply a really excellent and forward-looking take on what a music festival can be and mean in the digital age.

I’ve long found 100 gecs’ instant ability to form a sympatico community of Online weirdos immensely impressive, and the synergy at Square Garden had to be experienced to be believed from the first notes of 99jakes and Alice Gas’ back-to-back set. Everyone demonstrating the preferred “everything and the kitchen sink” mentality of influences and inspirations, everything from Free Credit Report dot com commercials to the WICKED OST to Bach’s “Badinerie” found their way into a DJ set at one point or another, with Gupi and Fraxiom’s “Thos Moser” and Alice Longyu Gao’s “Rich Bitch Juice” quoted enough to become comparable to classical recapitulations of theme. With barely any chance to catch your breath between sets, Square Garden kept over 12,000 people, well over half the capacity of London’s O2 Arena (!!!), glued in front of their computer screens for the entirety of Friday evening, unwilling to even get up to use the bathroom for fear of missing the next parameter-shifting bout of creativity. Gupi and Fraxiom going from “Caramelldansen” to “The Hamster Dance”… Cashmere Cat going from “Clarity” to “Cotton Eye Joe”… Charli XCX opening her set with a mix of “Vroom Vroom” and Soulja Boy’s “Crank That”… these are the memories I will recall on my deathbed.

But aside from all that, Square Garden was impressive for its ability to feel like a genuine event with presence and weight. Constantly messaging a wide variety of group chats, all with their jaws on the floor as to what we were hearing, Zooming with my friends from Philadelphia who I was lucky enough to see 100 gecs this past February, headbanging and moshing with abandon from the safety of my home as 100 gecs dropped a set more head-spinning than I could have ever imagined, featuring a sludge metal take on “Eenie Meenie Minie Moe,” the best song blink-182 never released, and an absolutely bonkers Yin-Yang Twins riff about a nasty smell… it really, truly felt like I was at a concert with some of the people I care the most about in the world. Topped off with the stream of the actual Minecraft server, with Parry Gripp yelling to open up the pit as he dropped his early internet classic “Do You Like Waffles?” and a teeming mass of avatars all jumping and moshing when Charli XCX played her infamous, off-streaming cut “Taxi,” Square Garden exuded an energy that nobody else other than 100 gecs could have brought into the world. It was, without exaggeration, the most fun I’ve had in 2020 and let me completely forget about the weight of the world for hours on end. Even if, much like Charli XCX said, “I don’t know what Minecraft is.” [Thomas Seraydarian] 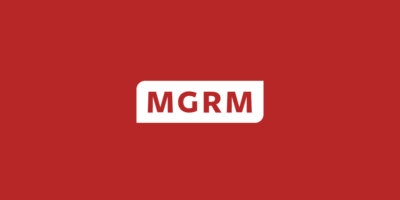